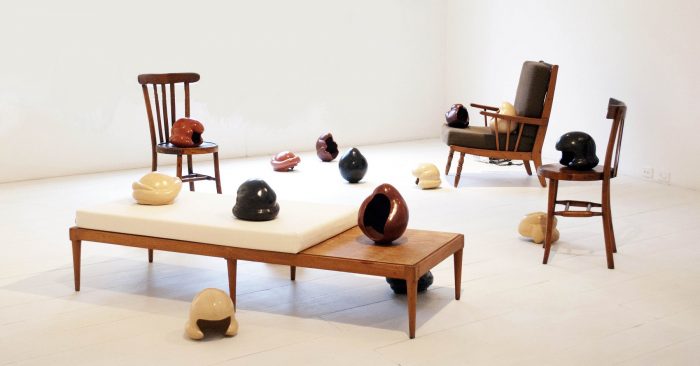 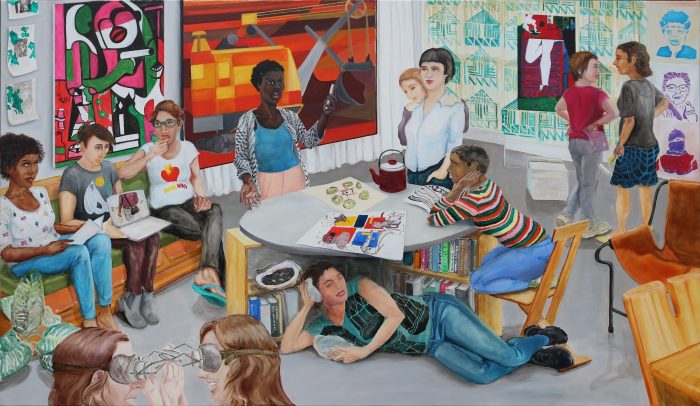 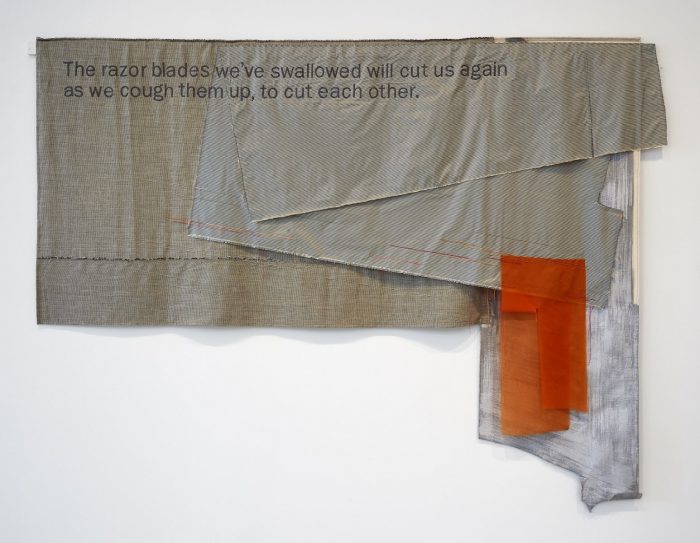 Every year MASP’s programme is guided by a thematic axis designed around different histories, created from different perspectives, including fictional and non-fictional, personal and documentary narratives, diverse mediums and distinct temporalities and territories. Histórias da infância (Histories of Childhood) was set up in 2016, followed by Histórias da sexualidade (Histories of Sexuality) in 2017 and Histórias afro-atlânticas (Afro-Atlantic Histories) in 2018. These histories always inaugurate a large group exhibition and serve as guide to solo exhibitions, workshops, seminars, classes and public lectures that take place throughout the year. In 2019, for the first time this axis will direct not one, but two parallel exhibitions, Histories of Women and Feminist Histories, aiming to recover and disseminate the work of women and feminist artists and to reflect on the possible developments of feminism in the realm of the arts.

Curated by Isabella Rjeille, assistant curator at MASP, Feminist Histories: Artists after 2000 serves as counterpoint to Histories of Women, an exhibition that intends to relocate the work of women artists that were active until the end of the 19th century, by debating the difference of value between the male and female universes, and also between art and handicraft. Feminist Histories unfolds from the 2017 cycle Histories of Sexuality and does not aim to exhaust such a large and complex subject like the relation between art and feminism, but to incite new debates, having as a starting point the work of artists whose emerged in the 21st century.

Feminist Histories was also the title of artist Carla Zaccagnini’s 2016 solo exhibition at MASP, heralding the museum’s commitment to and interest in taking on a feminist approach to art history. In a double role of continuing a project and setting a new chapter in a series of exhibitions, Feminist Histories does not intend, according to its curator, to map feminist art either in Brazil or in the world, much less to associate the work of women artists to specific streams in feminism. “This exhibition does not intend to draw a map of feminist art in Brazil and in the world, much less to associate the production of women artists with specific branches of feminism. Rather, it seeks to understand how the many feminisms are being used as tools to dismantle narratives and transform the way histories are written. This exhibition aims to bring together artists who or may not hold feminism as the central issue in their work but who, in many ways, approach urgent subjects from feminist perspectives,” says Rjeille. “The exhibition wants to show how feminism keeps setting its influence over artistic intersecting struggles, narratives and knowledges.”

According to its curator, in this exhibition, feminism is understood as a “practice that can trigger frictions and both trans-historical (concerning feminist and women artists’ histories) and transnational dialogues, as well as a movement that does not refrain from addressing gender issues alongside social markers such as class, race, ethnicity, generation, region, sexuality and the body.”

By hosting this debate, MASP inserts itself in a network of efforts that have been made for over one-hundred years to rethink differences, insertions and relations between genders. In the past few years, important exhibitions about art and feminism have been set up, like the iconic WACK! Art and the Feminist Revolution, curated by Cornelia Butler (2007), and Radical Women: Latin American Art 1960–1985, by Andrea Giunta e Cecilia Fajardo-Hill, in 2017/18, first presented at the Hammer Museum in Los Angeles and recently adapted at the Pinacoteca in São Paulo. These and other presentations comprehend the period of most visibility of this debate in the realm of visual arts: from the 1960s to the 1980s.

Nevertheless, besides Global Feminisms: New Directions in Contemporary Art, a relevant exhibition by Maura Reilly and Linda Nochlin (2007), few international events—or even the ones produced in Latin America—have the 21st century as their focus. On the other hand, by dwelling on this period, Feminist Histories does not intend to set issues from the past as resolved or leave them aside.

“These matters are not universal, nor could they be posed in the same way in different parts of the world,” says Rjeille. “Discussing feminist histories in the 21st century thus involves not only reassessing, reclaiming, and learning from the legacies of feminist artists, theorists, and activists, but also taking action within the present.”