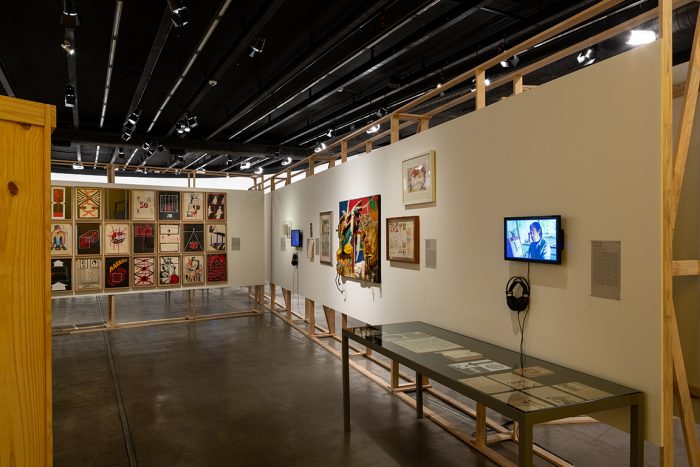 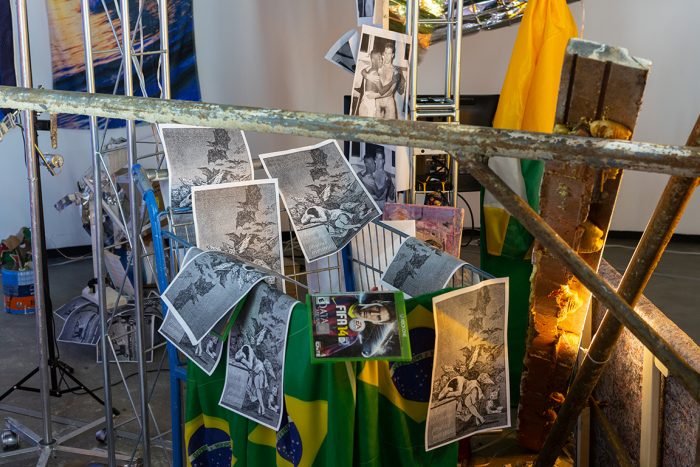 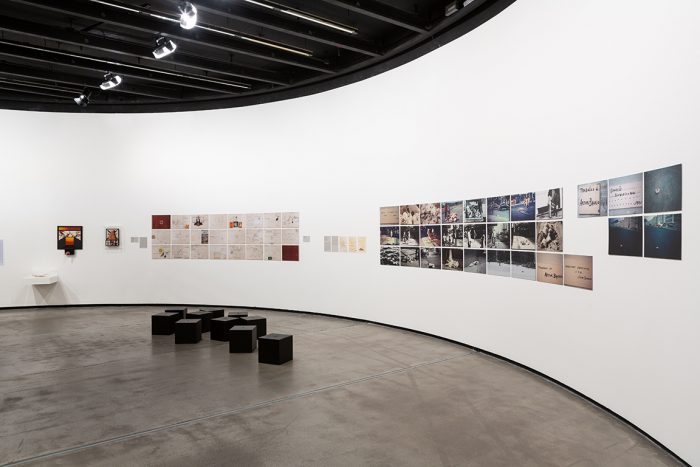 “What is the purpose of an art institution in a country like Brazil, today, in 2018? Even though this doesn’t directly reach the spectators, this is a question that Instituto Tomie Ohtake’s employees face every day, dealing with the responsibilities intrinsic to the work they develop. There are several different answers for this question and one of them involves the continuous revision of art history within a broader social history, believing that both can be renewed when confronted with one another”.

From this reflection, elaborated by Instituto Tomie Ohtake, the exhibition AI-5 50 ANOS – Ainda não terminou de acabar (AI-5 50 YEARS – it still isn’t over yet) seeks to discuss how the loss of democratic rights took a toll on the country’s cultural imagery, in a reaction to the 50th anniversary of the “Ato Institucional No. 5”, which marked the totalitarian toughening of the Brazilian civil-military dictatorship (1964-1985).

According to curator Paulo Miyada, this research focuses on the visual arts production of the period, with works, ideas and initiatives that were born tensioning the ban of political opinion, which became virtually criminalized through censure and repression. In some cases, the works presented in the exhibition were prohibited, destroyed or survived hidden away; in others, their circulation was contained and their expression was submitted to codes and resistance tactics.

As an essay-exhibition, AI-5 50 ANOS – Ainda não terminou de acabar proposes a trajectory that explores different stages of the restriction of our democratic rights and emphasizes multiple dispute, protest and reflection attitudes. There is also a space dedicated to texts and documents from that context, as well as works commissioned especially for the occasion from younger artists, who came in contact with this time frame through history.

According to Miyada, one of the contributions that art can offer even during the darkest times in human history is its ability to broaden the field of what can be said and the meaning before the limitation and prohibition of language. “With this in mind, it is possible to understand that this exhibition isn’t just a memorial to silences and loss, but also to reinventions and resistances, with appeals to the society back then, which continue to stand to the citizens of today”, the curator adds.

The exhibition is divided in themes:

1. Censure during the civil-military dictatorship opposed to the emergence of the idea of “opinion” in artistic production between 1964-1968. It presents examples of critical engagement of the artistic vanguards and the gradual tensioning of silencing mechanisms that begin with moral censorship and end in explicit attacks to the freedom of speech. Some highlights: Essays by Hélio Oiticica and works by Cybele Varela and Carlos Vergara, photographs by Evandro Teixeira and unrealized project by Carmela Gross.

2. Criminalization of opinions after the AI-5 and the transformation of artistic tendencies that, with the worsening of repression strategies, reached its highest tension point between 1968 and 1970. It discusses how artists who actively integrated the transformations in Brazilian art during the second half of the 1960’s produced radical, challenging and bordering works, often close to (or from inside) episodes of imprisonment, exile, torture, and coercion. Highlight include: Testimony from Gilberto Gil, works by and testimony from Claudio Tozzi and Carlos ZIlio, testimony from José Carlos Dias, works by Antonio Henrique Amaral and Anna Bella Geiger, works and new notebook by Antonio Dias.

3. Production of the so-called “guerrilla generation”, which gained recognition in Brazilian art between 1969 and 1970, constantly emulating urban guerrilla’s infiltration, resistance and indistinct strategies in their creative processes. This production sought to occupy places on the margins or outside the institutional artistic circuit, as well as to react to censorship and formal prosecution of their propositions. Some highlights: Works by Antonio Manuel, Artur Barrio and Cildo Meireles. Oppositions and contrasts: Carlos Pasquetti, Regina Vater and Nelson Leirner.

5. Criticism to the expansion of the country’s ideal promoted by the dictatorship. Selection of works that point to the resistance to nationalistic optimism, propelled by the megalomaniac and inconsequential rhetoric of occupying the Amazon, with impacts on the environment and the native populations’ rights. Highlights include: Works and books by Claudia Andujar, work by Cildo Meireles and film by Jorge Bodanzky.

6. Reflection on the institutional crisis that led to the “democratic opening” process, applied to artistic institutions, as well as to other areas, which didn’t undergo a careful and ample process of rebuilding and revision of their premises, when the dictatorship ended in the 1980’s. The subjects emphasized here are provocative propositions in the artistic field, all of which were discontinued or interrupted: the creation of the Museu da Solidariedade (Solidarity Museum), in Chile, by Mario Pedrosa; the idea of the Museu das Origens (Museum of Origins) after the fire at the Museu de Arte Moderna at Rio de Janeiro, also by Mario Pedrosa; and the Encontro de Críticos de Arte da América Latina (Latin American Art Critics Conference), organized by Aracy Amaral to re-discuss the premises of the Bienal de São Paulo.