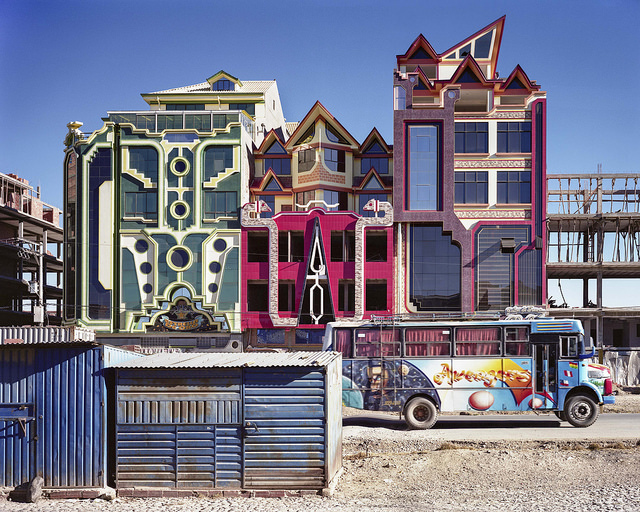 It was amidst the various affairs of censorship that occurred in Brazil’s art world over the course of 2017 that the 20th Videobrasil Festival opened last October. Censorship in this case was the sign of the hardening of Brazilian politics following Dilma Rousseff’s impeachment last year, and of the rise of conservative forces in the public sphere. Brazil’s art community thus used the festival’s exposure to deliver a series of speeches (notably that of Lisette Lagnado, director of the Escola de Artes Visuais do Parque Lage (School of Visual Arts of Parque Lage) in Rio de Janeiro and one of the fair’s jurors) in favor of artistic freedom of speech. Consequently, the prizes awarded this year went to artworks that challenged political status quos through the strong commitment of their artists to both the art world and civil society —see awardees such as Jaime Lauriano, Bárbara Wagner and Benjamin de Burca, Natasha Mendoça, Graziela Munsch, and Emo de Medeiros.

Since 2011, Videobrasil has chosen to operate through one large exhibition, entitled “Southern Panoramas” and composed of artworks selected through an open call by a biannually changing team of curators (this year’s team included João Laia, Beatriz Lemos, Diego Matos, and Ana Patos). This exhibition takes place at SESC Pompei, a cultural and social center built by emblematic architect Lina Bo Bardi in 1986. Since 1992, Videobrasil has been financed by SESC (Serviço Social do Comércio), “a Brazilian non-profit private institution founded in 1946 by businessmen in the trade of goods, services and tourism. It operates in the education, health, leisure, culture and medical care areas through hundreds of venues throughout Brazil and its nearly 20,000 employees. Its revenues come from a 1.5 percent payroll tax on commerce workers, and it is Brazil’s leading institution in arts financing.” [1] Videobrasil is thus quite a luxurious event, able to bring dozens of art practitioners from all around the world to São Paulo to present their work and meet with fellow exhibitors—a privileged position in the current economic climate often envied by other Brazilian non-profit structures. 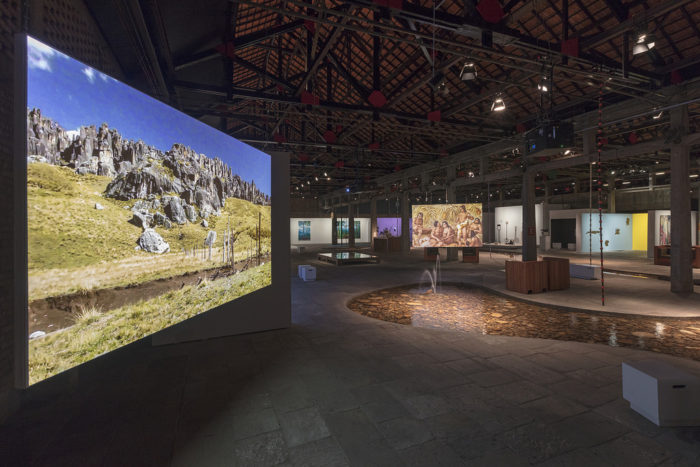 In her preface to the catalogue of the festival, director and founder Solange Farkas affirms the historical importance of Videobrasil as a place where “South-South” dialogue can occur. She reminds us that the “Global South” is a region that sometimes includes northern geographies, defining the “South” not so much geographically, but according to a specific set of conditions mostly built in opposition to the concept of the “Global North. [2]” Farkas talks about a “model of exchange centered on the experience of survival,” trying to go beyond the “ever-limiting endorsement from the market.”

In Capitalist Sorcery: Breaking the Spell, [3] Philippe Pignarre and Isabelle Stengers suggest that the “market” erased the polyphony of the word “commerce,” which in the past meant “as much the exchange of goods as the exchange of ideas, the commerce of thoughts.” In this book, they also argue that “the degree zero of politics is the demand that the State fulfill its responsibilities,” because “what’s left to the State is always redefined by the State, in the terms of its own perception.” A perception that can shift from one moment to the other, as we saw from the Brazilian administration last year, passing from popular to populist in the time it takes to wash a car.

Following Pignarre and Stengers, I like to think that the values of this South-South dialogue defended by Farkas and the mission of Videobrasil are supported by a NGO (Non-Governmental Organization) financed by tax taken from the “market’s” money in order to finance the “commerce of ideas” in a luxurious way that doesn’t indulge the romanticism of artistic poverty. For we have to fight the right wing appropriation of the “culture of poverty” as much in the art world as in society at large. Just as giving more money, culture, education, healthcare, and affordable housing to people gives them an immediate better life and more chances in the future, so giving an artist the chance to participate in fairs, prizes, plane tickets, hotel nights, and the opportunity to discuss their work and bond with fellow artists is crucial to their development as artists and individuals. To invest in their practice—to show them that some sort of symbolic “commerce” is still possible—is a way to “capture” back the value we give to things, to people, to art. It’s a formal act of resistance that echoes the ones that Farkas underlines in the artists’ practices themselves, and allows the project to fully embrace its curatorial ambitions, from both institutional and conceptual points of view. 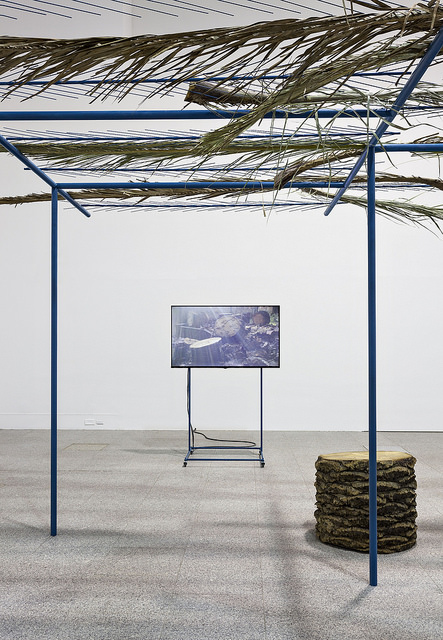 The most striking works at Videobrasil were thus ambitious, ambiguous ones that confronted ideas of presence, value, and culture with subjectivity, affect, and the arbitrariness of form, creating new symbolic narrative “exchanges,” in the video medium, but not only. The idea of “equivalence” and “difference” spanned the whole exhibition, claiming value at the core of any process of creation of meaning such as art.

Pedro Barateiro’s installation The Current Situation (2015) and the related text/video performance The Sad Salvages (2012) place this search for new paradigms at the core of their formal and conceptual dynamics. The artist brings together two events occurring simultaneously in Southern Europe, the plague decimating a variety of palm trees and the financial crisis. The idea first came to him after observing one of these palms being cut down outside his window in Lisbon while he could hear the clamor of anti-austerity demonstrations in front of the Parliament nearby. In the text and subsequent video installation, Barateiro creates equivalences, both textual and visual, suggesting that these two events are inextricably linked to each other. In the installation, plastic palms lay on the floor like an acknowledgment of nature’s mortal future, while the artist during his performance proclaims his text standing on a desk, half obstructing the projected image, a derisory protest in front of the inevitable unfolding of history. 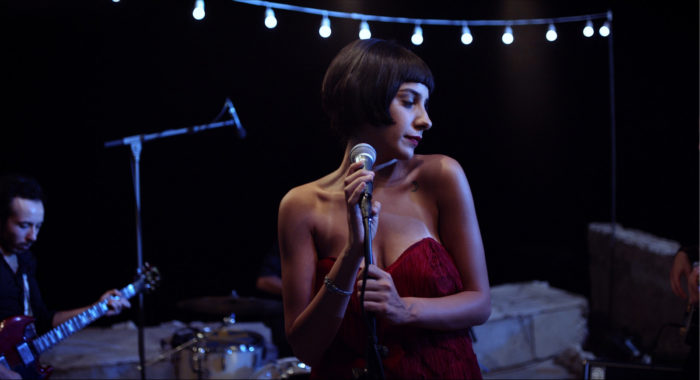 In the feature film The Beach House (2016), Roy Dib addresses gender mechanics on a codified level from both a meta-filmic and a socio-political point of view. Taking place in Lebanon in a house built by iconic Iraqi architect Rifat Chadirji, the film stages the reunion of two sisters with their childhood crushes. As alcohol and drugs lead them to overcome their initial reserve, the characters reveal unfathomable truths to each other about their sexual, social, and amorous identities during a long and provocative tête-à-tête. Dib fictionally equates Middle Eastern geopolitical dynamics to personal ones, affirming here surrealist storytelling as the only way to represent realistically the Arab world’s impossible situation.

A possible way to emancipate oneself from a paralyzing situation is fiction, and why not science fiction? This is what Andrés Padila Domene proposes in his delicate movie Ciudad Maya (2016). This scripted documentary made with young nonprofessional protagonists in the city of Mérida stages an imaginary archeological excavation in the city and nearby ruins and features powerfully poetic, albeit bricolaged, sci-fi night actions scenes. The film relates  past Mayan technologies to futuristic ones, suggesting new hierarchies and empowering its cast of actors through first-person, Maya-based dialogues exposing crucial questions about authenticity, modernity, and culture within contemporary racist and classist Mexican society. 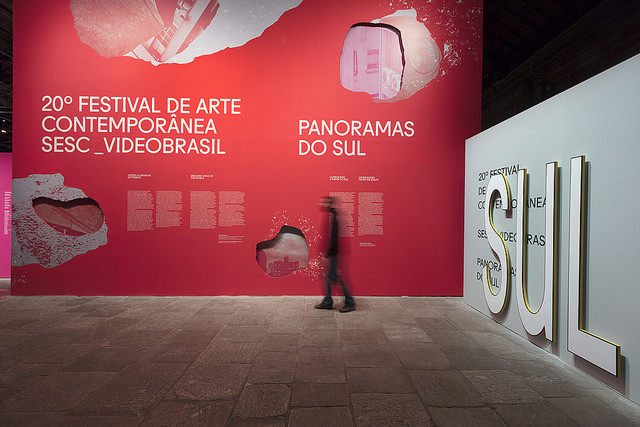 The specific question of the legacy of modernity within Latin America, the plurality of its occurrences and its striking parallels, actually blossoms pleasantly in various of the three-dimensional works of the exhibition, expressing through other senses and modes of appearance what many of the films are tempted to say sometimes too didactically. The mysterious, colorful geometrics of Manuela de Laborde’s Super 8 film, As Without so Within (2016), their mineral and organic forms looping silently on a modest screen, reminds us of Bauhaus craft experiments. It was the symmetry of everyday life and objects that drew Modernists to explore crafts, as reaffirmed in works such as Ximena Garrido-Lecca’s shiny, plaited cooper piece La Trama (2013), Hellen Ascoli’s simple tinted carpets, near readymades, in Objectos especificos 1 and 2 (2016), or Engel Leonardo’s graphic tiles that become a painting through the very act of arranging them on the wall in Pisos (2017). Tatewaki Nio’s photographs of Cholet architecture in Bolivia in The Neo-Andina Project (2016) with its surprising middle-class appropriation, almost Memphis-looking, of a certain idea of architectural luxury and beauty; Van Calhau’s dry, hypnotic use of black and white, percussion, rocks and costume that bring back the pagan potential of the human body in EULUSIONISMO ANTILUSIONISTU (2015); or Rodrigo Hernandez’s set of sculptures, Shikantaza (2017) that mixes pre-Hispanic and modern Mexican, as well as Japanese and European influences, all these works further amplify the South-South problematic, ultimately asserting identity as a constant conceptual, formal, and emotional smuggling process. 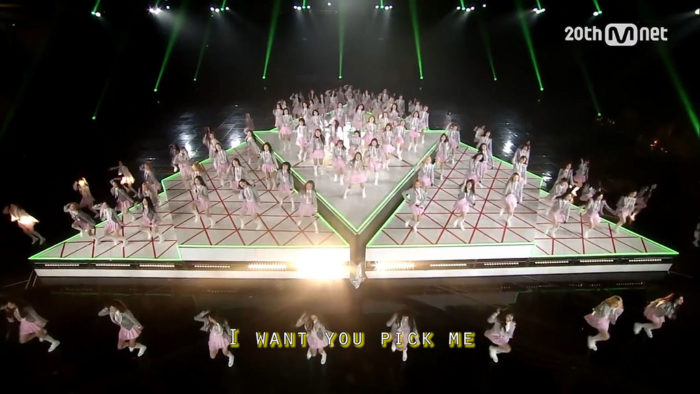 A festive epilogue to many of the festival’s works’ tragic topics came from Parallel (2017), a video by Jiwon Choi where the artist appropriates the psychedelic aesthetics of K-Pop to narrate a complex tale about Korean gender stereotypes, celebrity culture, heavy historical legacy, and current political climate. Audience passed from intense waves of laughter to true tears as the artist’s grandfather evoked the fact he never even got to know when his parents died, having escaped his native village on the other side of the Korean border as a child.

Half laughing, half crying, this is how we will schizophrenically confront Farkas’s prophecy for a festival way to vast to be described even in thousands of words to represent our time’s “imminence of crisis at all level.” Trying to “think through the middle,” as recommended by Félix Guattari and quoted by Pignarre and Stengers, to “escape the spell of first and ultimate reasons, the ones that arm the position of majorities.”

[2] A term that refers to the socio-economic diferences between the geopolitical North and South to address power and resourses’s distribuition inequality. This in not limited to the geographical aspect since there is also a «North » in the Global South and a « South » in the Global North. 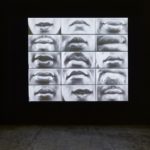 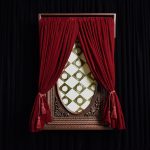 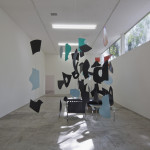 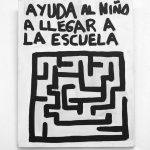