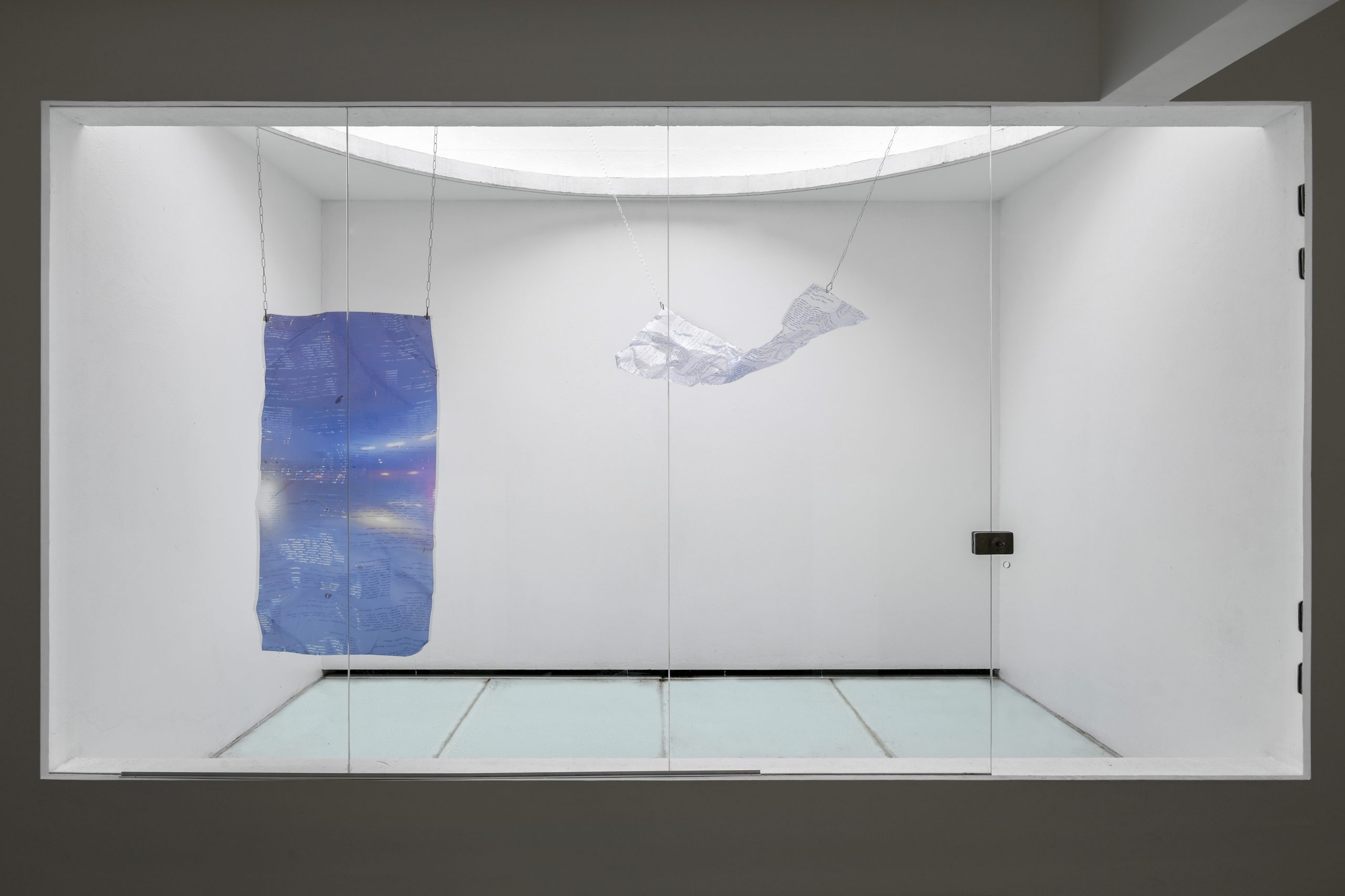 OLHÃO is pleased to present SUPER-NATURAL, a group show taking place between August 28th and October 30th, 2021. The exhibition brings together artists Adriano Amaral, Nídia Aranha, Vitória Cribb, Débora Delmar, Ilê Sartuzi, Wisrah Villefort, and Janaina Wagner to engage in questions around the speculative dimension of the dissolution of the nature-culture binomial, especially considering the modern heritage of construction of these concepts.

Planned to happen in the first half of 2020 and postponed due to health safety restrictions, the show finally takes place in 2021, being the first exhibition of the space open to the public since 2019, when the show was first thought of.

Invited to write a text in response to the project, Lívia Benedetti and Marcela Vieira identify a relationship between what is presented in SUPER-NATURAL and the universe of the artist Kanye West; perhaps the same juxtaposition between celestial desire and kynicist hyperrealism that Mark Fisher identified in Spaceship, the track he placed to be the heart of the rapper’s first album.

In the texts, both by Fisher and by Benedetti in collaboration with Viera, it is pointed out how the material and formal strategies of the works, in the album and in the exhibition, enable the fabulation of the presence of a more-than-human agent, one who does not it is the universal hegemonic subject.

Although the seven artists present in the exhibition cross converging subjects in different ways and, perhaps, primarily because of that, the exhibition creates an atmosphere that questions itself, highlighting the absence of reality even in the artworks itself, rather than affirming from it a new postulate of what is put in check.

SUPER-NATURAL was organized by Ilê Sartuzi, Wisrah Villefort and OLHÃO and is accompanied by a text by Lívia Benedetti and Marcela Vieira.