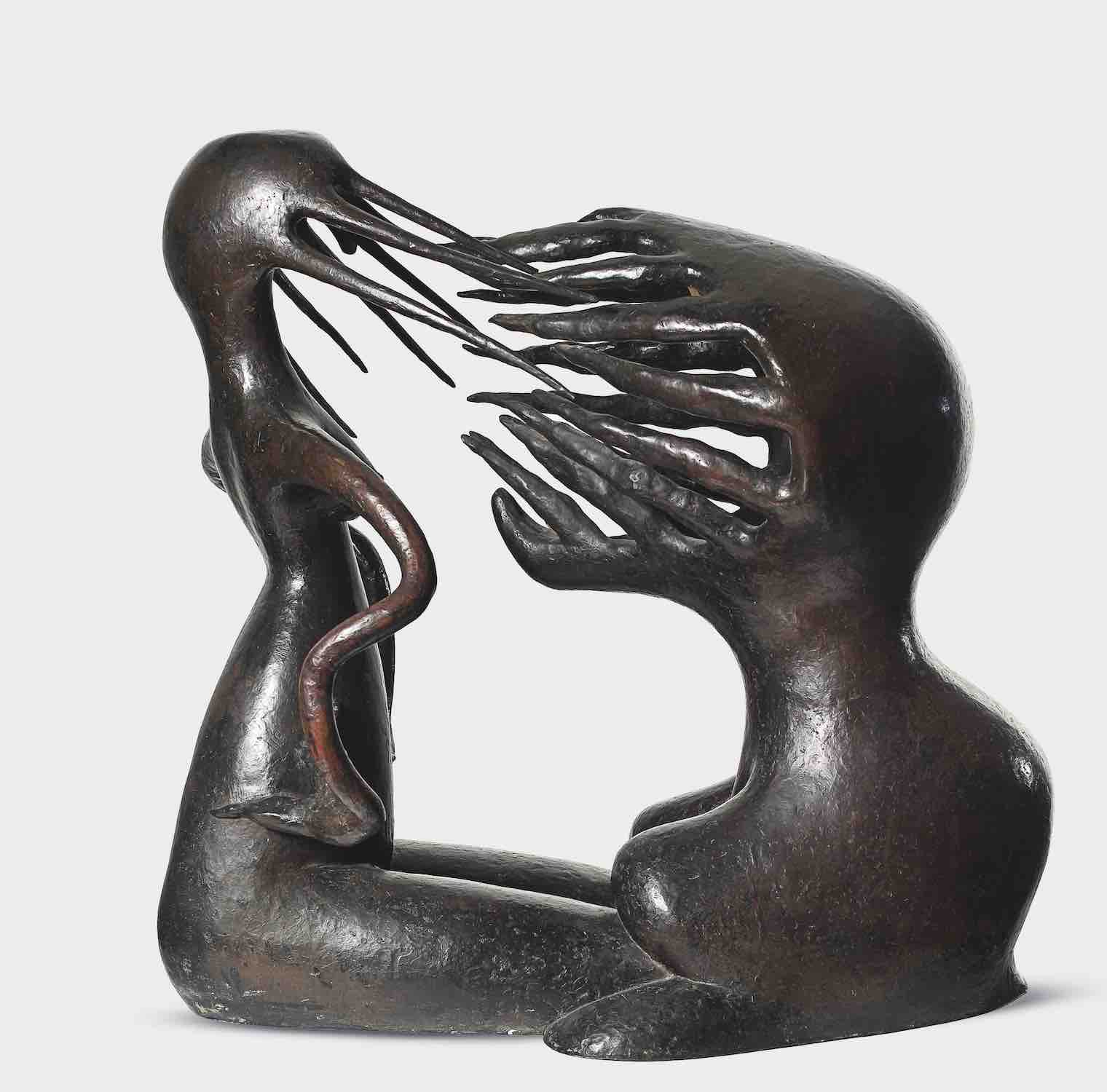 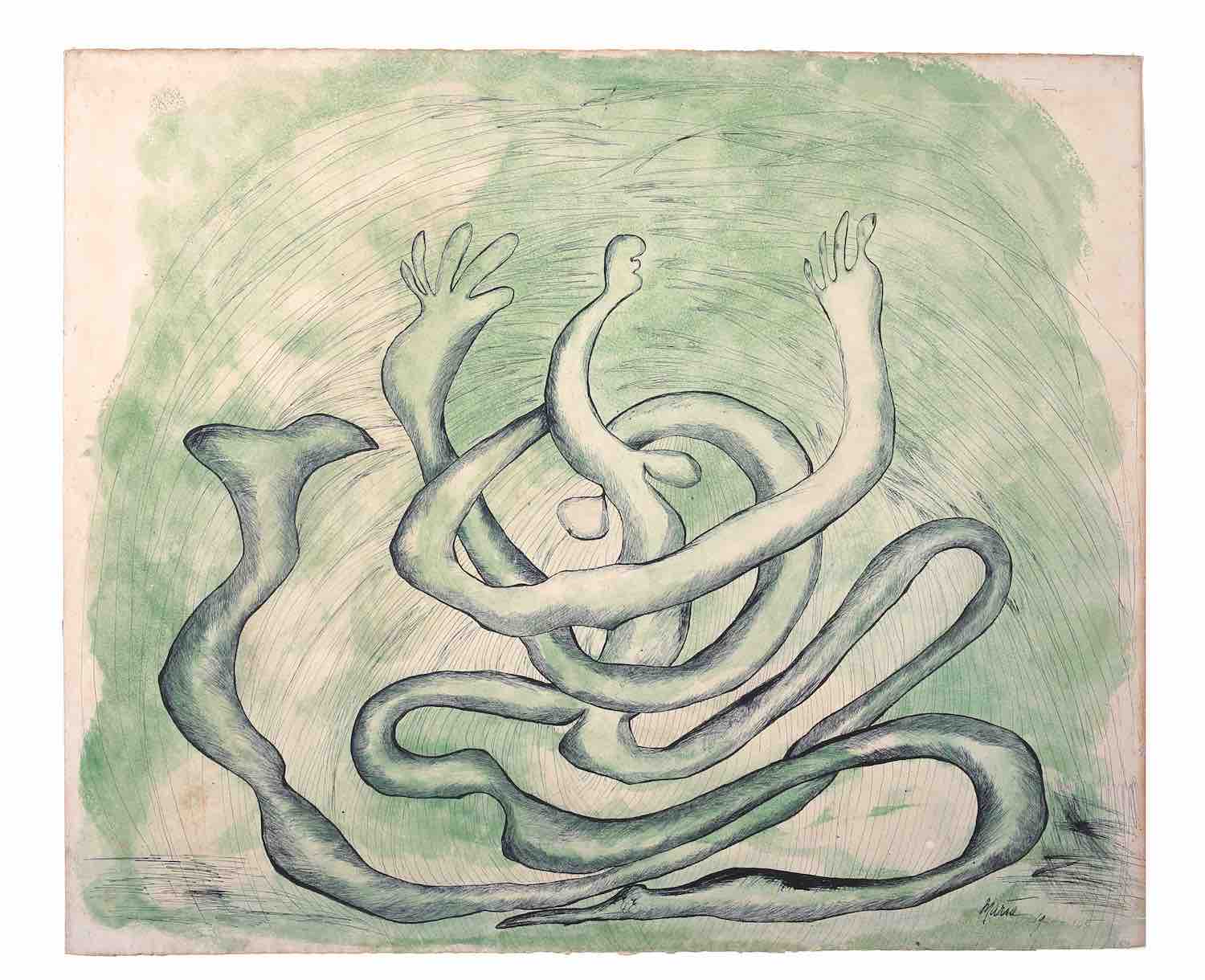 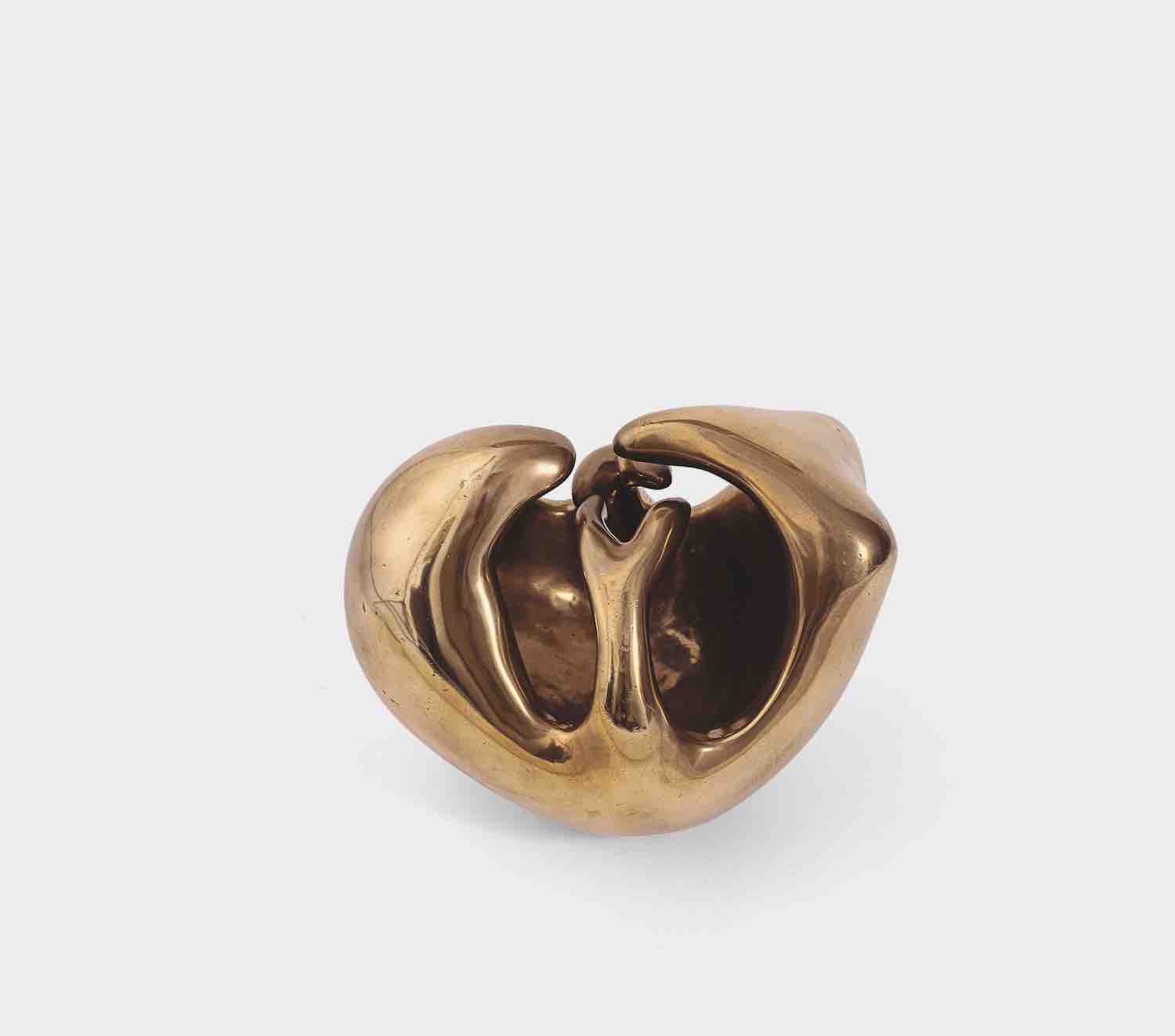 From August 27 to January 30, 2022, Museu de Arte de São Paulo presents Maria Martins: desejo imaginante [Maria Martins: Tropical Fictions], co-curated by Isabella Rjeille, MASP Curator, and Fernanda Lopes. The exhibition features 45 sculptures, prints, drawings and paintings produced by the artist from Minas Gerais between the 1940s and the 1950s, as well as documents, publications and photographs that narrate Martins’ life trajectory. The exhibition Maria Martins: Tropical Fictions and its corresponding publication are the most comprehensive retrospective ever organized around the artist’s work, and is aimed at reviewing Martins’ place in the history of Brazilian and international art. In partnership with Casa Roberto Marinho, the exhibition is travelling to the institution in Rio, from March 12 to June 26, 2022. At Casa Roberto Marinho, the exhibition is presented by Fernanda Lopes, assistant curator for the project.

Maria Martins: Tropical Fictions is divided into five sections—Imaginários amazônicos [Amazonian Imageries], Como uma liana [Like a Vine], Por muito tempo acreditei ter sonhado que era livre [I Believed for a Long Time That I dreamed I was Free], Duplos impossíveis [Impossible Pairs] e Mitologias pessoais [Personal Mythologies]—which examine the ways in which the artist dealt with the multiplicity of imageries that represent Brazil and the tropics, a place that was reclaimed, reaffirmed and reinvented by the artist. «The fact that she developed a great part of her work abroad prevented her from actively participating in the Brazilian modernist movements. However, it didn’t stop Martins from producing her own readings and unique contributions around her own national imagery, which conferred on her the label of ‘sculptor of the tropics’. The artist turned to Amazonian mythologies and Afro-Brazilian culture to find references for her early works, in dialogue with the Brazilian modernist trends of the first half of the 20th century. However, from the mid-1940s, the artist left behind a form of visuality that is commonly associated with Brazil in order to create her own mythologies in bronze, in medium to large-scale compositions», explains Isabella Rjeille.

Maria de Lourdes Faria Alves (1894-1973) was born in Campanha, in the southern part of the state of Minas Gerais, and received a formal traditional education. Her second marriage, in 1926, to Ambassador Carlos Martins Pereira e Sousa (1884-1965), led her to experience contexts that were decisive for her role as an artist. As a result of her husband’s diplomatic work, the artist spent a large portion of her adult life outside Brazil, only returning to her birth country in 1950. If, on the one hand, the marriage provided her with the financial means, time and space necessary to work freely as a sculptor, as well as an intense international transit that Martins used in her favor and in favor of other artists, on the other hand, it also subjected her to the title of «ambassadress», which at times overshadowed her identity as an artist. Martins devised strategies to untie these two images, and she liked to be called simply «Maria» in the artistic context, omitting her husband’s surname.

After living in Quito, Paris, Copenhagen, Tokyo and Brussels, at the end of the 1930s, the couple settled in the United States, where the artist’s career was consolidated. The early 1940s in the United States were marked by governmental policies that fomented links with Latin American countries in the context of the Second World War. In Brazil, President Getúlio Vargas invested in a certain version of Brazilian culture for exportation as part of his state policy. Brazil existed in the international imagination as a tropical, exotic and joyful country, distant from the tragedies of war. In this context of political dispute, Martins took part in her first group exhibitions in 1940 and had her first solo exhibition at the Corcoran Gallery in Washington in 1941, where she enjoyed great success in terms of sales, and her works were incorporated into institutional collections in the US. Her works belong to several museum collections, such as the Museum of Modern Art (MoMA) in New York, the San Francisco Museum of Modern Art (SFMOMA), the Metropolitan Museum of Art in New York, the Philadelphia Art Museum, and the Brooklyn Museum, and in Brazil, to the collections of Museu de Arte Moderna do Rio de Janeiro (MAM-Rio), Museu de Arte Contemporânea da Universidade de São Paulo (MAC-USP), and Pinacoteca do Estado de São Paulo, amongst others.

In 1942 and 1943, Martins had another two solo shows at the Valentine Gallery in New York. She established her studio in New York as a way of maintaining some distance from the «official» landscape of Washington, where her husband worked as an ambassador. In Manhattan she came close to the New York art scene. Martins began to study bronze casting with Lithuanian artist Jacques Lipchitz (1891-1973), using the lost wax method, which would become her main sculpting language.

The first exhibitions at the Valentine Gallery caught the attention of André Breton (1896-1966) and the group of surrealists that had sought exile in New York during the Second World War. At the time, Breton was keen to include non-European artists and mythologies in the movement, and Martins fit the bill perfectly. Some of her first works in bronze were inspired by Amazonian indigenous mythologies, such as Amazônia [Amazon] (1942) and Cobra Grande [Big Snake] (1943). The Amazon became Martins’ main early reference, and she gradually began to develop her own imagery in sculptures merging human, animal, vegetal and mineral features.

«From 1944, the tropics imagined by Martins gained a new layer of meaning. Her titles became more ‘literary’, leaving behind Amazonian mythologies in favor of personal mythologies», explains Rjeille. Themes related to desire, eroticism and a certain idea of the feminine—always present in her practice—became «monstrous» and unsettling, challenging the idea of morality at the time and the expectations of an international audience in relation to the work of a Brazilian artist. Works such as O impossível [The Impossible] (1940s), N’oublies pas que je viens des tropiques [Don’t Forget I Come from The Tropics] (1945), and Glèbe-ailes [Glebe-Wings] (1944) are some of the most representative, and all feature in the exhibition.

After spending almost a decade in the United States, the Martins couple moved to Paris, where they lived from 1948 to 1950. In the 1950s, Carlos and Maria returned to Brazil and moved to Rio de Janeiro. It was only in the 1950s, when she was 56 years old, that the artist had her works exhibited for the first time to a Brazilian audience. Her first solo exhibition was at Museu de Arte Moderna de São Paulo and at the Brazilian Press Association (Rio de Janeiro). She also exhibited her sculpture at the 1st, 2nd and 3rd São Paulo Biennials and was awarded the Regulatory National Sculpture Prize (1955) in its third edition. Her last solo exhibition in life was at Museu de Arte Moderna do Rio de Janeiro in 1956.

However, in Brazil, she faced a great level of criticism. «Brazilians saw Martins as a society figure, an ambassador’s wife. Newspaper and magazine articles mentioned her social status rather than her profession as asculptor or artist», explains Fernanda Lopes in her essay for the exhibition catalog. «Maria has not been beaten down by the hostility of the milieu. The Brazilian critic and art circles—profoundly patriarchal and predominantly male—were irked by Martins’s aggressive, primal eroticism. They were not accustomed to seeing this kind of violence and rawness in sculpture, particularly when it was made by a divorced woman, featuring numerous female figures or centered on feminine presence, desire, and force», she adds. The landscape was even less favorable given that geometric abstract art, which differed greatly from Maria’s work, was beginning to emerge.

Martins was also a key figure in the internationalization of Brazilian art and played an important role in supporting art institutions that were going through a process of modernization in Brazil. For instance, she was involved in the establishment of the first editions of the São Paulo Biennial and in the acquisition of major works for the collection of  Museu de Arte Moderna do Rio de Janeiro (MAM Rio), where she worked as consultant.

The illustrated publication (with versions in Portuguese and English) is aimed at examining Martins’ work as an artist and cultural mediator, expanding the curatorial approach introduced by the exhibition. The essays look into the influences and dialogues that her work established in different contexts, both in Brazil and other countries in Latin America, Asia, and Europe, and in the United States. It features essays by the curators and Tirza True Latimer, Beverly Adams, Terri Geis (previously published), Veronica Stigger, Alyce Mahon, Joanna Fiduccia, Mariola V. Alvarez, and Marina Mazze Cerchiaro. The catalog also includes a biographical note by Laura Cosendey.