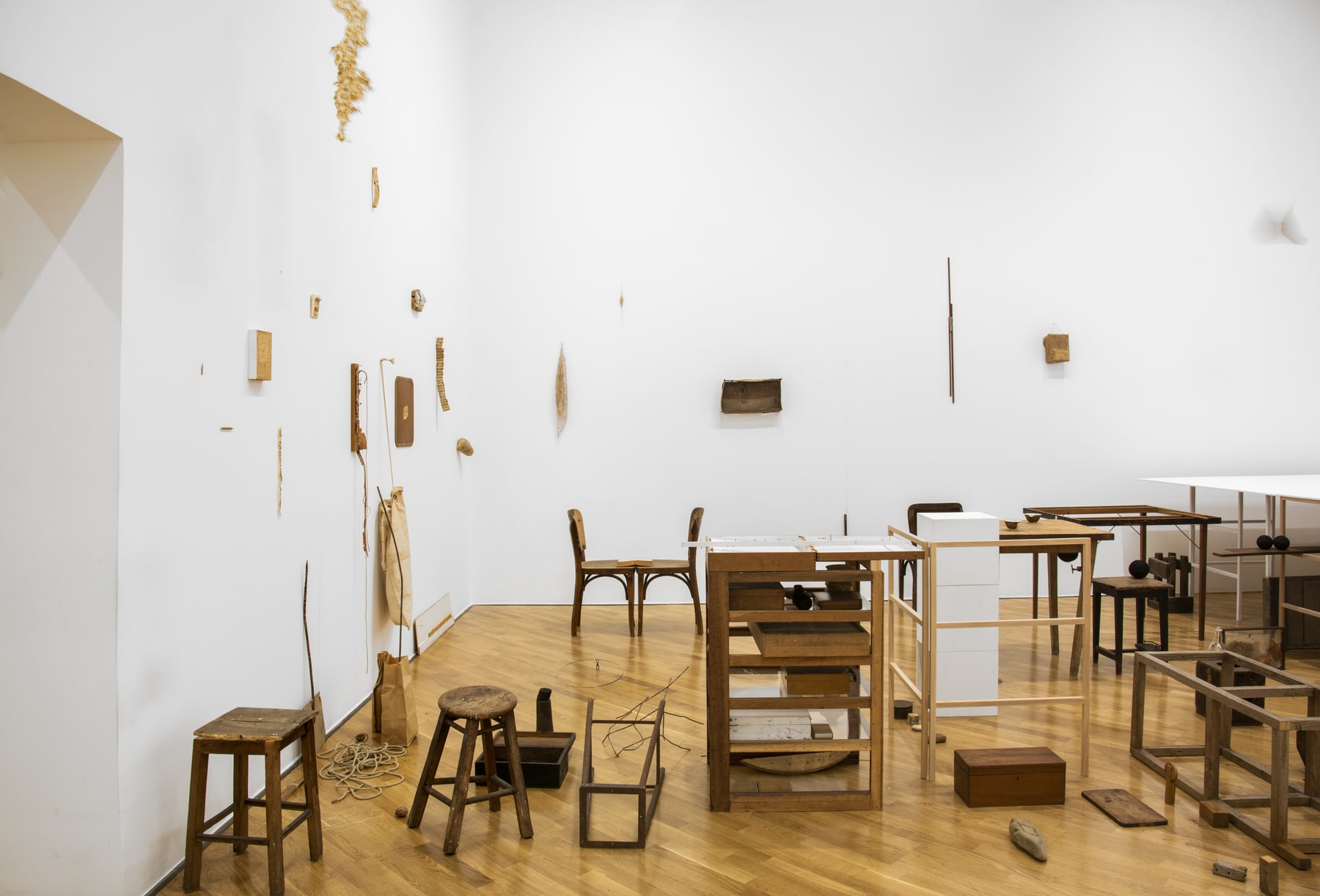 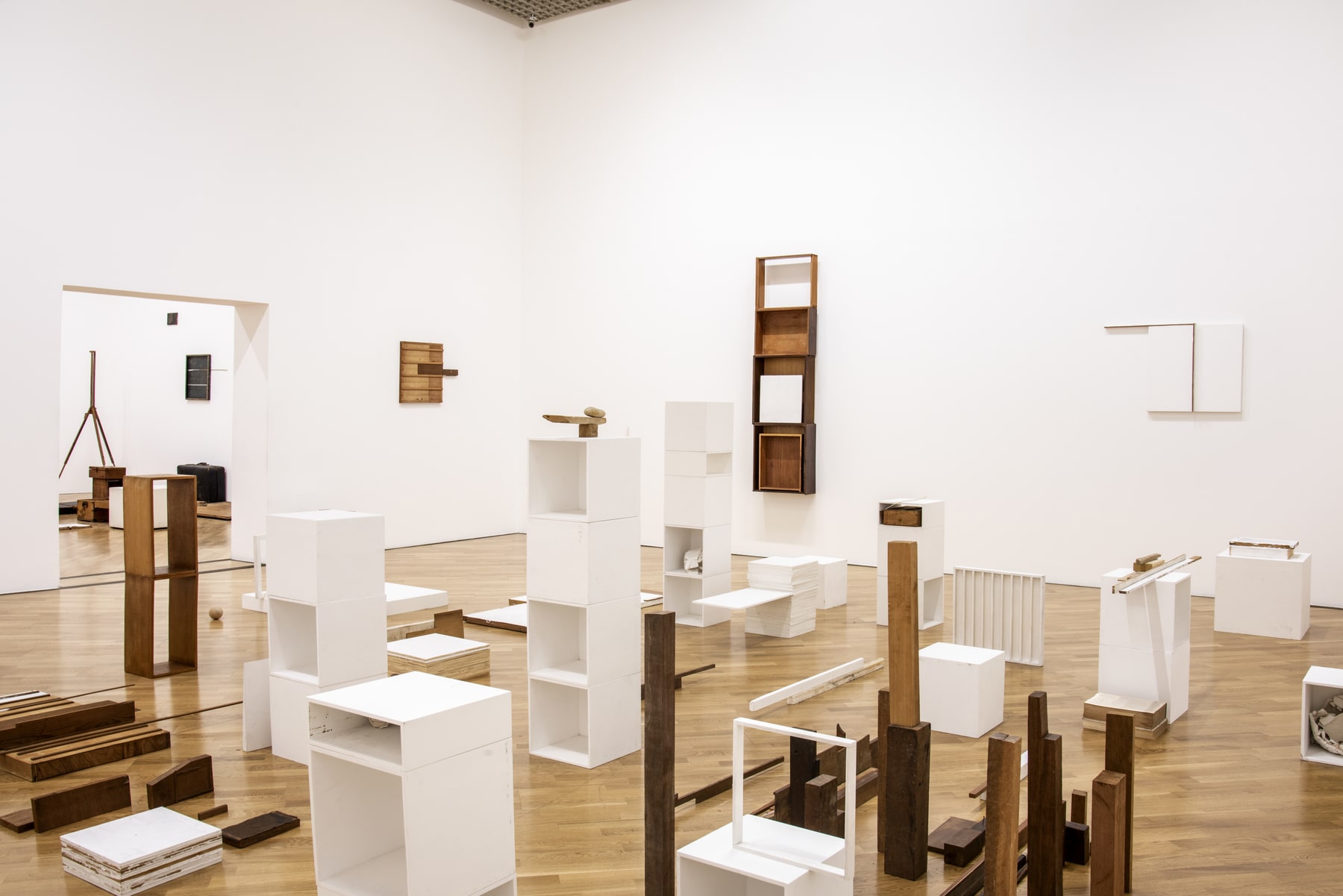 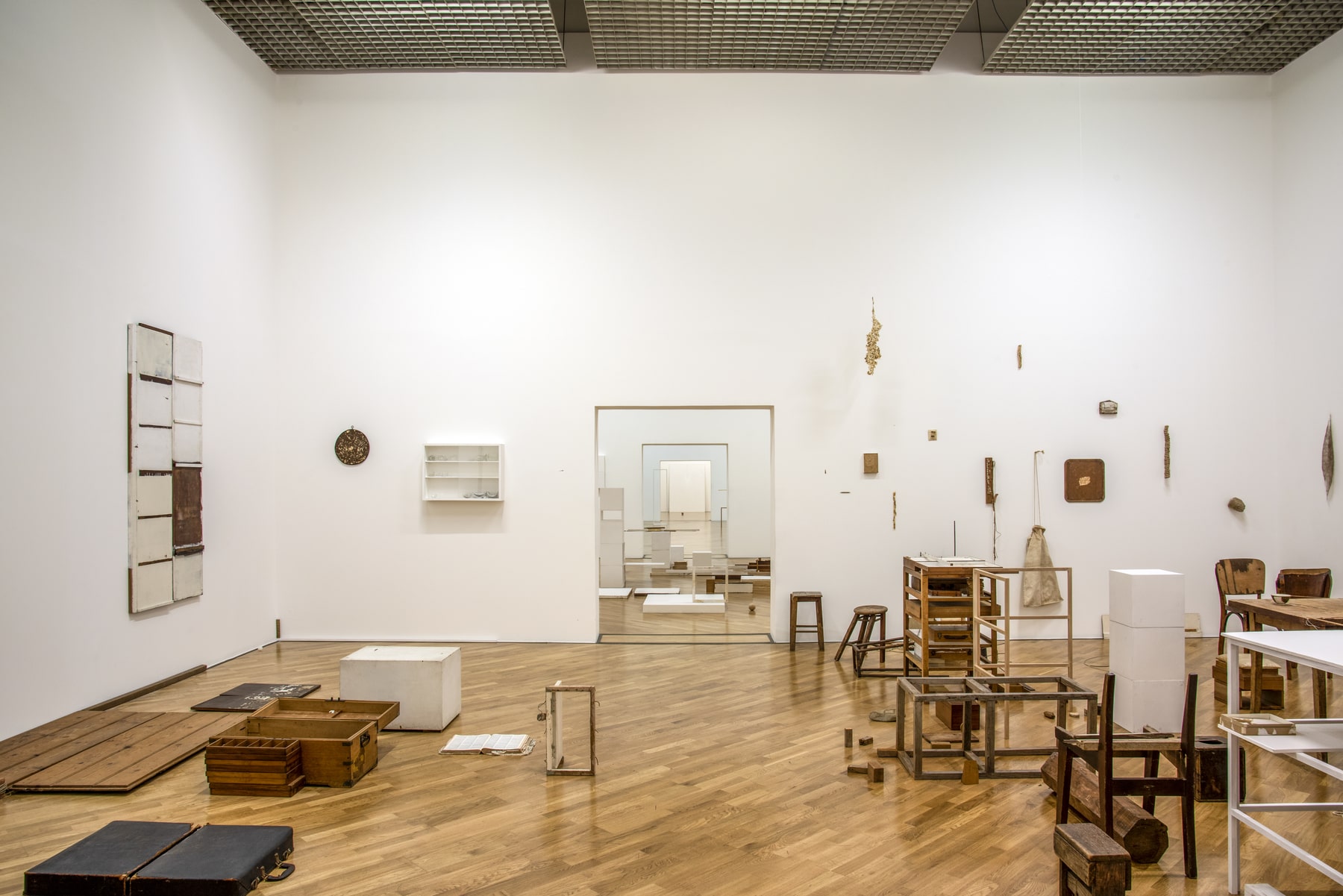 The Pinacoteca de São Paulo, museum of the Secretaria de Cultura e Economia Criativa (Secretary of Culture and Creative Economy) of the state of São Paulo presents the exhibition Fernanda Gomes, a large retrospective of the artist from Rio de Janeiro, bringing together fifty works from the 1980’s up until the present day. Curated by museum curator José Augusto Ribeiro, the show is presented in the form of a large installation, composed of fragments, a recurring format in Gomes’ practice, dispersed throughout seven temporary galleries on the first floor of the Pinacoteca, demanding that the viewer play an active role in their reading of the work.

A graduate of the Escola Superior de Desenho Industrial (ESDI), in Rio de Janeiro, Fernanda Gomes is considered today among the Brazilian contemporary artists with the greatest presence and prestige internationally. Her practice is characterised by the use of everyday objects—like plaster, wood and glass—which are subjected to manual operations such as tying, joining or simply being positioned and spread in the space. These items are collected in the artist’s daily life and during walks through the streets and galleries and institutions where her work is exhibited.

The exhibition at the Pinacoteca, which is sponsored by Itaú, was conceived two years after the institution invited the artist to exhibit. Throughout this period, Gomes developed a plan to occupy the spaces, which included both fixed decisions and opportunities for improvisation, planning exhibition-based solutions specific to each environment. “From there, a demanding, meticulous process is manifested, that goes beyond a meeting of works”, explains the curator.

The final result comes after a three-week installation period, during which the artist put herself into constant activity in the seven exhibiting rooms, installing, in this way, a kind of temporary studio, not open to the public, a process commonly adopted by the artist. The set of works presented here includes more well-known works—like spheres of cloves and lines, a length of smoked and juxtaposed cigarette papers, ink and paper paintings, and some of her kinetic sculptures—and previously unseen works, conceived in loco.

The total absence of definitions—neither the exhibition nor the works have a name—with pieces painted white (“the colour which is, at the same time, all and none”, explains Ribeiro) preserves, in the end, the undefined and unstable nature of the set of works. “The pieces are also not identified by the museum’s usual labels, which, ultimately, assists in the possibility of connections being made between them, and between them and their surroundings, without dating them or describing common materials or particular techniques, which are demanding more of skill or labour than of method”, he adds.

The work instils, in this way, the very conditions of its exhibition: with a strong sense of unity, as a means of proposing a complete experience, without the chance of it being repeated, neither in another time, nor in another space. For the same reasons, the famous dichotomy between art and life is a recurrent theme in Fernanda Gomes’ reflections. In interviews and in her own texts, the artist’s statements regarding this subject point to a lack of differentiation between the two notions. For her, “things are and are mixed together”, so that, “the difference between art objects and everyday objects still appears to be a mystery.»

The show plays an important role in the museum’s 2019 program, which has presented, since the beginning of the year,  a sequence of pioneering artists—Ernesto Neto, Artur Lescher, Hélio Oiticica, among others—who have all contributed to expanding the concept of sculpture. The realisation of this exhibition was only possible through the generous support of the Lei Federal de Incentivo à Cultura.

Born in 1960, Fernanda Gomes lives and works in Rio de Janeiro. The artist recently had a major exhibition at Secession, Vienna, Austria, following an extensive show at the Museo Jumex, City of Mexico, Mexico, in 2018. In 2016, her work was selected for inclusion in the book Vitamin P3: New Perspectives in Painting (Phaidon, London).