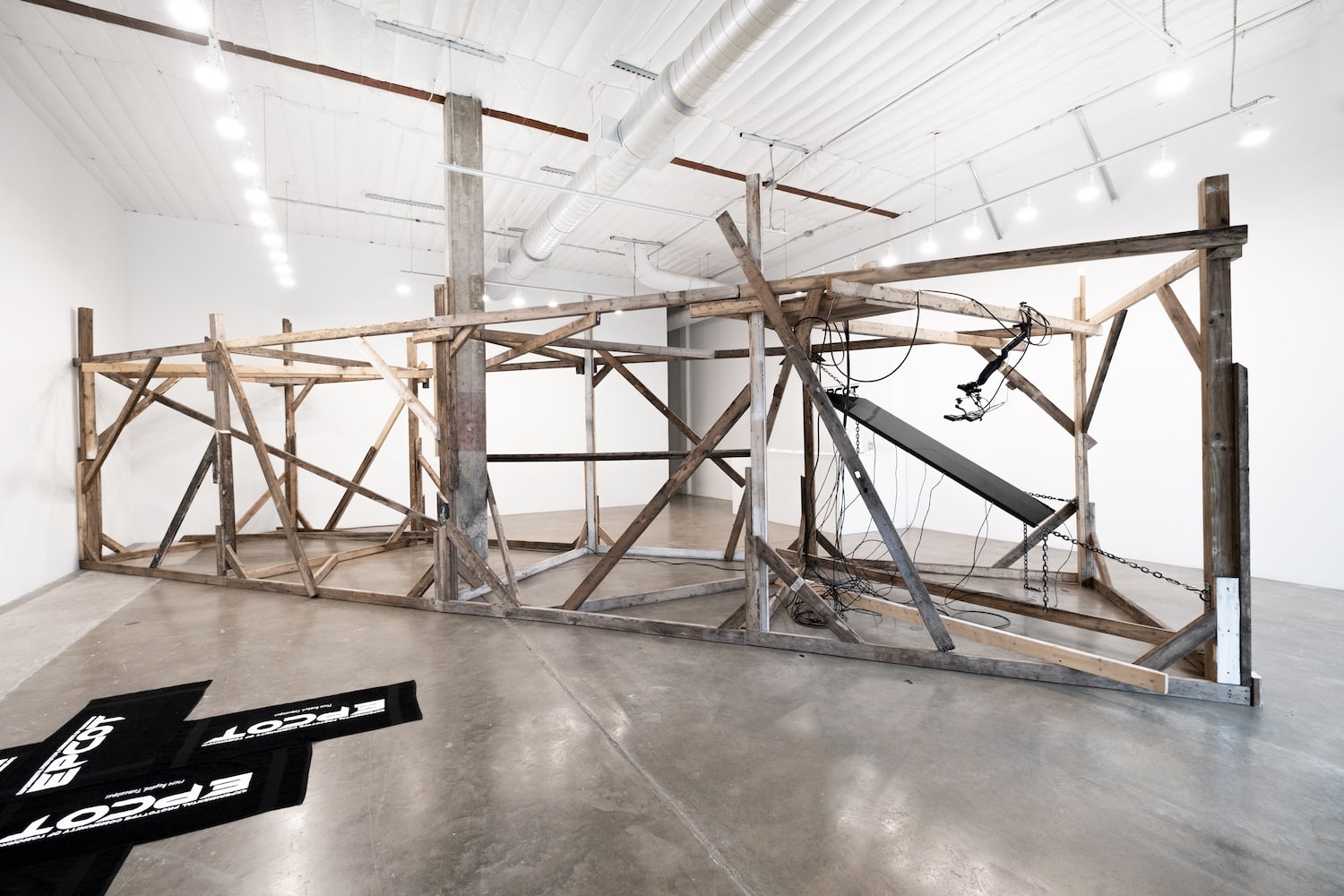 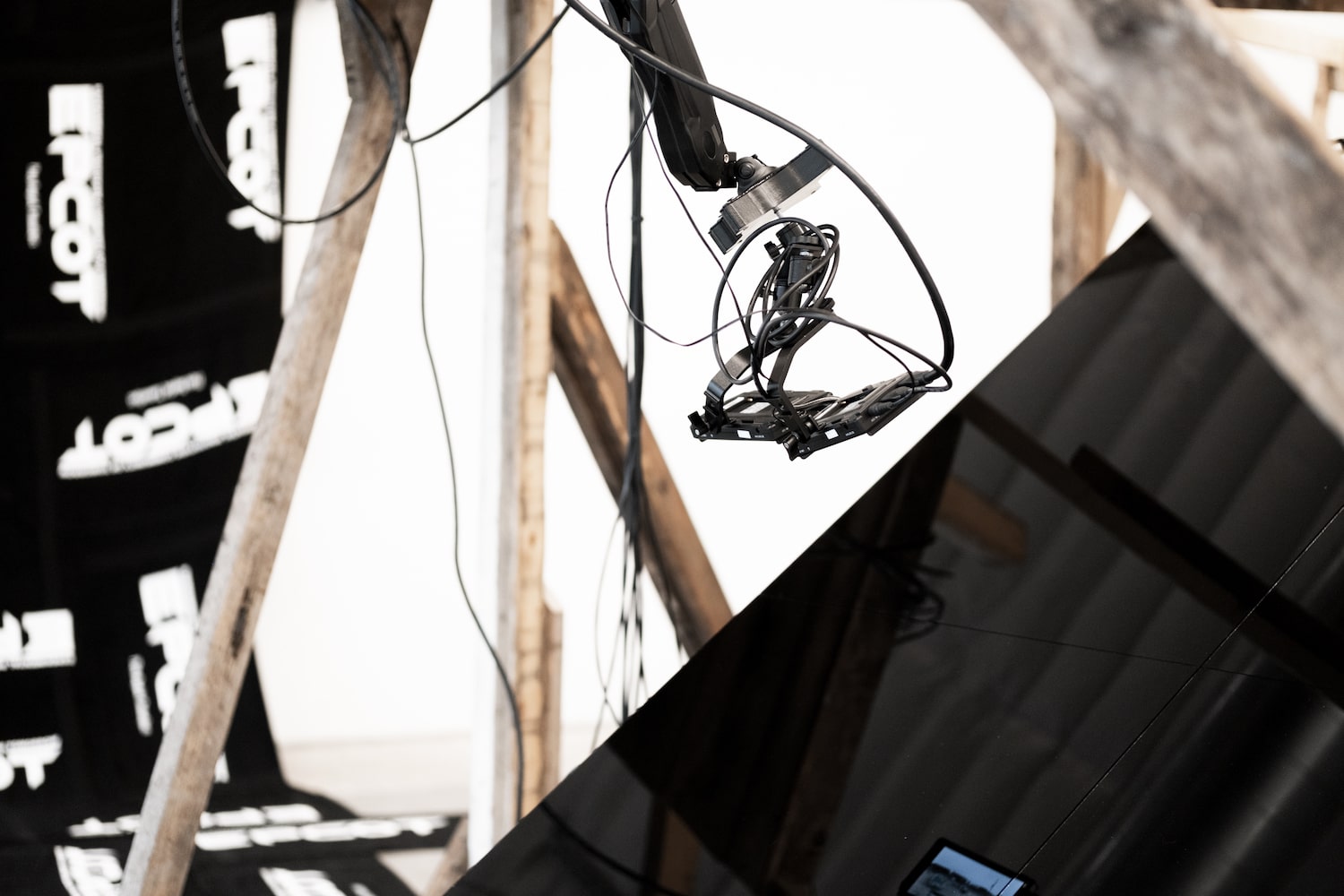 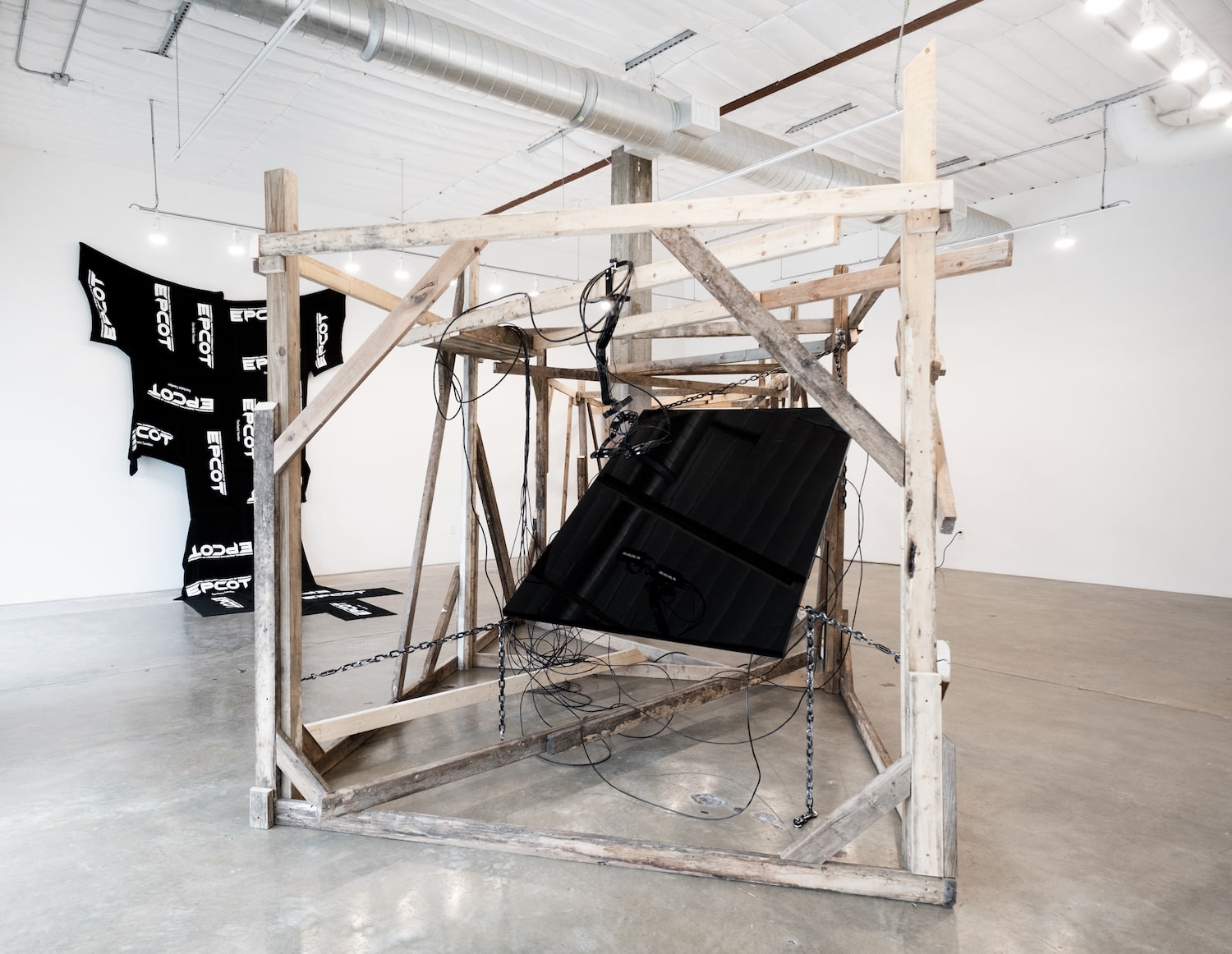 EPCOT: Experimental Prototype Community of Tomorrow borrows its name from the homonymous Disneyland’s recreational park in Florida (US), first named «Progress City» and conceived as a settlement in which there would be pavilions where residents and visitors could learn about things such as technology, the oceans, communication, energy, and space. The works presented in this exhibition are imbued by an association between the latter’s subjectivities and the critical condition of Playa Bagdad. This parallelism frames technological advancement as a truncated symbol of progress pervading in late capitalism, as a systemic spectacle in which the mere act of contemplating connotes a hierarchical structure where the audience is predetermined to passivity.