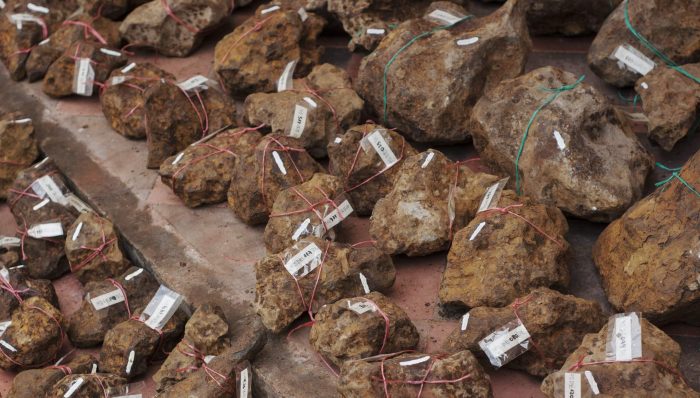 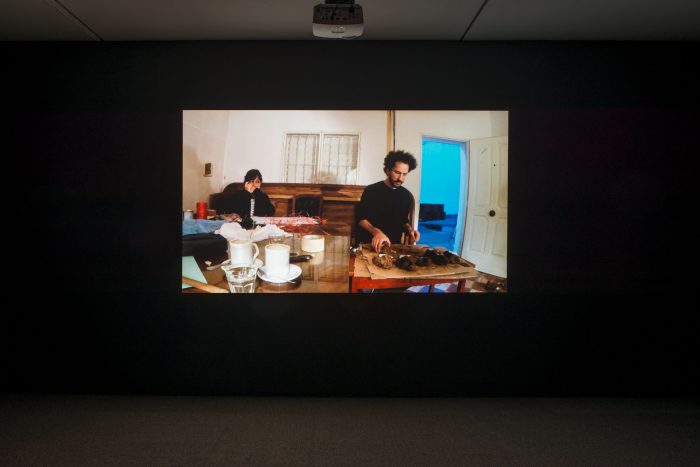 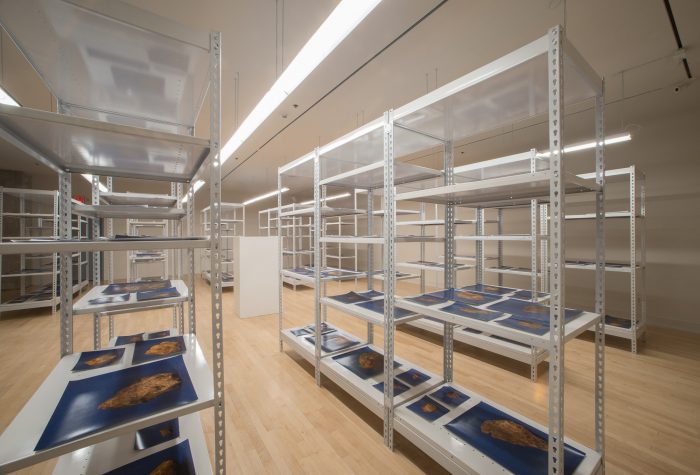 Who owns the sky? Or for that matter, anything that falls from the sky? Certain indigenous groups such as the Australian Aboriginal Warrabri believe that a meteorite represents past, present and future realities, which are at once parallel to our own. Fallen matter has the power to compress time. The work of Faivovich & Goldberg questions how artifacts are rooted in time and place and who gets to place value on them? Their work brings into question the colonization of cultures and the theft of cultural commodities that often end up in the global black markets.

Guillermo Faivovich (b. 1977, Buenos Aires) and Nicolás Goldberg (b. 1978, Paris) have been engaged in an intensive and wide-ranging research project since 2006—A Guide to Campo del Cielo—that forms the basis of their practice. Campo del Cielo is located in northern Argentina and was the site of a meteor shower, an estimated 4,000 years ago. Faivovich & Goldberg combine the roles of scientist, historian and anthropologist to realize projects that offer new ways of seeing and experiencing the terrestrial results of a long-ago cosmic event, as well as exploring its historical and cultural significance. For over more than a decade, the duo has produced a diverse body of work that includes installations, sculptures, publications, videos and photographs. In 2010, the artists presented Meteorit El Taco in Frankfurt, an exhibition that brought together two halves of a 2-ton meteorite from Campo del Cielo that had been separated for nearly 45 years. They allowed visitors to walk through the pieces and reunite the masses by filling the gap between them.

Laboriously mining the particularities of a singular event, Faivovich & Goldberg illuminate broadly resonant themes—the dynamics between an object and its documentation, the inherent complexities of institutional histories and the complicated personal, cultural and national relationships that develop with artifacts.

Since 2015, the artist duo has been in residence at the ASU Art Museum International Residency Program working at the Center for Meteorite Studies, the Le Roy Eyring Center for Solid State Science and the ASU Design and the Arts Library. As a result, ASU will be featuring Faivovich & Goldberg’s first comprehensive show in the U.S., unfolding at three locations within the Tempe campus. One of these works, Decomiso on display at the ASU Art Museum, is centered around a government seizure of meteorites in the province of Santiago del Estero, Argentina. The artists convinced state officials to have the mindex, classify and document 405 meteorites, which resulted in the first enforcement of a neglected provincial law used in the confiscation. Focusing on the process of this event, the exhibition features an immersive experience into the meteorites’ phenomena with photography, video, sound and ephemera.