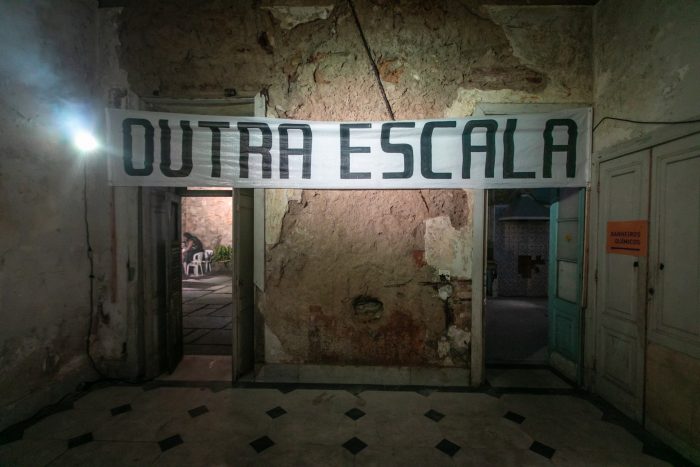 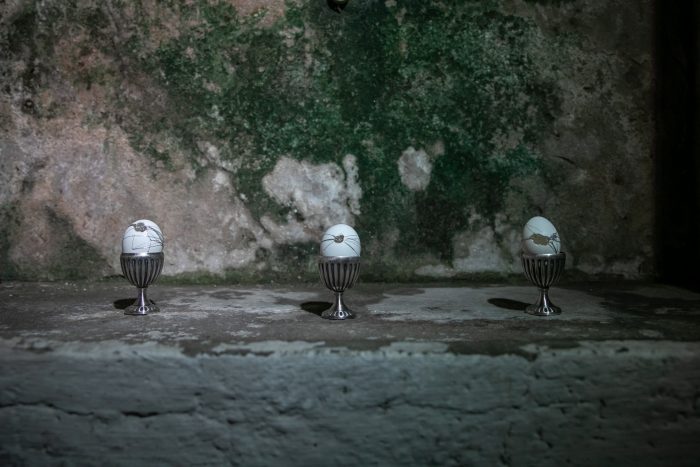 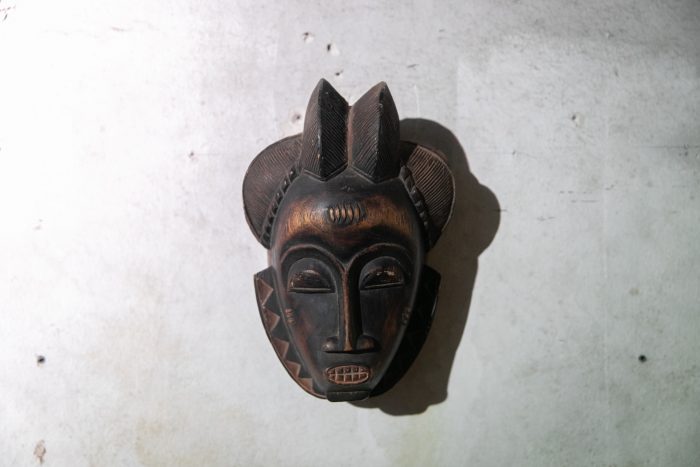 Havoc and Allure or Eternal Return

Right on the edge between the forest and the city, in the hybrid zone where the animal meets the human and the past haunts the future, had been hidden a fountain of living water. Under the shadows of Solar dos Abacaxis, generations of men and women speculated about its fate, believing the spurt had dried still at the age of imperial opulence and that the only thing which remained was a dark and reflective oligist dust.

However, as the years went by, slowly in the midst of the inaudible murmur of the stones, this fountain once again found the chance to feed on the pleasures and fantasies of those who approached it. Secretly in the rocky bosom, it had been swelling around its own solitude up until the moment when it formed a whirlwind, a swift and aggressive spiral force as never seen before, nourished by the beauty and enchantment that infiltrated under the soil of the Solar.

From the old halls, ballrooms and gardens there remained only mysterious vestiges, enigmatic fragments which launch us into various pasts and futures —streams of the untimely gushing of that old fountain. Between the favela and the asphalt, the present appears like a shadow dancing vibrantly through other temporalities of this territory.

From the future, which allows us to look at the past with the interest of those who excavate the time, we invite everyone to a night of revelations; a night of intoxicating contact with beings and objects that inhabited this place in their parallel existences crisscrossed by time immemorial. Here, in this glorious and wild environment, a collection of characters and elements survived the end of centuries to meet us on the other side of a portal between yesterday and tomorrow. Helás, the present, again and again, operating as this shuffling force of the senses, offering us the possibility of a new future, of beauty and transformation.

This project was born out of the desire to think Solar dos Abacaxis as a fictional space, a spectral zone located between the past, the present and the future, a privileged stage from which art and architecture can be experienced in the same way as archeology faces indeterminate ages. Times collide and creep into the woods and architecture. They tear apart a rift that triggers aesthetic, political, and cultural reflections.

The Manjar, this exhibition that manifests itself within such a specific temporality, builds a place that is simultaneously real and virtual, where images are rearranged while encounters occur and reoccur endlessly. In the Manjar, the present reinvents itself inadvertedly – every day and every night.

The group of objects and works of art gathered here is formed of signs, vestiges of the articulation of many realities, narratives and technologies. They’re elements which gravitate all over this environment, mobilizing desires and demanding our fractional span of attention; objects which are given to us to be seen in a lapse, in a single blow, vertiginously, in an unbridled breath.