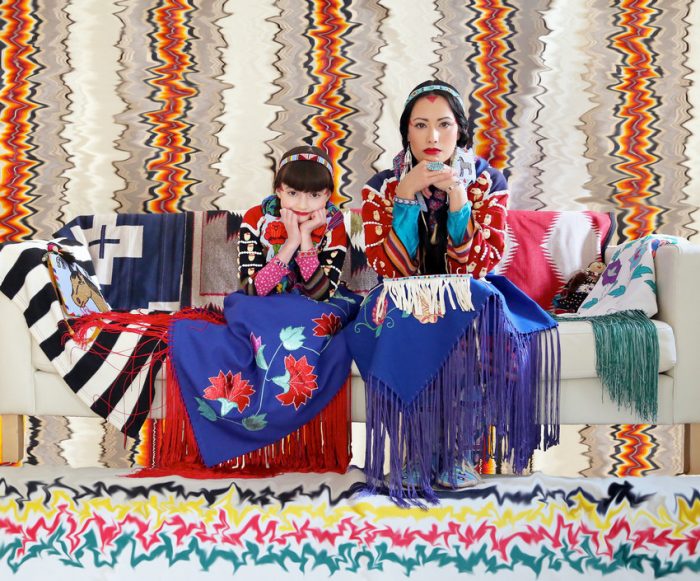 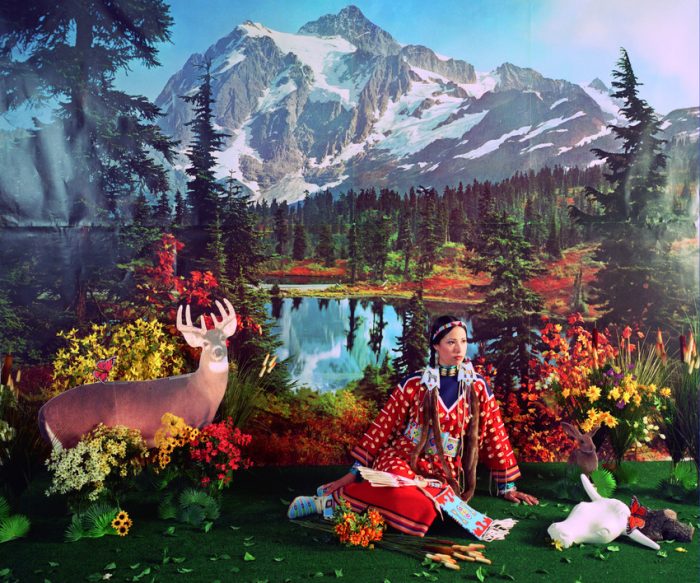 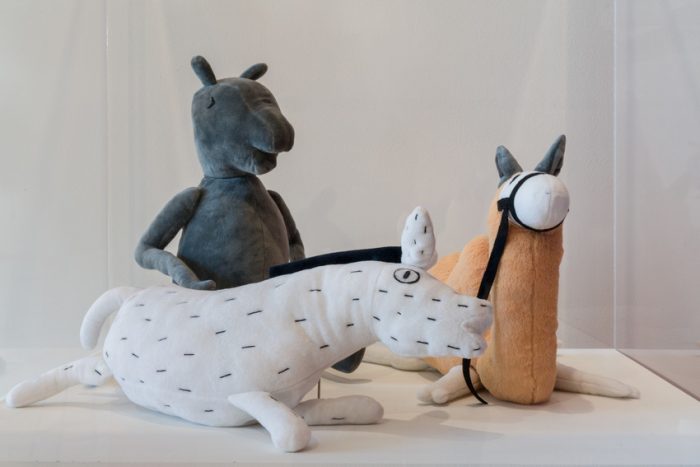 Multimedia artist Wendy Red Star, a member of the Apsáalooke [1] (Crow) tribe, creates art to offer a narrative of Native people in America that focuses on an indigenous perspective rather than the typical stories told by non-Native scholars. An avid researcher, Red Star uses historic imagery and material culture as direct references for her own photographs and installations.

At the center of Children of the Large-Beaked Bird are portraits taken during the 1873, 1880, and early 1900s Crow Delegations that brought Crow leaders to Washington D.C. to meet with U.S. officials to negotiate territory and reservation boundaries. Red Star adds details and annotations to these images that highlight the leaders’ humanity and importance.

Children of the Large-Beaked Bird provides an opportunity for children and adults to look at the history and identity of a people as told through their point of view. As the artist notes: “It is critical to preserve and pass along culture, heritage, and shared values while also providing future generations with a sense of identity, solidarity, and empowerment.”

Artist Wendy Red Star works across disciplines to explore the intersections of Native American ideologies, both historically and in contemporary society. Raised on the Apsáalooke (Crow) reservation in Montana, Red Star’s work is informed both by her heritage and her use of many forms of creative expression, including photography, sculpture, video, fiber arts, and performance.

An avid researcher of archives and historical narratives, Red Star seeks to incorporate and recast her research, offering new and unexpected perspectives in work that is at once inquisitive, witty, and unsettling. Intergenerational collaborative work is integral to her practice. She also works to create a wider forum for the expression of Native women’s voices in contemporary art.

Red Star has exhibited in the United States and abroad at venues including the Metropolitan Museum of Art, Fondation Cartier pour l’Art Contemporain, Domaine de Kerguéhennec, Portland Art Museum in Oregon, Hood Art Museum, St. Louis Art Museum, and the Minneapolis Institute of Art, among others. She served as a visiting lecturer at institutions including Yale University, the Figge Art Museum, the Banff Centre, National Gallery of Victoria in Melbourne, Dartmouth College, CalArts, Flagler College, and I.D.E.A. Space in Colorado Springs.

In 2017, Red Star was awarded the Louis Comfort Tiffany Award, and in 2018 she received a Smithsonian Artist Research Fellowship. In 2019 she had her first career survey exhibition at the Newark Museum in Newark, New Jersey. She holds a BFA from Montana State University, Bozeman, and an MFA in sculpture from The University of California, Los Angeles. She lives and works in Portland, Oregon.

[1] «Apsáalooke” means “children of the large-beaked bird.” White men misinterpreted the word as “crow,” which is how they became known as the Crow tribe.