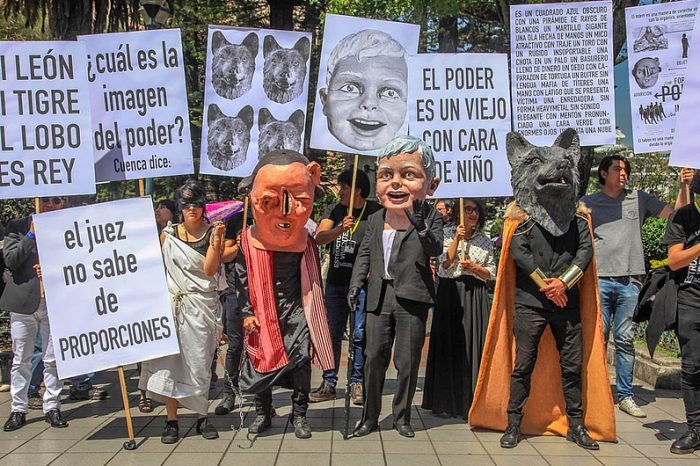 Supporting Evidence, Politicizing the Archive, Inhabiting the Micropolitics
An analysis about Latin American Contemporary Art Biennials and the case of the Bienal de Cuenca (Ecuador)

Once again, those of us that are dedicated to analyzing systems, their dynamics and procedures advise how their machinery is deployed, we understand that the roles are more important than the people that run them and that the productions (works, objects and artistic practices) could be completely expendable. The subjects and objects are therefore the visible and formal sign of a policy-making system.

Machines have sex through human beings
Samuel Butler, Darwin among the machines, 1863

What makes and produces a biennial? Diplomacy or politics

First: Institutions manage subjectivity through bureaucracy, until its near elimination. In this lies its efficiency, control and possibility of surviving: it depersonalizes, it encrypts, it organizes, it distributes. We have mentioned it insistently, no institution can revolutionize itself, therefore within its framework acts of courage (such as dissidence) are very expensive. They are, in fact, uneconomical.

Contemporary art biennials are an institutional model whereby they coordinate and engage with economic, political and ideological interests in order to exert their influence and justify their presence. Managed by big foundations, they anticipate to protect their symbolic capital through management, speculation and acquisition. This is evident in the choice of equally institutional curatorial figures (working curators) that strengthen their editorial lines.

In the art system institution is confidence, because their parameters upon being tangible reveal objective results. To produce knowledge and to evaluate the quality of that production requires the establishment of qualitative criteria that should be countered and affirmed discursively, criteria that are less objective and less visible. In the biennial to take risks is to risk being punished by the status quo of the field of art knowledge. Therefore the question is how much permeability and how much vulnerability support the institutions (and their editorial lines) in the production of a multi-institutional event. 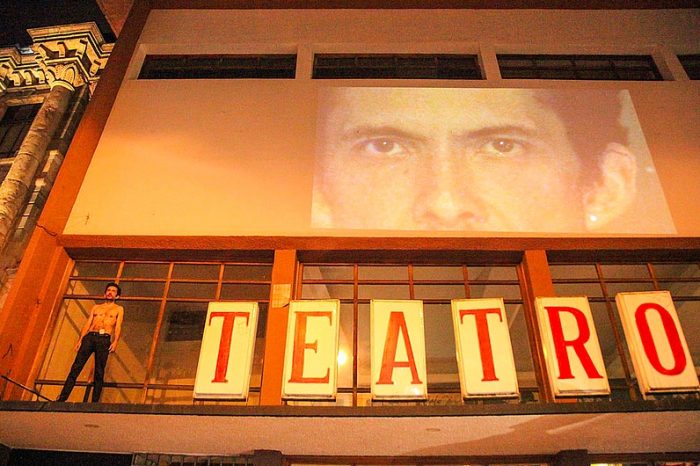 These megaevents that occur every two years organize with sufficient pressure a scheme that offers the fulfilment of three fundamental objectives: market, legitimization and internationalization. A prestigious market with symbolic goods; trading markets of products and surpluses that circulate within a framework of the speculation of value and pricing; and lastly a touristic and business material market. Legitimization of agents of the art system (artists, curators, mediators, editors, gallery owners); of civil servants, institutions and big brands. Internationalization of work models, conceptual orders, consolidated careers, and the resulting effort of exportation of a notion of success that feeds and satisfies the institution once again.

We know that with recurrence the driving force of these events exceeds the contemporary artistic practices, in order to place itself in the political and economic negotiations that surround them (in their local scenes and also in relation to the national public politics). Such practices are non-transparent relations that traction to the biennials as a signal of the social, regional and institutional circumstances. In this way, the biennials function as platforms that sustain and demonstrate an ideological structure, that characterizes itself in every one of its institutional decisions. [1]

Until this point, at first glance, it seems that the curatorial research is irrelevant, or simply, is not a priority but rather a subordinated tool to other interests. The places of power drag along the pressure of negotiating constantly the autonomy and its resulting freedom. 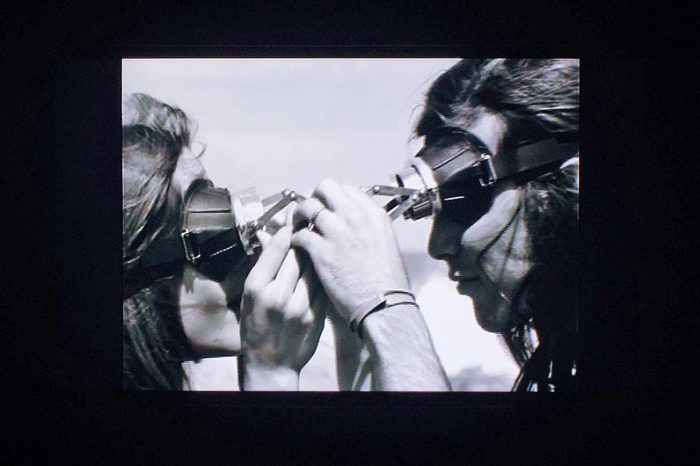 To preserve and fulfill the editorial line of the institution, to serve it, is a bigger priority than the quality of the curatorship.
(Cfr: Curatorship of service, conceptualization Justo Pastor Mellado, 2015)

The Bienal de Cuenca (Ecuador) is not an isolated case of this analysis, it positions itself as an event of continental relevance, sustaining a place between the influential biennials in contemporary art practices, together with the Bienal de São Paulo (Brazil) and the Bienal de Mercosur (Brazil). This biennial arises coincidentally with other biennials towards the end of the 1980s, years that were marked by a return to democracy throughout the continent and a devoted spirit to the new strategies of globalization.

In 1987, the Bienal de Cuenca began as a regional painting event (traditional and local) that is transformed based on the curatorship of Virgina Pérez-Ratton in 2001 together with a curatorial team [2] who propose to modify, in their seventh edition, the profile of the Bienal Internacional de Pintura de Cuenca, to the Bienal Internacional de Cuenca. [3] In this way, it contributes to install a contemporary art event situated in a region that is not even the political and administrative capital, Quito—where the majority of the public museums are located—nor the financial center of the country, Guayaquil. In this transition, it is one of the first biennials to incorporate to its program the debate and reflection through days of discussion about contemporary art; as well as taking the figure of the educational curator, exclusively dedicated to work with contents of mediation for public not specialized in art.

Here the foreign curatorship performs a fundamental role in revising critically and redirecting the direction of the event for the update of its content and procedures of selection and production, which would allow it to fulfill its desire to participate in the contemporary art scene at an international level. At first, this ambition manages to autonomize the event from the agreements of the local art scene, mainly universities, remaining in a level of impermeability which entails a progressive professionalization and division of the work of local agents in exchange for their participation. [4] 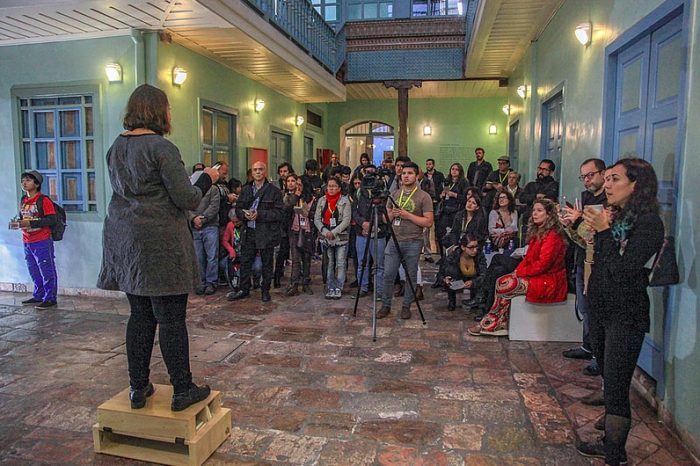 In relation to our participation, in November 2018, as part of the table Modelos y desmodelos bienalísticos in the context of the Conversadera organized by Cuarto Aparte Plataforma Autónoma (Cuenca, Ecuador), we were talking about the slowness of these processes at a local level, and about the priority of the installation of the biennial event as a necessity outward in view of a horizon in which it desires to remain. A sort of aspirational vocation, centered in an economy of prestige and not in the consolidation of the means of local production (technical, conceptual and discursive).

Nevertheless, a phenomenon takes place alongside that escapes the development and previewed control of these big institutions: the way in which the biennial event puts and localizes itself within the context of provoking a side benefit in the long run. The local scene reacts and takes position on the circulation (of people and content) that the biennials establish, marking points of tension, dissident versions and other forms of complementary audit. In the best of cases.

In relation to this last Bienal de Cuenca it is important to highlight the alternative labor that the business Cuarto Aparte Plataforma Autónoma has been carrying out since 2009, as a model of horizontal and collaborative work. The fifth edition of this event—CA5.0—carried out in November 2018 considers the generation as an overturned counterpoint to the experimental production and debate about forms of organization and institutionalism of contemporary art in the region, through spaces of reflection with national and international guests, the coordination of a residency—Casa Aparte—, workshops and laboratories, and—last but not least—parties. [5] 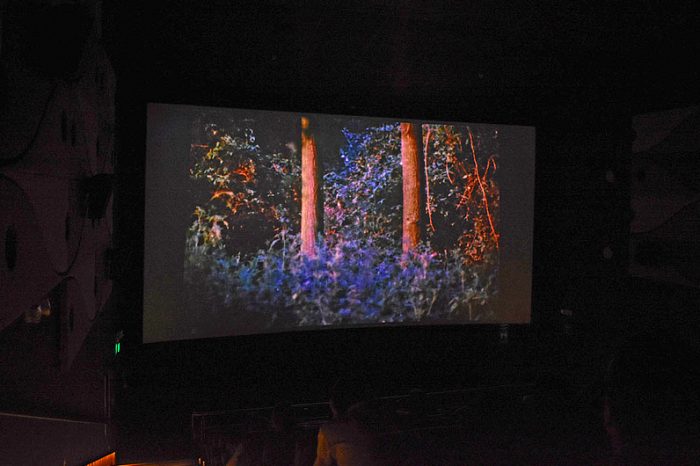 We can also mention the work of the Encuentro Nacional de Estudiantes de Arte (ENEA) [6] coordinated by students from the Universidad de Cuenca, in collaboration with Cuarto Aparte; that in their second edition also proposed days of discussion in an informal chat format; book presentations, cinema and music series. In this encounter students from Quito, Guayaquil and Riobamba participated. [7]

Lastly, the exhibition Diagnóstico Terminal mounted in the old hospital of the IESS, in the framework of the Bienal Nómade initiative, managed by the curators Hernán Pacurucu (Ecuador) and Víctor Hugo Bravo (Chile).

The trajectory and level of call of these works shows the progressive professionalization of the scene surrounding the biennial, establishing points of discussion about the artistic practice and content production.

These parallel events question the biennial institutionalism and—through it—all institutions involved, constituting with time in respected spokespersons equally professional and demanding but with a more organic and sensible action to the possible local changes. Other modes of cultural articulation are therefore created and other institutions that complicate and diversify the espaços de fala [spaces of talking], without formally reproducing the orders that pre-establish the globalizing formulas of success, establishing therefore a relation much less homogenizing with the local imaginary. 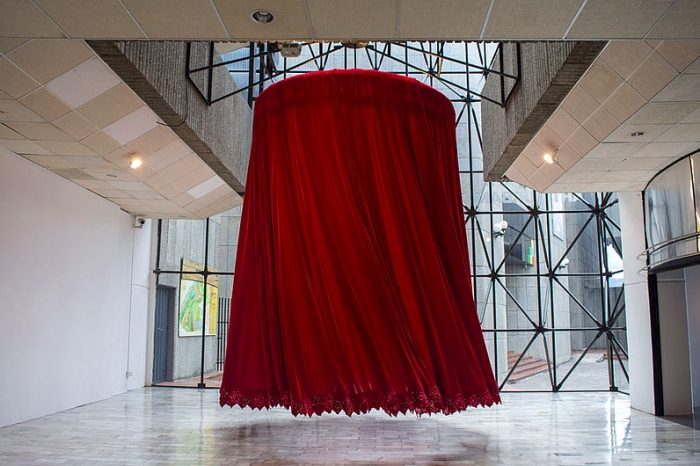 The Bienal de Cuenca, as its institutional partners (other biennials in Latin America), has as its main objective the circulation and exhibition of established knowledges about contemporary art, that find themselves in the entrance hall of becoming patrimonial knowledge managed by the museums and academies; or to be consumed in the art fairs and commercial galleries.

In the case of the Bienal de Cuenca we are referring specifically to the recurrent participation of mid-career artists that already contribute within the art market, unlike the alterative initiatives where the protagonists and public are younger and don’t necessarily participate in the ladder of success of the international careers. There also exists a difference between the formats already established in production and exhibition of the works, unlike, for example, the experimental spaces of artist residencies.

Nevertheless, as long as the biennial is a display cabinet to the world, it is necessary for the production chain of primary materials of the art system because it exhibits a symptomatology of its structuring; and therefore, we argue the value of its reified position, as enabling non-intentional forms of citizen resistance and production of other possible subjectivities.

To produce institutions is to produce procedures, but also their decisions put to test – in the spaces that they are not able to manage—the desire of freedom and the capacity that the society has to return to think.

Download for free the comparative investigation of biennials in Latin America: http://curatoriaforense.net/_editorial/fanzines/sistematica_y_seductora.html