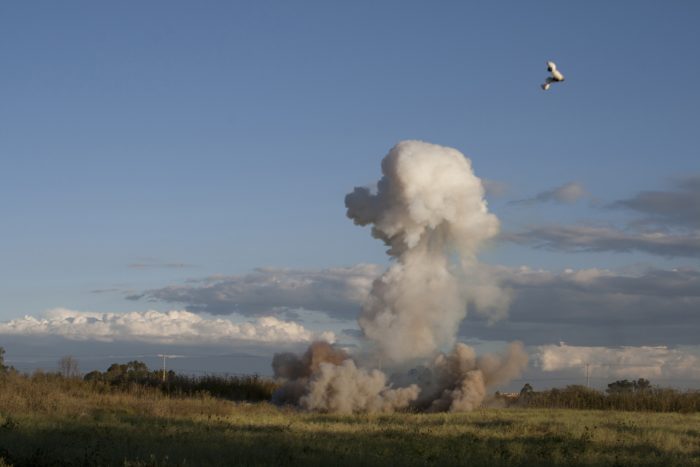 Smuggling implies moving between limits and borders. On the one hand, it requires passing from one system for organizing territory to the next. Additionally, it implies calling the binary code of the legal and the illegal into question. This movement can only be realized by disobeying the dictate that says we should live at the positive pole (legally, correctly, honorably, or morally) and slipping into the region of the negative and what happens out of sight—the region of the obscene, what we cannot see but that we can perceive in other ways. Let’s call it the prohibited. And let’s say that to traffic in contraband also means trading in the prohibited.

Thanks to Foucault, we know modern states naturalize and de-naturalize innumerable practices in us, exercising their control through the gaze. As illegality knows well, to grow invisible is therefore a way to escape that control. Rendering invisible is also a way to control the knowable itself. We place too much faith in our gaze, as if image were irrefutable proof of existence or of something’s absence. On the contrary, the image is a proof of distribution, of that which we are allowed to see or that which had been veiled. This blind trust in the eye delimits and cuts down our subjectivities, our languages, and our bodies. That is why it is necessary to learn to perceive beyond the limits of the visible, to be able to smuggle in the presence of that which has been removed from our gaze. With what inhabits the shadow zones as well as those of complete darkness. There, removed from our scene, an infinite spectrum of events that do not form part of the knowable occurs. That said, there are occasions when these events that live outside the visible veer into our range of the perceptible, of the real, and dislocate an idea or a referent. They appear not unlike a voice whose body you cannot locate but which you hear, like something you perceive behind you but that isn’t there when you turn around. 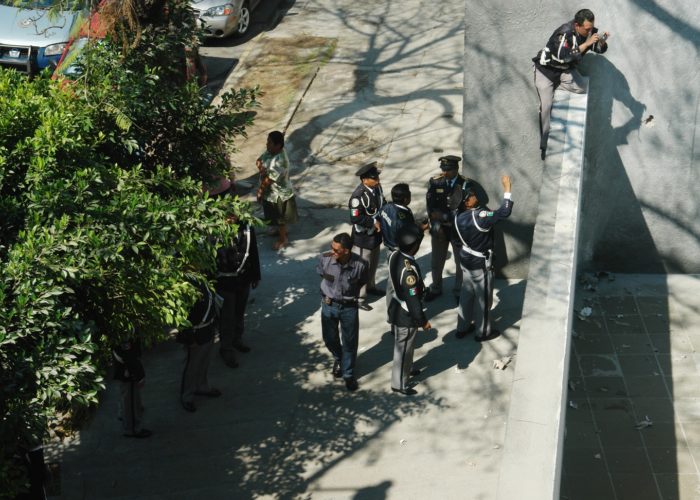 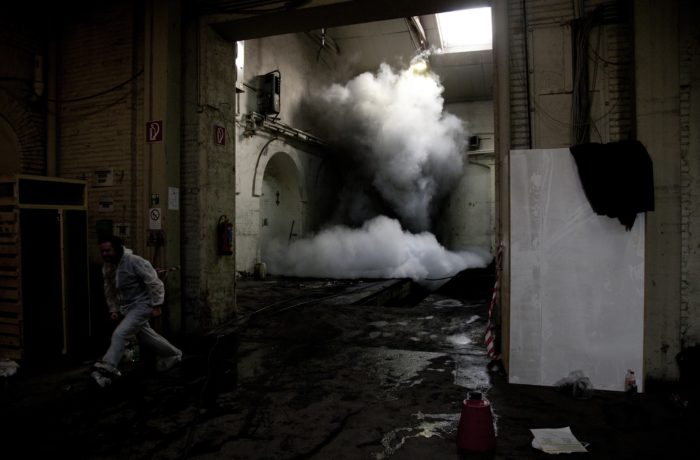 Work by Mario de Vega plays at recovering traces of those events. It presents evidence of the existence of what belongs to the invisible. Gestures that lend a body to what, to our eyes, had no body or had lost it. For example, in Time Lapse, De Vega makes the actions of bodies in an art gallery perceptible. The installation can only be accessed by one person at a time. Once inside it, a mathematic function analyzes the acoustical activity the visitor’s body gives rise to (things like walking, breathing, speaking, etc.).

The same function activates an audio signal based on the analyzed parameters. No one knew what activated the sound. Our body’s relationship to the space is clearly a manifestation of our subjectivity. We do not all relate in the same way to the environment and the power structures our behavior activates. An art gallery is a place where relationships, say, of class are activated and leave a great many out. This relationship of belonging to a place translates into our body language. De Vega makes these connections perceptible through the data he collects and the sound signal they activate. 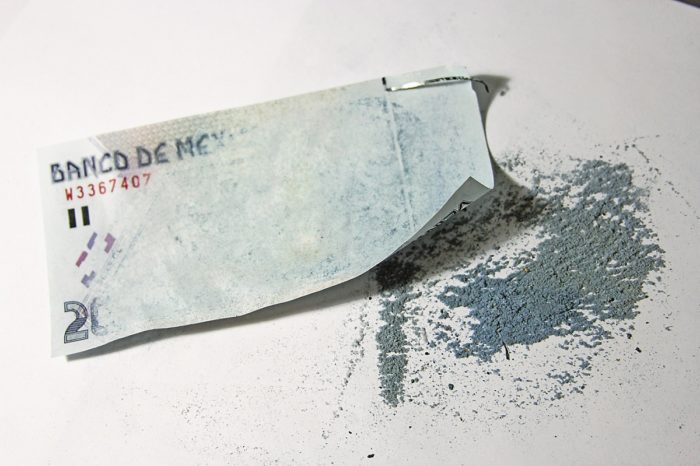 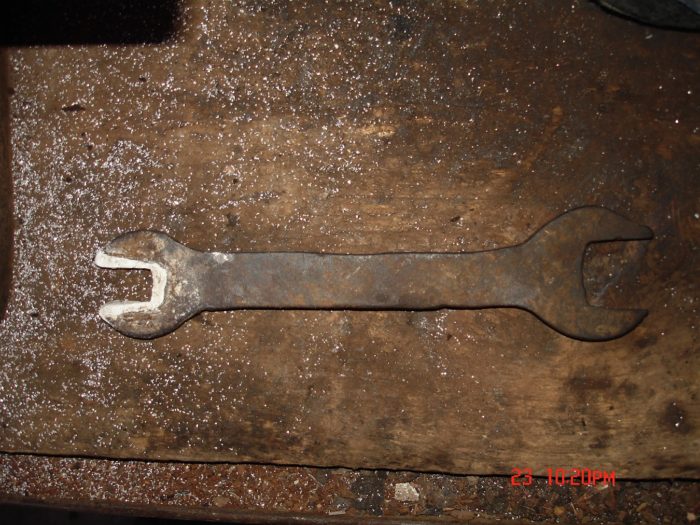 Fritzia Irízar, Untitled (On Wear and Tear), 2005. Image courtesy of the artist and Arredondo \ Arozarena gallery.

Franco Berardi used to say that modern progress largely sought to reduce human life’s dependency on the unpredictability of what we have agreed to call nature. Put another way, to reduce contingency. Society, its institutions, and their subsequent handouts, cutbacks, and distributions were created to shield us from the harshness of life. In the present game to make the obscene perceptible, Mario does not merely present evidence of the structures that govern our body from the realm of the invisible, he also works on a more elemental level, presenting those powers, the forces that generate bodies and that are the very contingency from which we sought to protect ourselves. A large part of his work has been given over to presenting the marks explosions leave behind, or exposing visitors to sound frequencies that assail the body. Sound (as a force or as a language) occurs and causes an impact, despite the fact our senses may not perceive it. In 2016’s Persona, he struck a gallery wall with a braided-leather whip. He struck the wall and the marks that were left behind were visible as the traces of that force. When we see those marks, we call up the sound of the impact in our minds. Traces are presence—image as well as body—and at the same time the evocation of that energy.

The same thing happens with the artist’s Placa de acero modificada con un explosivo from 2006. He subjected a steel plate to an explosion, later showing audiences the marks and deformation left behind on it. In other words, through those traces, Mario reminds us of the power progress has sought to control, subduing subjectivities, languages, and bodies at the same time. In this race to control contingency by controlling the visible, ordering strategies have demonstrated that the social is a mandatory element. Its sole function is to impose itself through the suppression of bodies and subjectivities, converting them into prudential beings. Subjects, all of us, who dare not cross over to the negative pole, into the shadow zone, for fear of punishment and the uncertainty of not comprehending other ways of operating and understanding the world. Yet we know those shadow zones are illumined for others. In exchange for our prudence, and giving up existence itself, states made their promise of safety to us. 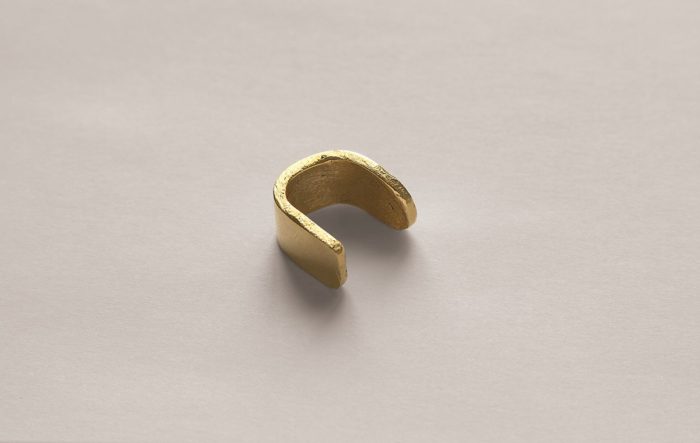 Fritzia Irízar, Untitled (On Wear and Tear), 2005. Image courtesy of the artist and Arredondo \ Arozarena gallery.

Fritzia Irízar speaks of that promise in the 2005 work known as Untitled (On Wear and Tear). She took tools used by laborers required to invest a great deal of physical effort into their work and made impressions in gold of the material that hours of labor had worn away. In this artwork, just as Vega does, Irízar presents traces—samples of the invisible. What is worn away, just like in the case of the whip marks on the gallery walls, is an evocation, in this case of the time and force that were invested into work—of the control, through production, of the power of bodies which we earlier referenced. Marx explained that in industrial capitalism value is time-accumulation. Workers contributed to a buildup of capital with their lifetimes and energy and in exchange ought to receive welfare from the state. Our time, workers’ time, becomes value. A value, it is true, that is certified in gold. And the value of gold is—and always was—fictitious.

In 2004, Fritzia converted the entire budget she had been afforded for the production of an artwork into US dollars. These banknotes were then pasted to a gallery wall. 800 one-dollar notes papered the wall and were then covered in plaster and white paint. In the work known as Untitled (Wall) Irízar hid the gesture. She gave body to the invisible, only to hide it again. Put another way, she showed the process of making invisible, because this piece is a constant repetition of that hiding gesture. In front of the wall, we conjure up the image of the money, which disappears when we actually look at the wall. At the margins of the symbolic capacity of transforming one currency into another, Irízar makes clear that money no longer needs a body to exist. In finance capitalism, production does not need workers’ bodies (though it does need their minds). In fact, the financial market tends to affirm that currency needs no body or backup in the real economy. Money is slowly becoming abstract and therefore entering into the territory of the obscene. 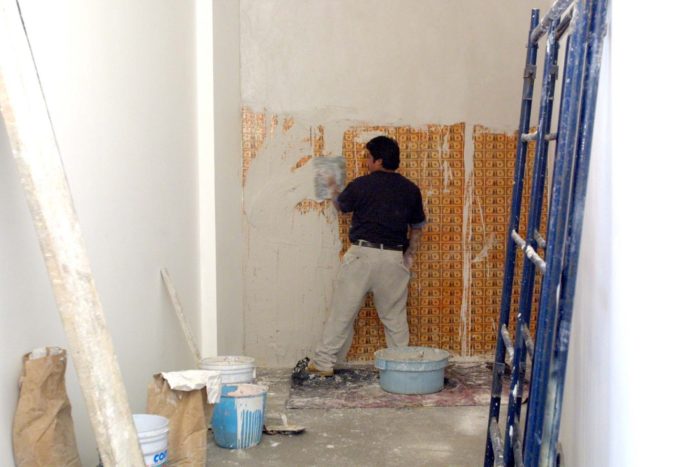 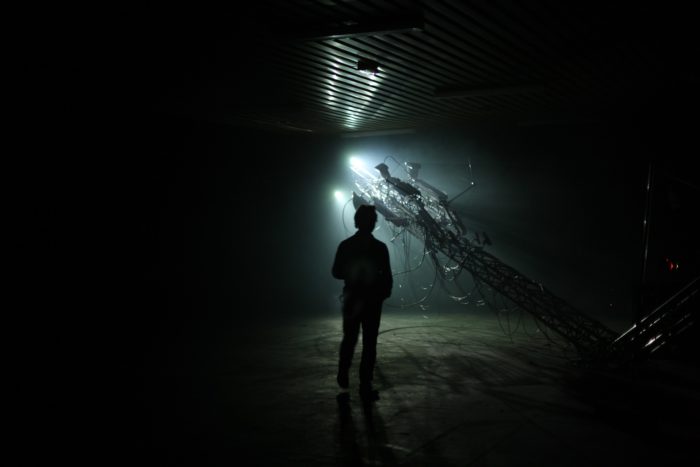 In his two versions of Dolmen (2015), Mario de Vega used a heavy antenna to gather electromagnetic and wireless signals moving through space and translated them into sound. With this, he made communication’s imperceptible sphere perceptible. On the one hand, he revealed the weighty body to which the world of the immaterial is subject (a complicated production-destruction network of antennas, routers, telephones, etc.). On the other, he translated the matter from which all our languages are made—wireless and electromagnetic waves—into sound. Dolmen becomes a presence, endows the abstraction of code with a body, and this gesture is more important than it might first appear. Dolmen endows us with the ability to certify the existence of what the code distributes: the finance capitalism that underlies the logic of the algorithm. When we listen to the waves in reality, we’re listening to financial transactions, the ones that happen in the realm of the abstract.

The world of the immaterial drives us toward a new type of sensibility, where the meaning of languages—be they spoken, visual, or aural languages, or the language of money—are not constructed within a body’s existence, but rather, within a digital image. Now we no longer hear power coming out of bodies in the form of a voice; this has been replaced by the clicking of an icon on our screens. Workers’ bodies are no longer necessary, not even to construct those languages. As a consequence, the symbolic structure that manufactures semiosis processes has found a replacement in the digital image and by extension, in what this hides: the code’s abstraction. To survive, we have to learn to move between the limits of the material and the immaterial, the code and its effect on the real; we have to shatter the boundaries between the permitted and the forbidden. That is why we need to create systems that, like Dolmen, let us make what happens outside our scenario, in the abstraction of the code, perceptible. That way we can hold on to the hope of trafficking in the symbolic and smuggling in referents. 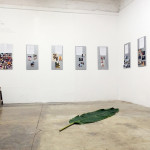 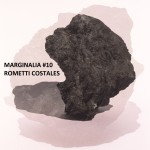 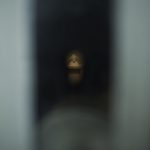