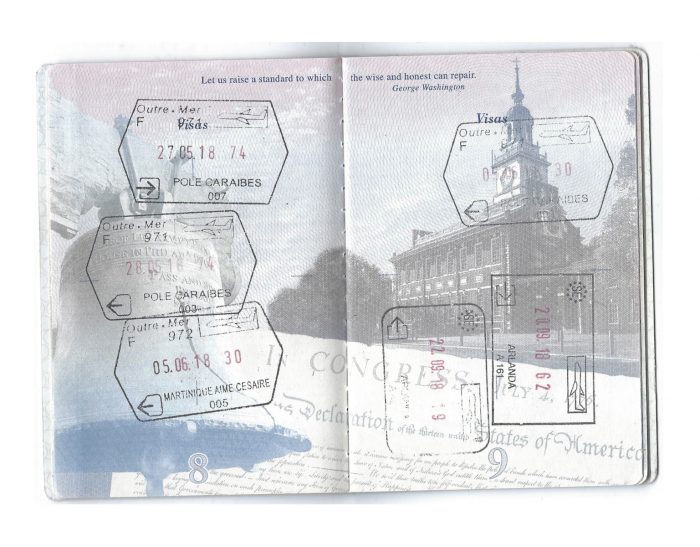 Bringing together local artists and students from Columbia College Chicago and the School of the Art Institute of Chicago, the collective worked closely with luminaries such as Penelope Rosemont, Paul Garon, and Beth Garon, to learn more about the city’s surrealist beginnings and the exhibition’s predecessor, Marvelous Freedom/Vigilance of Desire, the world’s largest Surrealist exhibition, originally organized by the Chicago Surrealist Group in downtown Chicago in 1976, nearly three decades prior.

By 2015 the collective had begun traveling, leading conversations throughout the city of Chicago and the Midwest region of the US, engaging organizations such as the Milwaukee Art Museum and The Center of Afrofuturist Studies in Iowa City, where they each held residencies in 2016. In 2018 they received support through Independent Curators International (ICI) and the Joyce Foundation to travel to Fort de France, Martinique—home to Caribbean powerhouses: Frantz Fanon, Aimé and Suzanne Césaire, René Ménil, and Édouard Glissant, amongst many others—for the very first time. This is a selection of journal notes, poems and photographs created during a research trip that focused on the origins of AfroSurrealist through their print project titled Infinite Plentitude.

“It is not by chance that the Dictionaire du surrealisme et ses environs (1982)—by far the best reference work on the subject—asserts, in the entry for “noir,” that “black has always been the color of surrealism.”

“Yes, Afrosurrealism is a literary and cultural aesthetic, but we shall include it as a living tradition integral to the individual, the inner self, and the mysteries of consciousness, dreamscapes, chance encounters, and spirituality. We accentuate and excavate blackness from Old World myths with new tongues. We journey to the lands of tightrope hopes and promote and alchemize the ancestors dreams and duties to black existence. Charged in servicing the Marvelous it is a ritual negotiation. It is it’s very own occult. It is as above, so below, activation of the Mambo tarot and our right to Divinity!”

The Apocalypse of the Sons of Marvelous
Devin Cain

The creation of a metaphorical dialogue is necessary to the success of symbolic association, where the unconscious mind personifies aspects of its surrounding material culture and natural landscape. If our primitive understanding of nature has been sublimated to the unconscious mind, then it can be argued that the unconscious mind brings us closer to the natural world and that indeed it is the only part of the human mind that can claim to work within the realms of nature itself. Can it be possible to claim, then, that the unconscious is a force with behaviors like any other natural force, such as a river, a desert, a volcano?

Your physical body does not represent your true dimensions.
It is the extent of your consciousness, which determines your
relative position in the scheme of the Universe.
We are conduits of information in a process that
is undoubtedly unseen and black.

Many have talked about this subject since the dawn of civilization and it has persisted since before creation itself bearing many names. The classical element Aether plays two roles, on the one hand, the spiritual, and on the other, the mundane. An invisible, but reassuring field that connects and permeates all things, it is the quintessential spark that activates and maintains the all-inclusive chaos called creation. It is sometimes more generally translated as Spirit. The Japanese considered it The Void. Tesla considered it the key to unlocking the mysteries of the Universe. The Alchemists referred to Aether as quintessence with the conquest to isolate and harness its divine capabilities. It was symbolized as possessing value in transmutation and alchemical processes amongst other healing properties. 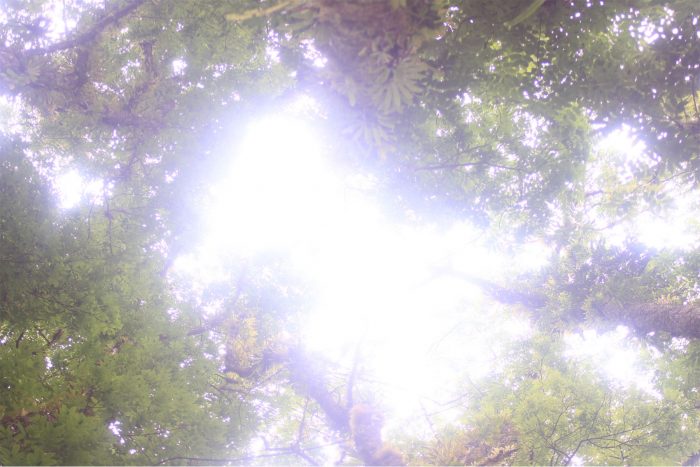 May 30, 20–
Where do we exist?
Azure skies are the ether of Aimé and Suzanne Césaire. Clouds with rims the color of smoke. Lush emerald and fuchsia blossoms heavy with the scent of perfume. Black sand beaches, cerulean ocean. Pink houses and palm trees. Zinc rooves and Arab men in tee-shirts emblazoned “Chicago Bully.” Men with skin of burnt umber and unyielding mouths. French-dipped lips fluent in the tongue of mistaken identity. France spills down the calle, and a black bird named Herbert flutters by metal gates and stained glass ceilings, trees flower with fruit near a swarm of mosquitos with a taste for US American blood. The waves of the Caribbean Sea baptize my mouth full of broken English.

May 30, 20–
What combination of words, chants, incantations root out the colonial impulse in us?
What would it mean to shed the bloodthirst you infamously cradled since infancy? What does it mean to slip from your former self, tumble from the tower of you? To release all that outlives its usefulness? The Death card shows up; cloak, skull, sickle. Everything you believe you are six feet beneath his feet. When you claw your way to surface, your nostrils caked wet soil, dirt under your nails, night birds twittering your return, what is this grave skin marked with lush design, nature architecture, overgrowth burst from decay?

May 29, 20–
Do you sometimes have to rewind to go forward?
We climb the winding road to rainforest. Our guide, Khalonji, talks of homes in the hills, door-less doorways and windowless windows, wildlife free to enter. Even snakes, he says, I think just to watch my eyes widen. He laughs. “The snake is your friend. He doesn’t want to hurt you. He lives low to the ground. He’s deaf and hears through vibrations. When you walk through his home, walk hard so he hears you. He doesn’t like surprises. They make him defensive.”

I revisit the work of Ms. Morrison whose worlds are large enough to hold black men who fly, plagues of blackbirds, a Br’er Rabbit [1] named Son, and trees that step back to welcome him. Worlds with branches full of free women and crying butterflies. It’s no coincidence that one of our earliest encounters upon arrival is a bench donated to Aimé Cesaire from Ms. Morrison’s estate. We sit there to collect our American selves in the heat.

[…]
At story time, we discover a symbolic image:
mirror, becomes a tree,
dead but reviving.

As magic traditions imply, we interpret night
birds twittering as nature architecture, and the ways
Freedom must make experimental studies in dreams.

Stories are a compromise told heroically in three lines –
skin marked, cross-legged, and fluent in the tongue of mistaken identity.
Where do we exist?

Broken up and abroad, those who eliminated themselves
for American blood. Their exiles a mouthful of “Le Tropiques”
adjusting to the climate with a taste of tragedy,
large quantities of ice, and cloak, skull, sickle.

Death does not mean bitter finality and despair.
Just imagine a sky-blue, up from the ground beneath his feet,
from seed, clouds with rims the color of cerulean,
mysteriously deliberate.

* * *
Between the inner world and the cutlass,
your understanding is as expansive as your experience.
What is being shed in the midst of the incommunicable,
suspended in flight; a hummingbird, a perverse spell
with lush design from the earth, a whirlwind of foliage
bursting to surface.

To the diviner, the overwhelming force of the hectic rhythm
of planets in retrograde, or patterns of scattered shells,
break down the impassable barrier of Life and Death
through a sort of short-term echolocation.

In art as in life, the surreal transforms ruses of the intelligence
into field notes of the forbidden world.
It even propels us, through consciousness to accept
the birthplace of the formative self, lost to the self;
to make a new start toward the world of marvels,
gain access to regions of our absolute liberty.

The marvellous is overgrowth burst from mental desires;
those landscapes thick with bamboo groves, black sand
and divine design.
Marvellous is the exaltation of this cycle of death
and rebirth
in the fresh dancing air; the powers of that of the vegetal.

To abandon oneself to the rhythm of pink houses and
palm trees,
reality collapsing to make way for a spell of symbols
in a holy hand.

In the following pages, stanzas show up as romantic lettering
the color of smoke; a way to claw your way toward joy; the living
poems transport the Dance of Death into unknown dissonance.
Coat my tongue with the violent intensity of an immortal tender spell. 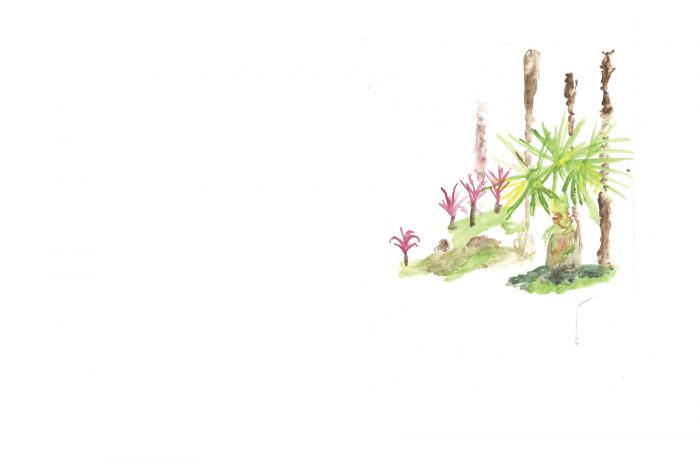 I open my eyes and explosions.

Everything is ripe and abundantly in motion in this strange and nectar-filled place
Tiny winged bodies zip through the horizon.
A purple throated carib replenishes its fix for sugar
A fruit fly baptizes its body in an abandoned glass of rum
A blue morpho butterfly shows off its shape and iridescence on a leaves of a banana tree
A red feathered rooster cocks its head and runs flamboyantly across its own patch of plentitude

Simultaneously, colonies of scratches and open wounds stretch themselves across my limbs
recalling the tendency for violence and invasion that even the smallest of entities can proffer

A swarm of infinitesimal vampires re-up on their thirst for flesh
and blood against my skin
Lime colored lizards scurry below me, as I think to myself that
Nature has a funny way of cultivating justice.

The revolution will be marvelous or it will not be.

Feeble pulsations mutate into large outbursts
Knights on strange four-legged beasts and creatures
shape-shifting out of forbidden foliage gallop into darkness
Fireworks and streams of scarlet, orange, and violet
fall from the four corners of the celestial sphere

Tell me what happens to the tree whose roots feed on sanguine instead of water?

What happens to the lungs when they fill with cries for mercy and no rejoice?

What becomes of the hummingbird when its drank too much nectar?

What becomes of the worker bee when the buzz of its vibrations gets too high?

The fallen fortress,
The missing head of Josephine,
a land devoured and consumed by hot molten rock
a people with no civilization
Signs of greatness and signs of tremendous defeat
a reckoning for she who lusts after iron, aluminum, copper, and gold

Although you may not know your origins in its entirety
What you do know is that they came here on boats
to the island of flowers, Madinina
A cannibalistic and defiant people
with children of
Maroon and indigo

Months later your father would speak of how this place reminded him of back home,
He’d speak of simpler days, excitingly reciting stories of the fruit and vegetal life he used to make play
with as a child.
As you walked with him, echoes of Aimé and Baraka’s teachings would circulate throughout your
thoughts

Somewhere a magician raises his wand up high,
cutting lines into the sky.
Somewhere a hermit pierces the heart of darkness
with an uplifted lantern
Somewhere a daughter unveils her magnificent power
for the very first time.

I open my eyes and tension releases from my clenched fists
Anger recedes as the gaps between knowing and not knowing, creation and destruction seeps
throughout my pores.

The hope of a perched dove transforms into a plastic fiber caught in dead tree branches
Its feathers rustle and evaporate within the polluted wind,
And I know that I am home again.

The revolution will be Marvelous or it will not be

The revolution will be Marvelous or it will not be.

The revolution will be Marvelous or it will not be.

du monde noir is an artist-run collective co-founded by Devin Cain, Krista Franklin, and Alexandria Eregbu that seeks to identify contemporary evidence of surrealist activity produced by visual artists and writers of the African diaspora in the US and abroad.

[1] According to Encyclopedia Britannica: Brer, or Brother, Rabbit was popularized in the United States in the stories of Joel Chandler Harris (1848–1908). The character’s adventures embody an idea considered to be a universal creation among oppressed peoples—that a small, weak, but ingenious force can overcome a larger, stronger, but dull-witted power. Brer Rabbit continually outsmarts his bigger animal associates, Brer Fox, Brer Wolf, and Brer Bear. The Walt Disney Company later adapted this character for its 1946 animated motion picture Song of the South. 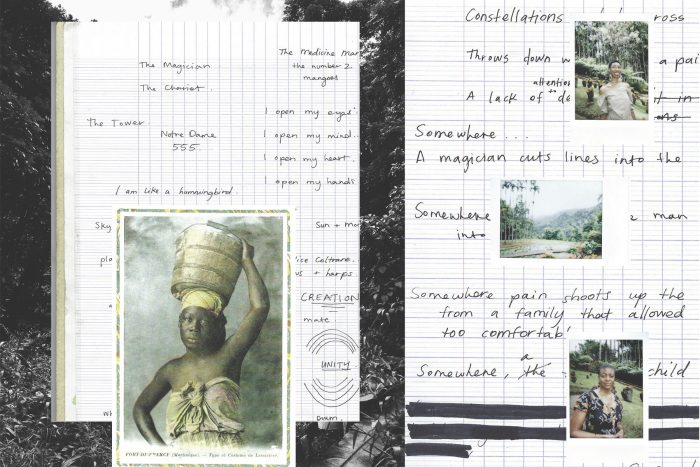 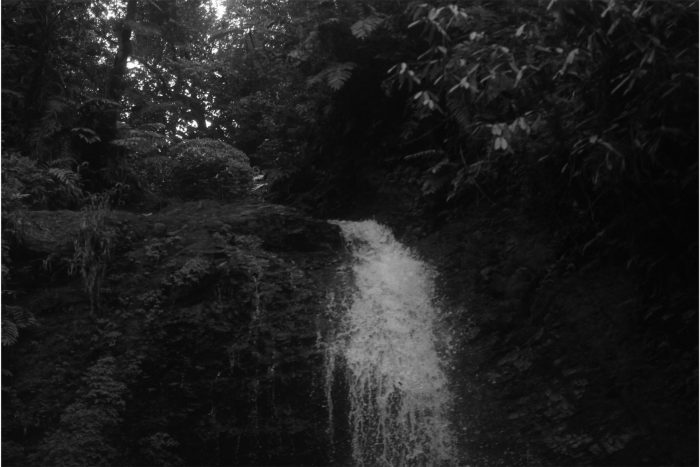 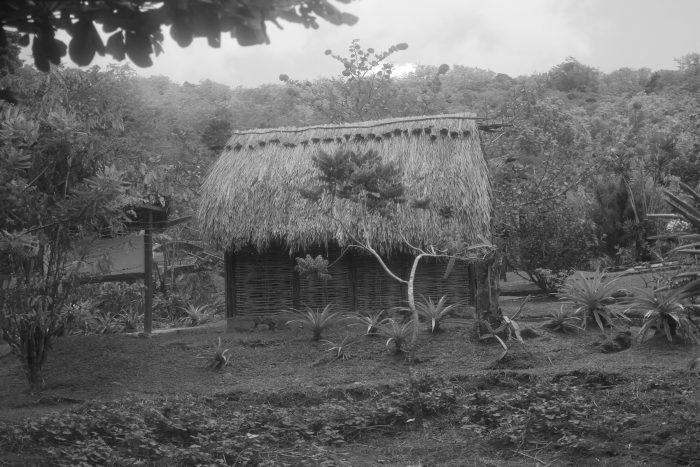 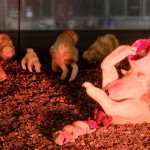 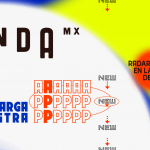 We Suffer to Remain 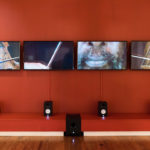 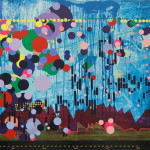