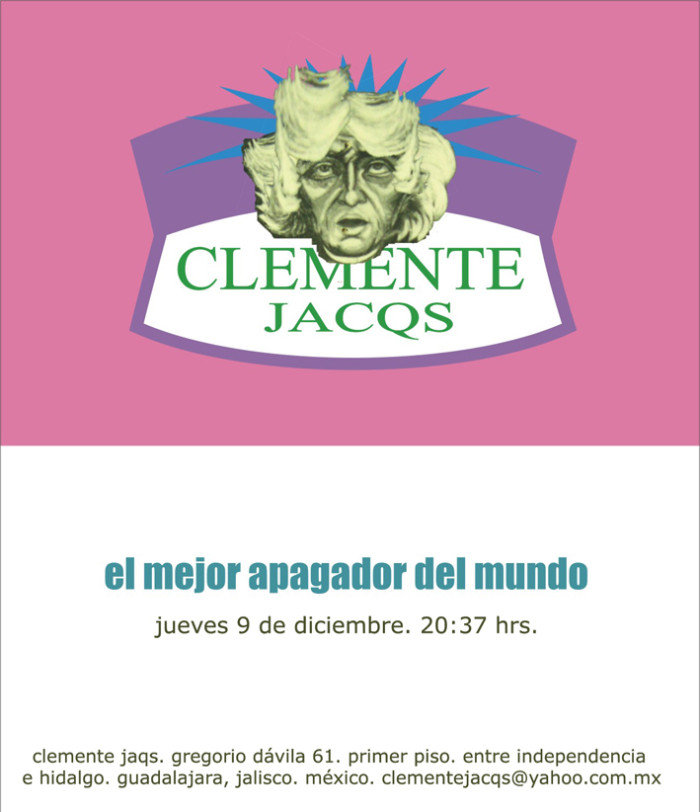 A hangover is an excavation of memory. A masochistic exploration of blurry memories, guided by nostalgia, where a reconstruction of the night before grows uncertain from not knowing if the images that come to you are real memories or just illusions.

Reconstructing the shared past is synonymous with changing your existence. When through memory and recall we clear our minds of the rigidity of the present, we allow the story we thought we knew to grow and reinvent itself. With time, imagination blends with the real; nevertheless, there are memories that take the form of recollections, photos, texts or rumors—to mention just a few such forms—that allow every curious person to trace a reference path along the plot lines known as history. 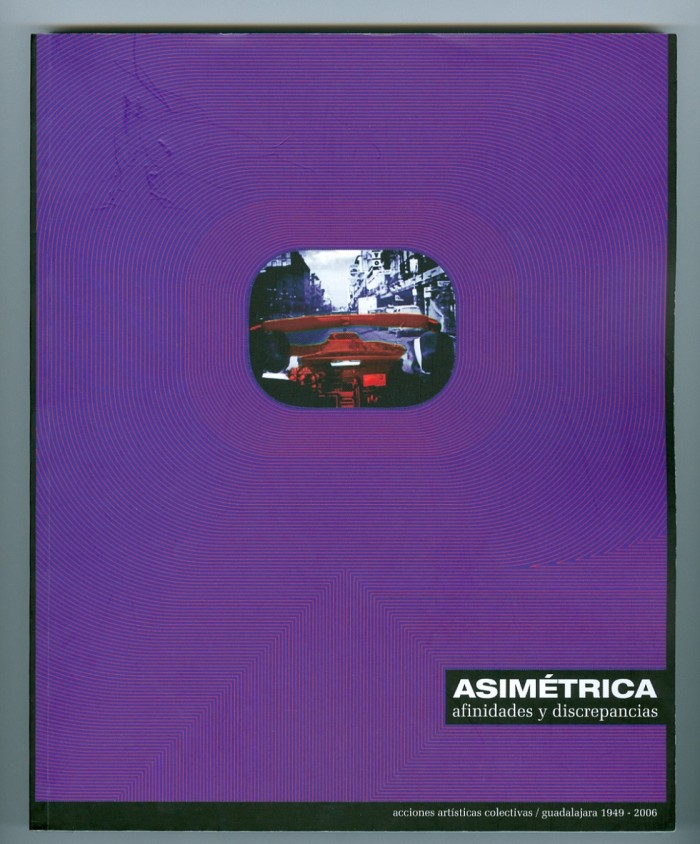 In this particular case, my vade mecum for those muddy waters is the exhibition catalogue from Asimétrica, Afinidades y Discrepancias/Acciones artísticas colectivas, Guadalajara 1949-2006 (“Asymmetry, Affinities and Discrepancies/Collective Artistic Actions in Guadalajara, 1949-2006”), a show Carlos Ashida curated in October 2006 at that city’s Instituto Cultural Cabañas, that suggested an approach to artistic groups from Guadalajara during that period and provided a general and particular contextual framework for each of the collective initiatives. Additionally, one of the project’s principal assertions was the development of two evolutionary paths that ultimately created a contemporary art scene, specifically the line that came from the so-called “Tapatía (i.e., Guadalajara-based) School” of architecture and the one that emerged from the University of Guadalajara’s School of the Visual Arts. The retrospective allowed for the identification of tensions between generational and discipline-related groups that typically did not maintain relationships, and in that way identify the changes that led to their integration through collaboration. Ten years have passed since that show opened, but I consider it pertinent to take up the narrative with which Ashida closed his biographical analysis of Guadalajara’s artistic collectives, not only as a tribute to his work but as well as a means of seeking continuity when it comes to recuperating local art history, a history that since 2006 has been but scantly recounted, filtered, interpreted or published. Guadalajara is the locus of gestation for a great many initiatives that helped define the national scene we know today. As home to ExpoArte, Mexico’s first international art fair, first presented in 1992, and because it was the first city in Mexico to break with 1990s-era institutional exhibition schemes—starting with the show entitled Acné o el nuevo contrato social ilustrado (“Acne or the New Social Contract, illustrated”), curated by Carlos Ashida and Patrick Charpenel—Guadalajara is a key city to understanding contemporary’s art’s development in Mexico.

The penultimate chapter in the Asimétrica… catalogue concerns Clemente Jacqs, a space whose core players have helped keep the city’s arts system active throughout the last ten years. On an upper floor of a retail space it shared with a vintage boutique known as The Cube, alongside the small office Javier Audirac’s Sonorama Festival occupied, Clemente Jacqs was a laboratory for artistic experimentation activated at the end of 2004 by Cynthia Gutiérrez, María Elena Larios, Lorena Peña Brito, Rubén Méndez and Emanuel Tovar. With scant, self-financed budget and an exhibition space measuring a mere 6.64 by 9.84 meters, the premise at Clemente Jacqs was to provide an open platform for local, Mexican and international artists with space for artistic projects, rehearsals or experiments rooted in a free playing field. Nevertheless, to understand CJ’s particularity we should make note of a connection that preceded the actual project in addition to its generational characteristics within a common context. 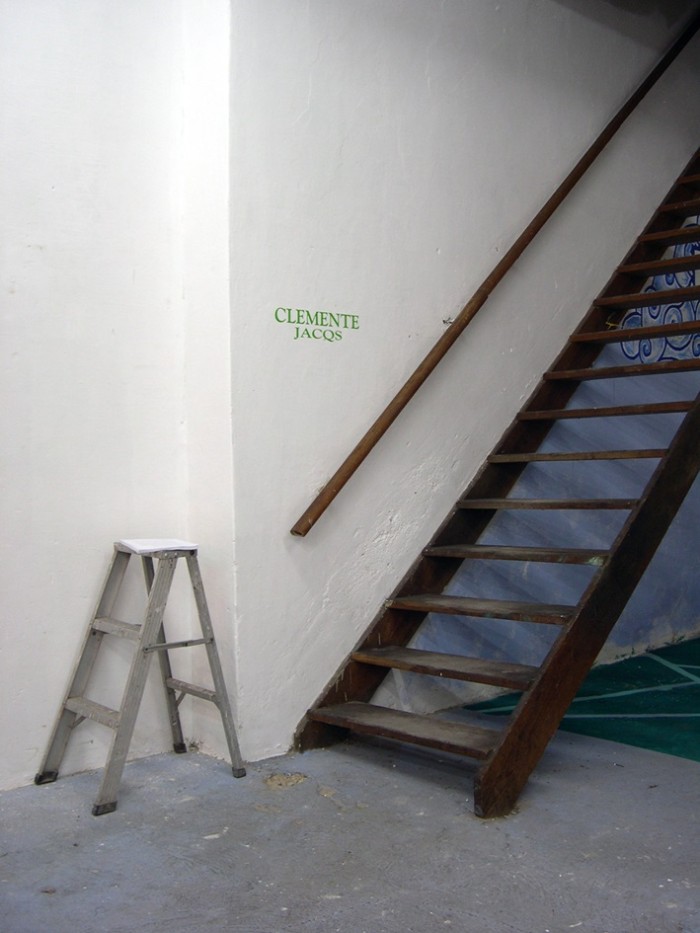 Throughout art history, we can find different artistic initiatives and movements—usually represented by icons—that typically had to do with “families” of artists at whom we must direct our gaze to deeply understand the general environment that united them. In the specific case of independent spaces, friendships based on common interests are the link that allows community—the base for any collective initiative—to be created. It is in such relationships where, based on trust and empathy, an atmosphere is created for sharing ideas, positions, doubts and disquiets free from any fear of rejection and with the assurance that one can count on a response aimed at fomenting dialogue, collaboration and an ongoing, shared search. Additionally, community creation allows for recognizing identification- and antagonism-related relationships in a way that also allows for an appreciation of the correlation between forces—aka networks—that shape local artistic life in the day-to-day.

Specifically with regard to Guadalajara, we should mention the generational aspect that established relationships between groups and collectives more typically divided along lines of disciplines or movements (i.e., painters, sculptors, conceptualists, political cartoonists or architects, et al.). These groups tended not to dialogue until certain links—the outcome of socialization and shared educational and professionalization processes, like social service as well as museum-design- and -mounting-related volunteer work—led to a convergence of ideas and a recognition of shared interests that evolved into friendships, permeated schools and provided space for practices and thinking that was marginalized by a system that understood art within a model of passivity in relation to a crisis that began questioning structures.

It was through a connection of friendships and affinities that Gutiérrez, Larios and Tovar, who studied sculpture together at the University of Guadalajara’s School of Visual Arts, began to examine their artistic practice based on the idea of sculpture-related “installation.” Their inquiries were influenced by shows Carlos Ashida curated at the Museo de las Artes de la Universidad (MUSA), the Centro de Arte Moderno (CAM) and ExpoArte Guadalajara. In addition to these influences, the challenges that came with the ongoing precariousness of academic life—a lack of tools, materials and a quality educational program—led the young creators to meet and exchange their reflections on the artistic production they observed around them, as well as the situations and challenges that emerged from an educational program that took up techniques but that neither made the media needed to master them available nor contemplated the option of the gesture as a solution. Faced with that last situation in particular, Rubén Méndez played an important role in motivating discussions that, collectively, kicked off work by the CACA and LIPO collectives. At the same time, he sensitized the Ashida family as a means of directing attention to a group of students that would come to make up those collectives, who were themselves brought closer to the art world and to different artists then working with Arena México, such as Jason Fox, Huma Bhabha, Chris Hammerlein, Fabrice Hybert, Matthew Antezzo and Davis Birks, among others.

The LIPO collective (whose initials in Spanish mean “the irreversible, ordinary production”), made up of Gutiérrez, Tovar, Larios and Méndez, emerged as a result of a shared interest in elaborating their own discourses and moving away from creative mechanisms established by exhausted aesthetics, at the same time they explored artistic production through collectivity.

For its part, the CACA collective (in Spanish both an infantile word for feces and an acronym that translates to “the action and artistic creation collective”) formed based on conversations between artist Renata Trejo and Rubén Méndez that led to organizing a visit to the Aurelio López Rocha collection, in which a group of painting students from the University of Guadalajara’s School of Visual Arts—including Cristian Franco, Felipe Manzano, Susana Rodríguez, Julián Jaime Contreras, Edgar Cobián and Trejo herself—participated. Discussions and questioning that emerged from that visit led the student group to research that awakened an interest in critiquing the academic training they were receiving. Motivated by this desire, they were drawn to the arena of independent and collective artistic production.

CACA organized a workshop entitled “El Legado de Duchamp” (“Duchamp’s Legacy”) which the Chilean Cristián Silva led in conjunction with Cu.Mu.Lo. (Curaduría, Museografía y Logística), an initiative by Méndez in partnership with Alicia Lozano, Mónica, Jaime and Carlos Ashida that organized shows in private as well as public spaces at the same time it hosted workshops and talks on contemporary-art-related themes. It was during this period that the relationship among “the Clementes” grew closer through the discussion of ideas they held in common.

The natural tendency for collectives to disband kicked off a need to have a local space that materialized as Clemente Jacqs. The founders’ collective experience led to a shared need to create a signature platform where they might exhibit their ideas freely. Additionally, Méndez’s professional experience collaborating on numerous exhibitions with Carlos Ashida and Patrick Charpenel, Lorena Peña Brito’s time with Arena México and Cynthia Gutiérrez’s at the Colección Charpenel allowed them to have an idea of how projects were managed and identify the tools that would ultimately help them decide to open their own exhibition space.

The name Clemente Jacqs was an irreverent play-on-words that made direct reference to muralist José Clemente Orozco and the MTV program known as Jackass, a combined rubric that was after the same freedom and carefree feeling the space evinced, which at the same time pitted traditional art and architecture schools’ legacies against the disquietude of a generation opposed to conservativism and the double-standards of Guadalajara society. They also omitted the letters u and e from the name Jacques to avoid legal problems with a well-known Mexican packaged goods company (whose products include ketchup), a gesture that—by leveraging local iconography—simultaneously made reference to the art market and art consumption within the capitalist system.

They described the project as a “potential ugly duckling” aimed at artists who questioned the contemporary meaning of gallery, art and exhibition space within the institutional context. It was a project in favor of “non-clarity” that sought to create links with people who expressed and created disquiets or questioning within art. An ongoing search for identities within collectivity.

El Mejor Apagador del Mundo (“The Best Light Switch in the World”) was its first show, an exhibition that inaugurated the Clemente Jacqs project on 9 December 2004. An artwork attributed to the space’s founders, it consisted of a slide projection onto a light switch in the Clemente Jacqs gallery that portrayed the empty exhibition space at New York’s Marian Goodman Gallery. The intervention ironized spaces that serve as “white cubes,” counteracting them vis-à-vis Clemente Jacqs’s precarious reality.

As part of a notion of doing everything with a bare minimum of resources, Clemente Jacqs presented eleven individual projects, largely showcasing video, installation and performance, by artists Augusto Marbán, Cristian Franco, Arturo Gómez Guerra, Julián Jaime Contreras, Edgar Cobián, José Alfredo Elías Dabdoub, Omar Aguayo, Lisa Gutiérrez and Cristián Silva. In their way, the shows sought out new associations, reflections and analyses on their context, producing refreshing and enriching results that attracted the attention of colleagues such as Gonzalo Lebrija or Fernando Palomar, collectors like Gabriela López Rocha, curators like Patrick Charpenel or Hans Ulrich Obrist, and interest on the part of the general public. 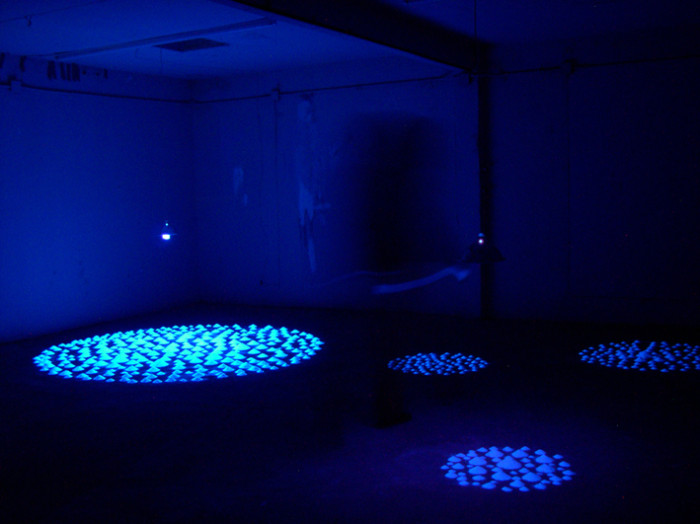 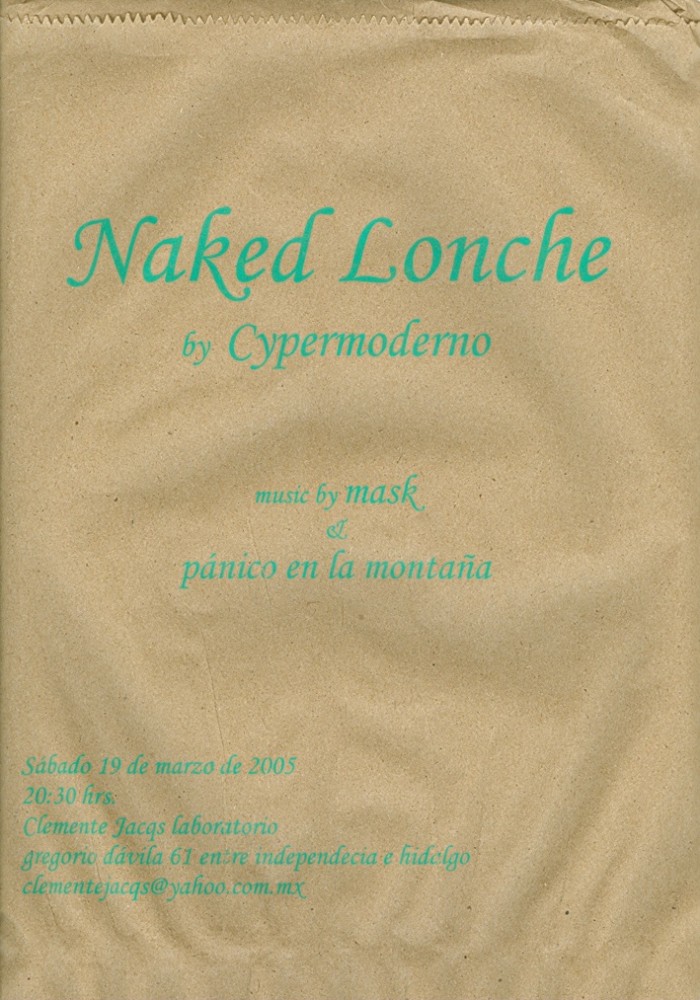 By 2005, Clemente Jacqs was dialoguing with a context and an artistic community that little by little was expanding its ideas with regard to contemporary art; the space became a local art landmark alongside Galería Arena México, Central de Arte and OPA, ultimately allowing for greater awareness and reach with regard to its activities. Openings turned into memorable parties that celebrated the simplicity of doing things among friends; it was a rich exchange of ideas with no greater pretense than to freedom of expression and enjoyment.

In July of that same year, the owner of The Cube had to move out of the building. Since it was she who paid most of the rent, there was no alternative but to accept the space’s closure and find a premise for growing and creating more among the motivations to which this turns of events gave rise.

Clemente Jacqs was a project that managed to lend cohesion and strength to Guadalajara’s artistic community. Though short-lived, it was a shared space that supported closeness between generations, and groups, and supported the formation of a dynamic, prodigiously talented artistic community. 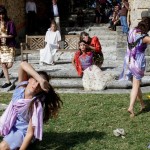 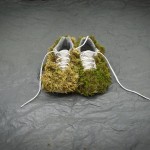 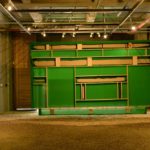