When museums re-write art history to include the women they so long ignored. 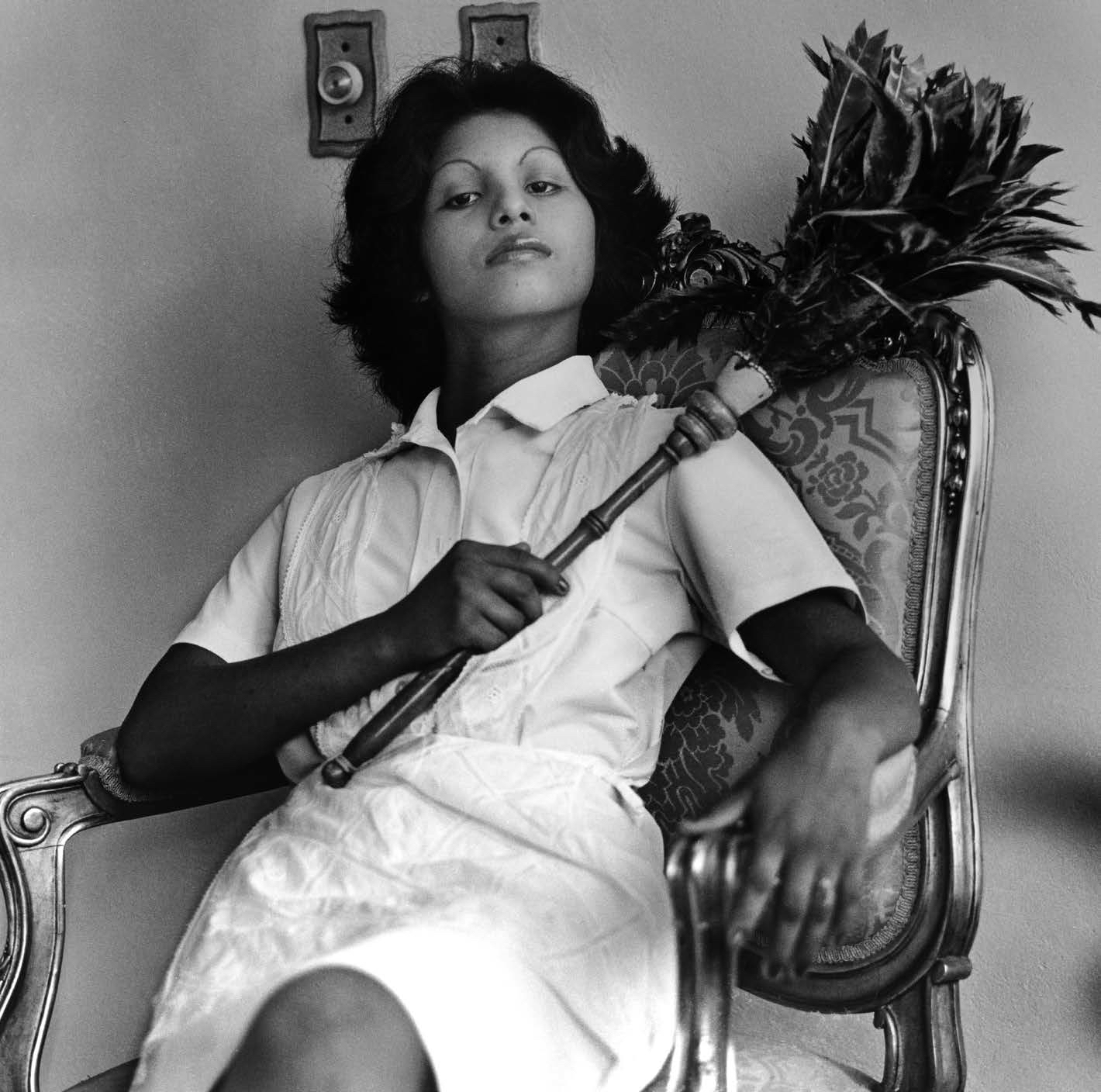 Wishes, dreams, and fantasies are important parts of our creative lives. They are steps a writer integrates into her craft. They are the spectrum of resources to reach the truth, the heart of things, the immediacy and the impact of human conflict.
(Nellie Wong, 1979)[1]

How does a female artist become radical? It partly requires a bit of dreaming—imagining that something can be changed, that systems can be altered or interrupted, their biases revealed. Dreaming and daydreaming are part of the shared human experience and can help us to visualize the impossible. As a feminist activist and poet Nellie Wong suggests, artists, like writers, must dream in order for their works to be conceived and realized, and so that they may communicate something to their audience. For most, these dreams are realized slowly over time. Fifteen or more years ago, the upcoming exhibition Radical Women: Latin American Artists 1960–1985 hosted by the Hammer Museum might have seemed a mere pipe-dream, as rampant institutional sexism and racism had diminished or erased the presence of Latin American and Latinx artists in most museum collections and exhibitions in the United States. In 1985, when the Guerrilla Girls compiled their first survey on the presence of female artists in the United States, they found only one example across all New York institutions. According to an Art Newspaper survey, only 27% of 590 major solo shows in US institutions between 2007 and 2013 were devoted to female artists.[2]

Radical Women is part of the Getty’s Pacific Standard Time LA/LA initiative, which boasts an expansive and ambitious roster of exhibitions dedicated to the art of Latin America and its connections to Los Angeles. As an art historian that primarily researches in Latin America, I, like many colleagues, am highly anticipating the arrival of the second edition of PST, as it presents an important moment to take stock of the state of our academic field as it is made visible in museums across the city. Of the numerous exhibitions that will be presented this fall, it is difficult to measure exact percentages of female artists that will be included, yet it is clear that Radical Women seeks to correct Latin American and Latinx art’s relationship to feminist art histories through a historically framed presentation of experimental artworks from over fifteen countries.[3] I recently moved from Mexico City to Los Angeles, and I am curious to see how Radical Women will be received but, new to the city, I am also leery of putting forth definitive assessments of the relationship the exhibition will have to its local audiences. I am therefore presenting here a series of notes and questions on the changing tide surrounding the visibility of female artists in US museums, and what it means to present Latin American and Latinx artists within the walls of the Hammer Museum.

Why call attention to Latin American and Latinx female artists and their radical work now? Since the mid-2000s, female artists have received greater attention globally, garnering market success through commercial galleries and undoubtedly encouraging the attention of museums. This is due in part to curators and feminist art historians that have helped persuade cultural institutions by addressing the invisibility of female and queer artists and artists of color. Several major exhibitions—including Global Feminisms at the Brooklyn Museum of Art in 2007 and Wack!: Art and the Feminist Revolution at the Museum of Contemporary Art in Los Angeles in 2007, organized by Hammer curator Connie Butler—preceding Radical Women made waves by inserting feminist art history into major institutions. The very recent We Wanted a Revolution: Black Radical Women, 1965–1985, also at the Brooklyn Museum, made a clear call for corrections to the omissions of white art history, seeking to make visible the black women artists that had been buried or ignored by the mainstream art world. These predecessors took up the charge of lending visibility to female artists globally and in the United States, but despite what seemed like an explosion of exhibitions dedicated to female artists, there was still a long way to go in order to create an expanded historical narrative of feminist art history that also included Latin American and Latina art.[4]

Why were these female artists forgotten or left out of the mainstream historical record in the first place? The answer is found in the extremely complex political histories of Latin American countries. Radical Women will be framed within the socio-political context of 1960–1985, decades in which almost all Latin American countries were under official or unofficial dictatorships and neocolonial regimes. During these years, artists from Argentina, Brazil, Chile, Colombia, Mexico, and beyond confronted repression that squashed all matter of artistic expression and restricted critical questioning and research. These restrictions significantly impacted the writing of history during this time and led to an erasure of or a kind of amnesia about artists working outside of officially sanctioned (read traditional) practices.[5] Artists such as those that will appear in Radical Women have suffered doubly, excluded from mainstream (white, hetero-patriarchal) art history due to both their gender and their cultural identity. This erasure is one reason why an exhibition like Radical Women would be dreamed up in the first place. The show’s curators—Andrea Giunta and Cecilia Fajardo-Hill—are both art historians who have made significant contributions to the field of Latin American art history and have turned their expert attention to female artists and feminist art history for some time now. This exhibition builds upon decades of research and archival excavation to reconstruct histories that have been forgotten, but which are paramount to translating the current state of feminist art production. I will be curious to see what pedagogical models will be used to translate this art historical research to audiences that are likely unfamiliar with artists from Latin America, as well as the Chicanx and Latinx artists in their own backyards.

If Radical Women is positioned to write a new history of Latin American and Latinx artists, what role does Los Angeles play in the writing of this history? Connie Butler, curator of the exhibition Wack! has noted that Los Angeles has a different relationship to history and feminist art history because it is “always rewriting itself into [it],” and perhaps this ability will lend a unique context to the history that Radical Women will attempt to construct. “The City of Dreams” has a long and rich history of feminist art practice and exhibition making, including LACMA’s watershed attempt at inserting feminist art history into the museum with Women Artists: 1550–1950, curated by art historian Linda Nochlin and Ann Sutherland Harris in 1976, or, for example, Judy Chicago and Miriam Schapiro’s inspiring installation and performance space Womanhouse (1972).

Aside from these precedents, Radical Women will also benefit from the history of radical Chicanx and Latinx artists and activists in Los Angeles, whose presence has been essential to the visibility of Latino communities. Curator Cecilia Fajardo-Hill explains in the exhibition’s press release that “Los Angeles is a city whose very fabric is constituted by Latin American, Latina, and Chicana women, and I think Radical Women and PST: LA/LA will reveal a part of ourselves.”[6] Given that Los Angeles has historically served as fertile ground for Chicanx and Latinx artists and artist-activists, what lessons may be learned from these Latin American predecessors when applied to timely and urgent concerns over US immigration policy, women’s health care, and LGBTQ+ rights? Will this exhibition reflect the concerns over intersectionality that have shaped and helped to define the current moment of feminism in the United States, and if so, how? As intersections between Latin American and Latinx artists are beginning to be revealed, I am anxious to find out what the art of radical women might mean to Angelenos in the Trump era. Will the work of radical female artists of decades past have as much to say to us now as in their moment of creation? It is likely that the exhibition will inspire a new generation of artists to dream radically and to get to the truth, the heart of things, and show us something about ourselves.