TANSTAAFL: There's no such thing as a free lunch & Division Lamp 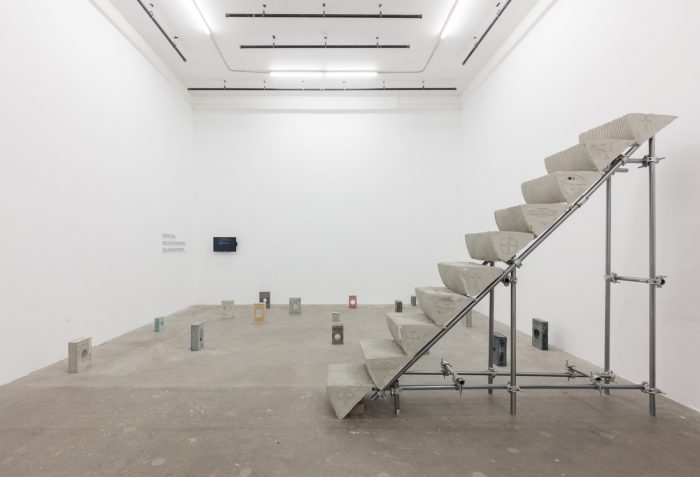 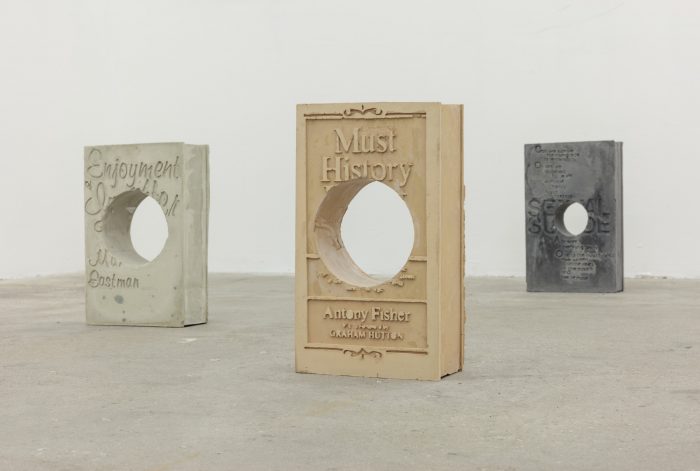 TANSTAAFL: There’s no such thing as a free lunch

For his first US solo exhibition, Ignacio Gatica presents TANSTAAFL: There’s no such thing as a free lunch, a new series of work that maps out distinct forms of technology and quotidian interfaces throughout the gallery space.

The aphorism the show takes as its title was coined by Robert Heinlein in his 1966 science-fiction novel The Moon Is A Harsh Mistress and appropriated by economist Milton Friedman, one of the forerunners of global neoliberalism.

Among the objects on view, some have been cast, while others hacked and their inner contents tampered with and rewritten. A group of resurrected titles rendered as faux-artifacts by way of their conversion into afflicted geological facsimiles are historicized in the present. These objects are arranged in constellation with one another and as they relate to ideas synthesized by the Mont Pelerin Society, an organization that established a new ideology intent on spreading free market principles in lieu of state interventionist policy.

A set of credit cards are encrypted with excerpts sourced from the referenced books. Visitors are encouraged to queue up and swipe the cards at a provided scanner in order to gain access to the content coded within each one.

Gatica’s investigation into the dissemination of neoliberal ideology is particularly apt, considering the parallel processes of economic restructuring that both New York City and Chile concurrently underwent in the mid 1970s. Gatica’s generation is the first product of this U.S.-backed experiment, experiencing the burden of its aftershocks, while earning a dual perspective conducive to a critical understanding of this event.

Ignacio Gatica (b. 1988, Santiago, Chile) is an artist based in New York, who works with installation, sculpture, video, and text. He founded Ediciones Popolet in 2014, an imprint that focuses on artist books and editions mostly from South America. In 2015, he was awarded a research fellowship at Flora Ars Natura, Colombia, 2015. Previous solo exhibitions of his work have been presented at Galería Die Ecke, Santiago, Chile; Casa Nova Arte Brasil; among others. He has exhibited his work extensively throughout the United States, Latin America, and Europe, at institutions including MoMA PS1, Museo del Barrio, and the Museo Nacional de Bellas Artes de Santiago. 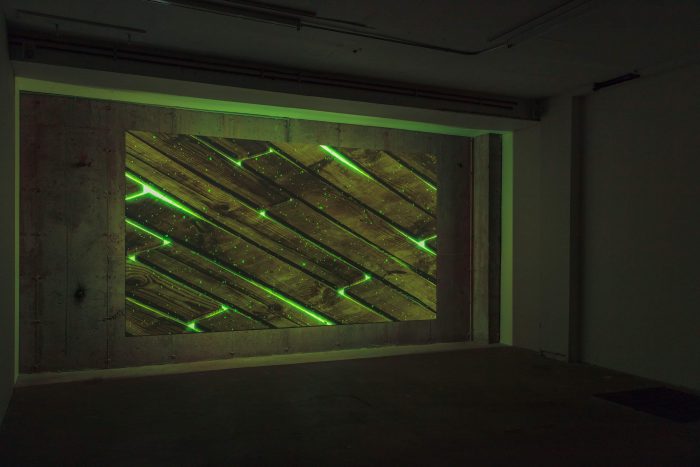 Gregory Kalliche’s exhibition Division Lamp features a series of works centered around a video installation titled Undark. Named after a highly radioactive luminescent paint manufactured in the early 1900s, Undark takes into consideration the visualization of toxicity and more specifically the visualization of radioactivity. Above a glowing green floor, a series of 3D-animated happenings play out: bisections and combustions of everyday objects, the blowing of a fuse, a storm of radiant particles, to name a few. Throughout the video, the ideas of radiation contamination, the development of atomic weaponry, and the implementation of nuclear power are reflected on and further abstracted into a series of short segments. Synchronized with the video, a lighting program is featured behind the floating projection screen, as well as on the exterior wall of the video room, where sound and light bleed into the surrounding spaces. Adhered to the exterior walls are segmented clusters of glow-in-the-dark plastic cutouts of architectural forms in various states of swelling and deconstruction, alongside the familiar glow-in-the-dark stars (possibly the most common contemporary iteration of glow-in-the-dark material). This material, now activated by photoluminescence (reacting and charging from light), is the updated version of its toxic, radioluminescent predecessor, Undark. Now less perilous, this material references a cultural fascination with the power and awe of nuclear materials. In Division Lamp the material is re-inscribed with its iniquitous history as the exhibition space spills sound and light in a disquieting choreography.