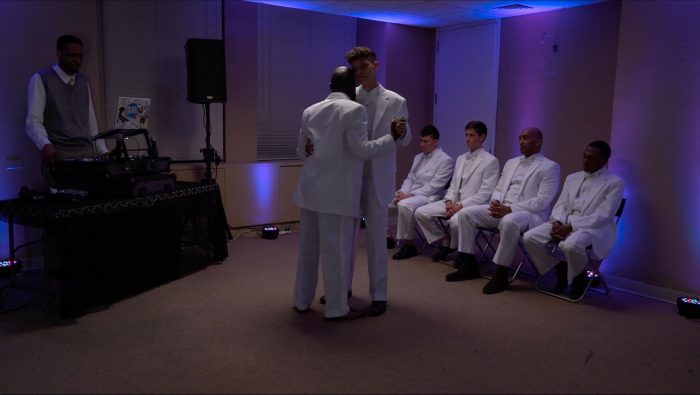 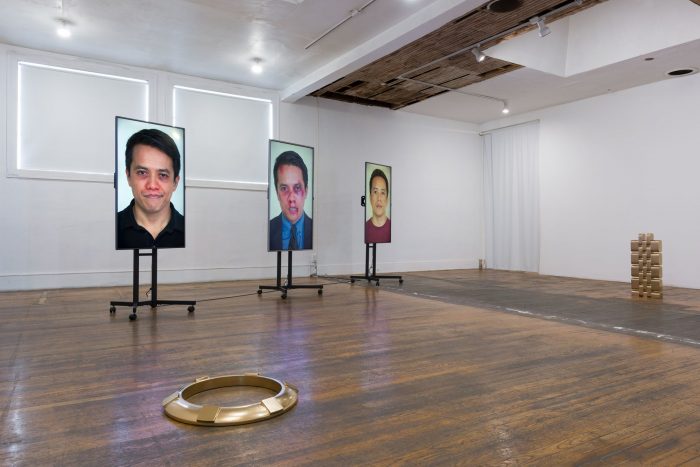 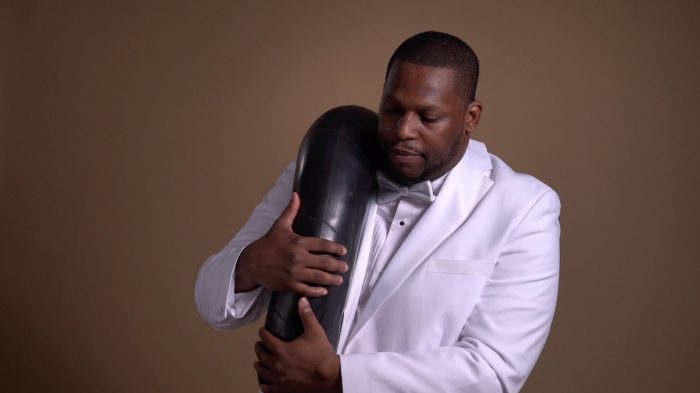 Tamborine presents Kenneth Tam’s recent work dealing with rituals of masculinity and their capacity to both reinforce and disrupt conventional norms.

Rites of passage initiate young men into social codes of adulthood, giving them the chance to test out their mature selves and rehearse normative patterns of behavior. But they also open a space of vulnerability and experimentation, where new patterns can emerge. All of M brings together teenage boys and adult men to explore the meaning of their high school proms. Through impromptu interactions that foster both play and critical dialogue, they take up various masculinities and expectations about becoming grown men. In the end, they flip the script and all dance together —a different kind of prom where they leave behind norms of emotional reserve and distance, instead celebrating affection and kinship without fear of intimacy.

Dads give their sons wristwatches as tokens of adulthood —all the responsibility and refinement of being a man, reduced to time-keeping. Tam shows us this image of sensible, restrained masculine luxury through the carnivalesque looking glass of prom: two sculptures of an oversized watch-band and a bezel that simultaneously inflate the conventional myth and puncture it. Latex inner-tubes filled with sand, similar to those used by participants in All of M but significantly larger, also populate the space. Bulky and engorged, they seem to have collapsed under their own weight like exhausted bodies.

A triptych of Youtube-style tutorials features an Asian-American actor presenting, among other things, advice on personal fitness, the acquisition of wealth, and improving one’s taste. Each represents a different intensification: of the body, capital, and leisure. The Youtube self-improvement tutorial has become as influential as anything in promulgating norms for the male body and masculinity. Yet by introducing things like hesitation, vulnerability, and doubt into the ostensibly instructional format, Tam finds ways to break the prescriptive circuit. Alternative pathways of interaction open as the monologues come to address one another in a strange new ritual of virtual kinship.

So much male-oriented ritual is geared to the making of men —independent, stoic, industrious. Yet these socializing rites open onto a reservoir of possibility, where the script is always in play, never settled— and participants may discover themselves as well as each other in new social configurations, built not on conformity but radical agency.

Kenneth Tam (b. 1982, Queens, NY; lives and works in Brooklyn, NY) received his MFA from the University of Southern California (2010) and BFA from Cooper Union (2004). Tam has held solo exhibitions at the Minneapolis Institute of Art (2018); MIT List Center for Visual Arts, Cambridge (2017); Commonwealth and Council, Los Angeles (2016); and Night Gallery, Los Angeles (2013). Tam has participated in group exhibitions at 47 Canal, New York (2018); Hollybush Gardens, London (2017); Hammer Museum, Los Angeles (2016); the Museum of Fine Arts Houston (2016); Galerie Xippas, Paris (2015); and MAK Center for Art and Architecture, Los Angeles (2011). He is the recipient of a Foundation for Contemporary Arts Emergency Grant (2016), California Community Foundation Fellowship (2015), and Art Matters Foundation Grant (2013), and has had residencies at the 18th Street Arts Center (2018), LMCC Workspace (2017-18), and the Core Program at the Museum of Fine Arts, Houston (2015). Tam has an upcoming solo exhibition at the University of Texas, Austin’s Visual Art Center and will participate in the Pioneer Works Artist Residency (Spring 2019). All of M is currently on view in the group exhibition In Practice: Other Objects at SculptureCenter, New York until March 25th.