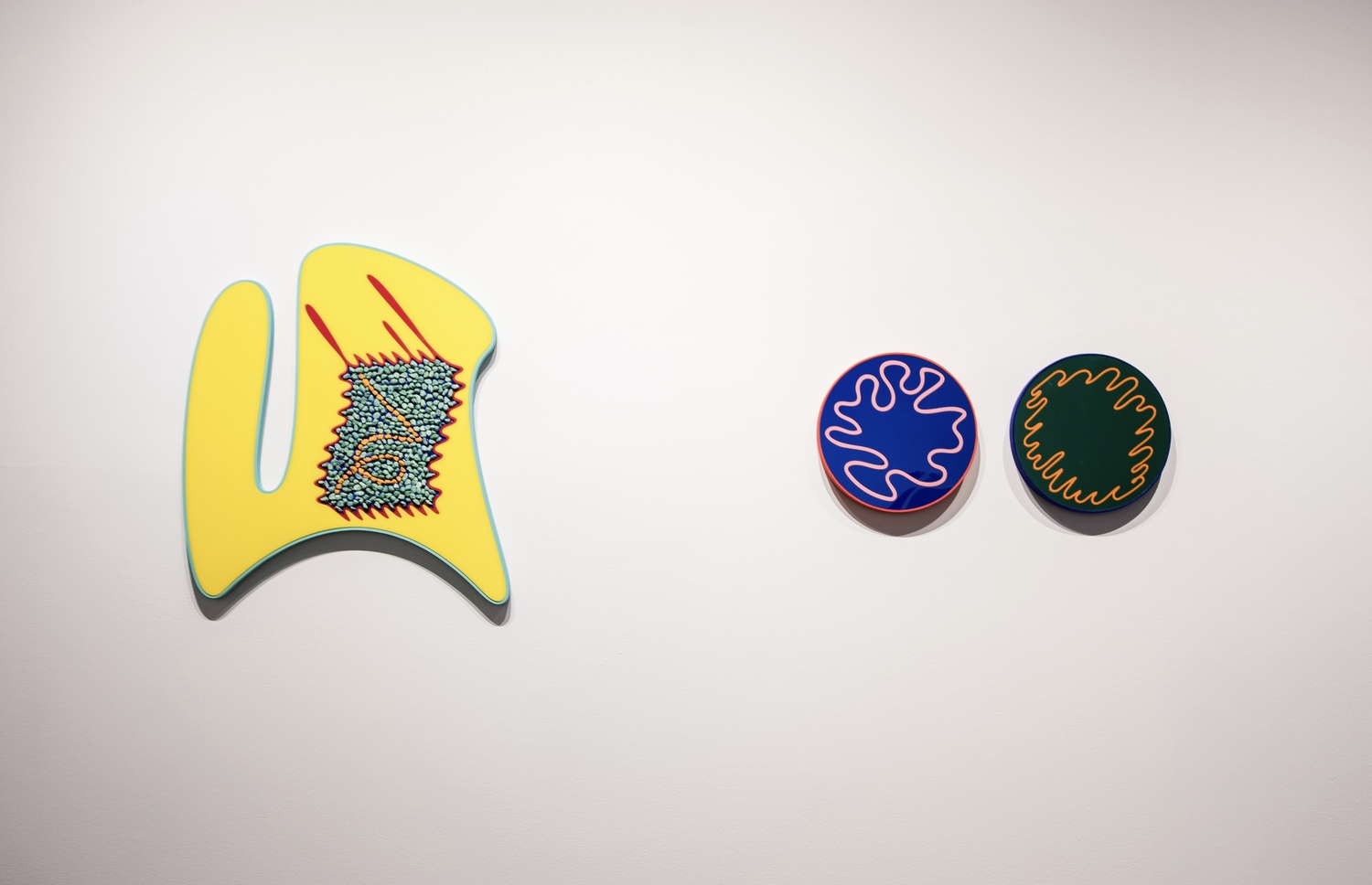 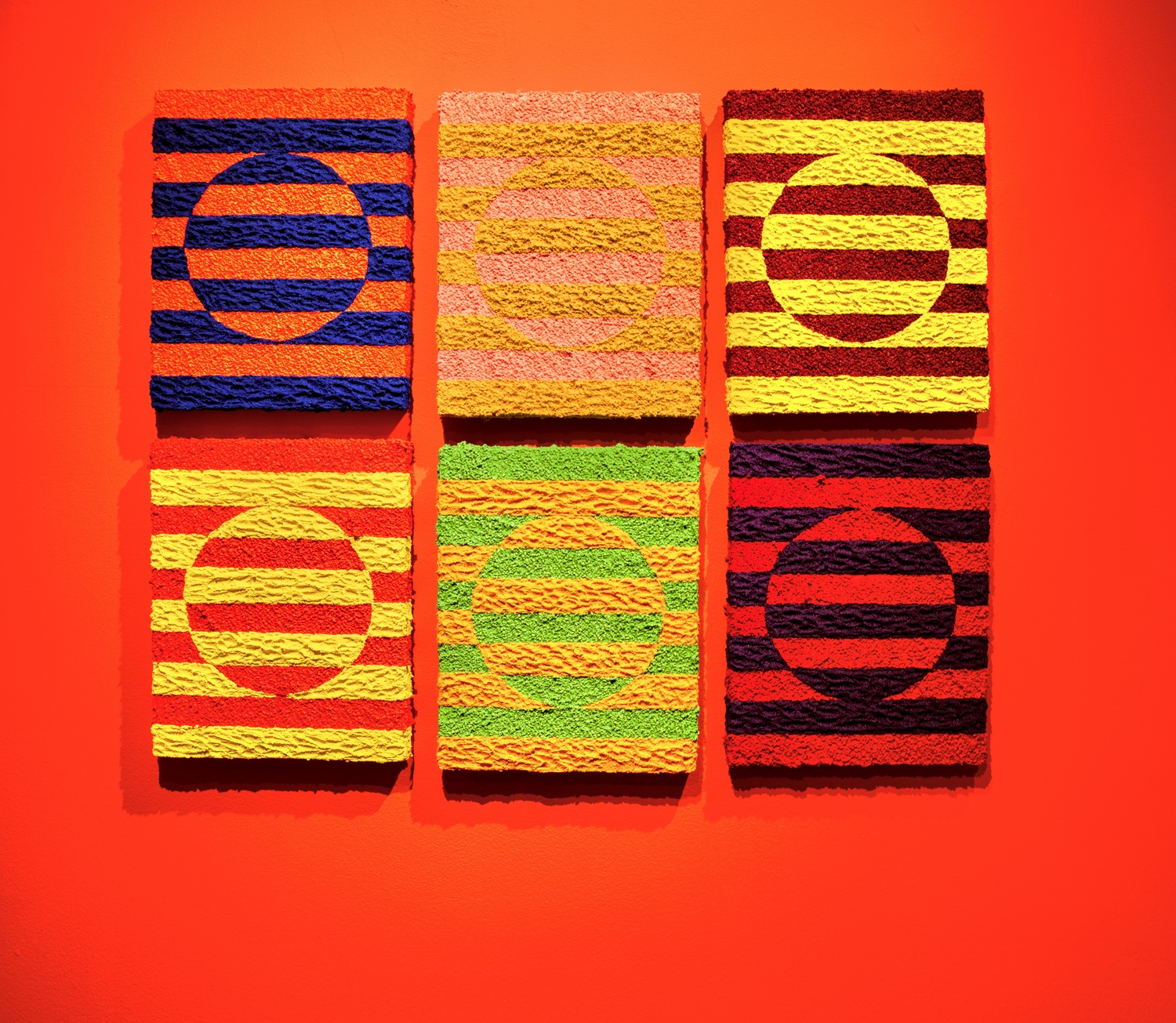 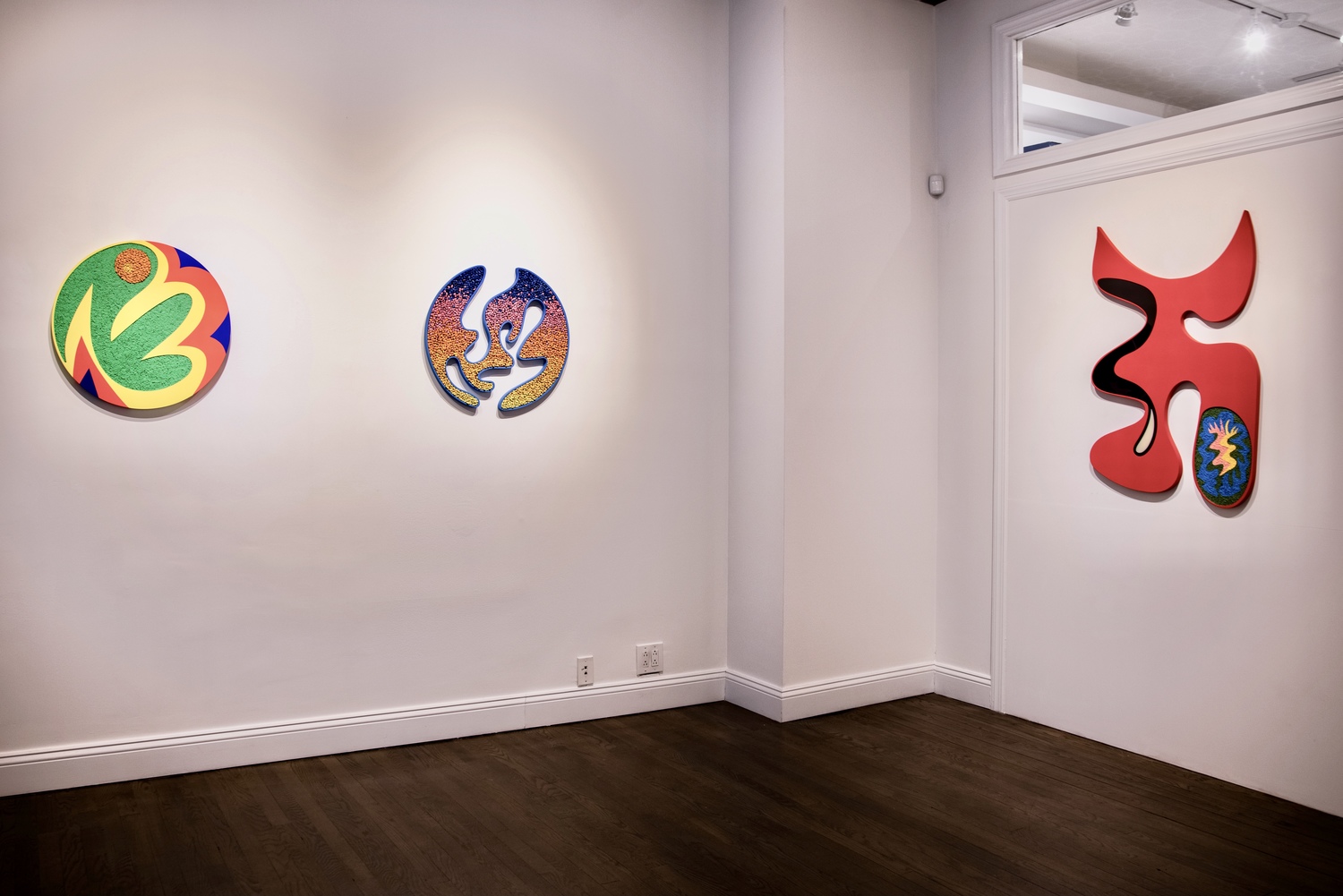 Ruiz-Healy Art, New York, presents Carlos Rosales-Silva’s first solo show in NYC. A recent MFA graduate from New York City’s School of Visual Arts and a participant in Brooklyn’s Residency Unlimited Program, Rosales-Silva uses an abstract approach to explore the complex identity of the ever-expanding histories of Brown people in the United States. The exhibition, titled Sunland Park, opens on January 27th, 2021, and will be on view until March 27th, 2021.

The title of the exhibit, Sunland Park, hails from the artist’s childhood neighborhood in El Paso, Texas. Named after the local 1950 racetrack, the city of Sunland Park was formed in the 1980s when three neighboring townships incorporated and adopted the name of the racetrack. Sunland Park is home to Mount Cristo Rey, a regional catholic pilgrimage site, and various Indigenous Peoples such as the Tiwa, Manso, and Piro. Most recently, the city was thrust into national attention as a highly contested site of the Trump administration’s controversial border wall project. To the artist, Sunland Park provides a contextualization of his own work.

Using landscape and architecture as a foundation, the works of Sunland Park reflect a process of change that expresses artistic and cultural histories beyond the confines of language. As the artist states, “There’s a consistent influence of the landscape and architecture and artists that I grew up with along the border of Texas, Mexico, and El Paso. I’m constantly looking back at the landscape, looking back at the architecture.” Starting with a concrete source of inspiration such as Mexican stucco construction or hand-painted, plexiglass signs, the work becomes abstracted as the artist moves further away from the source. It is then recalled by color, texture, and line to form an object endowed with layers of significance. The artist shares, “I find abstraction to be a useful tool for navigating the tense states that Brownness often finds itself in, states where we attempt to preserve cultural tradition while assimilating for survival purposes, states where home is experienced in fleeting moments and memory.” The artist’s works consider the histories of vernacular cultures of the American Southwest, the western canon of art history, and the political and cultural connections and disparities between them.

Carlos Rosales-Silva is an artist and educator working and living between New York, NY, and El Paso, Texas. His works are grounded in a practice of painting but often borrow from sculptural and installation methods, existing in the spaces between classification. For the last decade, his studio has focused on research and mediation on the increasing histories of Brown peoples in the United States. The artist’s works are abstract acts of personal discovery that reveal meaning long after they are completed. In this sense, they are non-textual communications, a meditative and slow way of processing knowledge. In 2018 Rosales-Silva was an artist in residence at Artpace, San Antonio and he is now the Abrons Art Center, New York, NY Visual Artist AIRspace Resident. His artwork has been part of various exhibitions throughout Texas and the United States, including Artpace, San Antonio, TX; Sadie Halie Projects, Minneapolis, MN; MFA Brown Art, Governors Island, NY; and Bemis Center for Contemporary Art, Omaha, NE.

Established in San Antonio, Texas, and in operation since 2006, Ruiz-Healy Art specializes in contemporary works of art with an emphasis on Latinx and Latin American artists, as well as working with prominent Texas-based artists. With galleries in San Antonio, Texas, and New York City, Ruiz-Healy Art’s continuous investments in these underrepresented areas have remained a longstanding signature of the gallery program.