staring at the sun 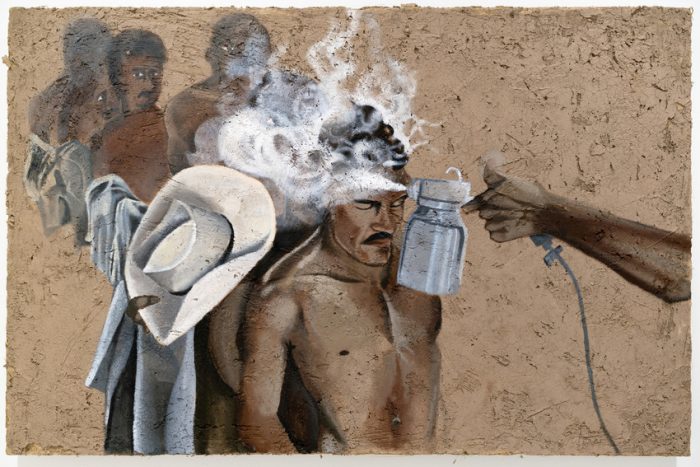 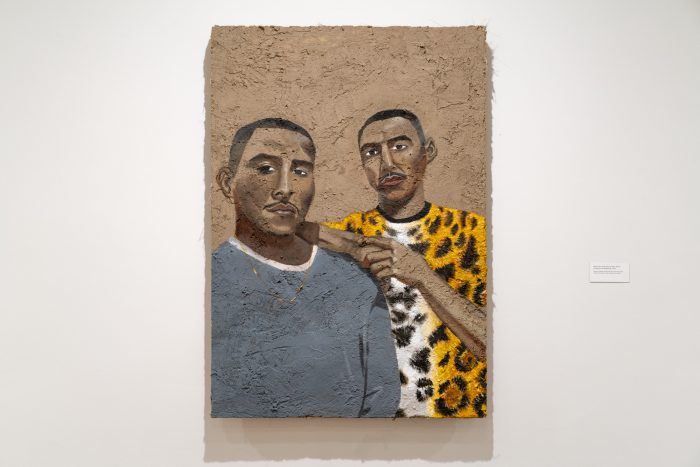 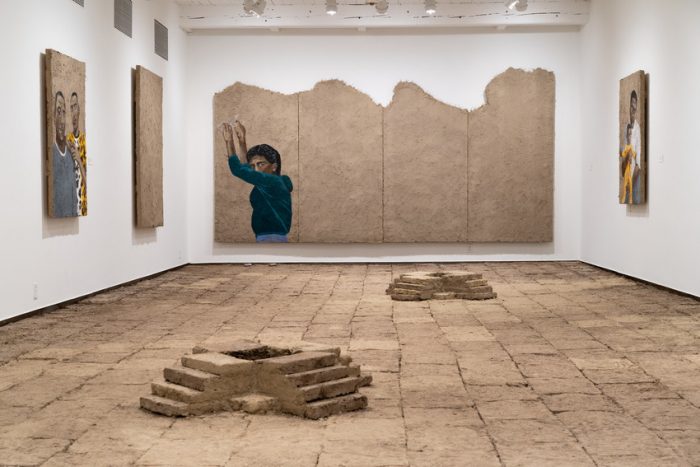 Rafa Esparza first used the labor-intensive process of hand-making adobe bricks in 2014. Extending the skill he learned from his father—who made adobe bricks in Mexico to sell and to build his first home—Los Angeles-based Esparza hand-made approximately 1,400 adobe bricks to cover the surface of Michael Parker’s sculpture, The Unfinished. Through this project the artist examined his relationship to land, the Los Angeles River, and his family with whom he collaborated. staring at the sun is a solo exhibition in which Esparza will continue this investigation by creating a new space out of adobe, while also returning to his practice as a painter.

Traditionally made by hand with dirt and other organic material such as clay, horse dung, hay, and water, adobe is among the earliest of human building materials. Due to their remarkable strength, sundried structures were extremely durable and functioned as some of the earliest architectural foundations for indigenous communities across the Americas. Adobe construction is still prevalent across the Southwest, a source of both strong and readily available building materials and income for the skilled laborers who use it.

Esparza explores adobe as both material and politics, creating what he has termed “brown architecture:” “My interest in browning the white cube—by building with adobe bricks, making brown bodies present—is a response to entering traditional art spaces and not seeing myself reflected. This has been the case not just physically, in terms of the whiteness of those spaces, but also in terms of the histories of art they uphold” (“Rafa Esparza,” ArtForum, November 21, 2017).

Within art institutions, Esparza creates adobe spaces that also function as platforms for collaboration for many constituencies and communities, including queer brown artists.

Best known as a performance artist, Esparza began his career in visual arts as a painter, yet was unable to relate to the “old master” paintings and drawings that he studied as an undergraduate. He turned instead to performance, making art with his body among the landscapes of Los Angeles. staring at the sun allows Esparza to design a brown space and to simultaneously engage, create images, and build narratives intrinsic to his use of land—brown matter—as context, surface, and content. This exhibition will include a series of new paintings on the surface of adobe, which will include portraiture, landscape, and abstraction. Adobe will cover the pristine white walls of one of MASS MoCA’s few “white cube” gallery spaces, serving as a threshold into an earthly dwelling. Entering the gallery, visitors will be immersed in dirt. Notes Esparza, “I want to overwhelm you with earth.”

— Text by Marco Antonio Flores, curator of the exhibition

Rafa Esparza is a multidisciplinary artist who was born, raised, and currently lives in Los Angeles. Woven into Esparza’s bodies of work are his interests in history, personal narratives, and kinship. He is inspired by his own relationship to colonization and the disrupted genealogies that it produces. Using live performance as his main form of inquiry, Esparza employs site-specificity, materiality, memory, and what he calls (non)documentation as primary tools to investigate and expose ideologies, power structures, and binary forms of identity that establish narratives, history, and social environments. Esparza’s recent projects have evolved through experimental collaborative projects grounded in laboring with land vis-à-vis adobe brick-making, a skill learned from his father, Ramón Esparza. In so doing, the artist intends to divert institutional resources to invited Brown and Queer cultural producers to realize large-scale collective projects. In the process, he gathers people together to build networks of support outside of traditional art spaces. He is especially committed to working in the local geographies that are the Southwest, including Mexico and Latin America.

Esparza is a recipient of an Emerging Artist 2014 California Community Foundation Fellowship for Visual Arts, a 2014 Art Matters grantee, and a 2015 recipient of a Rema Hort Mann Foundation Emerging Artist Grant. He has performed in a variety of spaces, both public and private, throughout Los Angeles, including Elysian Park, the Los Angeles River, AIDS Project Los Angeles, Highways Performance Space, REDCAT, Human Resources, Vincent Price Art Museum, LACE (Los Angeles Contemporary Exhibitions), and the J. Paul Getty Museum. Esparza has also shown throughout the United States in art institutions such as the Whitney Museum of American Art, the Bemis Center for Contemporary Art, and Ballroom Marfa, and internationally at Oficina de Procesos, Mexicali, and El Museo del Chopo in CDMX. Esparza was part of the 2018 spring cohort at the renowned Artpace artist-in-residence program in San Antonio, Texas, and recently led a guerrilla processional performance with over 25 artists through the historic fashion thoroughfare market The Santee Alley as part of his project, de la Calle (of the Street), in collaboration with the Institute of Contemporary Art, Los Angeles.