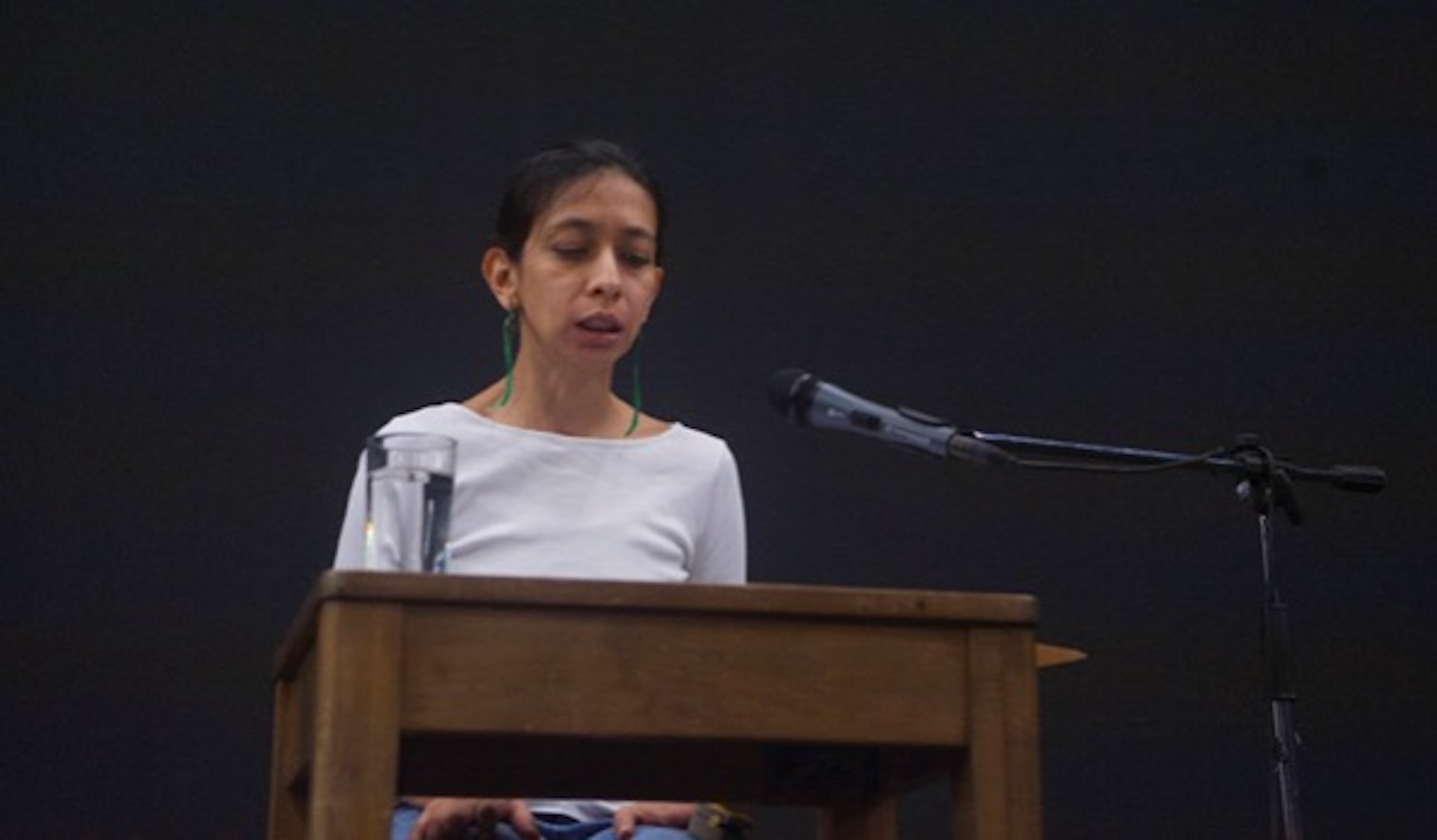 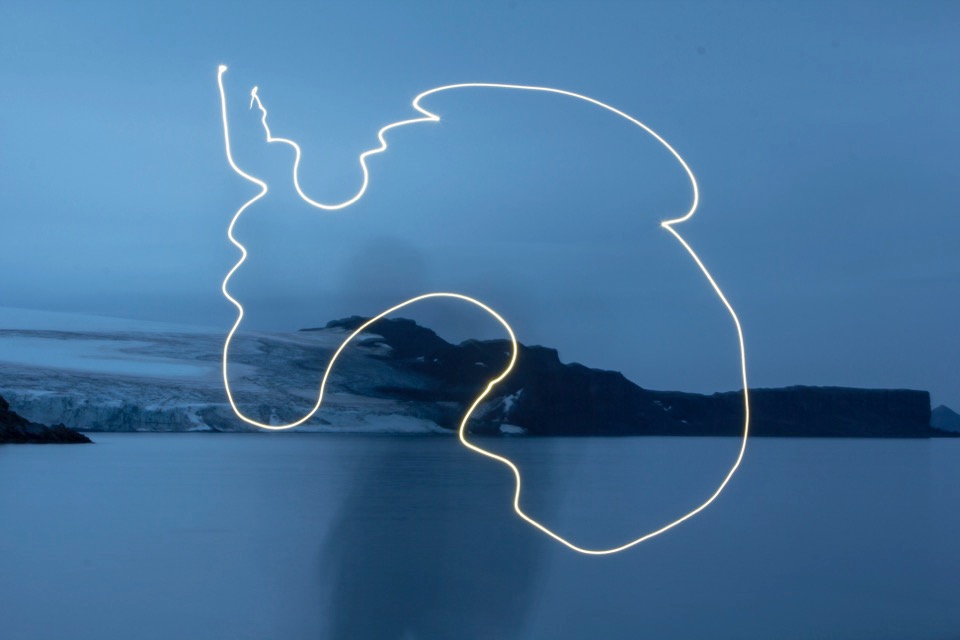 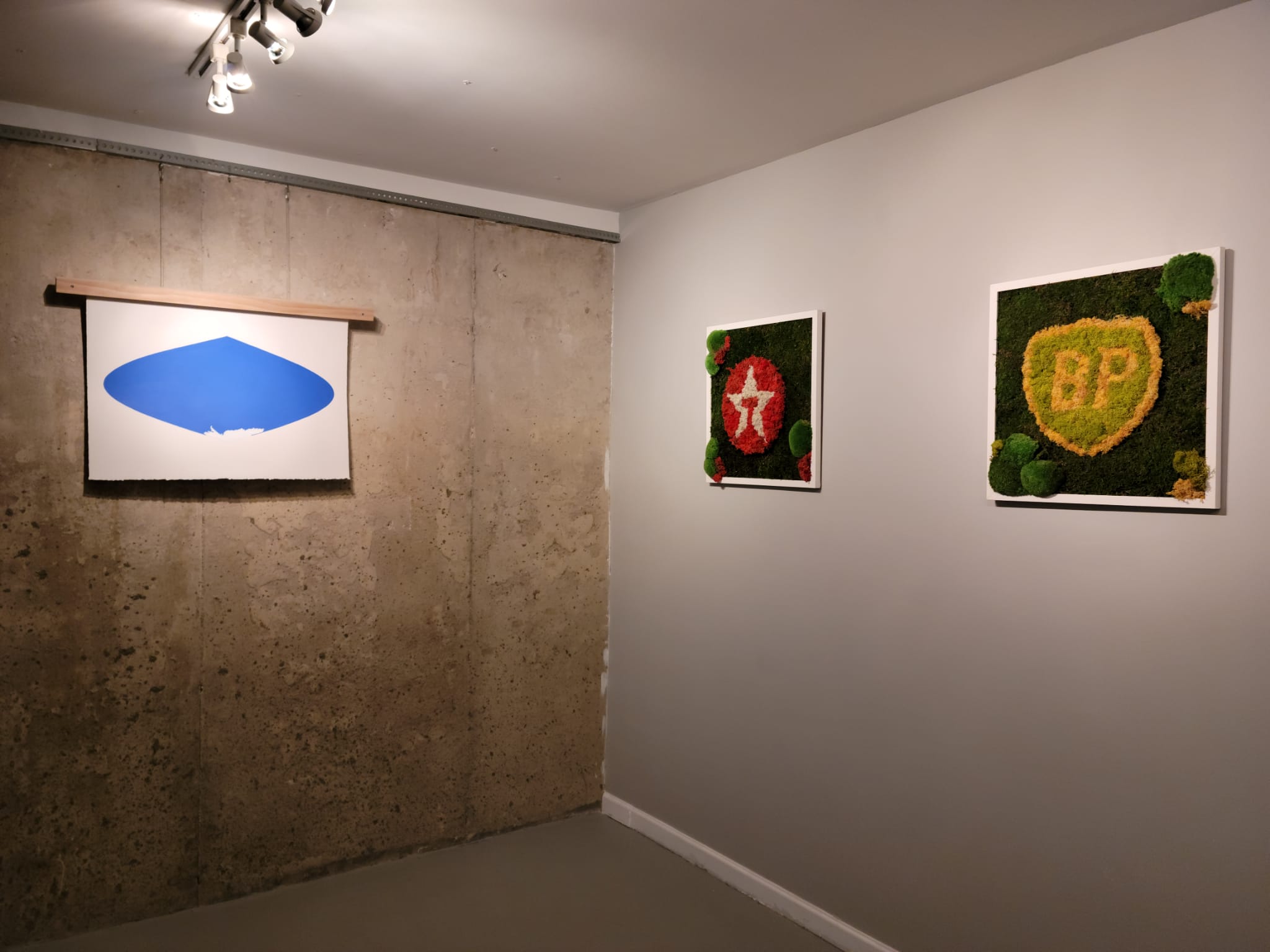 I think that part of the work of an art gallery is also the education and vindication, through art, of key issues for the development of our society. Con los pies en la tierra is an exhibition based on the analysis of belonging and its consequences. An expanded environment of the earth and its inhabitants that reminds us that the earth does not belong to us, we belong to it and the ideal is that we should do it in community.

There is a phrase that seems to be more and more pertinent that the future is in the past because it is in the past that we find the keys to understanding where we come from and where we are going. We can look at that past either as observers or we can be the protagonists of this dream of claiming and making visible the collective force of the body-territory.

This exhibition tells us about Terricide. Terricide is a consequence of the dominant model that is framed within the general crisis of capitalism and entails the indiscriminate looting of nature, communities, its women, life, ecosystems and ancestral teachings. All this for the benefit of the ruling classes and large transactional companies.

Terricide is the systematic extermination of all life forms and includes four major areas: Genocide, Ecocide, Epistemicide, and Feminicide.

Ecocide because the destruction, looting and indiscriminate contamination of entire territories occurs irreversibly and without restraint.

Epistemicide because since colonization the ways of understanding, conceiving life have been eliminated and many native languages are on the way to extinction.

Feminicide because organized, continuous and directed murder against women occurs on a daily basis around the world.

The state is responsible. The violence of the patriarchal system is inter-sectoral. As is the Terricide.

For those who defend the body-territory, the earth is a vital space of community and collectivity, which makes cross and inter-sectoral eco-feminism a key aspect in this fight to defend it.

Art, critical thinking, words, beauty should not be left out of this word of protest and alert.

Con los pies en la tierra summarizes the work of seven committed artists in a vision of the world as a community. Could anyone deny the brutal impact that has occurred in our planet? These artists tell us from their different perspectives that it is not possible to continue denying the obvious.

Regina Jose Galindo shows us The Truth, as is customary in her work. In this case, with a series of testimonies from women who survived the genocide caused by the armed conflict and the dictatorship of Efraín Ríos Montt in Guatemala.

Within the Peruvian territory we find Natalia Revilla, who explores epistemicide and ambiguities, uncertainties and gaps in communication when studying the indigenous Matsiguenga. They live in the Peruvian jungle and speak Matsiguenga, one of the 48 native languages of Peru that is on its way to extinction. Revilla tells us about Western paradigms where interaction with nature is mediated by social and political relationships, power and hierarchies. Within all this, language is key to the configuration of personal identity and collective history. Shitikagantsi is a word in Matsiguenga, which could be translated into Spanish as: «Being connected – plants: roots connected to some part of a tree or connected tissues that sprout».

This series of drawings arises from this word and leads us to reflect on the diverse types of connections that can exist between different beings and their relationship with nature.

Ana De Orbegoso incorporates the iconography and grandeur of ancient and modern Peruvian culture to tell us about the legacy of the native peoples and about the attempt to erase their culture, traditions and languages. De Orbegoso reflects with her work on the Urban Virgins’ genocide and epistemicide, and also on the importance of the role of women in the past, present and future. Past, present and future are aligned with the body and the presence of the woman in perfect conjunction body-soul-land in Backdrop: The Search for Home by Muriel Hasbun. In it, she recognizes the importance of Indigenous peoples and their heart-land.

In this same context, Claudia Casarino show us the importance of the body-territory, the key role of women and our indelible origins. Colonization, the Hispanic-Guaraní pact, the War of the Triple Alliance, a series of historical events are irreversibly linked to the silenced and silent work of women in Paraguay. Casarino’s works are indelible living reflections, in dresses, memory and skin with the red earth of Paraguay.

Whether in Paraguay or in any other space on the globe, the earth is subject to an unquestionable climate crisis every day. The poles melt, animals, plants and languages are extinguished. As Avelino Sala tells us, we are involved in a pandemic process without knowing where it is going and that it is transforming our daily lives. Sala’s Still life works as a vertical garden while serving as a denunciation. The main oil companies in the United States and the world are represented here by their logos, forming still lifes and at the same time, they are natural landscapes. The preserved moss is a living culture that blames the big corporations.

Immersed in this ecosystem full of borders, we arrive on this trip to Antarctica: Atlas of a Continent that does not exist. A place without borders, without its own state. A territory of the world and for the world. A place omitted in thousands of maps. Santiago Vélez for a moment gives Antartica a unique and exclusive role and gives it prominence to remind us of the importance of global warming.

How important, within this discourse and its interactions, is the word and its power? Nobody like Priscilla Monge to choose the right symbols, in her minimal and straightforward work. With Monge’s Boomerang she emphasizes verbal violence, totally transforming the environment. The word as an instrument of power and actions, and the boomerang returning for aerodynamic effect. A series of insults used as a hunting weapon.

Within the use of the word as an instrument of power, we know that part of the scientific community has named the current geological epoch as the Anthropocene. Term launched by the Nobel Peace Prize winner Paul Crutzen in 2000, arguing that this geological epoch should reflect the great impact of man on the earth. Naming it he gives voice to an event that for years we have tried to deny.

The Mapuche indigenous communities have given it another name. Direct and heartbreaking: Terricidio, emphasizing that the destruction goes far beyond the destruction of ecosystems. A civilizational crisis that makes us accomplices of unprecedented social and ecological collapse.
The nation state and its provincial governments, with their policies and agreements, contribute to the destruction of the earth and everything that inhabits it.

These seven artists remind us of the importance of art as a political tool, of how responsible we are for our actions and their consequences, and how our privileges can affect others. Their proposal at the end is the same. The state is a space of abandonment and the only way to achieve a healthy space of cohabitation is to recognize our eco-dependence within our home and inhabit it from within the community and collectivity, taking care of our ties with the earth and others from a place of love and truth.

The way is long, but if we learn and recognize, we can do better than our history. Our historical responsibility is to learn from the mistakes of the past and act accordingly.