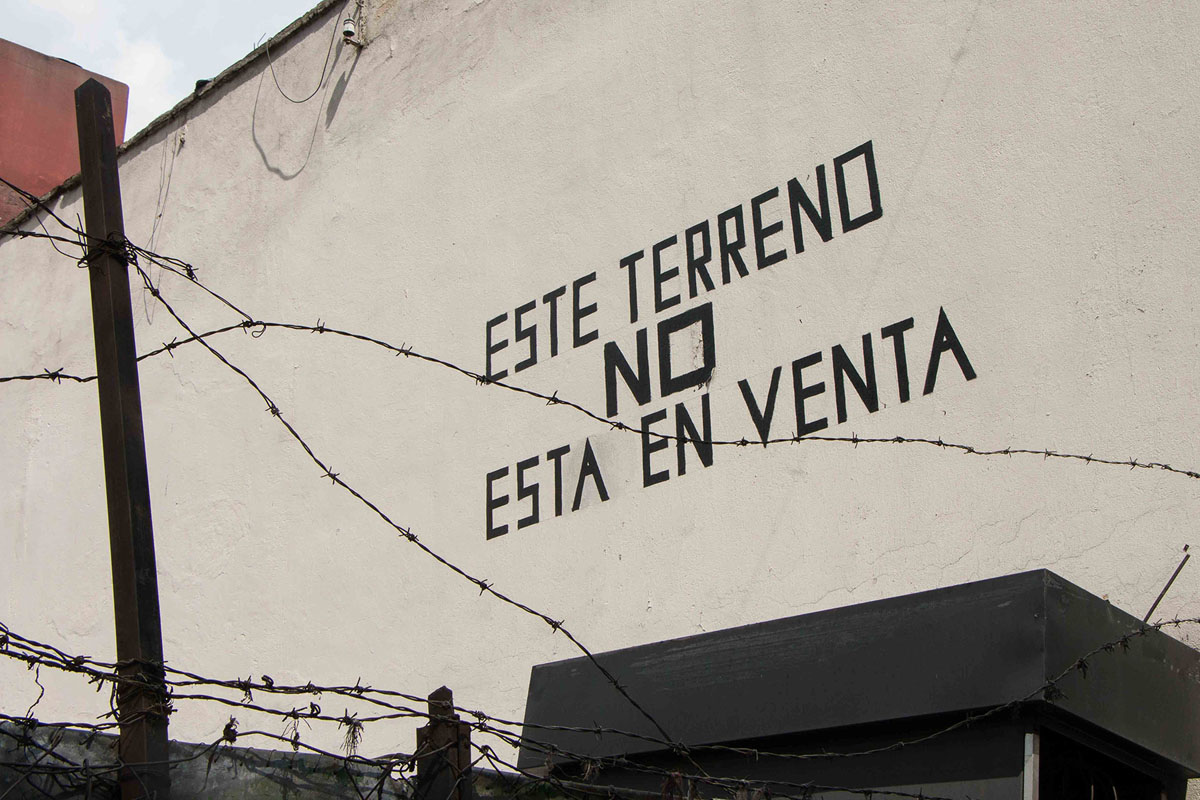 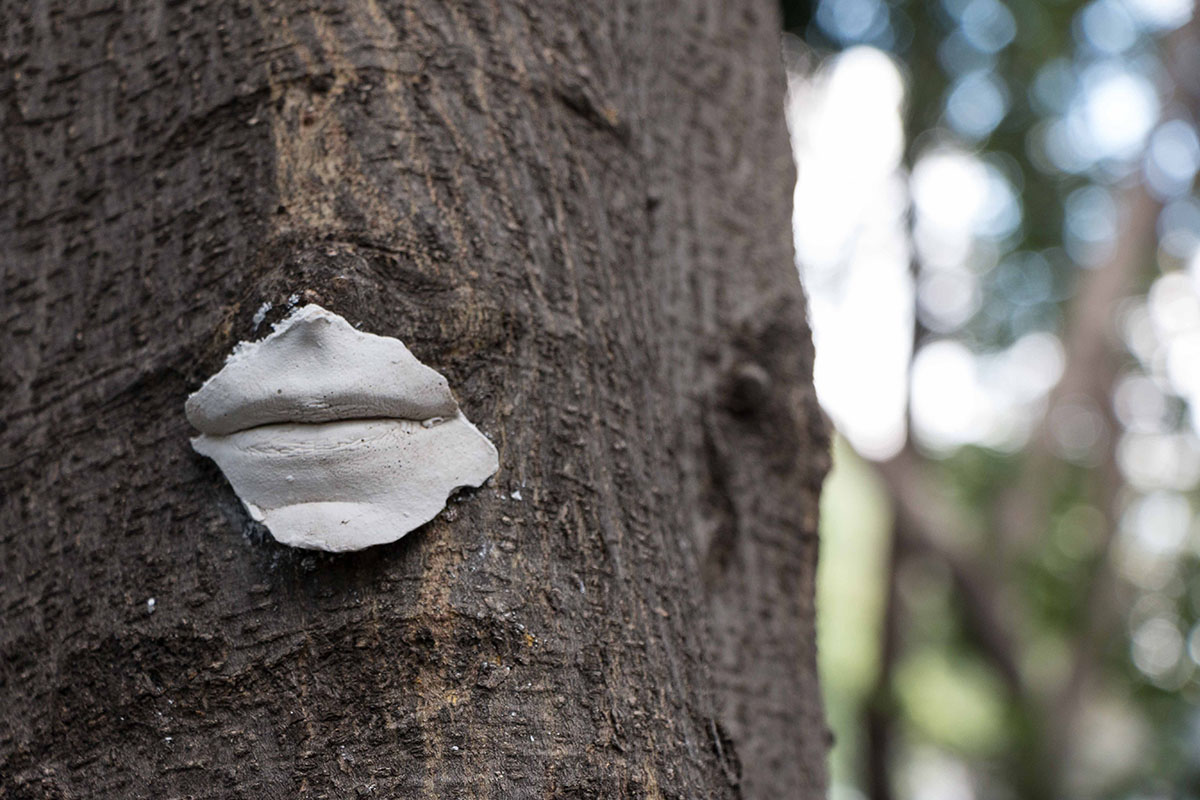 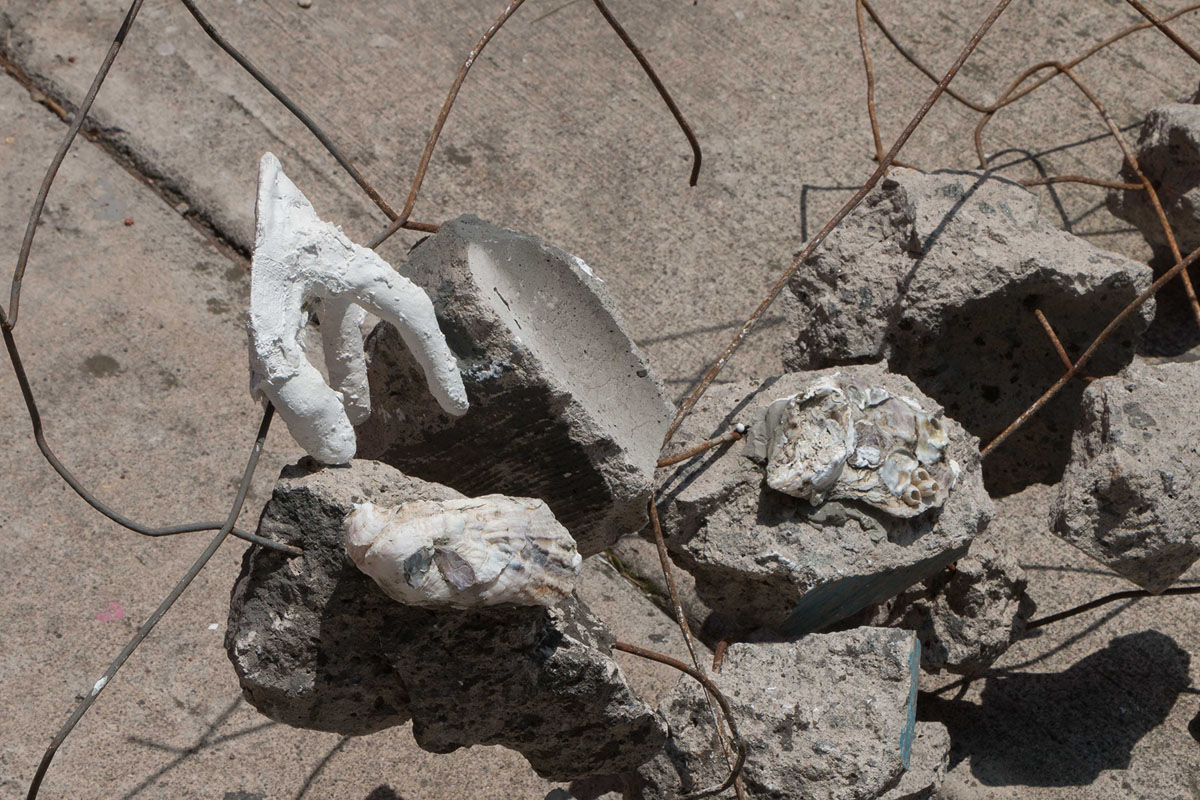 Mexico City culminates at 2500 m. Let’s say 1000 m, 1500 m below, begins the world of snakes, jaguars, unbearable heat and fevers. In contrast, the plateau evokes the horizon, the cool and thin air, the silhouette of the mountains dressing away contrasting with the music and the colors of the capital, a place where nature passes onto culture. But beyond the hopes of the various civilizations that populated this place, Mexico City will rather be what it has always been: an island, an archipelago, in a gray, dry ocean, a fabric of Penelope—started and restarted incessantly—destroyed and reconstructed bit by bit, with the creativity as a possible remedy to try to alleviate the inequalities. A beautiful and constant patchwork.

Here we stand, and our eyes look forward miles ahead. It seems like we, the humans, we have been doing this since we began to think. We want to know where we will go, even after the ultimate dissolution of our bodies. Various theories have been propounded; there is some truth in each of them and there is a good deal of what is not true in all of them. One thing is sure, we produce artifacts and architecture in the hope to not be forgotten and we bet on their transcendence in order to sublimate our past existences. With the Covid-19 global pandemic and the lockdown that resulted from it, it was not only our transcendence that we questioned but the very sense of our current and daily lives. In the art world, the “regular” exhibition places shut their doors and the social encounters that go with them disappeared.

In this context, The Moment was spontaneously born as an initiative managed by artist Olga Cerkasova to create a series of alternative exhibition models from which would emerge a constellation of micro events, energies, and the dissemination of art pieces. The first chapter, an outdoor group show titled Echosystem, takes place in Mexico City as a gesture to reclaim a bond with the street after these months of confinement. These “echoes”—artworks almost invisible and minimal—are left in the public space under the diverse circumstances that would affect them. A condition that goes hand in hand with their future decay, transformation or eventually disappearance.

Thus, this modus operandi interrogates the values of the public art hegemonic discourse that inhabit most Western or colonized cities. The Mexican capital is not exempt and is, once again, on the precipice of repeating this well-known narrative with the Chapultepec project [1]. Facing this systemic and uninteresting Institution, the artists participating in the The Moment –Echosystem express a need to seize the multiplicity of spaces that offer the city they live in, presenting their respective subjectivities within intimate, fragile, small and impermanent gestures.

The very diverse works—both geographically and formally—make a direct allusion to the title of the project by engaging with people in a specific and personal timing; Diego Salvador Rios’ text for example only exists in the virtual platform.

These states of constant changes, this “flux” quality is present in the works of Gwladys Alonzo and Emilio Gómez Ruiz, puppet, body or trophy on the point to collapse and transform. The mutation also happens in Tomás Díaz Cedeño’s piece which seems to develop itself in its new tree-environment or in a merging way as within Olga Cerkasova’s works which play with the boundaries between figure and nature, creating new intertwined alien life forms.

The hybrid pieces by artistic duo Asma and Paola de Anda’s playful ones communicate within a discreet group creating a parallel dimension. It feels like they are observing you. What cannot be perceived does not necessarily cease to be. Let’s not forget that the imaginary is one of the ways of apprehending the real. Take a rest, sit on the bench stone and maybe you will get a clue. ¿Sí los escuchan (Can you hearthem)?

With Mauricio Guillén’s piece and the murales route proposed by José Eduardo Barajas we travel back through the memories they cherish. Both question the notion of landscape, how it punctuates the urbanity as well as pointing out its romantic idea existing in representation such as Mexico City’s valley by famous classical Mexican painters—a nostalgic postcard, as I was referring to in the beginning of this text. In the case of Barajas, it is also a way to remember the diversity of the street painting practices, which exist as a community gathering and are constantly evolving, marking thus a difference from the State’s public art.

Some pieces present a ready-made quality as their existences were antecedent to the show. Their activation reminds us of the different layers of violence happening in the city such as gentrification, as in the piece No a la venta (Not for sale) by Adriana Lara or the daily unfortunate encounters exemplified in her other piece or in The Crash by the artist Hasanlu Armastajad (Hasanlu Lovers) created by Merike Estna and Jaime Lobato. The latter alludes to the death of the bodies inhabiting the city and its possible extinction as the ultimate global catastrophe keeps being announced crisis after crisis.

As ramifications within different contexts and dynamics, the pieces are invested with new characteristics and animated correspondences. Such relations constitute structures made of the intervals or overlaps that connect them with one another and allow them to communicate and to create an incubator of new fantasies and realities, a real desire of a collective contemporary experience.