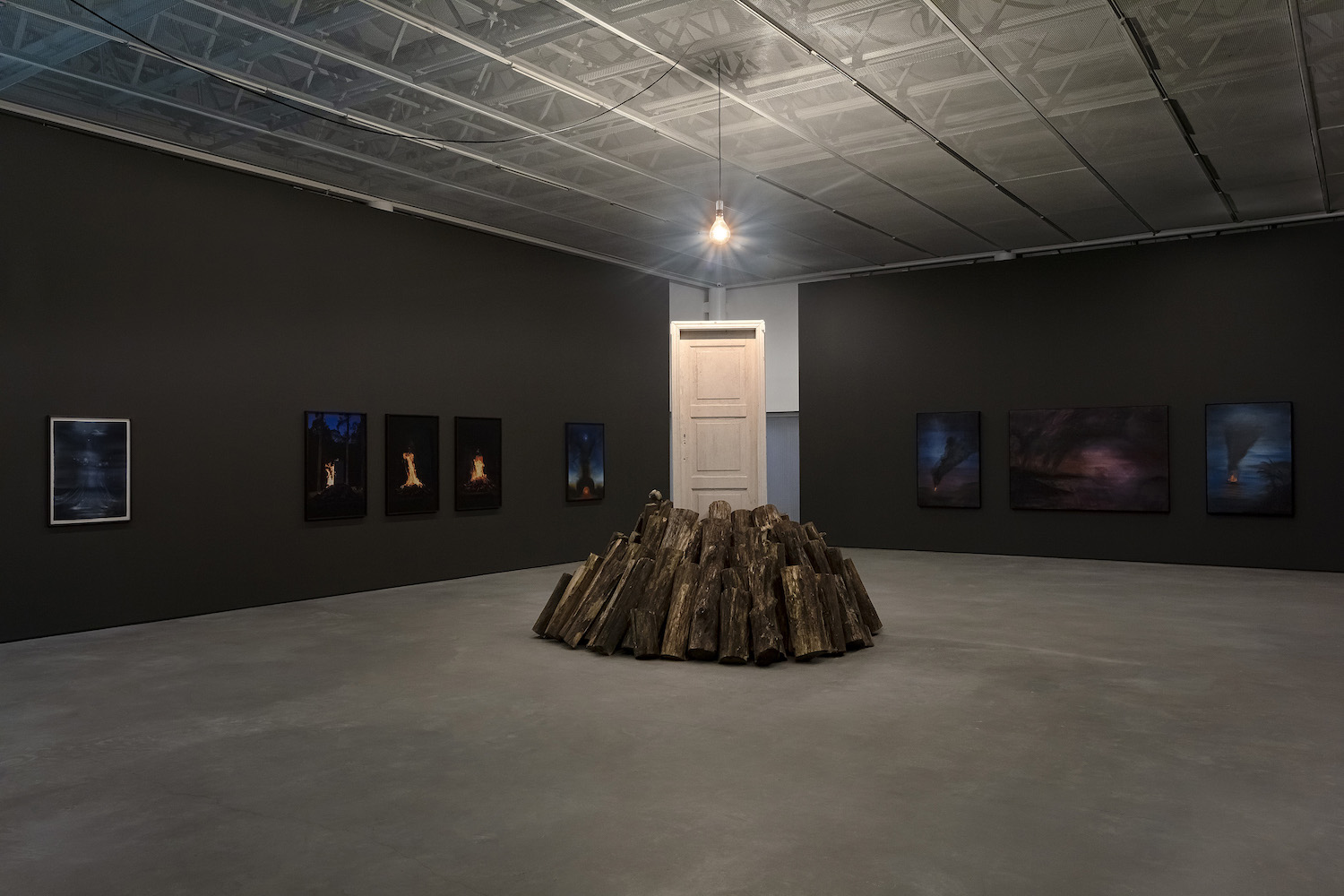 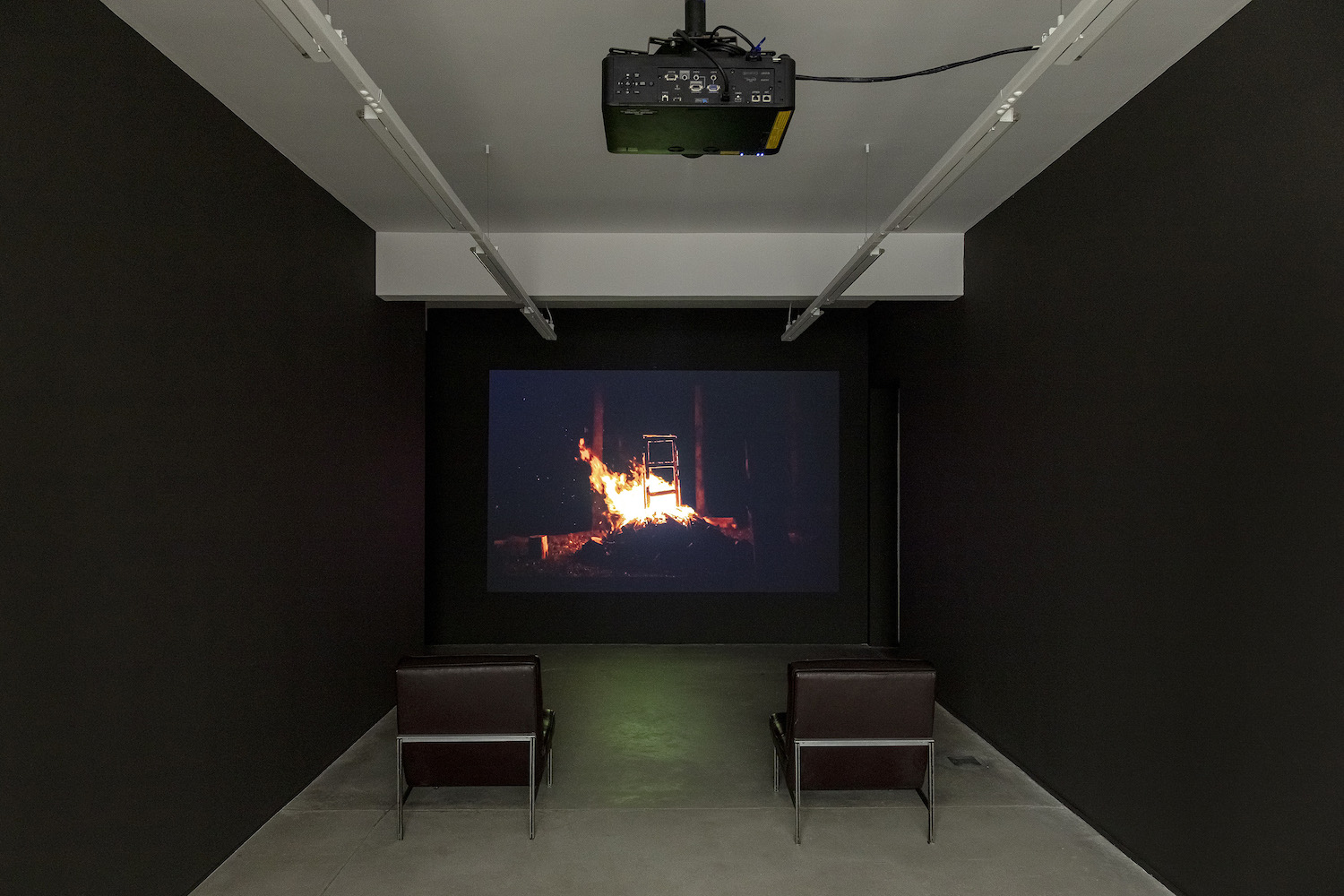 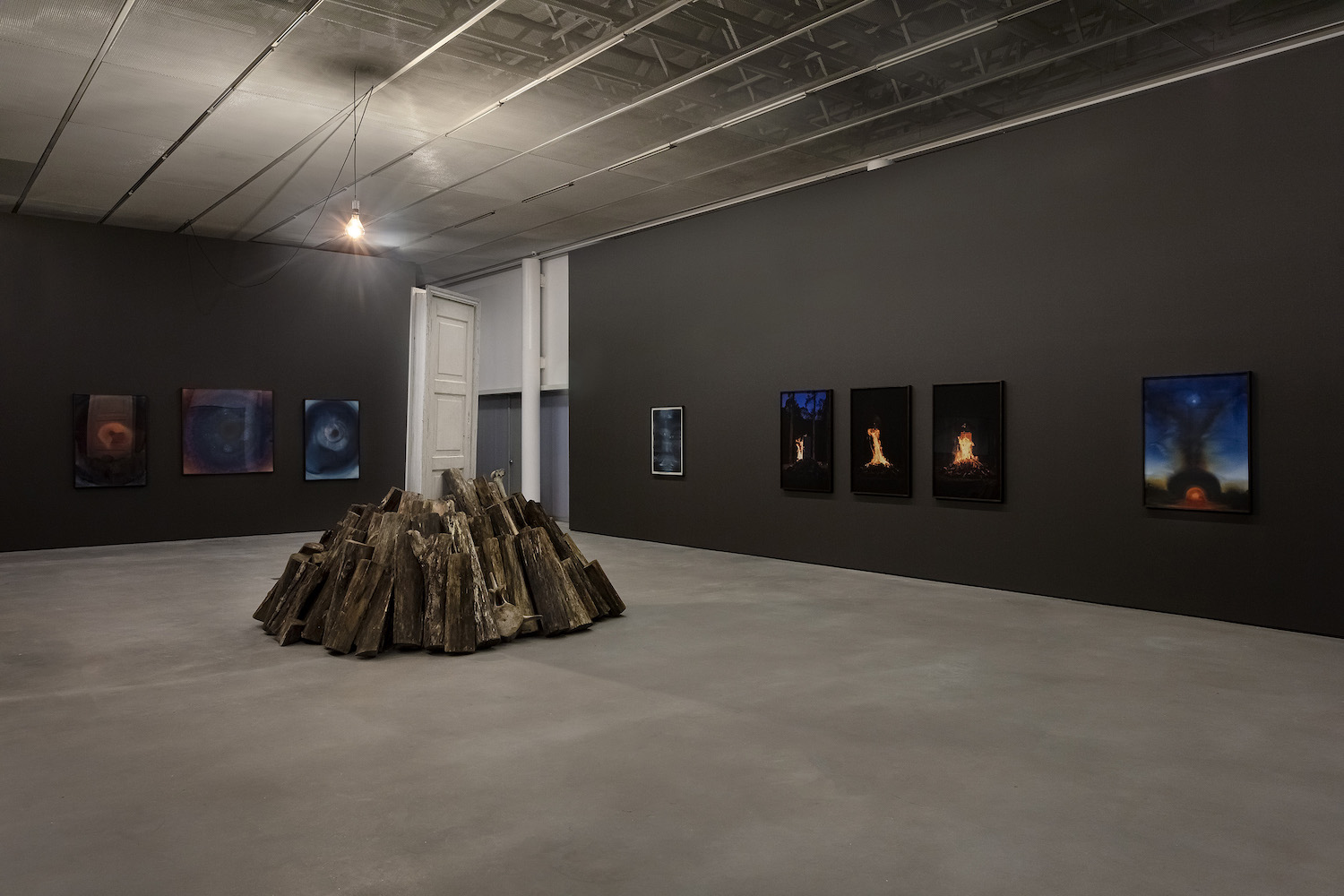 “The fortune of the mortals is sad and without remedy…/ The venture is sketched out in imprecise lines,/ the misfortunes soon arrive, like a wet sponge,/ and in an instant they irreversibly erase the blackboard.”1 With these words, the prophetess Cassandra foresaw the murder of Agamemnon and the destruction of his royal castle, stained by past crimes. The tragic dynamic, so well explained by the voice of the prophets, spells the annulment of the criminal inheritance by subjects who imagine they are the lords of their actions, even when they are nothing but the playthings of higher powers, which will, sooner or later, settle accounts for the swindling. In his works, Thiago Rocha Pitta foretells the advance of the catastrophe which, before 2020, was already showing its signs. On the night of September 2, 2018, the fire in the Museu Nacional arose like a sinister warning of what was to come in the times of viral and fascist pandemics. Although recent, the fire was a result of many accumulated (and never duly expiated) crimes since the first Portuguese ships arrived at these shores. It is this accumulation that seems to place Thiago at a historical turning point in the works featured here, which express, against the backdrop of the nonhuman previously explored by the artist in other works, the impacts of the scenario of the ruined land in which we live.

The putrefaction of the land and of its bodies, a direct consequence of the colonial pillaging, implies the passage along the dark path, whose portal is illuminated by the false light of a reflected sun—the lunar light. We find ourselves before the shadows, in the realms made indiscernible by the crepuscular coloration that dissolves the bodies, takes our breath away, pushes our spirits into the depths of a grave we never thought we had chosen. Saturn, with his melancholic density, is who presides over the nigredo, the putrefaction and the death involved in this first alchemical stage. His counterpart is the image of a goddess of the water that emerges from the sea, also nocturnal, but redeemed by the marvelous. The sky that receives her and which is her own body, however, is not the one infested by the flames that devour the ancient carbon from underground, permanently transformed into profit—that supreme alchemical perversion of which we are prisoners. The actual good thing, the redemption by the marvelous, will not be possible while the crime is not expiated. We must remember the festival held on February 2 in Bahia—the only large popular Brazilian festival wholly dedicated to a goddess-mother, whose name continues to be from an African origin: Yemanjá.

The melancholic series by Thiago Rocha Pitta, while they foretell the crimes and their deleterious effects on an increasingly uncertain time, do this on the basis of what surpasses and limits the human. Eclipses are warnings about shadowy times, one could say, but they also might not have anything to do with this. After all, why do these phenomena need to figure as images of our inner relationships? Why should they somehow signify? Eclipses are a pure exteriority, indicating the paradoxes of a thinking that does not manage to get outside of itself. The predictions that they supposedly convey could be mere projections of a desperate subject concerning what is completely outside and apart from him, or they could be messages actually emitted by phenomena that escape from us. It is in this ambiguity that their power lies, as it cannot be decided whether the auguries are our own expectations or if, rather, they are imposed from the outside to designate our unfortunate condition. There should be, therefore, some correlation between the two positions in order for the meaning to become possible, or else we are then submerged in a horizon of indifferent phenomena that will soon erase the imprecise lines of our anxieties. A door would be neither opened nor closed if the fire has already consumed its frame. Insofar as we insist on being that structure of containment, we have no way of choosing between the two alternatives.

A philosopher once said that only the absolute contingency, with which time coincides, is what designates the realm of possibility, that dimension which lies utterly beyond the conceivable. That which lies outside our ability to conceive it is, also, what inundates the human, even when that human imagines that he is capable of controlling what is beyond him. The pillaging, an outcome of that illusion of control, winds up leading to catastrophe, a sort of revenge of the possible in relation to the pretensions of thought. The extraction of coal by the refineries would like to go on forever, like a perpetual conflagration consuming the sky over Guanabara Bay. But time will dissolve it, together with the faults that it ushered in when it created this possible world that inhabits us. A meteorite which previously fell on this earth is now moving away from it—whether out of disgust, or indifference, how is one to know? If that hesitation underlies philosophical dilemmas which seem to find here a powerful aesthetic expression, it will not, however, serve to shift the focus of what, more specifically, we should be looking at: to not forget that justice is the light in the sky clouded over by the fires.