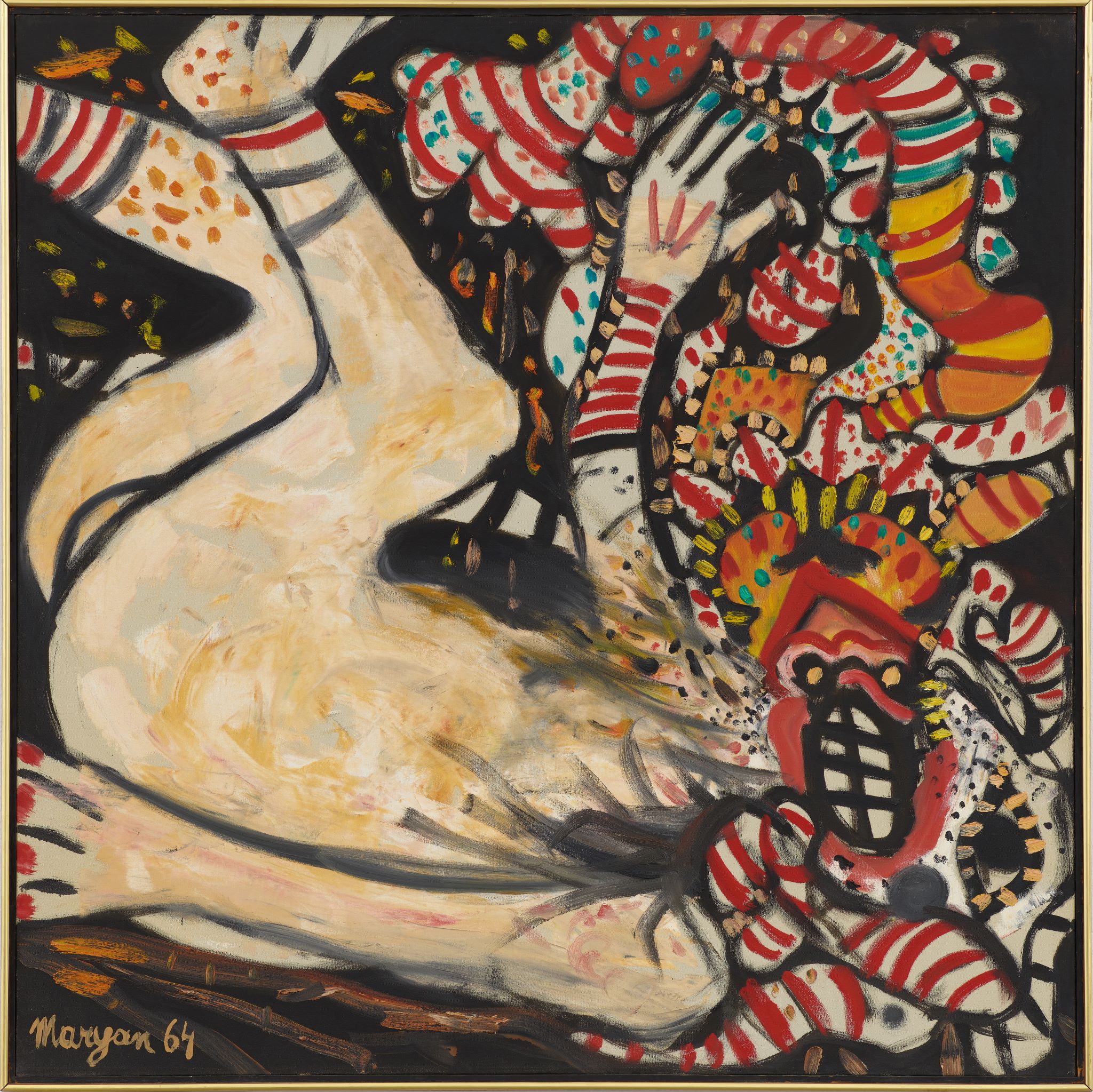 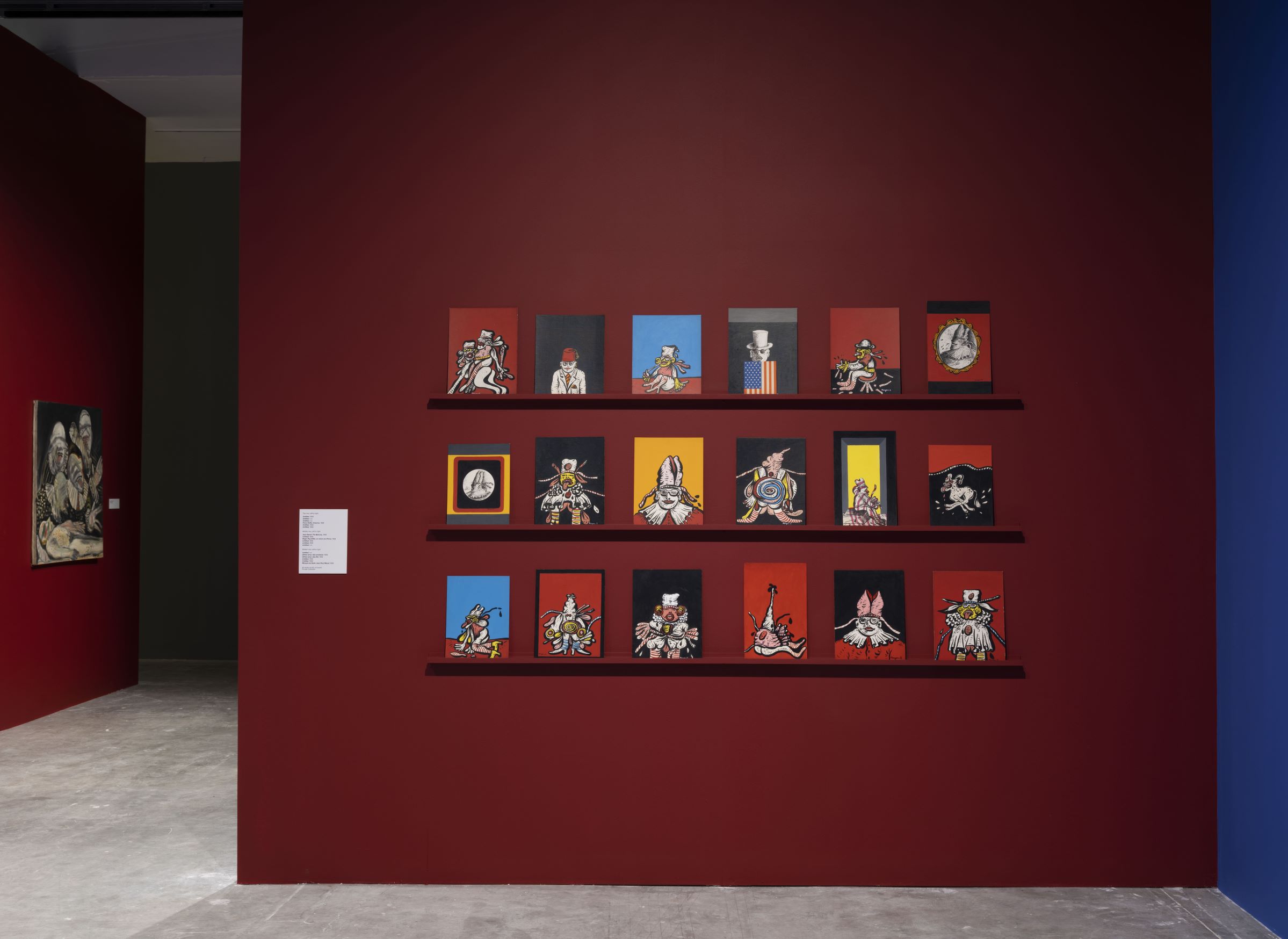 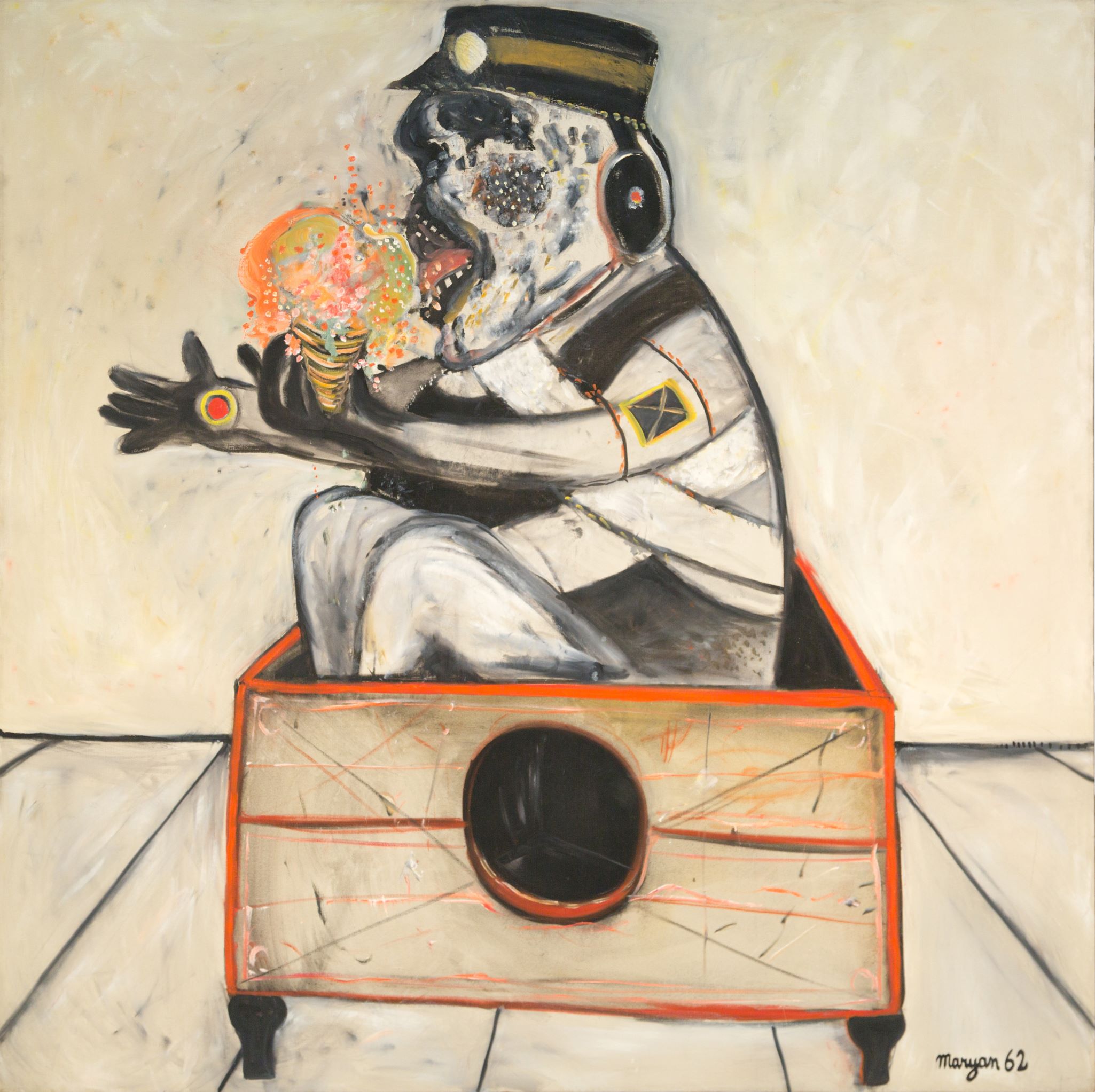 My Name Is Maryan presents the inspiring story of an iconoclastic Polish-born artist who reinvented himself after surviving World War II. Spanning four decades of paintings, sculptures, drawings, and film, this exhibition explores Maryan’s unique art approach to the figure through the lens of struggle. His oeuvre harnesses his individual quest to make sense of the human condition as well as our collective fight against fascism and injustice. Born to Abraham Schindel and Gitla Bursztyn in Nowy Sącz, Poland in 1927, young Pinkas, the artist who came to be known as Maryan grew up in a traditional, working-class Jewish family. In 1939, Pinkas and his family were captured by the Nazis. He was imprisoned under his mother’s maiden name, Bursztyn, at various forced labor camps and finally at the Auschwitz and Birkenau concentration camps. Pinkas Bursztyn, who survived several near-death experiences, was the sole survivor of his family.

After the war, Bursztyn recovered from his physical injuries that necessitated having his leg amputated. In 1947, he immigrated to then-Palestine to begin his artistic training, first in Jerusalem and, beginning in 1950, at the École des Beaux-Arts in Paris. As an act self-identification, the young artist shed the name under which the Nazis persecuted him, adopting the name Maryan. Living in Paris for over a decade, he exhibited in prominent galleries and forged a distinct style independent from yet adjacent to the École de Paris and the CoBrA group.

After gaining a following in Paris, Maryan moved to New York City in the early 1960s, where he developed his notion of the personnage—using the French term for character to title the fictitious figures that dominated his mature oeuvre. These personnages are powerful vehicles for complex narratives and served as a conduit for the formal evolution of his distinctive painterly language. Working in a studio in the famed Chelsea Hotel during the1970s, he expanded upon the personage motif to create works that explore psychosexual tropes and historical and fictional figures from Jesus Christ to Napoleon to Ubu Roi..

Maryan died of a heart attack at the age of fifty in 1977. His last decade was extremely prolific but emotionally and physically turbulent. While he had always refused being called a “Holocaust artist,” the psychological fallout of Maryan’s experiences overwhelmed him in the early ‘70s. Under the care of psychiatrist, Maryan filled notebooks with drawings and text that provide insights into recurrent motifs of his art. In his only film, Ecce Homo (1975), Maryan paired a first-person testimonial of his experiences in Nazi prison camps with images of contemporary social protest movements.

My Name Is Maryan inserts this complex oeuvre into a larger narrative of postwar European and American art history. The exhibition takes Maryan’s act of renaming himself as more than a gesture of self-definition.Empowered by his new identity, Maryan forges a defiant yet questioning form of humanism that he dubbed “truth-painting” (peinture-verité). Drawing upon new scholarship and including never-before-exhibited works, My Name Is Maryan demonstrates the perseverance of the human spirit and the power of art to work through trauma. MOCA North Miami exhibitions and programs are made possible with the continued support of the North Miami Mayor and Council and the City of North Miami, the State of Florida, Department of State, Division of Cultural Affairs, and the Florida Council on Arts and Culture, the Miami-Dade County Department of Cultural Affairs and the Cultural Affairs Council, and the Miami-Dade County Mayor and Board of County Commissioners. We also thank our Board of Trustees, Curator’s Circle, and MOCA Members for their meaningful support.

«The Breeze Will Kill Me» by sculptor Christine Rebhuhn, at the Thierry Goldberg Gallery, New York