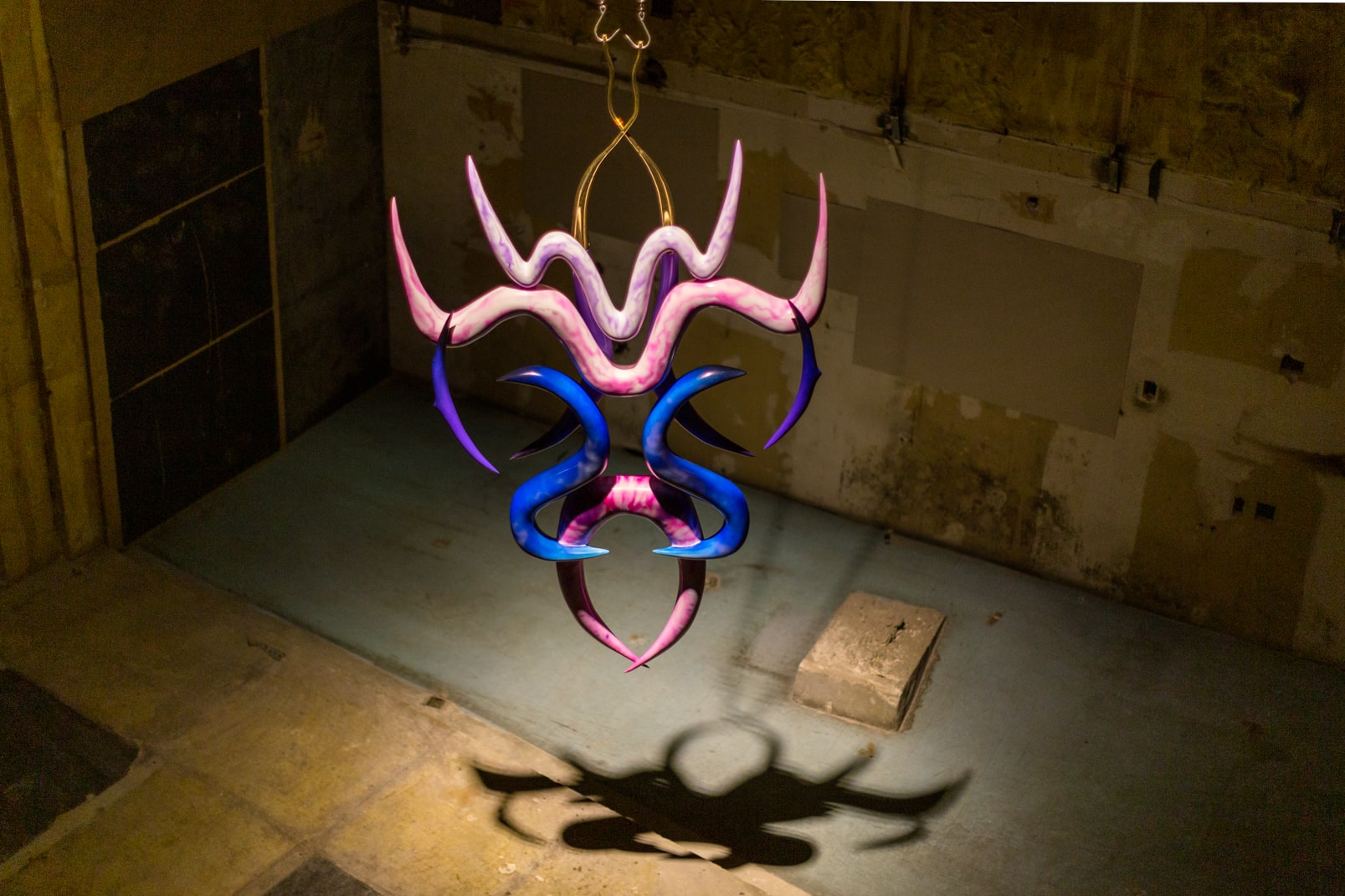 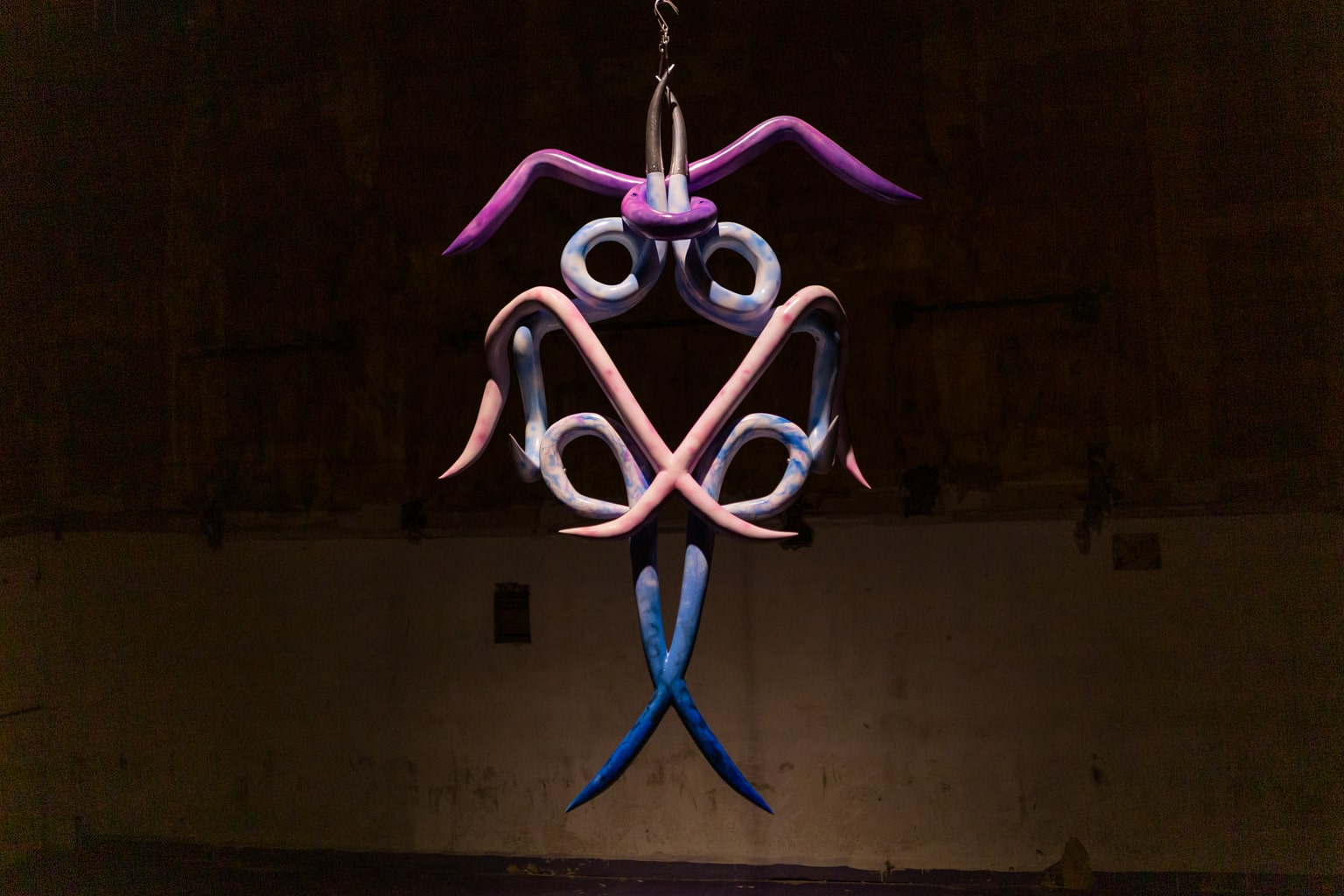 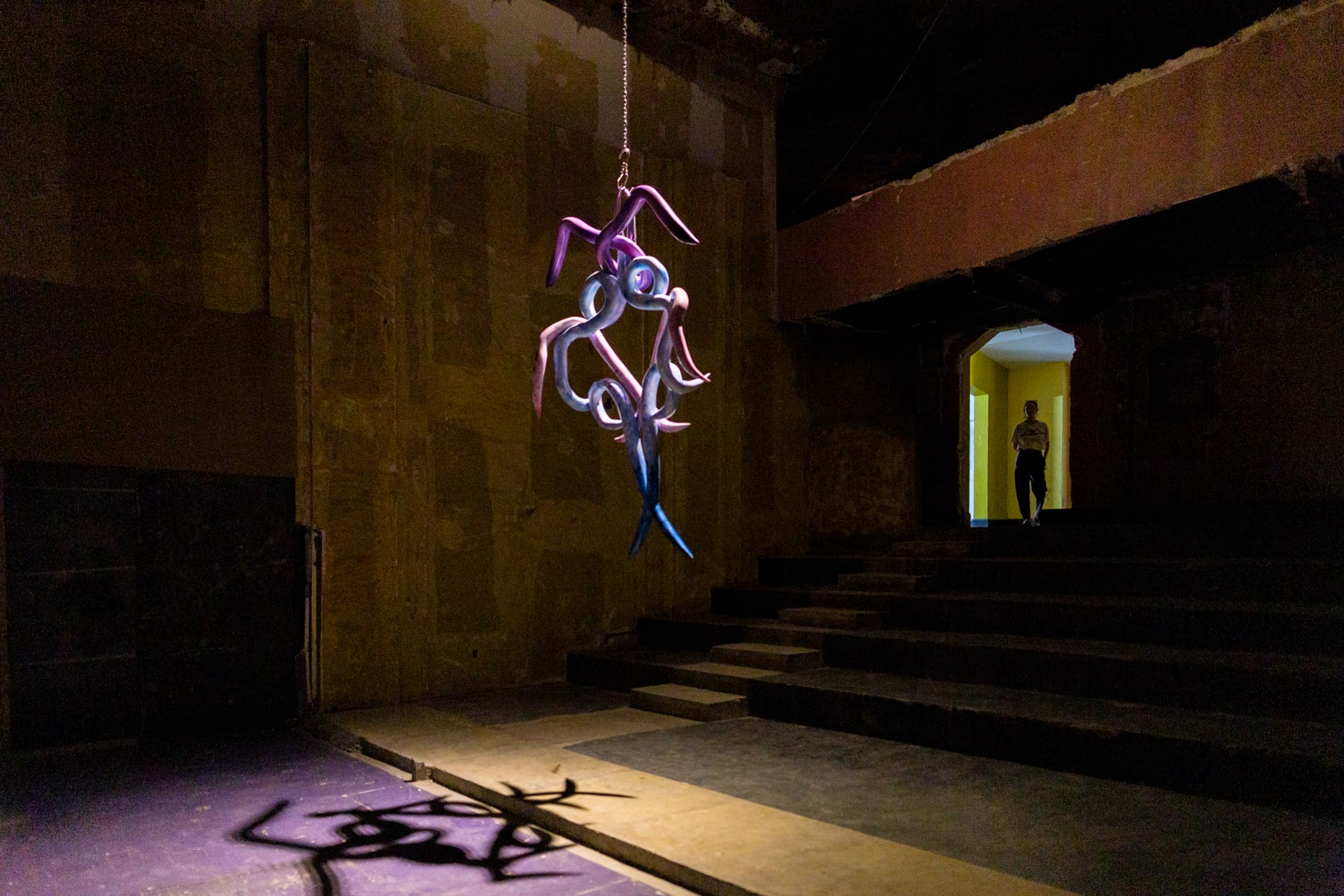 RP is pleased to present the new large-scale sculptures by North American artist Kristin Reger in Mexico City, at the former cinema of the iconic Ermita Building.

Reger is in a symbiotic transit between performance and sculpture, where the focus of study centers on a material sensibility that terrifies and excites, transmuting these emotions into amorphous figures that end up being mirages or simple enlargements of a reality of their own.

The conception of reality is fictitious, space/time is neutralized, the formal constructions of matter disappear, resulting in an unknown postembryonic state: amorphous, monstrous, ghostly, spectral. Constructing bodily and timeless ambiguities, resulting in exogenous forms, out of register, which finally become preconceived molds that allow us to understand the metamorphic birth of being.

It is necessary to break oneself into pieces and to feel in the body the madness of a contortionist; at the same time one must become a fetishist to the point of slavery, a fetishist of the eye, of the buttocks and of the feet, all at once, in order to find again in oneself what was miserably aborted at the beginning of the constitution of the human body.1

In this case, the Platonic conception of the beautiful disappears to give way to the despicable and unknown, but always within essential Pythagorean parameters for the unpleasant understanding demanded by the spectator.

Within the same logic and occupying the same techniques—in which the concept of beauty is gestated—in IUDUIUDUI there is something emotional and irrational that despite having the same compositional logic as harmony—with a simple and poor capricious equation—the factors are altered, giving as a product (at least in this case) two meter pieces suspended in the air, without sense, waiting to be contemplated.

IUDUIUDUI is the first solo exhibition of the artist in Mexico City with RP, but the third project in partnership with the team that makes up the gallery in its current format. The gallery is the consolidation of previous professional and affective relationships between artists and agent; it is part of a context in which the possibility of making and living from art is a discussion, a dialogue, a negotiation, a necessity. RP operates under these conditions from Mexico City.