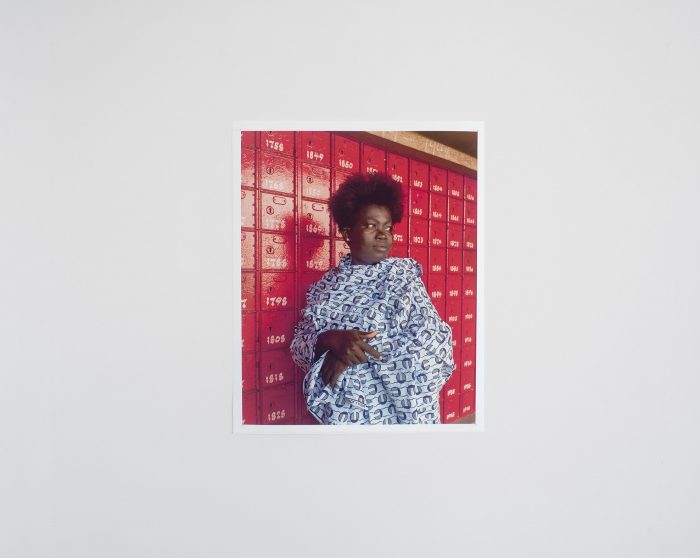 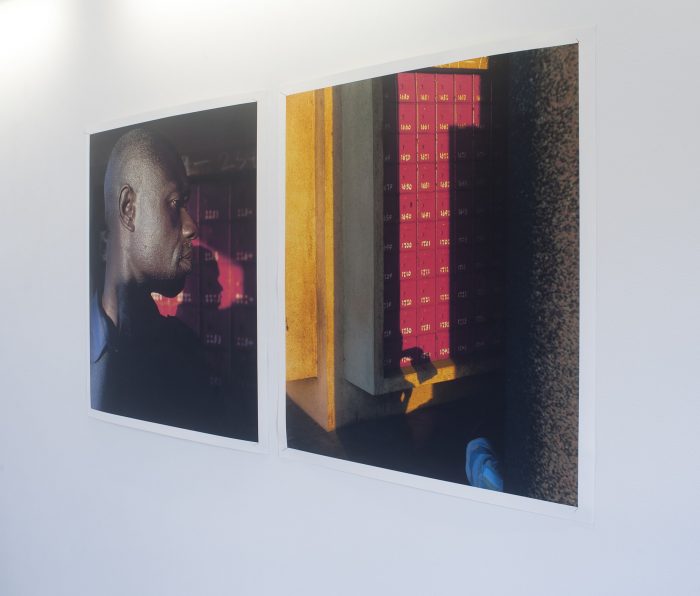 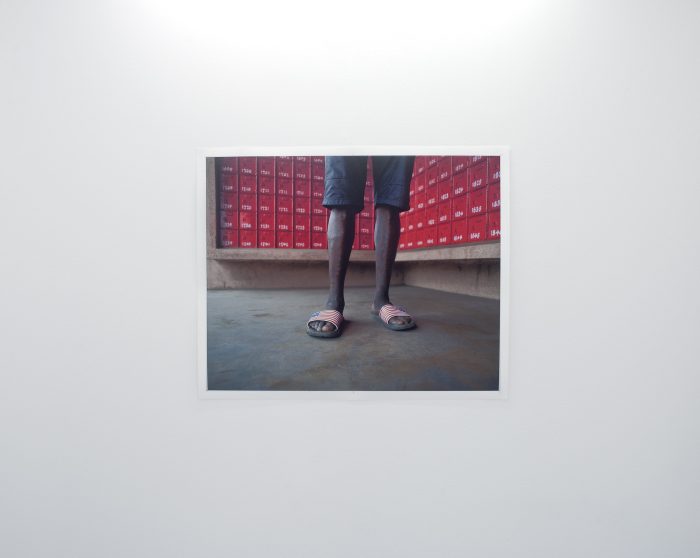 Robert Charlotte (°1966, Martinique) is an artist photographer who mainly takes portraits. By contesting the division between the realm of memory and the realm of experience, his photo references post-colonial theories as well as the avant-garde or the post-modern, commenting on the plight of the working class as a form of resistance against the logic of a system inherited from a still painful history, resistance to the global capitalist market system and the challenges facing the economy.

During a recent first trip to the African continent, and a residency in Accra (Ghana) during the Dialogues transatlantiques project in 2018, Robert Charlotte worked on series of photos, portraits of Ghanaian women and men. Using the alignment of the red letterboxes and their white printed numbers at the Ghana General Post Office’s building in Jamestown (Ghana), that reminded him a slave ship, he systematically took pictures of men and women he met on the street, in diverse postures.

His photos are an investigation into representations of (seemingly) concrete ages and situations as well as depictions and ideas that can only be achieved in photography. By demonstrating the omnipresent lingering of part of this buried intimacy, he often creates works using photographic tactics, but these are never permissive.

His works are characterized by the use of everyday situations in which recognition plays an important role. By emphasizing aesthetics, he absorbs the tradition of remembrance art into daily practice. This personal follow-up and revival of a past tradition is important as an act of meditation.

His works demonstrate how life extends beyond its own subjective limits and often tells a story about the effects of a common colonial past observed through his various journeys and projects, the cultural interactions that result from his encounters. It challenges the binaries we attempt to continually reconstruct between both sides of the Atlantic, between Africa and the Caribbean, between our own ‘present’ and ‘past’ selves. With Plato’s allegory of the cave in mind, he seduces the viewer into a world of ongoing equilibrium and the interval that articulates the stream of daily and historical events. Moments are depicted that only exist to punctuate the human drama or beauty in order to clarify our existence and to find poetic meaning in everyday life.

His collected, altered and own works are being confronted as aesthetically resilient, thematically interrelated material for memory and projection. The possible seems true and the truth exists, but it has many faces, as Hanna Arendt quotes from Franz Kafka. By taking portraits in daily life as subject matter while commenting on the everyday aesthetic in Ghana, engaging in a transatlantic dialogue, Robert Charlotte makes works that deals with the documentation of individuals, events and the question of how they can be presented. The work tries to express this with the help of his technical mastery, but not by telling a story or creating a metaphor.

His works sometimes radiate a cold and latent violence or melancholy. The viewer is often the witness of a moment of intimate sharing, facing a difficult context of the life of the subject, but also in the face of an unspeakable reflection of our present. But this is not photojournalism: he reinterprets reality. The place becomes a support; he embarks people on a journey, another way to create a dialogue.

At times, disconcerting beauty emerges. The inherent visual seductiveness, along with the conciseness of the images in the exhibition, further complicates the reception of their manifold layers of meaning.

The Discipline of the Cave