In a context of isolation that marked a before and after for art, Alejandro Gómez Escorcia reflects on a possible becoming for museums in digital spaces based on free culture as a strategy of resistance to platform capitalism, which they embrace without question. 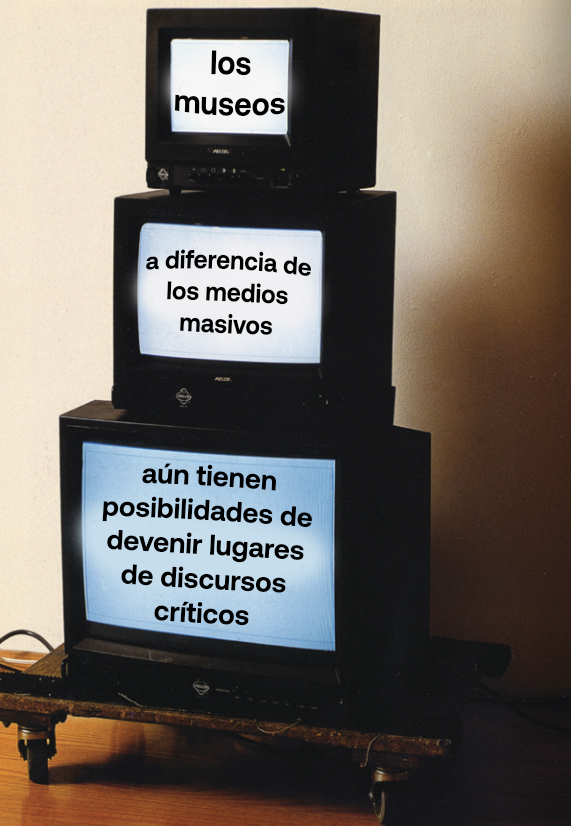 Last year, Brenda Caro accurately pointed out in Terremoto that the pandemic juncture which marked art and culture in Mexico -as in many other social fields- was a problematic transition to digital spaces.

In addition to the precarious government policies, the temporary closure of visits to museums and how overwhelming this context can be for the workers from the various institutions, something happened that has not been enough discussed: the complete assimilation of museums to platform capitalism.[1]

With a reduced memory of the historical path of artistic practices on the Internet, art museums have devoted themselves to their profiles on Facebook, Twitter, and Instagram. Some even discovered platforms, such as YouTube, that they had ignored despite being implanted in the cosmopolitan citizenships’ imaginary for decades. In other words, state and university institutions dedicated to exhibiting, preserving, and researching art in Mexico reduced their digital duty to the iteration of influencers’ activity and other nodocentric actors on the Internet, which we can list in concrete actions: live broadcasting, recording podcasts, uploading videos, updating their profiles and launching web pages.

Along with this, museums -which are social spaces that during the twentieth century were reconstituted as places for critical statements to modernity-, became in this pandemic as contributors to solutionism;[2] a strategy of capital that anesthetizes and dissolves dissent and active participation of people.

Given this context and the exhausting obfuscation of those of us who consume what museums offer on the Internet, I propose to retake the principles of free culture to reformulate museum practices in digital spaces. 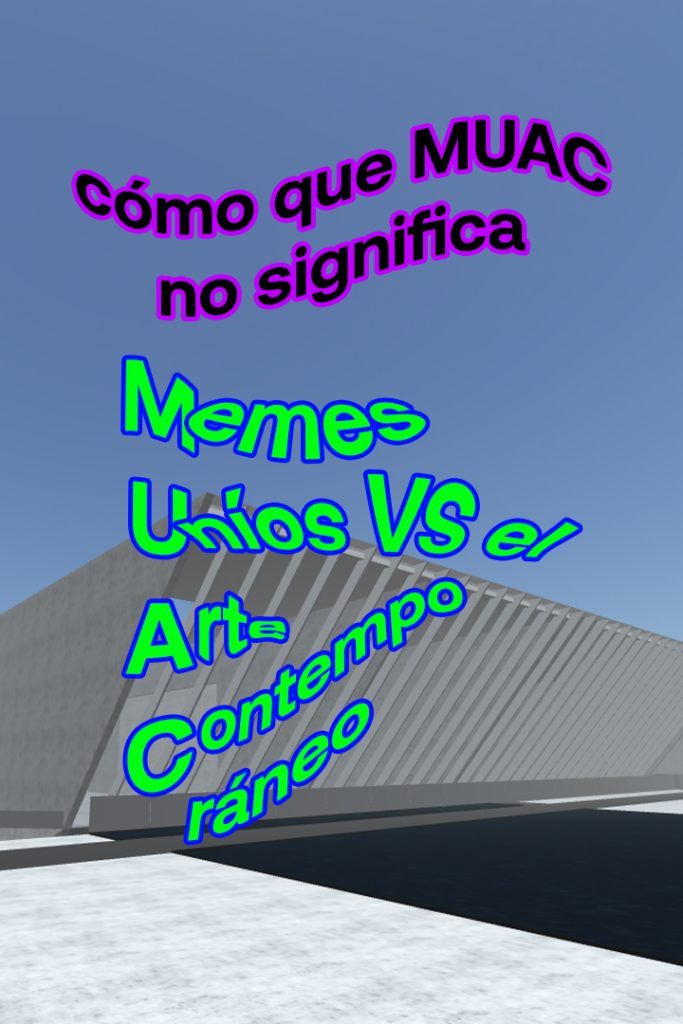 Recovering free culture[3] as an option opposed to platform capitalism implies that museums should aim to build these institutions as places for access to knowledge, which entails developing mechanisms of participation to open paths towards citizen control of power.

Under these assumptions, more operative than utopian, it is possible to begin to glimpse a horizon where museums appear on the map of justice and social transformation that our turbulent times require.

Below, I list five strategies where museums can understand themselves as technologies that can be rewritten in an open format instead of continuing with the closed model they have carried over from the 17th century when they were founded, based only on the conservation, research, and exhibition of cultural materials.

1) Allow access to your source code to use, change, redistribute or commoditize resources.

So far, most museums operate behind closed doors, where they organize and control the flow of the works and knowledge they safeguard. At this point, it is proposed to open models of co-creation with diverse agents and social actors instead of only stimulating models of consumption and spectatorship. An example of openness can be the Smithsonian Open Access project, where people can even freely sell objects created with images from the collection of this U.S. institution. 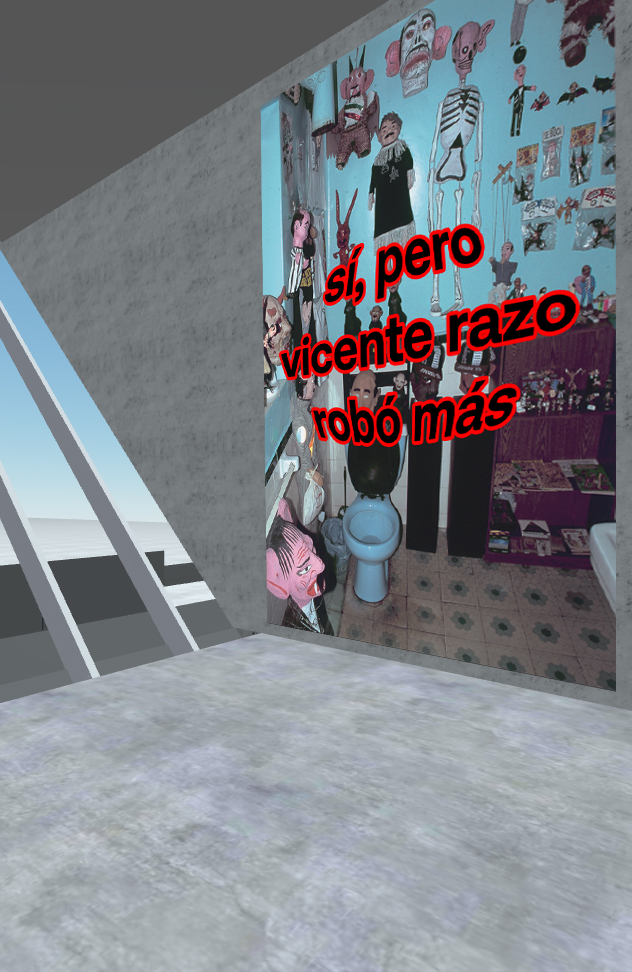 Museums usually operate in a collegial manner to define their exhibition and activity agendas. This involves only integrating authoritative voices that seek to maintain their status quo as artists, curators, and other cultural agents that wield power. Here we propose to update these agendas, which are also political and social, under a collaborative model that defines the museum’s work from other sectors. This would contribute to reduce the national and post-national discourses that art in Mexico makes use of and would increase the space for human narratives that afflict us beyond identity epics.[4]

3) To end free of charge and prioritize non-monetary exchanges.

If what is at stake in museums is knowledge about humanity (and other living and non-living species), their main currency cannot continue to be money. While they have to sustain themselves and give decent contracts to their workers, museums can also generate models of exchange through the flow of knowledge. In Mexico, the idea of gratuity of the welfare state no longer operates as it did in the twentieth century. Today, going to a museum for free makes invisible the work of the communities that make it up and reduces its social value by being available (and therefore, disposable).

4)Be replicable and compatible with other architectures, hardware, or interfaces.

Understanding museums as technologies implies thinking of them as replicable models that can be compatible and adaptable in different contexts. The museum can no longer be enclosed in a building. With this proposal, museums would cease to be-where-they-are and go-where-they-are and they could happen where-they-are-needed. And this opens up a series of transcendental questions: When is museum technology required? What functions can it have in a situated way? How are people’s cultural memories currently constructed? 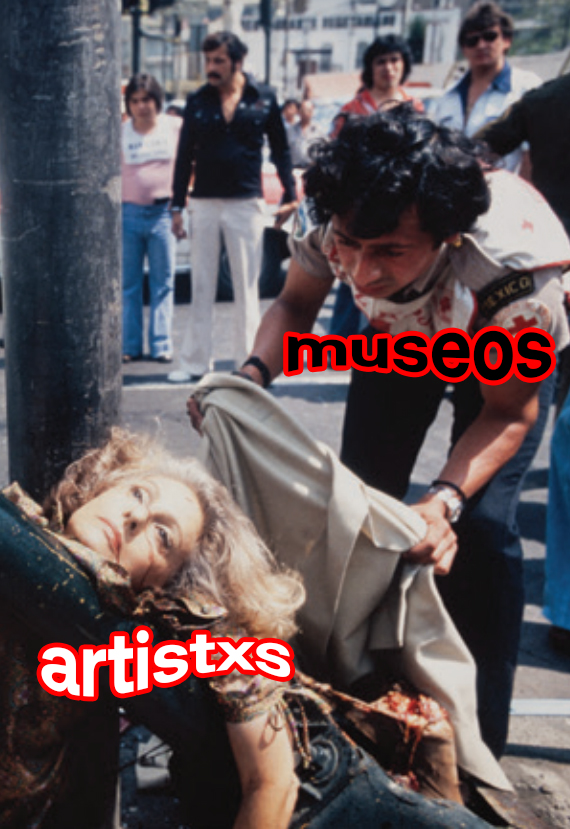 5) Induce participation instead of expectation and spectacularization.

In addition to the hegemonic model of spectatorship that museums represent, which has its value in allowing contemplation and the suggestion of aesthetic experiences, these institutions need to establish other relationships with people. Continuing to strengthen the idea of visitors and spectators only stimulates a distance between the museum and the citizenry, which projects futures where only spectacular content that can be consumed from afar has a place. Participating is approaching. Expecting is distancing. What do art museums in Mexico want today?

These proposals persist for now as scenarios of the possible, and also as reactions to a museum agenda that has been reduced to the colorless plane of screens. Remaining in this state of prostration could be fatal for museums, which would end their history as mere advertising agencies. We live in a moment where it is still possible to rewrite our technologies for human survival, how do we want to use museum technology? Are we willing to abandon our positions of power and comfort to counter the enormous power of digital platforms? Will we be able to collectively design and build open-source museums?[5]