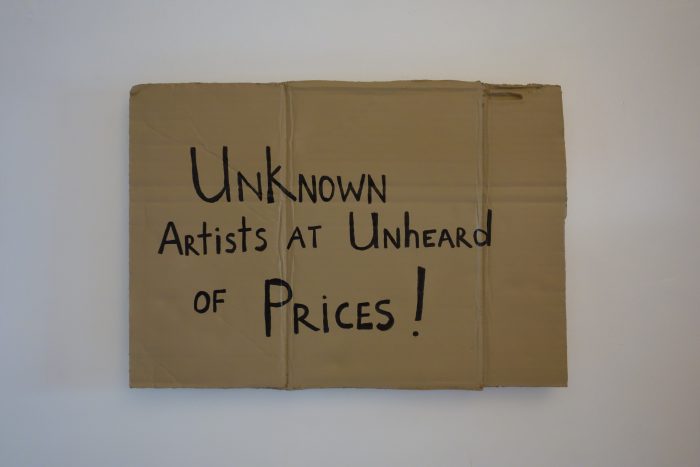 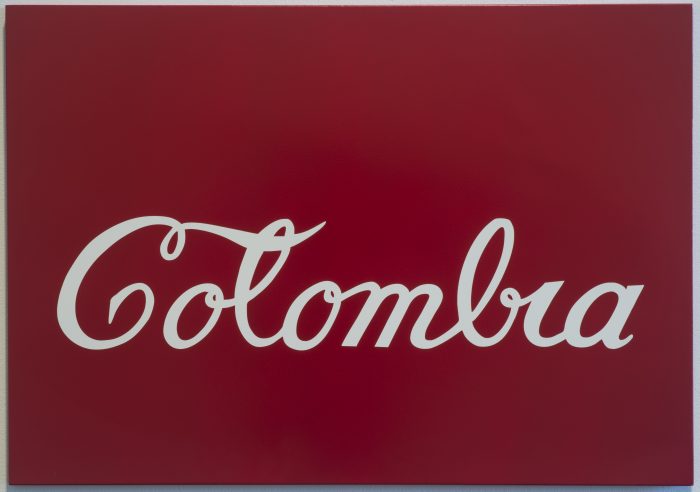 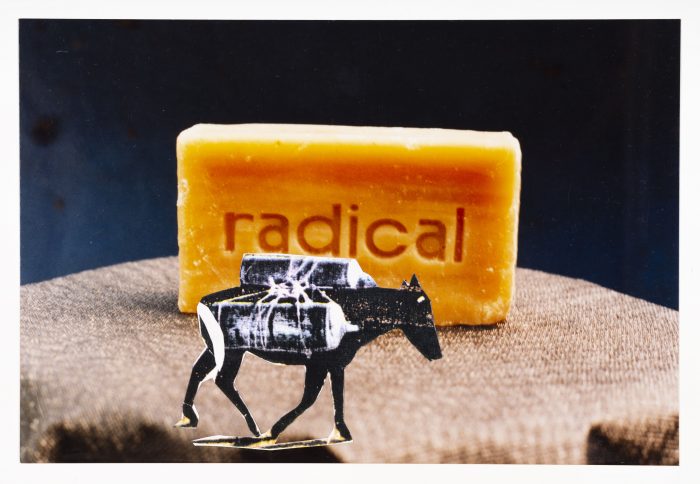 The Blanton Museum of Art at The University of Texas at Austin presents Words/Matter: Latin American Art and Language at the Blanton, an exhibition that examines how modern and contemporary Latin American and Latinx visual artists have engaged written language to make personal, political, and poetic statements.

Words/Matter is drawn primarily from the Blanton’s extensive collection of Latin American art. The collection began in 1963, when the museum’s first director established a collecting priority that identified contemporary art from both North and South America. Since then, the Blanton has continued to focus on collecting, researching, and exhibiting Latin American art. In 1988, it was the first museum in the US to establish a curatorial position devoted to this field. The collection now includes 2,500 works of modern and contemporary painting, prints, drawing, conceptual art, installation, video, and sculpture.

“We are very proud to shed new light on the museum’s Latin American art program with exhibitions opening simultaneously at the Blanton and at the Reina Sofía in Madrid this winter,” said Blanton Director Simone Wicha. “The Blanton has long been a leader in this field and continues to build on its commitment to celebrating the unique art histories that have emerged from Latin America.”

Words/Matter highlights the depth and breadth of the Blanton’s Latin American collection, featuring approximately 150 works in a variety of media, dating from the 1930s to the present. The exhibition will also debut recent gifts to the museum, including several works donated to the museum by the late Jacqueline Barnitz, an internationally recognized scholar of Latin American art and UT Professor Emerita, and a group of Chicanx prints given to the Blanton by Gilberto Cardenas, a collector of Latinx and Chicanx art and professor at UT from 1975 to 1999.

“Words/Matter is a testament to the origins and future of the Blanton’s Latin American collection,” said Beverly Adams, curator of Latin American art and co-curator of the exhibition. “Bringing together works from the beginnings of the collection, such as Barbara Duncan’s seminal gifts of South American paintings, which came to the museum in 1971, with more recent gifts from collectors Charles and Judy Tate, Words/Matter showcases the Blanton’s deep ties to artists, scholars, collectors, and others working and interested in Latin America.”

Several key loans in the exhibition demonstrate the strong campus partnerships that continue to position UT and the Blanton at the forefront of this field. A collection of sculptural poems, as well as several Chicanx protest prints from the 1970s, are featured in the exhibition and are on loan from the Nettie Lee Benson Latin American Collection, the largest university research collection focused on Latin America in the United States.

“Organizing this exhibition allowed us to present our collection of Latin American art in a new way, organized around a significant theme: visual artists’ enduring interest in language and the written word,” said Florencia Bazzano, Blanton assistant curator of Latin American art and co-curator of the exhibition. “Words/Matter calls attention to the inventive and subversive aesthetics of artist’s books, poems, socially engaged printmaking, and conceptualist practices, revealing the powerful messages that emerge from the convergence of art and language.”

The exhibition has six sections that examine the varying ways artists made written language a key aspect of their work:

In this section, artists explore the experience of bilingualism by inventing new languages and designing alphabets —calling attention to what makes languages unique and sometimes untranslatable. Works range from Leandro Katz’s book Ñ (1971), which highlights a letter that exists mostly in Spanish, to Xul Solar’s watercolor Una grafía (1935), which features his use of shorthand to represent language phonetically, illustrating his desire to create an international language.

Between Poetry and Prose

This section foregrounds the diverse and enduring collaborations between visual artists, writers, and poets in Latin America during the twentieth century. Some visual artists published manifestos, magazines, or theoretical treatises about art, such as Joaquín Torres García’s Tradición del hombre abstracto [Tradition of the Abstract Man] (1941), a book and artistic manifesto. A painting of the same name by Torres García, composed of a grid and words, will also be on view. Others integrated literary allusions into their works. For example, Liliana Porter’s multi-media work Historia sin fin [The Unending Story ] (1980) references Jorge Luis Borges and visually quotes Lewis Caroll’s Alice in Wonderland, and Nury González’s embroidered cashmere textile Recado a Gabriela Mistral [Message to Gabriela Mistral] (1995), features phrases that reference and honor Chilean poet and Nobel Prize winner Gabriela Mistral.

The Shape of Language

This section includes works that take their form from the vehicles used to circulate printed language, such as codices, newspapers, magazines, and books. Visual artists adopted these new formats for the diffusion of art and ideas through public communication channels. The Shapes of Language features several artist’s books, such as Paulo Brusky’s ALTO RETRato (1981), Waltercio Caldas’s Velázquez (1996), and Gego’s Líneas (1966).

Artists invested in the social power of art have produced some of the most iconic work in Latin America. Fighting Words explores this radical spirit, with a focus on how the juxtaposition of images and language magnified political messages. This section will feature a salon-style wall of political prints, including Chilean, Latinx, and Chicanx printmakers. Fighting Words includes the work of several artists interested in Mail Art, an alternative method of communication used both to evade censorship and to connect to an international network of Mail Art practitioners. Prominent Argentine mail artist Edgardo Antonio Vigo’s portfolio Múltiples Acumulados (Accumulated Multiples) (1983), which he sent via mail to friends and associates, captures the breadth of political and performative work he created throughout his career.

This section features works by artists who used conceptual strategies to evade censorship and form coded, yet urgent, political statements. Nemesio Antúnez, in the painting Estadio negro (Black Stadium) (1977), called attention to the torture of thousands of Chilean citizens by simply writing the title of thework and the date “September 11, 1973,” on the canvas. Similarly, Luis Camnitzer’s 35 photo etchings, Uruguayan Torture Series (1983), pairs photos with evocative one-line statements, referring to actual incidents of torture by the dictatorship that ruled Uruguay from 1973 to 1985. Contemporary artist Alejandro Diaz, a Texas artist and UT alumnus currently working in New York City, continues this legacy in his presentation of phrases that foreground absurdities in the art market, late capitalism, and US-Mexico relations.