The Way You Talk & Queen's Throat 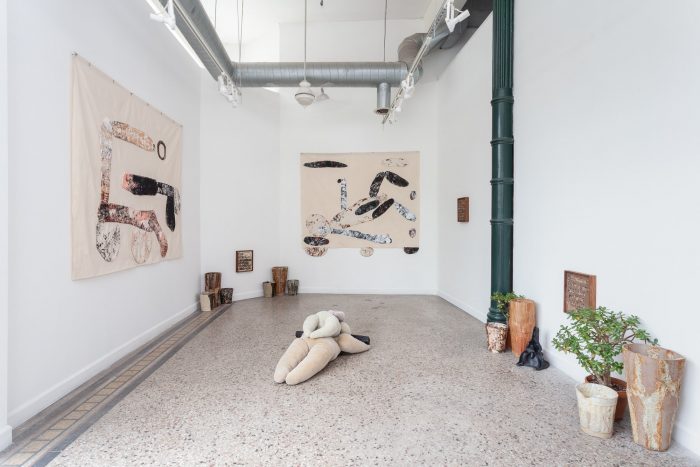 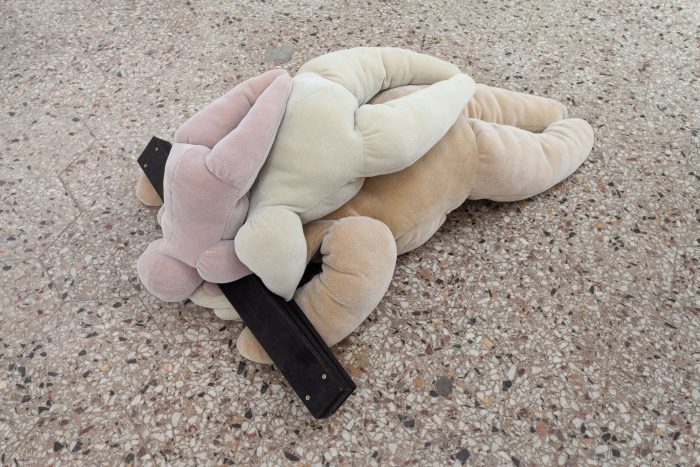 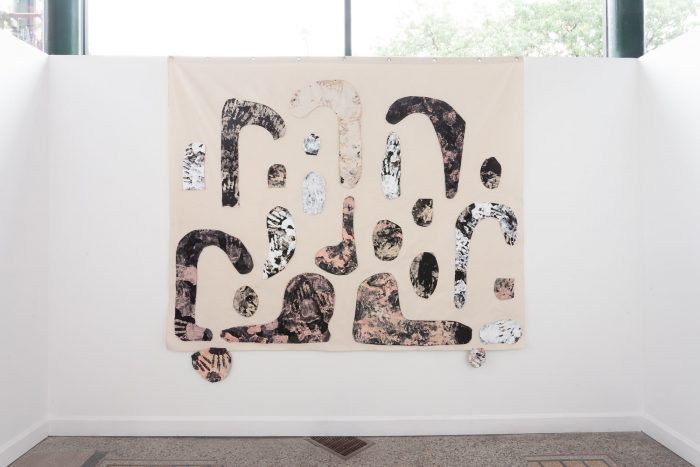 The Way You Talk is a selection of four series of works including text based paintings and ceramic sculptures made by Jory Drew, who has pulled from a personal archive of audio and written recordings between himself and former sexual and romantic partners. He is concerned with the nature of love and the capitalization of desire through media, technology, and art. Combining critical theory, pornography, and contemporary pop-cultural themes with auto-biographical experiences, Drew chronicles his own sexual promiscuity, emotions, and relationships through interdisciplinary methods modeled after commercial ad campaigns, teen-idol ephemera, and abstract formalism. He imagines these romantic particularities not only to examine but also critique social constructs and their inequalities

Jory Drew is an artist and educator based in Chicago, IL. A graduate of the School of the Art Institute of Chicago, Drew has exhibited locally and nationally and has participated in the Open Kitchen Residency (Milwaukee, WI.), ACRE (Steuben, WI/Chicago, IL.), and Hot Box Residency (Austin, TX.). As an educator Jory is currently the co-lead artist for both the North Lawndale Teen Art Council in Homan Square for the School of the Art Institute of Chicago and the Teen Creative Agency at the Museum of Contemporary Art. Drew may also be recognized as a Co- founder of F4F, a domestic venue in Little Village (Chicago) and a Co-organizer of Beauty Breaks, an intergenerational beauty and wellness workshop series for black people along the spectrum of femininity.

Cultural folklore convinces us that we can tell someone is gay by voice alone.  Decadent novelist J. K. Huysmans wrote in a letter to Marc Andre Rafflovich that sodomy changes the voice, which becomes almost identical in all of them. After several days study in that world, from nothing but the sound of the voice of people I did not know, I could infallibly predict their tastes.  Do you think there would be research to be done on the influence of one organ to another?

—The Queen’s Throat: Opera, Homosexuality, and the Mysteries of Desire by Wayne Koestenbaum (1993)

Caleb Yono’s Paintings depict a chromatic world of high-femme figures entranced and bewitched by desire.  Both forces present in the simple figuration and glowing color relationships of the flat matte surfaces meeting color to color or draw in pencil. The compositions barrow from sacred symmetry and geometric abstraction.  The figures and botanical images are drawn from clip art silhouettes, bodies and forms border on the symbolic and are layered as so.

Zachary Hutchinson’s  sculptures are new works created for this installation.  The artist’s experience with  previous work creating masks, dolls, and, dresses, take a new form inspired by Caleb’s  paintings and the work of Greer Lankton experienced in person while working as a docent.

Together- Drag and figuration is an intersection in our work and a method of engagement in our relationship.  We Did Each Others Makeup (2019) is an attempt to capture that relationship.

Caleb Yono (1981)  Lives and works in Chicago, Has an MFA in painting and drawing 2015 from The School Of the Art Institute of Chicago . Caleb has exhibited and performed both locally and abroad. Caleb works with representations of figures caught in moments of  transmutation. Caleb’s works on paper, performances, photographs, videos, and objects; hope to understand and process the dissonance and harmony of the feminine, femme, and hysteric.