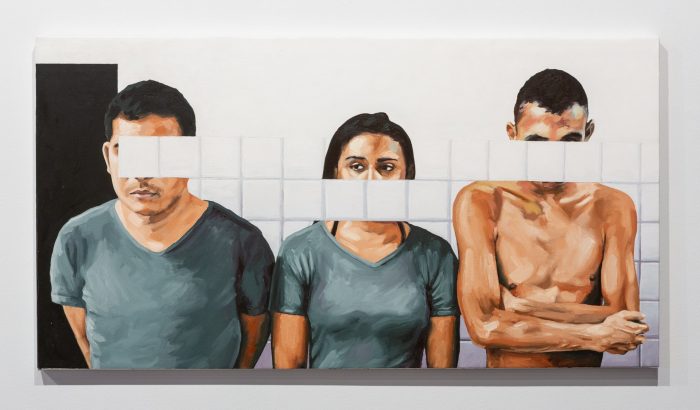 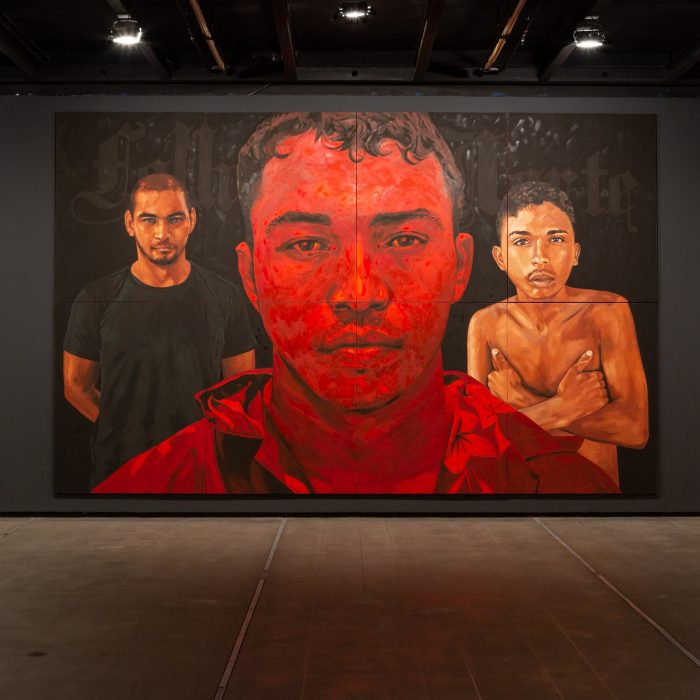 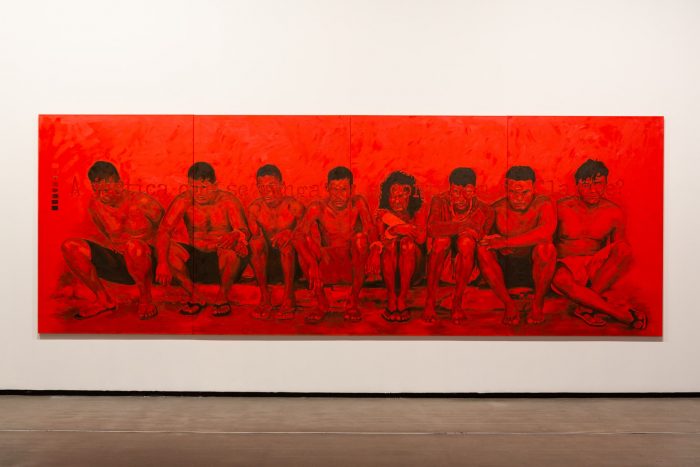 Instituto Tomie Ohtake’s Curatorial Design and Research Center has organized the eighth iteration of its Arte Atual (Current Art) program with artists Éder Oliveira, Regina Parra and Virgínia de Medeiros posing their reflections on portraiture as a pictorial genre and a way of recognizing subjects and assigning identity to them. The exhibition’s title—You Will Never Look at Me from the Place I See You—is taken from the French psychoanalyst Jacques Lacan’s Four Fundamental Concepts of Psychoanalysis seminar (Book XI).  According to the curatorial team, the actual act of portraying permeates the exhibition’s questions while starting from different approaches and languages.  “Pieces enable discussion around parameters of how artists construct boundaries between ‘self’ and ‘other’ and delimit relations of affinity and distinction. Moreover, the works on display reveal how guest artists are using the human figure as one of their means of addressing the violence we impute to our bodies—or that is imputed to them—and the limits and traces of time, as well as the notion of body as locus of resistance,” wrote Curatorial Design and Research Center members Diego Mauro, Luana Fortes, Priscyla Gomes and Theo Monteiro.

Éder Oliveira‘s oeuvre is renowned for the color portraits of varying sizes he paints on media ranging from canvas to town walls. This artist from the state of Pará appropriates mostly male pictures from police reports in the press to investigate male identity in the Amazon region while highlighting the high violence level in northern Brazil. Up until recently Oliveira portrayed only human figures, but now he has added text to his paintings, which tend to feature literary quotes as annotations on the situations he depicts.

Regina Parra‘s portraits involve a mythological self-deconstruction process. Despite using photographic self-portraits to choose which images to paint, she does not see them as self-portraits. Her career has involved working in the theater too, and she says that she lends her body to experiment with positions, movements and framing. For this exhibition—You Will Never Look at Me from the Place I See You—Parra is showing a series of paintings and neons, having the Irish playwright and writer Samuel Beckett’s Happy Days (1961) and Not I (1972) as background.

Virginia de Medeiros poses a new staging of the Alma de Bronze [Bronze Soul] series (2016-2018) based on spending time with female leaders of the Struggle for Housing Movement (Frente de Luta por Moradia, or FLM) organized by the Downtown Homeless Movement (Movimento Sem Teto do Centro, or MSTC). She started with the Cambridge Artistic Residence Program and then moved on to the 9 de Julho squatting project, where she showed an initial piece that was also exhibited at Centro Cultural São Paulo. For Instituto Tomie Ohtake’s exhibition, Medeiros’ work has gained a more open and experimental format as space for discussing and talking about the most urgent events involving the MSTC homeless movement, which will be scheduled to fit in with their requirements. The new installation-type work involves video footage portraying twelve of the occupation’s female leaders to the sound of a percussion piece by Beth Belli, drum conductor for Ilú Obá de Min group, which booms out as if sounding an alarm, its volume lowered only for conversations taking place there.