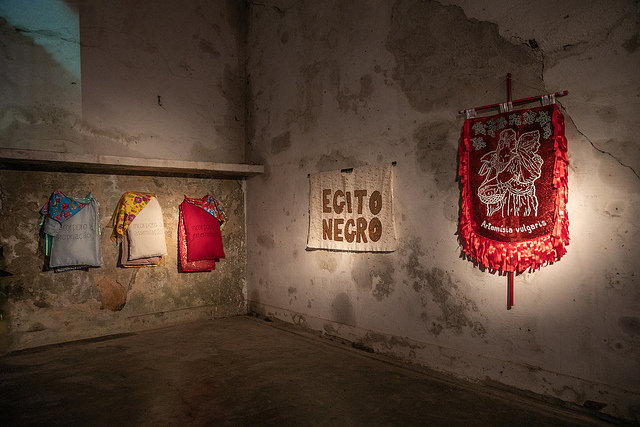 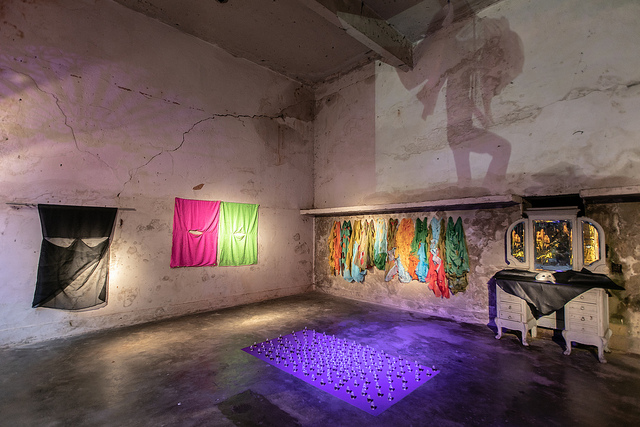 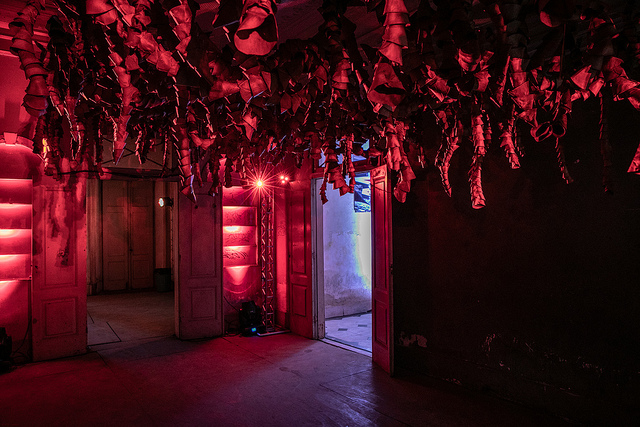 Carnival is the moment when fluxes rebel to show that they can overcome forms. It’s when laws and social rules are revoked in the name of forceful desire and fantasy; it’s when oppression is defeated by insubordination and frenzy. It is the time in which houses, bars and halls become akin to squares; and squares, in turn, flaunt free and widespread familiar contact, revealing the farce contained in the idea of privacy. This is a spectacle without a script, stage or limelight; with no division between actor and spectator, in which becomings hallucinate and are revolutionized. In a land with no project, plan or success, life is unstoppable and flows: it oozes without echoing.

In the time of catharsis, we look for catalysis. During the reign of King Momo – an overbrimming season of alterity and vertigo – the streets become easier to notice as fertile territories for the micropolitical construction of the present emerging from the wrecks of civilization. Tuned with rebellion, we embody revolt. Heading towards all limits, we can collectively weave, with dispute and collaboration, new forms of existence, new ways of being in the world. And that is precisely what those who liquify and merge over the hot asphalt know: Carnival is necessarily and powerfully political.

For this exhibition, we invited artists to collaborate with experiments – almost all of them commissioned and developed especially for Solar dos Abacaxis – that could double as works of art and works of Carnival. These are sculptures, objects, paintings and installations that are also flags, costumes, props and masks. In most cases, they are elements that can be objects for visual fruition, but that are also intended to be displaced from the walls, worn, performed and activated at Solar.

Among these, Bruna Amaro’s Artemisia Vulgaris that allowed anybody to become a standard-bearer; Marcos Chave’s VICEADVERSA, wearable pieces sewn in a sequined fabric that changed of color as it was being handled, a nod to Mangueira, a notorious school of samba; or even Maria Palmeiro’s Pack of Maritacas, a series of 12 pieces with multiple wearing possibilities, each a combination of three colors derived from the palette of these native birds. These were seen being worn by revelers on the dancefloor, along the cortège that followed Lemi Ayó around Solar, singing along to Letrux’s show, drinking and dancing. Perhaps after that, Eshu willing, the works might even go down the hill and be used during the actual Carnival, which, this year, starts in March.

The aforementioned works were exhibited alongside their one of their many precursors: one of Hélio Oiticica’s last and least seen works, Contra Bólide N.2: Yours in mine. This piece, a garment sewn in a black yet translucent fabric was meant to be worn covering a person head and body completely, leaving only their ankles to be seen, thus obliterating the image of the body and giving emphasis to the feet movement, so important in samba. A fundamental ground stone when it comes to Brazilian art – especially wearable –, a dialogue with Hélio’s earlier work Parangolé P15: Cape 11: Embody Revolt could also be seen on Ana Clara Tito’s pieces.

The exhibition also included a video program with works ranging from 1955 to 2018 and, most importantly: all the works brought, dressed, embodied and performed by our community, by all the revelers who attended and made themselves part of the Sincere Aurora Ball. The night’s invitation was glowing and precise: unveil yourself!

—Text and curatorship by Bernardo Mosqueira