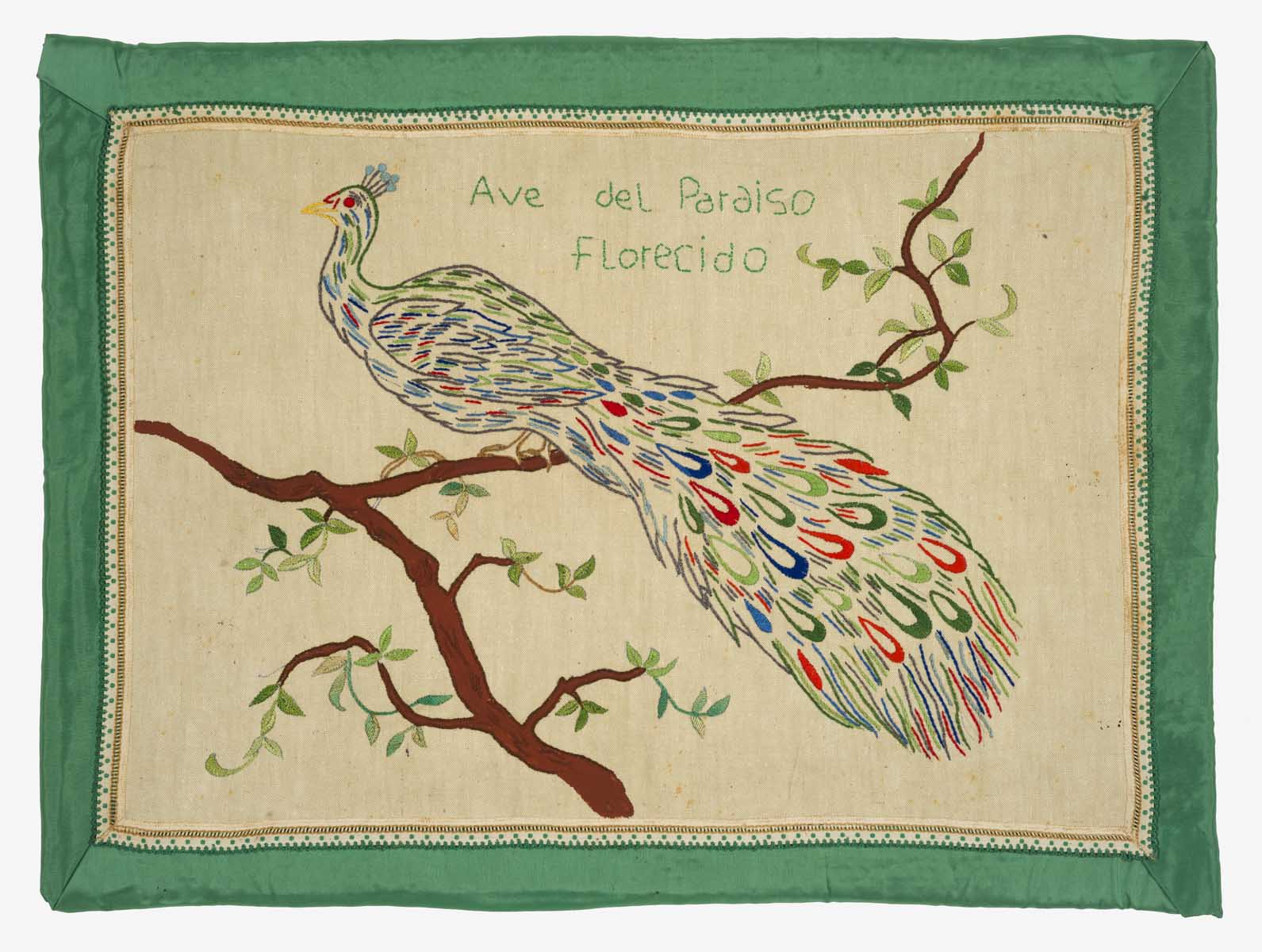 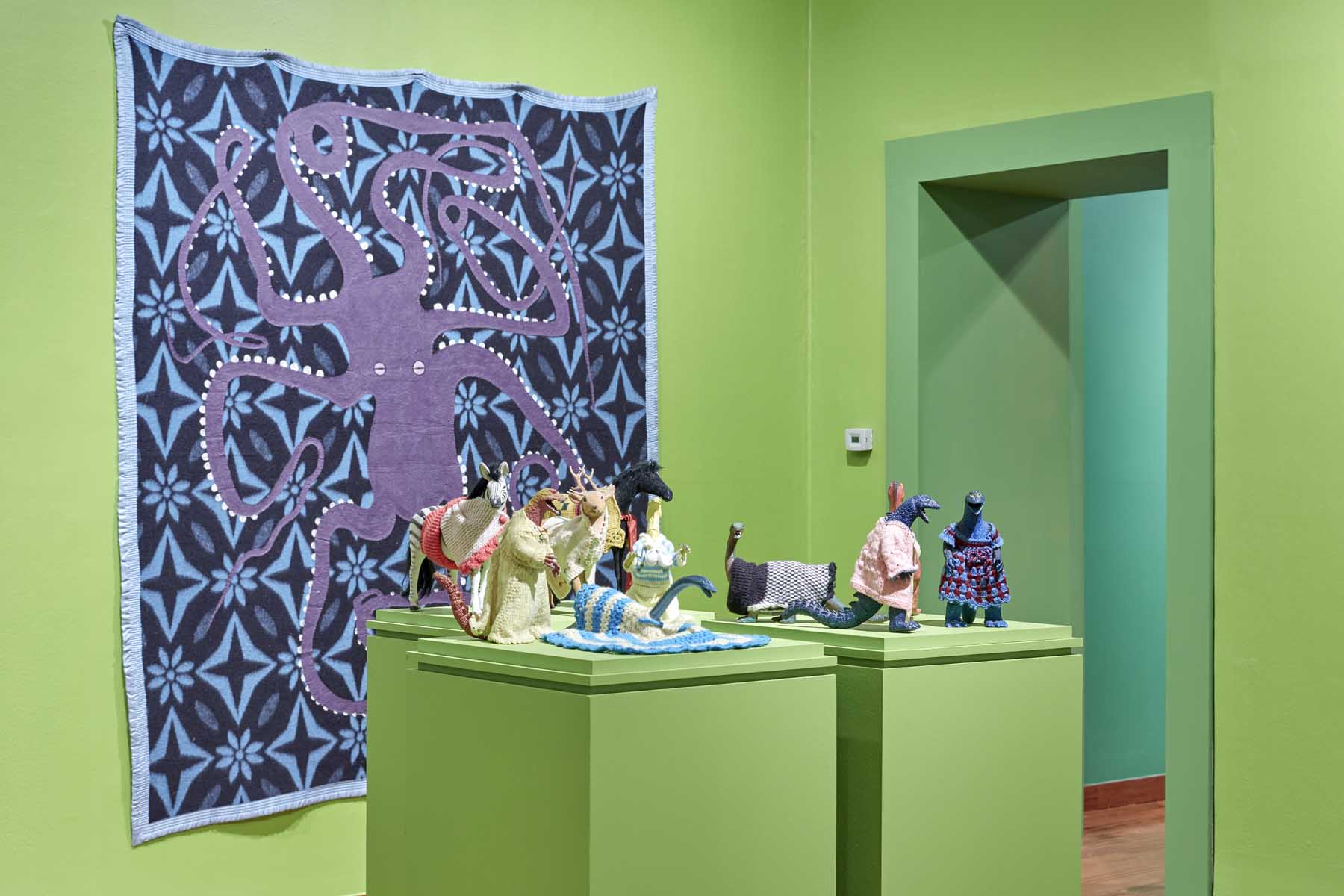 Feliciano Centurión (1962-1996) was a key artist of the 1990s artistic scene in Buenos Aires and a pioneer in the development of queer aesthetics. Born in Paraguay, the exuberant tropical landscape and flora and fauna of his childhood informed his work, as did his early exposure to the traditionally female craft traditions of embroidery, crochet, and lacework. A gay man living as an immigrant in Buenos Aires, Centurión was marginalized, but he also found a vibrant community of artists who understood and supported his work. The first room of the exhibition presents the large-scale blankets decorated with flamboyant animals with which he launched his career in the early 1990s. The second room focuses on his textile works—many made of materials from the street markets—representing flowers and animals or  embroidered  with phrases referring to intimate relationships and human emotion. The final room deals with his diagnosis of HIV and his looming death, which he documented through declarations of affection, love, and hope.