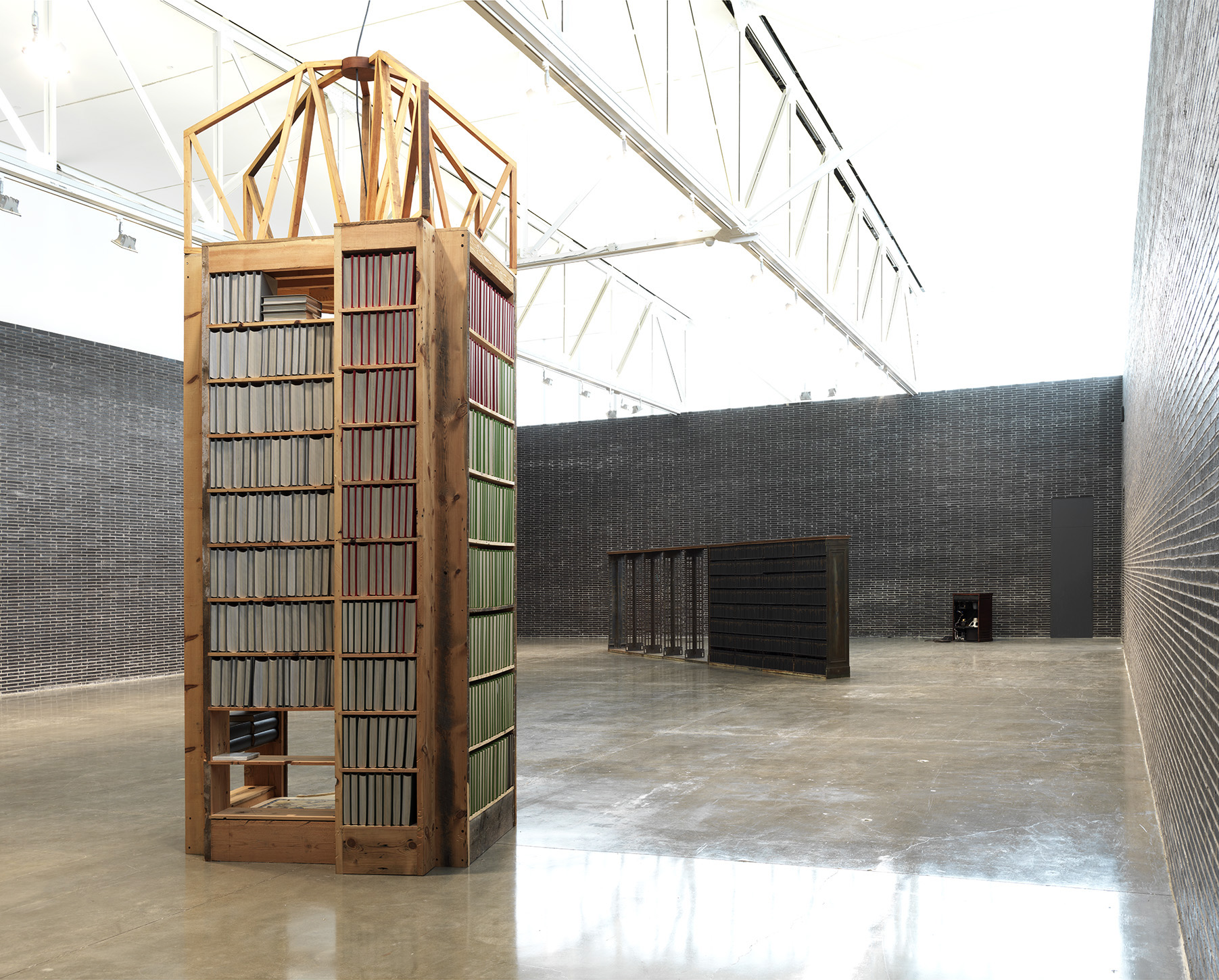 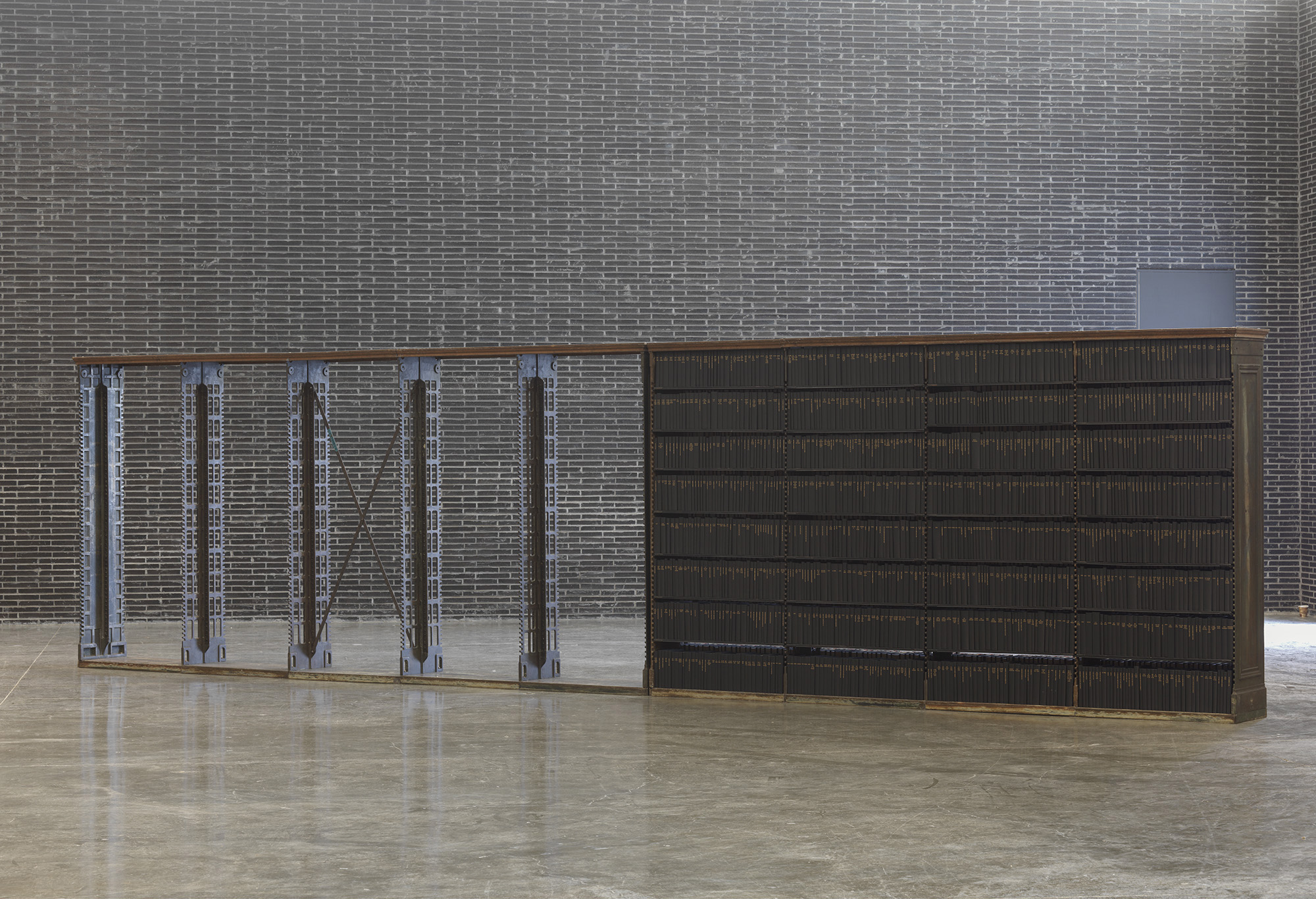 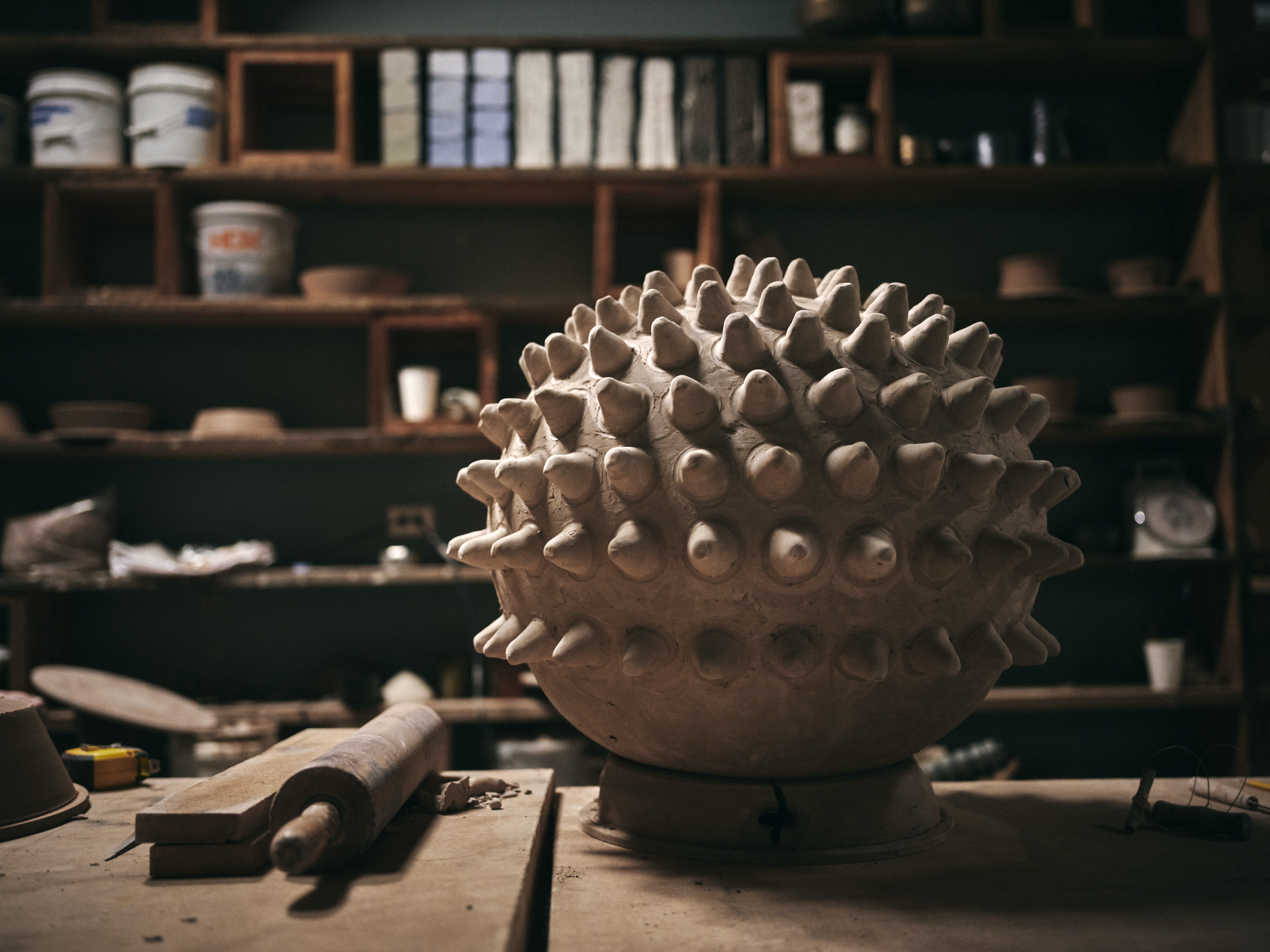 «I always find myself returning to the vessel. It is part of the intellectual life force of my practice and it precedes all other forms of making.

Gagosian is pleased to present Black Vessel, Theaster Gates’s first-ever solo exhibition in New York. Gates’s oeuvre is among the most conceptually and materially rich in contemporary art, anchored equally in the canons of art history, the racial ideology of the Black diaspora, and the artist’s own personal history. Through an art practice predicated on cultural reclamation and social empowerment, Gates exchanges and recharges objects and ideas, proposing the artwork as a communicating vessel or sacred reliquary of recollected histories, critical vitality, and shared experience. Traversing a broad range of formal approaches such as painting, sculpture, sound, and performance, as well as the processes of salvaging, archiving, and place making, he delivers penetrating social commentary on labor, material, spiritual capital, and commodity within a close examination of the urban condition.

The Brick Reliquaries (2020) are Gates’s latest sculptural experiments. By firing bricks with a strong manganese content to an excessive 2,300°F, the known properties of the materials are transformed into the mysteries of heat-based sculpture. In some instances, the material loses its specificity when pushed to such limits; in others, the carbide shelves inside the kiln fuse with the bricks and other sculptural elements that rest on them, becoming host to material transformation.

In 2012 Gates began to formalize his knowledge of roofing techniques into a new territory of experimental painting, working with tar to make the invisible roof legible. In a new suite of paintings completed this year, Gates has intensified his approach, crafting painted torch down into taut conjoined backdrops for the interplay of archaeological tarred fragments. Just as postwar artists set themselves apart from gestural abstraction by utilizing mass-produced industrial materials and techniques in place of paint and canvas, Gates has imbued abstract painting with unprecedented form and meaning—first with the Civil Tapestries (2011–), which charged Minimalist language with the legacies of racial injustice; and now in ruggedly elegant works that employ the signifying materials and skilled labor of roofing to invoke a poignant meditation on urban spirit and its implicit obsolescence.

Gates promotes the vessel as a container of the concrete, the symbolic, and the spiritual—a metaphor for embodied existence or a means by which to gather communities together in time and space. For him, the clay vessel is a universal object of ritual significance. In a diverse group of unique large-scale works in glazed and fired clay, his evident formal virtuosity unites ancient traditions with modernist aesthetics, and draws elective affinities between Eastern, Western, and African techne.

Switching scales from vessel as object to vessel as architecture, Gates has dramatically transformed the vast west gallery into a resonant place for shared contemplation by lining the walls entirely with Roman bricks customized from reconstituted remainders, blackened with manganese dioxide and dye. (A direct precursor to this gesture is the 2017 permanent commission Black Vessel for a Saint at the Walker Art Center in Minneapolis, a minimalist cylindrical shrine built from black bricks that contains a life-size statue of St. Laurence, the patron saint of librarians and archivists.)

Housed in this awe-inspiring brick sanctuary are two large-scale archive works, both rich repositories of historic Black printed matter. The towering New Egypt (2017) houses the complete bound volumes of Ebony, the Johnson Publishing Company periodical (1945-2016) that promoted and celebrated the realities of Black American middle-class life. The red, black, green, and dark gray covers reference the Black Power movement, while the wooden shelving structure acknowledges various forms of Africanized architecture. The title of the work and its content reflect the teachings of Dr. Maulana Karenga, a founder of Kwanzaa and a prominent figure in early Africana studies, who posited that the Black American experience is adjacent to Nubian and Egyptian experiences of “African kingdoms.” Given that, historically, a key Western tactic to dominate other civilizations was to assassinate scholars and intellectuals and pillage or burn libraries, both New Egypt and its exhibition companion Walking Prayer (2018-20) serve as precious intellectual reliquaries whereby Black knowledge is restored and reconstituted as monuments to the truth of the Black archive and the importance of Black identity in the pursuit of world knowledge.

For Walking Prayer, Gates utilized a wide-ranging historical collection of published books on Black experience, rebinding them in black and embossing the spines with language to constitute one long poem or performative score that moves among many modes of address—inchoate, enunciative, interrogatory. Arranged in an original cast-iron Carnegie open-access library shelving unit, a modular design that helped revolutionize modern libraries, Walking Prayer invites the viewer to engage in Gates’s poetic invocation where reading becomes a processional act and the gallery transforms into a latent warehouse of emotional and spiritual devices. A single Leslie speaker amplifies a single chord from a Hammond B organ—a pairing synonymous with Black church gospel and jazz—in a minimal sound loop, building to a crescendo to further sacralize the space.

Gates is the recipient of international honors including the Artes Mundi Prize (2015), the Kurt Schwitters Prize (2017), the Nasher Prize (2018), and the Crystal Award (2020). He was artist-in-residence at the Getty Research Institute, Los Angeles, in 2018–19 and is currently distinguished visiting artist and director of artist initiatives at the Lunder Institute for American Art, Colby College Museum of Art, Waterville, Maine. Gates is a professor at the University of Chicago in the Department of Visual Arts and the Harris School of Public Policy.