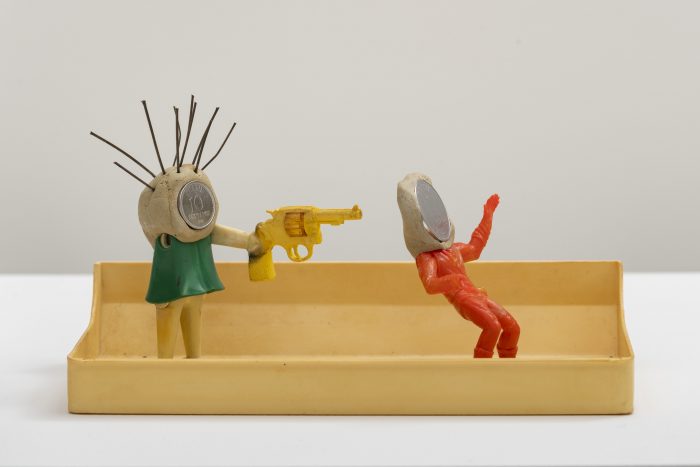 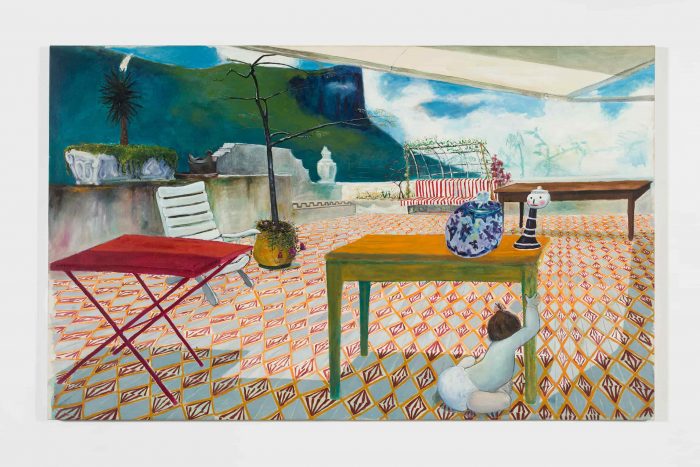 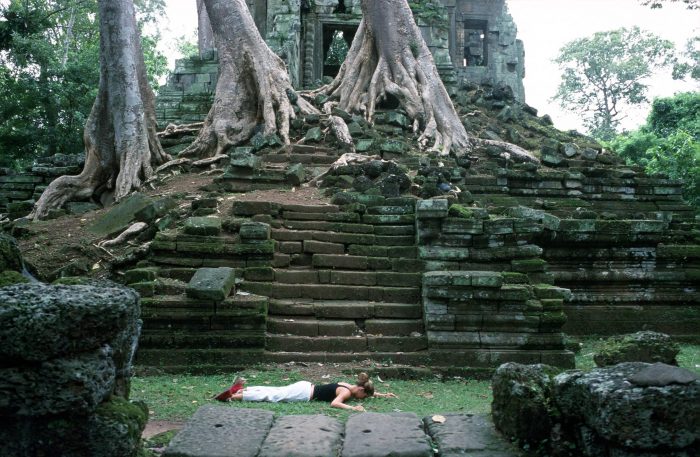 On Instagram the jargon #tbt–acronym for Throwback Thursday–is used to caption images from sometime in the past, whether distant or recent. The exhibition draws upon this time shift as a motif to gather artworks from the 80s to the beginning of the 2000s, all prior to the appearance of Instagram and, in many cases, even to that of the internet itself.

As the digital era has influenced the way we relate to art, the urge to look back on certain artistic practices opens up new–and at times unlikely–readings. Investigating the development of an artist’s lexicon turns out to be an intriguing experience: we either stumble upon issues and elements that have been constants and not changed much in time, or we are surprised by changes of course, identifying vocabulary disruptions or meaningful shifts in supports, themes, etc.

Some of the earliest works by artists connected to the infamous Geração 80 (Brazilian 80s Generation) are among the seasoned pieces in the show. From figurative paintings by Adriana Varejão and Luiz Zerbini to the sculptural experiments of Barrão, Carlos Bevilacqua, and Ernesto Neto, to the flirtation with painting and the object displayed in pieces by Beatriz Milhazes and Leda Catunda.

Within the set of works from the 90s, Jac Leirner and Janaina Tschäpe seem to share an interest in rigor and repetition. On the one hand, Leirner developed a systemic accumulation of small white sheets of paper transmuted into a Ghost. On the other hand, Tschäpe and her series of photos that simulate “little deaths” (or orgasms, considering the meaning of French expression la petit mort) in various locations on the planet. Within the same exhibition space, Iran do Espírito Santo revisits the coins that were part of his installation for the Brazilian Pavilion at the 1999 Venice Biennale. Moreover, a sculpture from the series Intimates by Valeska Soares occupies the front room, suspended by long copper wires.

Among the works produced in the early 2000s, are Efrain Almeida’s watercolors and small-format paintings by Erika Verzutti and Lucia Laguna. These pieces hold elements that will later appear in other media and formats, whether in Laguna’s larger paintings or within the vast sculptural productions of both Verzutti and Almeida. Completing this section is a photo by Mauro Restiffe that lies on the table of Carpintaria’s entrance. The image is part of the artist’s iconic series recording ex-president Lula’s induction ceremony for his first term in 2003.

Borrowing from the mechanics of the social network feed, the exhibition will be renewed on specific Thursdays as new pieces come in and out for the duration of the show, which will also include works by other artists, such as Nuno Ramos, Rivane Neuenschwander, and Sara Ramo, among others.

If nowadays art goes through a kind of “participation crisis”, many times seeming destined to function as mere background to social media selfies, the urge to look back–under a current perspective–turns out to be an indispensable and fundamental exercise. After all, without a yesterday there’s no tomorrow, or according to Canadian theorist Marshall McLuhan: “We look at the present through a rear-view mirror, we march backwards into the future” [1].