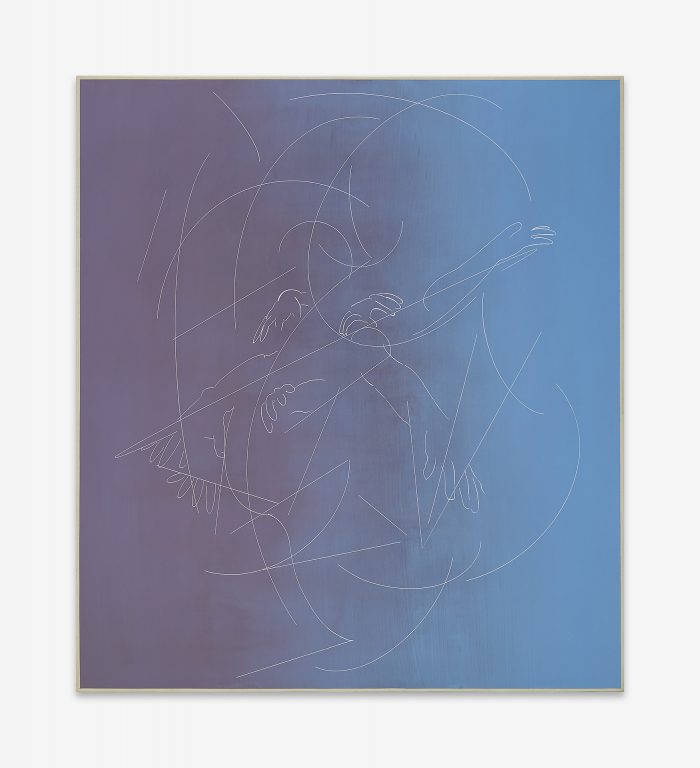 For this show, Leo Marz has prepared a new body of work that oscillates between the limits of the symbolic, the imaginary and the real.

This project fits into the artist’s constant search for recognizing the events that allow us to perceive the passage of time and its effects in a world affected by the era of technological revolution.

In the exhibition, both social and physical space are considered as ambiences that break perspective, scale and time. In it, a group of paintings, psychic landscapes, vignettes or scenes live within an installation designed for a constant but subtle (sometimes imperceptible) state of transition.

Marz’s imaginary is plagued with bodies. With objects that cannot be located. Certain subjects that become something else when located. It is possible to recognize the digital origin as a reference on their faces. The shinning gradient of their screens that, just as the paint itself, traverses them. The quantic scale of their images in their eyes. Big and small, far and near, are redefined inside the world they have generated in their cellphones.

The works propose scenes or daily landscapes that perhaps, superficially, belong to a stream of universal connections and interactions. A series of massive windows to globalization. However, for the good observer, their protagonists coexist in a constant and progressive state of isolation. It takes one to know one.