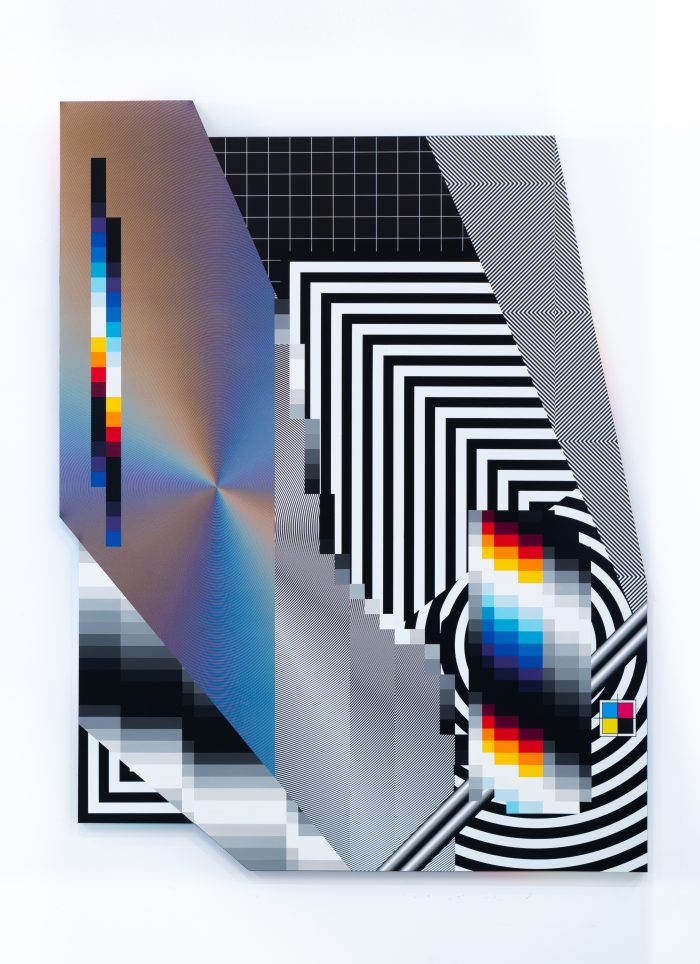 Galería RGR is honored to present Big Time Data by Felipe Pantone, an immersive exhibition where the artist will intervene the gallery space, in addition to exhibiting part of his most recent creations, belonging to series such as: Optichromie, Planned Iridescence, Subtractive Variability, Integration System and Chromadynamica.

The title of the exhibition Big Time Data refers to a field of knowledge that deals with ways of analyzing information or dealing with data sets that are too complex to be handled by traditional data processing software. Felipe Pantone’s work, instead of trying to translate and limit the subtext of the unlimited, uses graphic representation—of the same language— as a starting point to reflect on the ways in which digital technology has changed the way we interact with the world.

The artist has used the investigations of the great masters of optical and kinetic art to create his own visuality that illustrates the walls of different cities in the world; conforming thus the production of a universal language composed of digital signs, luminescences and color ranges. Some of the public works that stand out are: its murals commissioned by the Palais de Tokyo in Paris, France; the mural produced for Lisbonweek in Lisbon, Portugal; the mural that covers the facade of the Daelim Museum in Seoul, South Korea; the mural made for the Albright-Knox Art Gallery in Buffalo, USA; its most recent mural composed of mosaics fro the

Universidad Politécnica de Valencia, Spain; or the murals made for two of the buildings of the Tecnológico de Monterrey in Mexico.

In addition, Galería RGR will present the work of Pantone in ZsONA MACO in its main booth, accompanied by the work of several masters of cinetic art masters such as Julio Le Parc, Jesús Soto, Carlos Cruz-Diez; as well as the work of other relevant figures of the international contemporary scene such as Jeppe Hein, Elias Crespin, Ding Yi, among others. Also, at ZsONA MACO, the artist will have a solo show in the new FORUM section, curated by Anna Goetz.