1 In middle school and in high school Our teachers used to tell us That not very long after the arrival Of the Spanish conquistadors to the island They were attacked by an army Of Taíno indians, disgusted and tired Of the misdeeds and abuse The spaniards committed daily. In spite of this, they […] 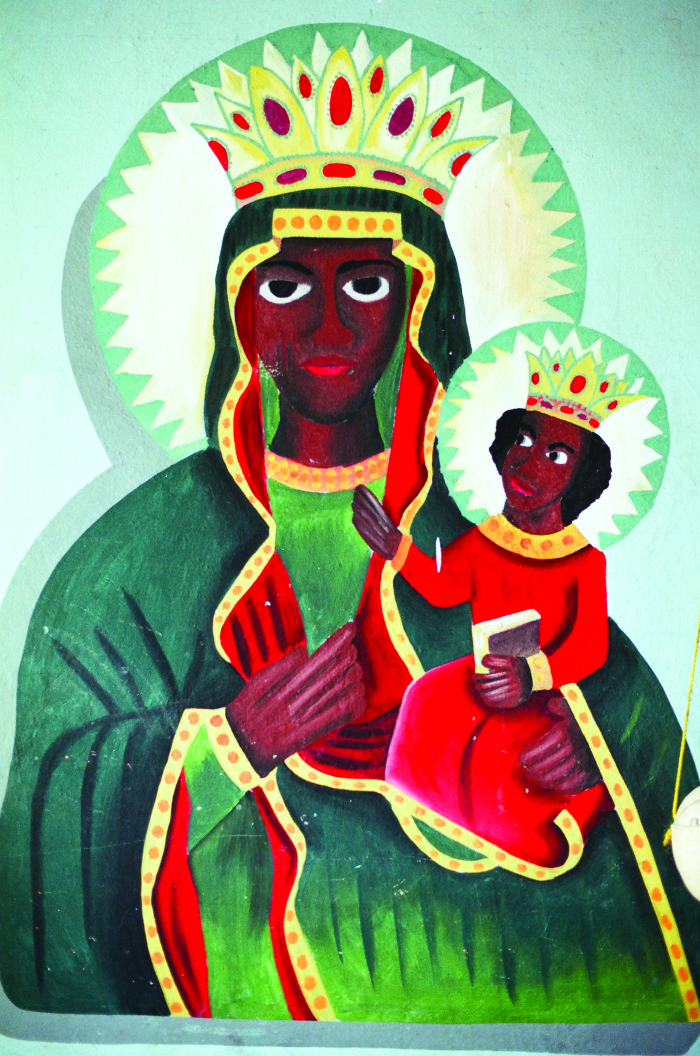 In middle school and in high school
Our teachers used to tell us
That not very long after the arrival
Of the Spanish conquistadors to the island
They were attacked by an army
Of Taíno indians, disgusted and tired
Of the misdeeds and abuse
The spaniards committed daily.
In spite of this, they could not cause
many casualties because in the midst of battle
Our Lady of Mercy appeared
like Athena in the Iliad
Helping the conquistadors
beat and submit the Taínos.

We know that history is written
by the victors and that it’s plagued
Of inconsistencies and can even
be interpreted to our convenience
as that little nun in the Parish of Santo Cerro
when asked about what happened
she confessed that the Virgin deep down
was on the side of the poor Indians. 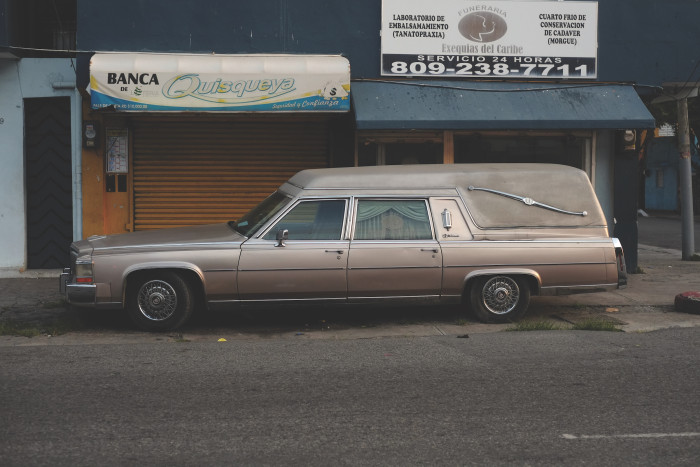 Nearly ten years have past
and those who got tattoos back then
today kneel in the churches
asking Jesus to erase them.

In street corners
those who announce the end of the world
are dumbfounded by
the madman who traces circles
in the neighborhood like a philosopher.

Is he explaining the theory
of eternal return with his travels?
Does he not remind you of the Obscure of Ephesu
with his ratty clothes and lost eyes?

The astrologer says that nightmares
are movie trailers of things to come.
They knock on your door and when
you open it, it’s the stripper
who is now a Jehovah’s Witness.
Here everything has lost its magic.
those blazes
that at night you thought
were UFOs turned out to be drones. 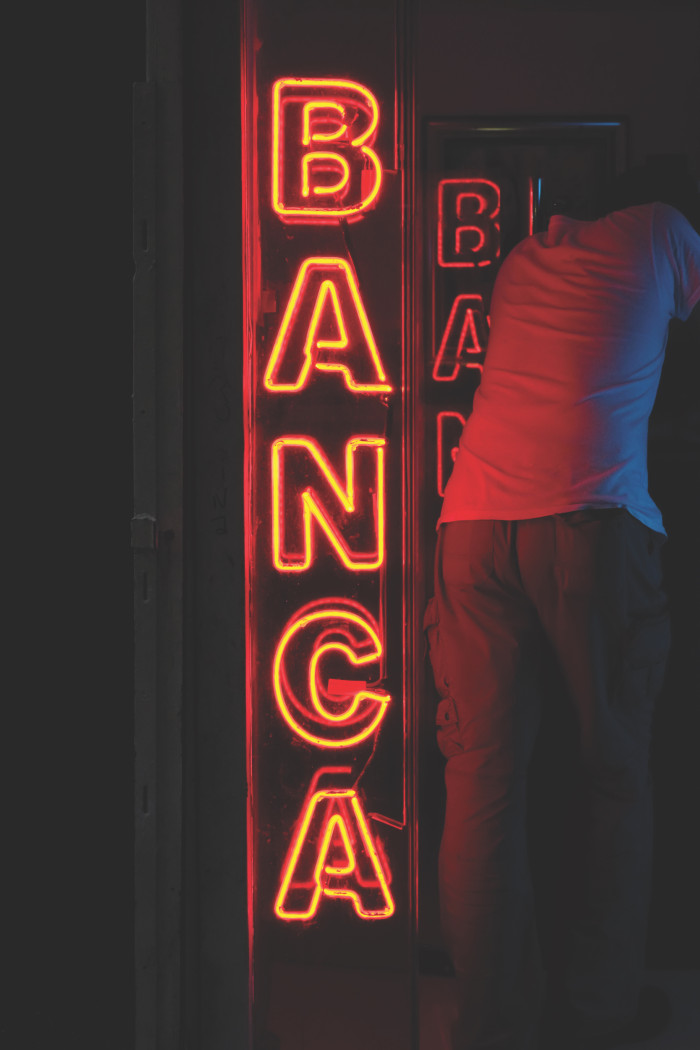 Nostradamus fucked up my adolescence.
Or maybe it was because of Orson Welles
who narrated this documentary about
the prophecies of Nostradamus
where he appeared very smugly smoking
in an office while announcing
disaster after disaster.

The man who saw tomorrow,
It’s the title of the documentary.
I was eight the first time I saw it
and by the end I calculated that
in the year two thousand,
which is when he announced
that the world would end–
I would be barely 22.
Of course, time passed and I realized
everything was a farce
and that the predictions were not
more than propaganda
especially that one about the end of the

world in the year two thousand
although I must admit that Y2K
made me shiver and I remember I didn’t
celebrate the new year until I was sure
that no international power
would be launching their missiles. 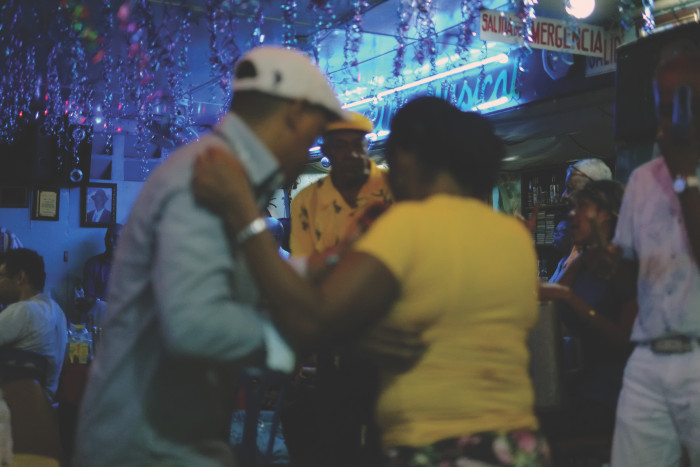 And no country in the Caribbean
appears on Nostradamus’ predictions,
although in reality I have never dared
to read his books or find out
anything beyond what
Orson Welles talked about in the documentary
which, incidentally,
they put on Dominican television
every Good Friday.

Nostradamus not only fucked me
but my whole generation.
And the proof is in the proliferation
of betting parlors.

The other day on the news
I saw a motorcade
Heading for the Loma del Chivo,
that according to a fat and charismatic

Pastor like Orson Welles
will be the last bastion left on the planet
When the apocalypse comes.

The interview lasted several minutes
as if there was a possibility
the apocalypse would finally arrive
and they could transmit it live
but I had no more patience
and I changed the channel. 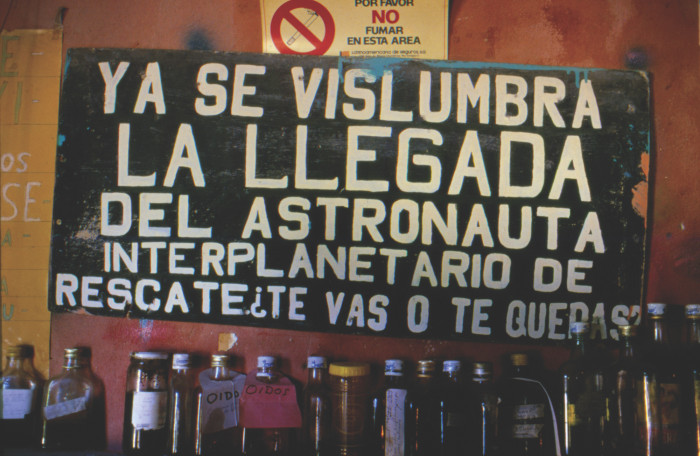 The end of the world arrived in my neighborhood
without it mattering to anyone.
My parents put on CNN
and waited for the breaking news.
The liquor stores and cyber cafés
stayed open late.
No one understood the signs.
Even the woman who saw the silhouette
of the Virgin of Altagracia
in the front windshield of her SUV
drove to the car wash to scrub it off.
No one noticed that the white horse

dragging a cart of oranges 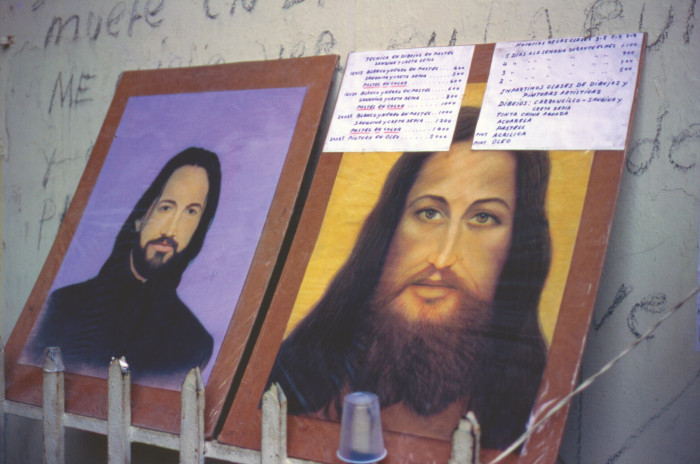 Motels and bingo halls were packed.
The evangelical women with their pamphlets
had announced the end so much
they went to bed early.
The telephone lines weren’t cut,
nor the water or the light.
No one witnessed the stars falling from the sky.
As the archangel Michael sounded the trumpet
the Yankees game
was going into the eighth inning.

The Skin of Things: Looking at The Menil Collection in Houston