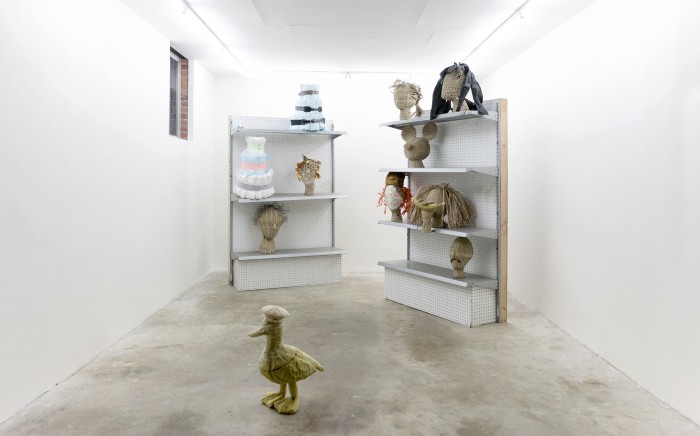 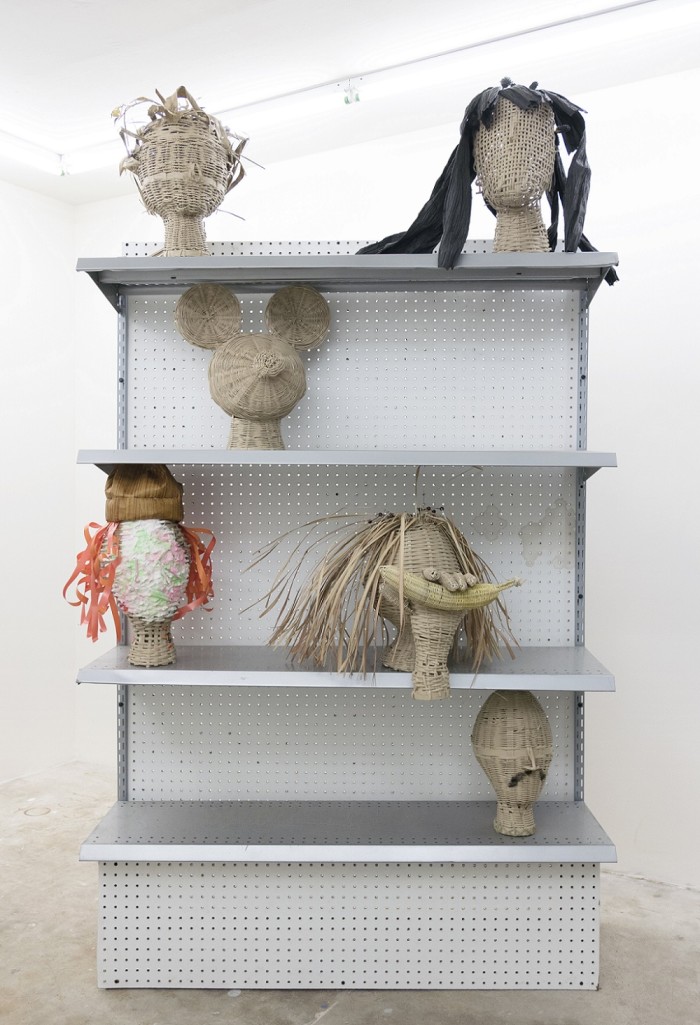 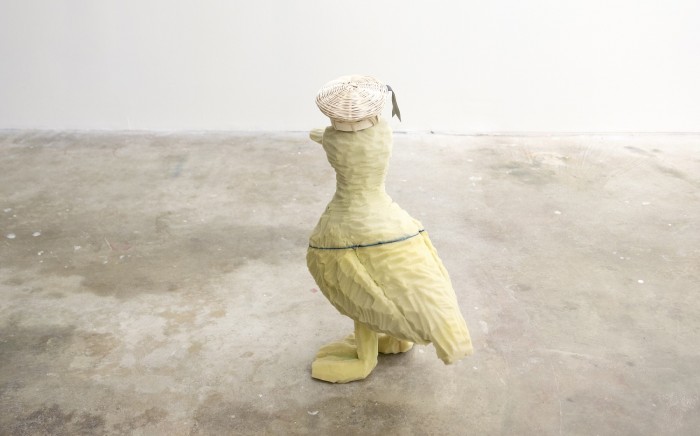 A matter-of-factness sits on the storeroom shelves: a series of wicker woven busts of friends in Dylan Spaysky’s current milieu; each portrait with individualizing facial and cranial details. These substantial visible traits dovetail with an unassuming exploration of commonness shaped through idiosyncrasy. The basekt-weavings and foam carvings in Wicker and Diapers take a hobbyist’s approach to the endeavor of sculpture-making and the works magnanimity and craft —by dint of its materials, content, and genuineness— preserve, in a way, a balance between the individual and group. Like the Hopi people, in Spaysky’s practice there is value for giving which fosters community. Sumi’nangwa and Nami’nagwa which mean “to live with mutual concern toward one another.” This way of life is inspired. It is an important generator of hope and sharing that has a social impact which can resolutely address the dubious constructs of a post-truth epoch.