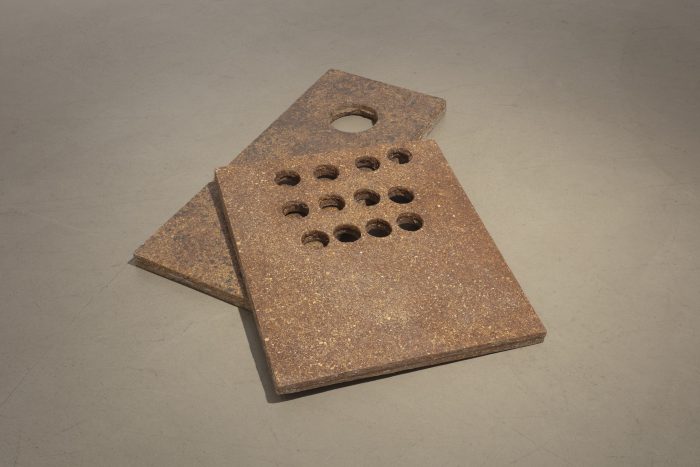 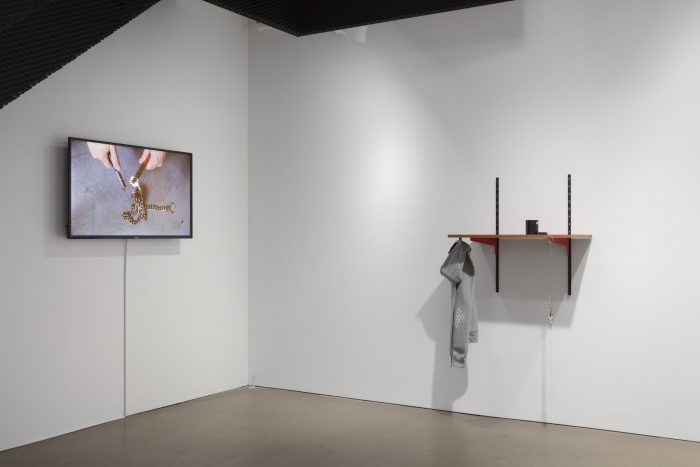 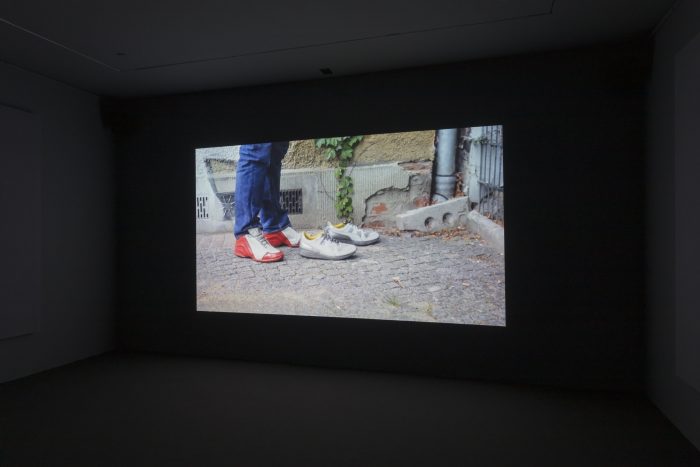 Alexander and Bonin is pleased to announce the fourth iteration of Tandem, a project curated by Luiza Teixeira de Freitas. Tandem consists of a series of five exhibitions presented over 2019 that run parallel to the gallery program, each one a dialogue between two distinct artistic practices.

Sofia Hultén’s sculptures and videos are speculative investigations into the histories of everyday objects. In One Way or Another, Hultén takes on the watchful eye of the detective. Installed on the gallery wall are a monitor and a wooden shelf containing a broken cup, stained hoody, and bent set of keys. A series of reenactments plays on the screen, revealing the ways, often absurd, that each item came to its current state. These potential histories of seemingly mundane things underscore the artist’s subtle investigation of causality and chance. Truckin’, on view in the video gallery, focuses on a single class of objects: used sneakers left on the street. The artist’s face is almost entirely out of view as she wanders Berlin, continually exchanging her current pair of sneakers for new ones she finds. Hultén is careful to place her old sneakers in the same position as the ones she encounters, leaving the scene almost undisturbed. A similar logic imbues Particle Boredom VIII and XI; in this series, the artist finds particle boards on the street, grinds them up, and recasts them in resin in their original shapes. Hultén lives and works in Berlin and has had recent solo exhibitions at Museum Tinguely, Basel and Ikon Gallery, Birmingham.

The sixteen drawings by José Antonio Suárez Londoño all share the same fundamental attributes, consisting of a sheet of paper with a small drawing in the center and a unique stamp at the bottom. The artist has described his practice as “always doing the same thing, always doing it differently”. Inside of these meticulously set bounds Suárez Londoño reveals his idiosyncratic visual language. Reminiscent of alchemical texts, scientific diagrams and cryptographic tomes, these miniature works are richly embellished, with a distinct texture and sensibility. Much of this emerges from the artist’s process: he makes lists of creatures, shapes, texts and forms, cuts them up, and places them in bags from which he then randomly selects. Chance then emerges as a central figure in Suárez Londoño’s practice, unveiling strangely profound combinations of figures, symbols and text. Suárez Londoño lives and works in Medellín and has had solo exhibitions at The Drawing Center, New York and La Casa Encendida, Madrid.

La Bienal en Resistencia: We need new ways of constructing, because it’s worth it