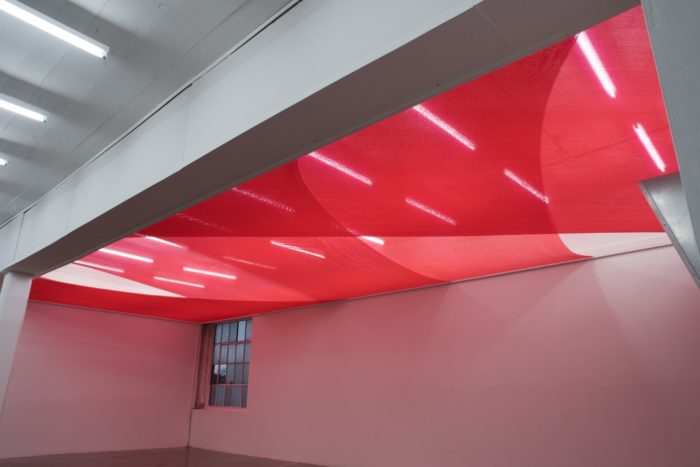 In her most recent works, Kapwani Kiwanga appears like a scientist, mobilizing her knowledge in social sciences to develop research projects. Following a singular methodology, she creates specific protocols she uses like filters to observe specificities and capacity to change of cultures; the result can take the form of installations, videos or happenings.

Kapwani Kiwanga studied anthropology and comparative religion at McGill University (Montreal, CA). She has followed the program “La Seine” at the Ecole Nationale Supérieure des Beaux-Arts de Paris, and also works at Le Fresnoy (a French national center for contemporary art). She was artist in residence at the MU Foundation in Eindhoven (NL) and at the Box in Bourges (FR). Kapwani Kiwanga’s works have been already exhibited in Centre Georges Pompidou (FR), the Glasgow Center of Contemporary Art (UK), the Museum of Modern art de Dublin (IE), the Bienal Internacional de Arte Contemporáneo de Almeria (ES), Salt Beyoglu in Istanbul (TK), the South London Gallery (UK), the Jeu de Paume in Paris (FR), the Kassel Documentary Film Festival (DE), the Kaleidoscope Arena Rome (IT) and at Paris Photo (FR). Kapwani Kiwanga has been nominated as a commissioned artist by The Armory Show, where a solo show is devoted to her work in 2016. Twice nominated for BAFTA, her movies have been rewarded in several international festivals. 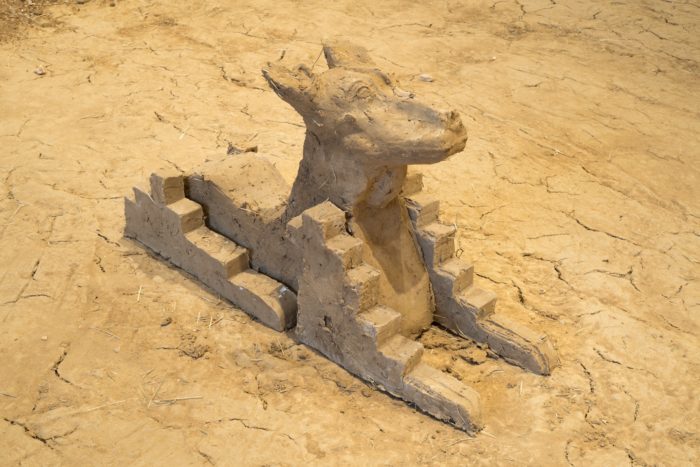 With Land is a meditation on the ways our bodies and land are targets of white supremacy and its violence—systemically oppressed, exploited, stolen, seized, sold, occupied, owned, divided—and how to, within this matrix of consequences of colonization, be with land as a cultural steward that struggles, loses, thrives, and is resilient.  With Land is a space of reflection and a monument to the insurmountable loss and resilience of Brown life.

Rafa Esparza is a multidisciplinary artist who was born, raised, and is currently living in Los Angeles. Woven into Esparza’s bodies of work are his interest in history, personal narratives, and kinship. He is inspired by his own relationship to colonization and the disrupted genealogies that come forth as a result. Using live performance as his main form of inquiry, Esparza employs site-specificity, materiality, memory and (non)documentation as primary tools to interrogate and critique ideologies, power structures and binaries that problematize the “survival” process of historicized narratives and the environments wherein people are left to navigate and socialize. Esparza has performed in a variety of spaces including AIDS Project Los Angeles, Highways Performance Space, REDCAT, Human Resources, SOMArts, Vincent Price Museum, LACE and various public sites throughout Los Angeles. He is a recipient of an Emerging Artist 2014 California Community Foundation Fellowship for Visual Arts, a 2014 Art Matters grantee, and a 2015 recipient of a Rema Hort Mann Foundation Emerging Artist Grant. Esparza was recently part of 2016 Made in L.A. Biennial at the Hammer Museum and the 2017 Whitney Biennial. 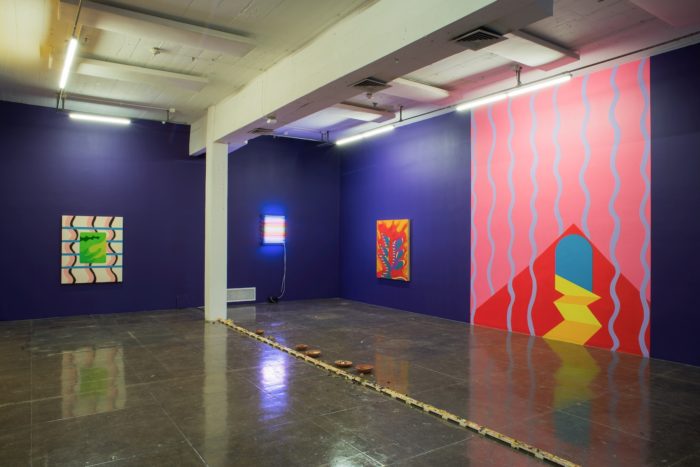 Over the last six years, Carlos Rosales-Silva has been studying the symbolism of color. He studies painted storefronts in Mexicano and Latinx neighborhoods, community murals, and the painted interiors of Mexican-American homes and businesses and the objects inside. For him, it is through these physical and ephemeral gestures, that we create our own universes to inhabit—spaces that are necessary for survival.

Carlos Rosales-Silva was born in El Paso, Texas and has lived throughout Texas. He graduated from the University of Texas at Austin but considers oral histories from Mexican and Indigenous peoples, post-colonial historical texts, and spaces that are safe and inclusive for people of color the foundation and central cosmology of his work. His most recent output reclaims the colors and forms that have long been (ab)used to create oppressive stereotypes of Mexican and Indigenous peoples. Draining direct references, symbols, and figures allow him to study the color and form of his identity while withholding easily exploitable imagery. Rosales-Silva’s central intellectual and artistic project is de-centering his white, hetero, Euro-centric western education. He has exhibited throughout Texas, and in Los Angeles, Miami, Minneapolis, Chicago, Kansas City, and Brooklyn and was most recently an artist in residence at Pioneer Works in Brooklyn, NY.

TAGS: Artpace Carlos Rosales-Silva Espacio Doméstico Kapwani Kiwanga May 2018 Rafa Esparza ring the bells that still can ring... there is a crack in everything Risa Puleo San Antonio Texas USA With Land