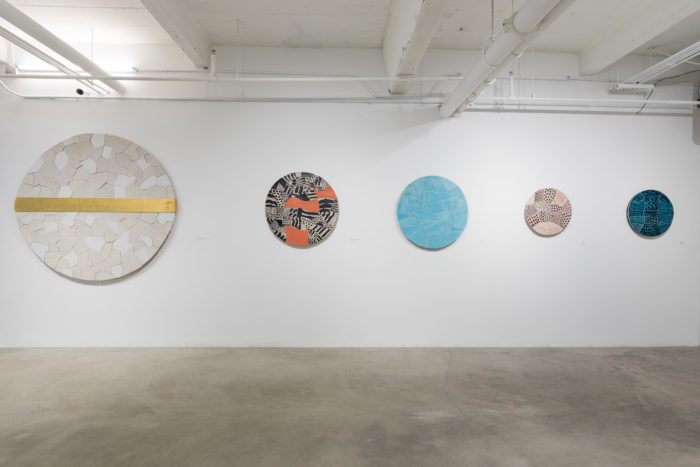 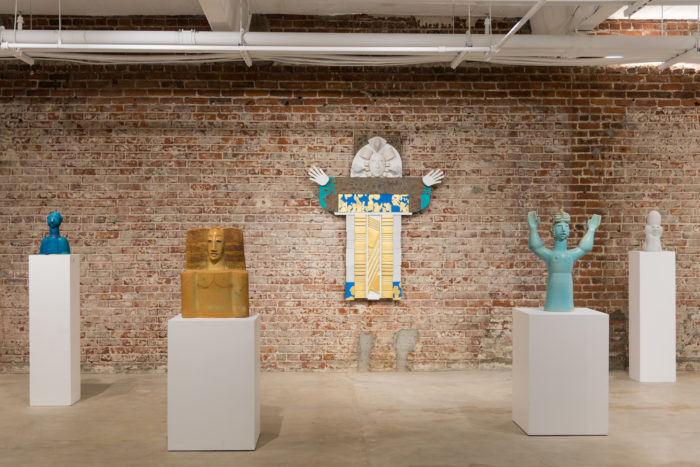 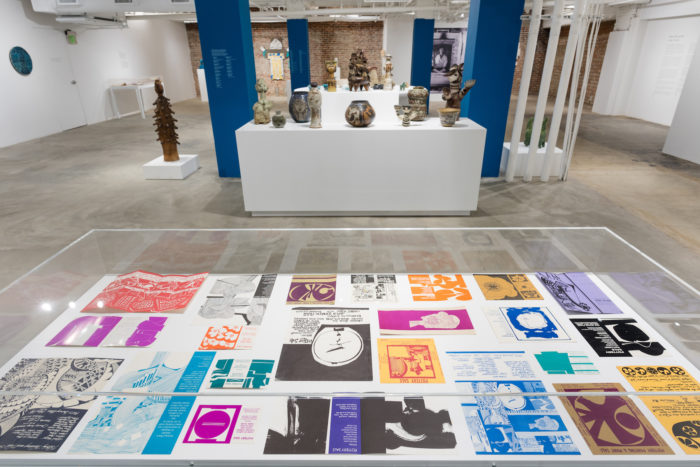 De Larios grew up in Boyle Heights and graduated from the University of Southern California with a bachelor of fine arts in ceramics and a minor in sculpture in 1957, a time when women, people of color, and ceramic artists were not highly visible in the art world. She operated outside of the gallery system by necessity, carving space for her and her work by starting Irving Place Studio, an independent studio practice, and through large-scale commissions in California, Hawaii, Tahiti, and Japan. Her identity as a Mexican-American woman in a male-dominated art world is deeply reflected in her concentration on and forefronting of the feminine form. De Larios’s work is also connected to Mexico, her ancestral home and a country she visited often as a child, and to Africa, Asia, and other places she has spent time in outside of her lifelong home of Los Angeles. Her ceramics often transcend earthly forms—mythological, goddess-like figures are frequent, and unplaceable, yet familiar animals are common in her works.

“We are delighted to bring the worlds of Dora De Larios to The Main. Not only is her work otherworldly and sublime, but I truly believe Dora herself is one of the city’s greatest treasures,” said Allison Agsten, director of The Main. “To be able to welcome the public to our new mezzanine gallery with an exhibition of works by one of Los Angeles’s leading ceramists is a dream come true.”

In advance of Dora De Larios: Other Worlds, the artist was commissioned by The Main to create a large-scale permanent concrete work on the sidewalk in front of the museum. The piece will be produced in the distinct style of De Larios’s ceramic works translated into concrete. The design will include carvings of rolling clouds and the sun. Mandalas, or circles, are key motifs in De Larios’s work, alluding to her vivid first experience seeing the Aztec calendar as a child visiting Mexico City with her parents. Fabrication and construction of the work will begin later this year.

Dora De Larios: Other Worlds is organized by Allison Agsten, director of The Main, with Monica Rodriguez, curatorial associate.