Artist Anna Costa e Silva arrived to Ubisoft’s Winnipeg office in Canada this past June to spend the summer as an artist in residence, collaborating with Ubisoft employees to expand her performance and media arts practice. Anna’s research and artwork from the residency continues her practice in relational aesthetics and engages with the post-human, artificial intelligence, emotion, connection, and dreams.

Mariana Muñoz Gomez (MMG): What are the main themes you’ve been working with during this residency through Ubisoft x Terremoto, and how do you hope your work may turn out? 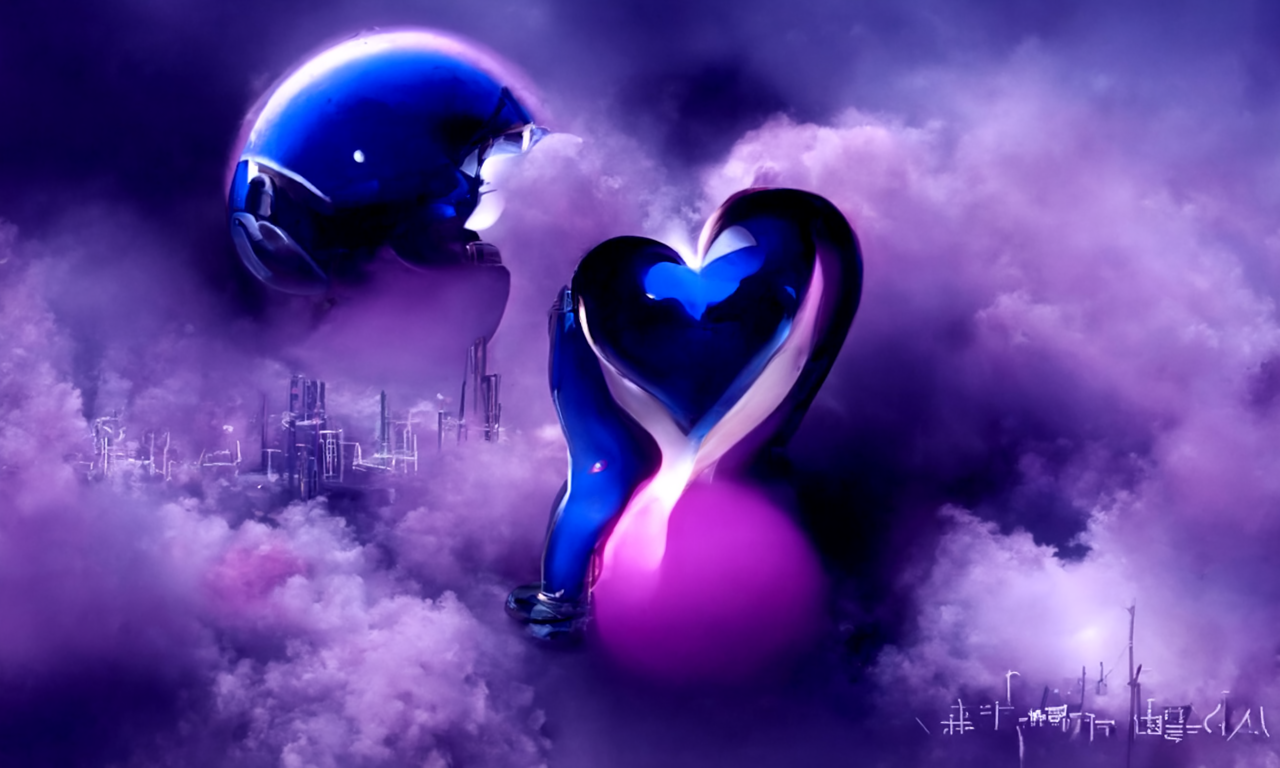 Anna Costa e Silva (ACS): It’s curious to think about where exactly a project starts. In 2018, a fascist president was elected in Brazil and these elections were very brutal. We knew that our lives were going to be impacted and changed. I noticed that my dreams started being about collective issues rather than my own private issues, as if my dreams had been kidnapped. I started to dream about dystopian futures and things that would change the way society relates to each other. 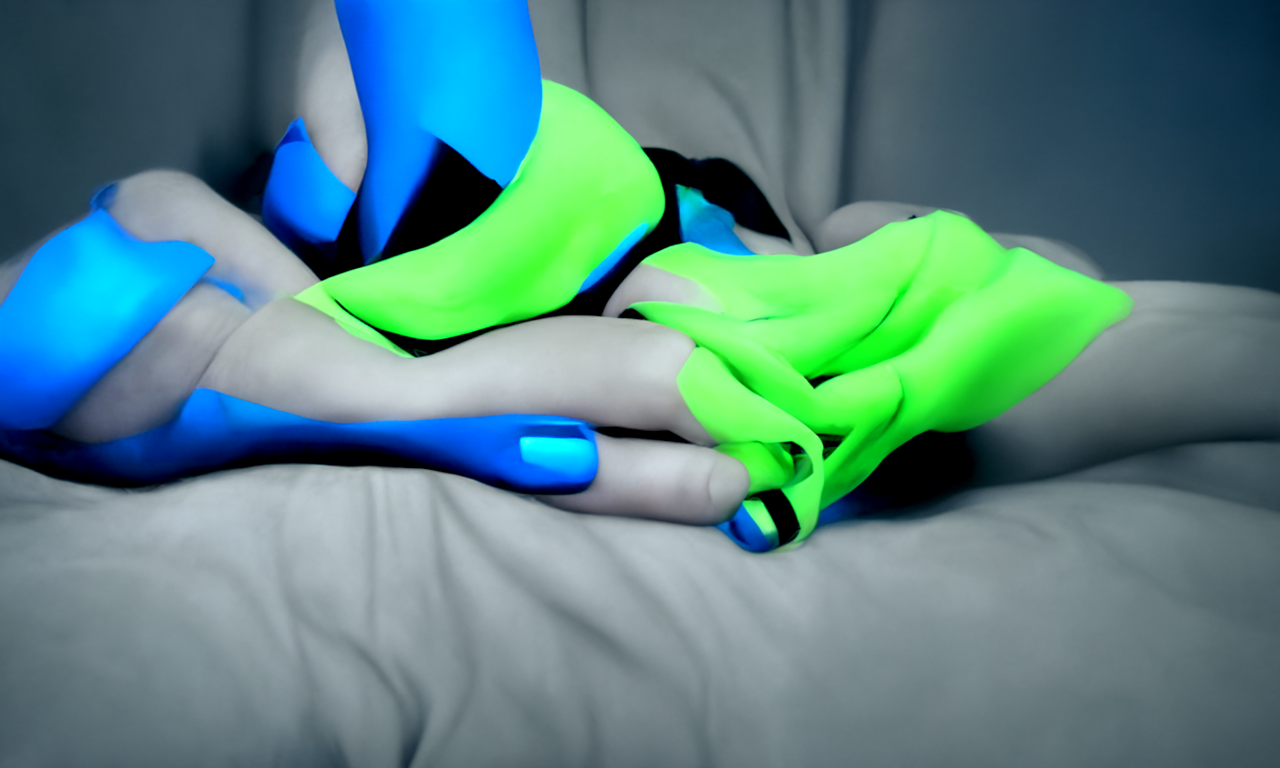 I feel very connected to dreams, I study them a lot. I decided to do an open call at that time to get to know if other people were also having dreams that were connected to the political situation. The dreams people shared with me reflected a collective idea of dystopia that was somewhere in our unconscious, mixing personal narratives with political ones in a way I had never seen before. This project resulted in And the buildings were growing taller, and I could not see what was behind, first presented at Pivô in São Paulo, 2019.

In one of my dreams, I was doing a course about the future to learn how to live in a world where relationships were extinguished—a personal and relational dystopia. In this dream, love and affection were deemed too violent or dangerous, and would get in the way of ultra productivity. The world in the dream decided that we don’t need relationships, affection, or care for each other; instead it was about being very productive and living many individual experiences, receiving instant gratification, but without creating any bonds. I decided I wanted to further explore some topics that were implied in this dream such as narcissism, neo liberal subjectivity, loneliness and the search for human connection. 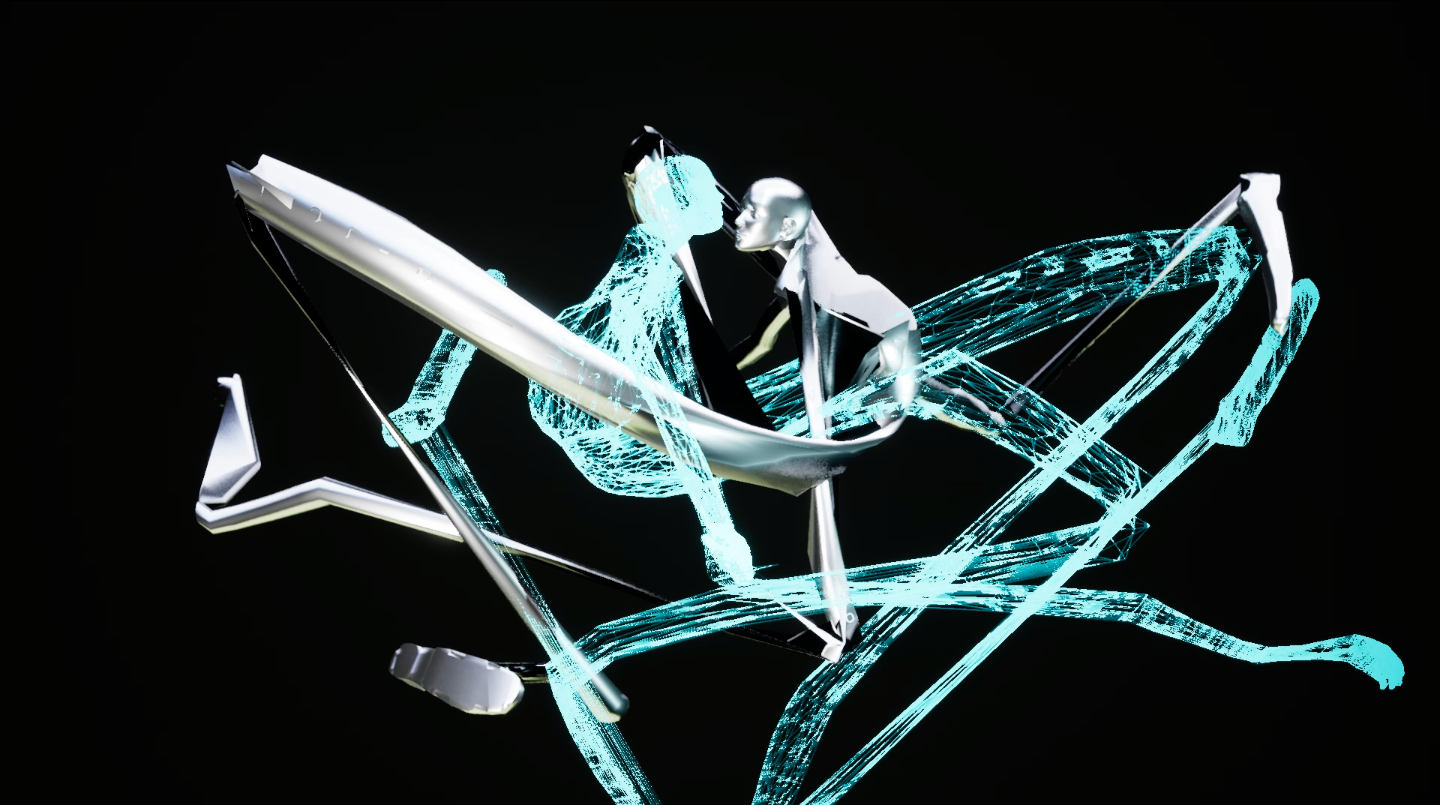 I applied with this project to the Ubisoft x Terremoto residency thinking it would be interesting to work with a gaming and entertainment company on these topics, in a context very different from my other projects. I was interested in working with people who are creating worlds, defining rules in these worlds and also, somehow, shaping the player’s subjectivity through these games. Video games are often played alone while people are relating to a screen. On the other hand, these games are created by teams of people. 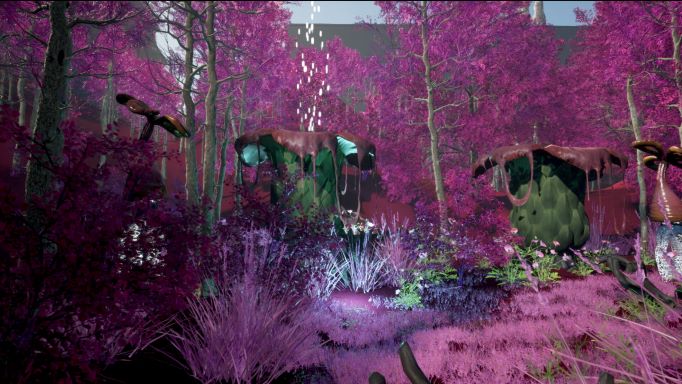 When I got to Ubisoft, I posted an open call to listen to the employees’ dreams. I was interested in what programmers and game designers—“world creators”—were dreaming and how these could connect to my original dream. We had one-on-one conversations in meeting rooms at Ubisoft—very different than going to a person’s house, sharing a lot of intimacy,  which I’m used to doing in my projects. It was curious to have these profound conversations at the workplace—these subtle disruptions, which I love. I found a lot of resonance between the dreams that I heard at Ubisoft and the issues I was addressing.

These dreams were the starting point for my collaboration with Ubisoft programmers and designers, as well as continuing a collaboration with a group of Brazilian women performance artists, who I worked with remotely during the residency: Maria Clara Contrucci, Manuela Libmam, Dora Selva, Carolina Luisa Costa, Dani Camara and Elaine Dual. We created animations, digital footage, and materialized some ideas from the dreams. This project will result in a filmic installation, and hopefully a VR piece—we still have an editing process to finish up. 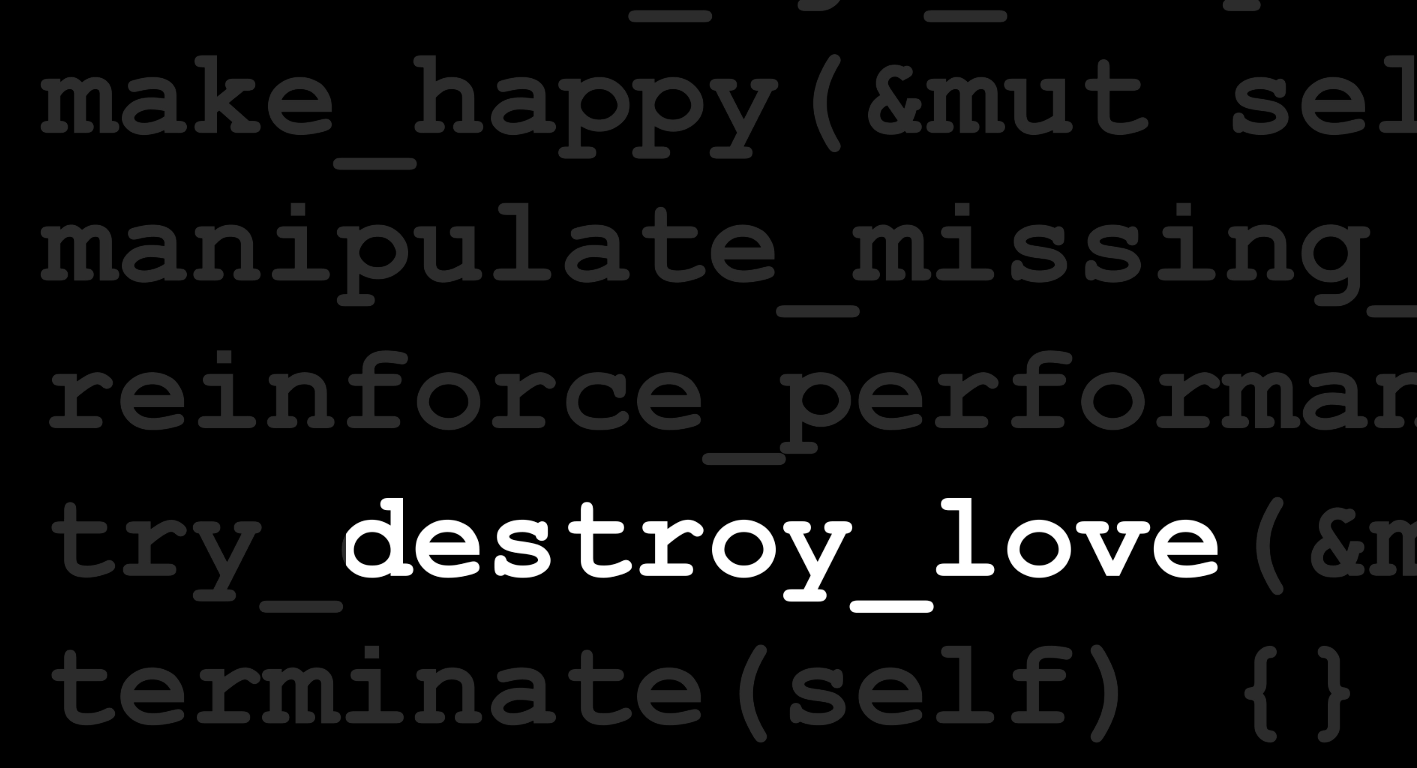 MMG: You mentioned that the Ubisoft project was influenced by your previous project, And the buildings were growing higher, where you connected with people in Brazil. How have you found the project to unfold here in Winnipeg, a new environment? What are some challenges or surprises in how you connected with the Ubisoft employees who participated?

ACS: I was surprised and impressed with how their dreams connected to my course of future dream, and how they seemed to take it further, going into detail of the technological unfolding of this dream world. In one dream, people had become obsolete, and instead of talking with a human therapist, you would go to AI to program your feelings so that you felt what you wanted—very much about relational experiences being replaced by instant gratification. There was also a beautiful dream comparing a relationship to a void; the figure of a relationship being a void that you’re sucked into and trapped in forever by that bond—almost as if this was the love that was trying to be avoided in my dream. It makes sense that these dreams came from people who work with technology to program and create fictional worlds. 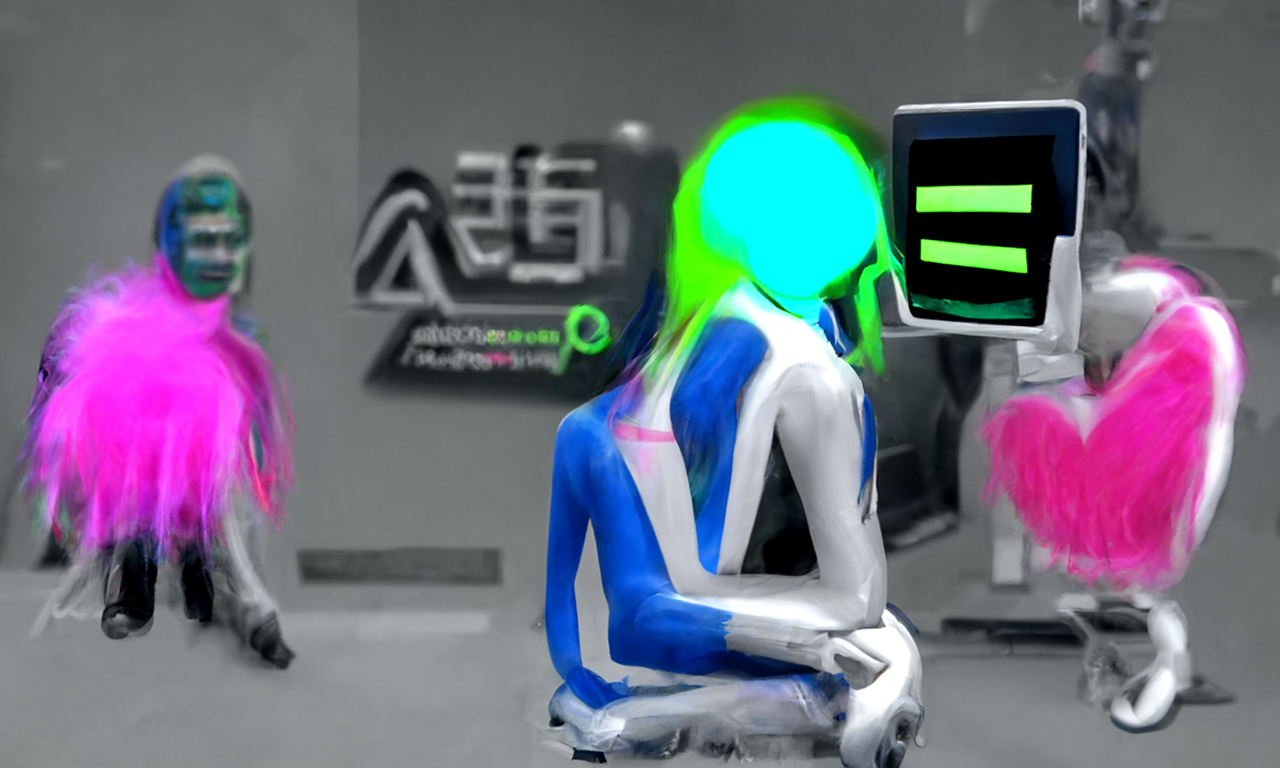 The project also opened up an opportunity for very intimate conversations—not your typical conversations in the workplace. Our conversations touched on themes of loneliness, technology, artificial intelligence, individualism, narcissism, love, and connection, and took my relationships with Ubisoft employees to another level other than our day-to-day.

MMG: Some of your work with Ubisoft references Bolsonaro’s supporters celebrating his use of social media in 2018. What are your thoughts on social media? People can find genuine connections through it, but these platforms also have detrimental effects on our health, exploit users, and play significant roles in spreading misinformation.

ACS: I was very resistant to social media from the beginning. I remember when I saw my friends’ pages on Orkut, back in the day. Everyone’s pages were formatted the same. It was scary to see a catalog of all the people that I knew being portrayed identically although the pictures and texts changed. We’ve talked about Google’s LaMDA case before, the AI they are suspecting is becoming sentient and mimicking human behavior. But what strikes me is thinking the other way around: considering how our behaviors are shaped by big tech companies and by models of relationships that are built for us, and how all our affections are mediated by these companies. I’m scared of this relationship between people and brands on social media; we’ve become brands. The way that we behave in the “real world” is also more and more defined by these new behaviors that were implemented in our system. At what point did I learn how to swipe or have infinite content available to me 24/7? At what point did the cell phone become an extension of my body? How are things changing to the point where a phone call feels invasive to some people—or “too relational”? 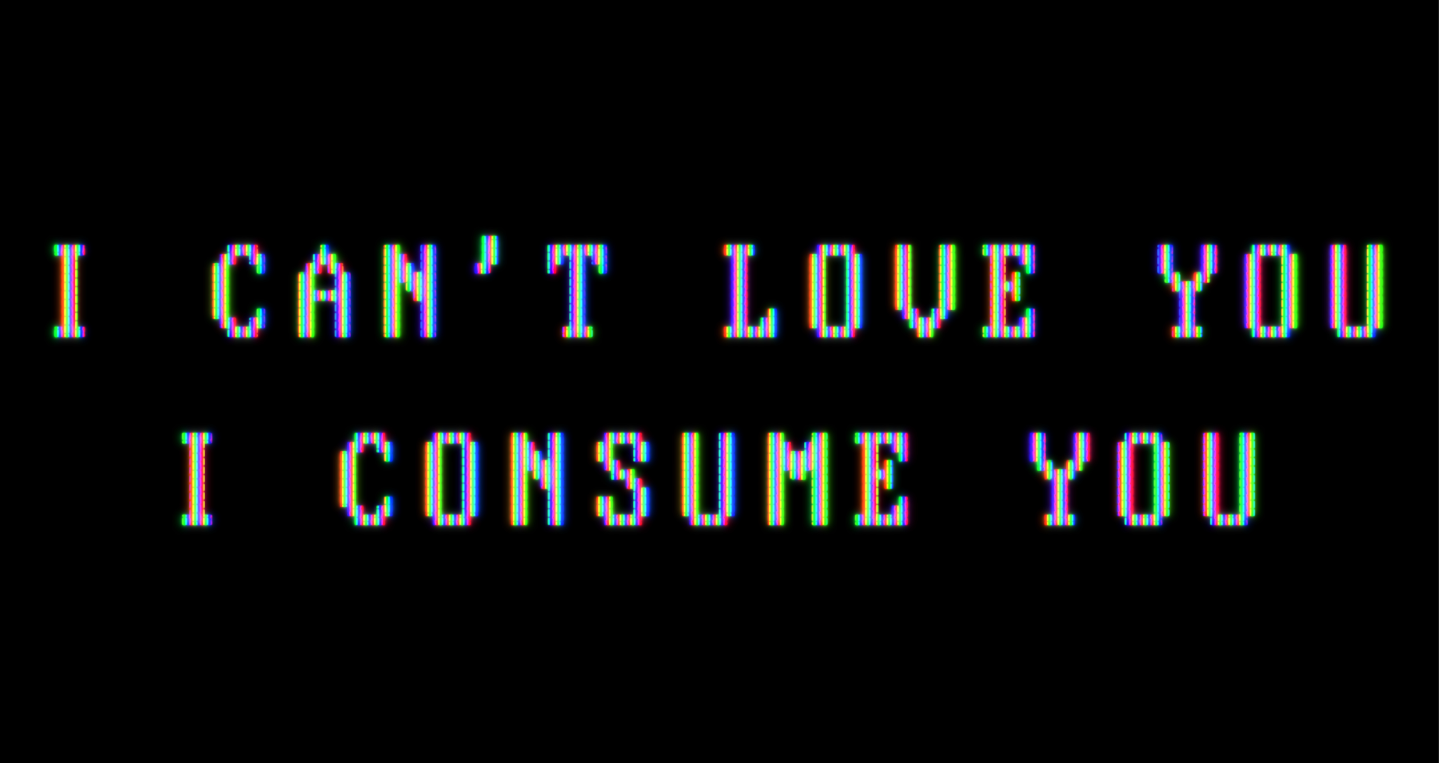 Of course, it’s not black and white. I’m much more interested in the dynamics and what’s at stake than just saying this is good or bad. But there are some things in this dynamic that feel very violent to me and observing these connections in the dystopian future dreams, or thinking about where this might lead us, is also pretty scary.

MMG: You’ve talked about your apprehension to the roles of capitalism and technology taking over our lives. How do you balance this with your desire to involve an optimistic outlook for the future in your project? 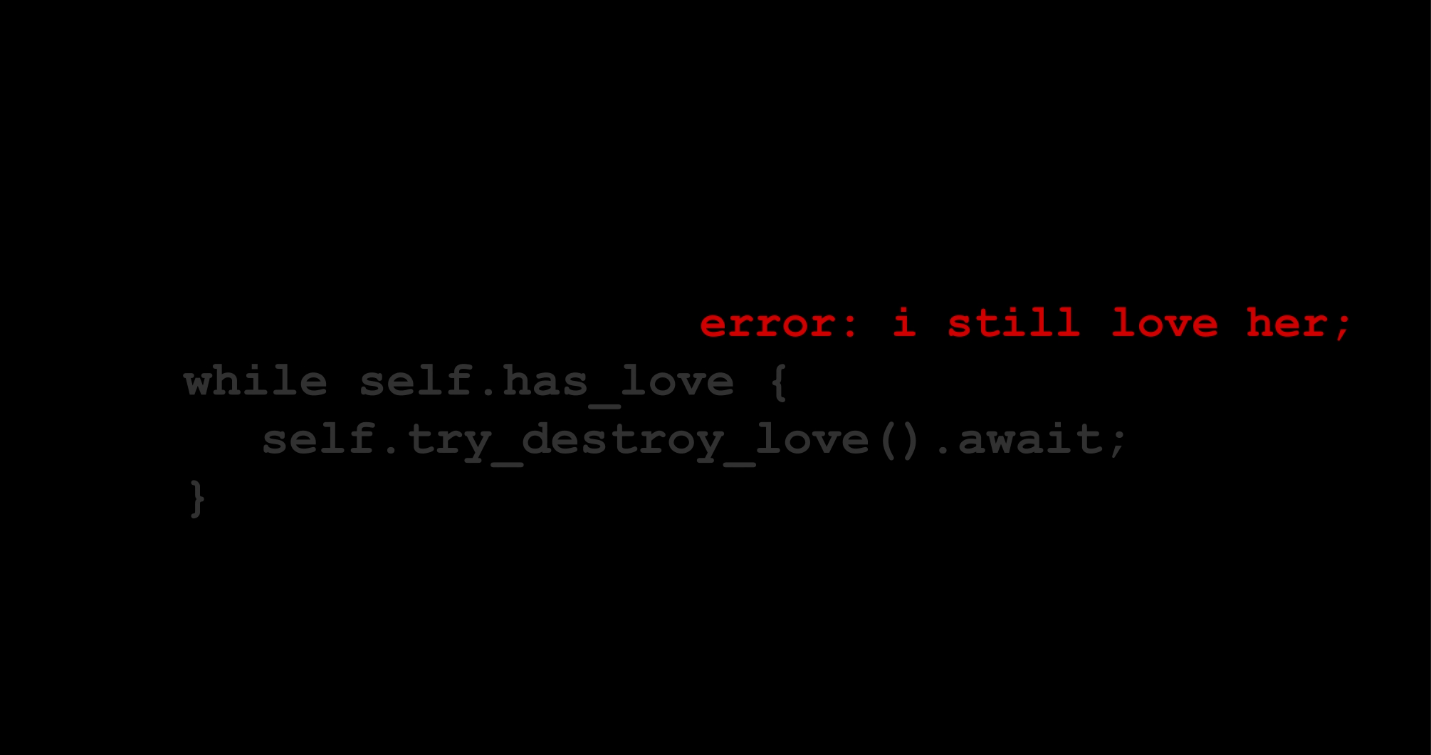 ACS: I think there’s something about the way I’ve approached this that is very relational. The project began with a dream I had, but from that point on it’s been very much about collective experiences: there’s the open call, people develop relationships with me one-on-one, we hold space for intimate conversations, and we collaborate. That in itself takes my isolation and productivity dreams and flips them upside down—it’s about how the collective responds. It’s a project about relationships being extinguished that is born out of new relationships that form.

MMG: I have a question about a word you taught me when we first met: escapulir. (to escape, to slip away) I’m curious if you feel it resonates with this project at Ubisoft. 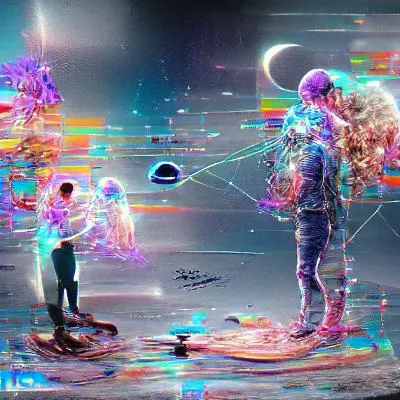 ACS: It was very interesting that you suggested escapulir as a way to look broadly at my practice. It reminds me of another word—I wonder what acaso is in English…it’s not “fate,” maybe “serendipity” or “coincidence.” A curator friend of mine, Guilherme Teixeira, described what I do as orchestrating serendipity, which I find really beautiful. There’s something about serendipity—it’s something that escapole, something very real but you cannot tell exactly what it is. In all my works, this is the thing I’m looking for: something that can’t be controlled, monitored, reduced to a category, or fit into an algorithm—it exists between you and me. This space in between. And I think it is very important to look for these shared experiences in the context we are in. These shared experiences that escapolem.

MMG: When and where can people see what you’ve been working on?

ACS: I’m going to have a solo show with the work from the residency in Rio de Janeiro in February of 2023 at Centro Cultural Helio Oiticica and something coming up in Winnipeg, in February or March of 2023.