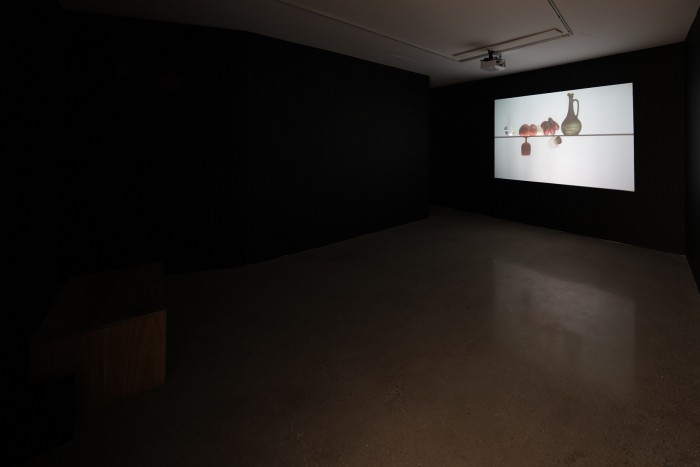 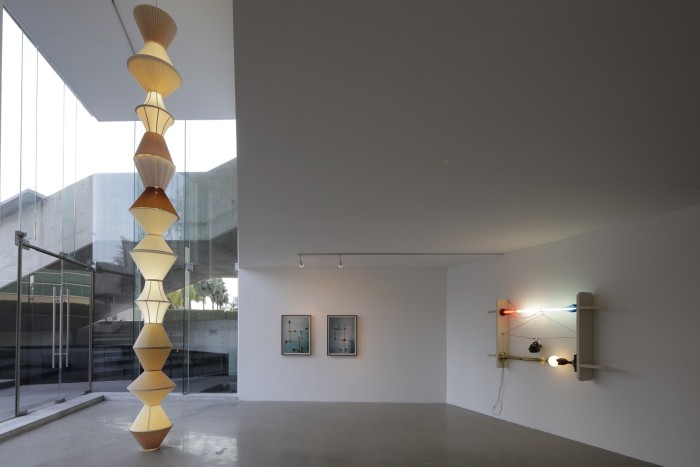 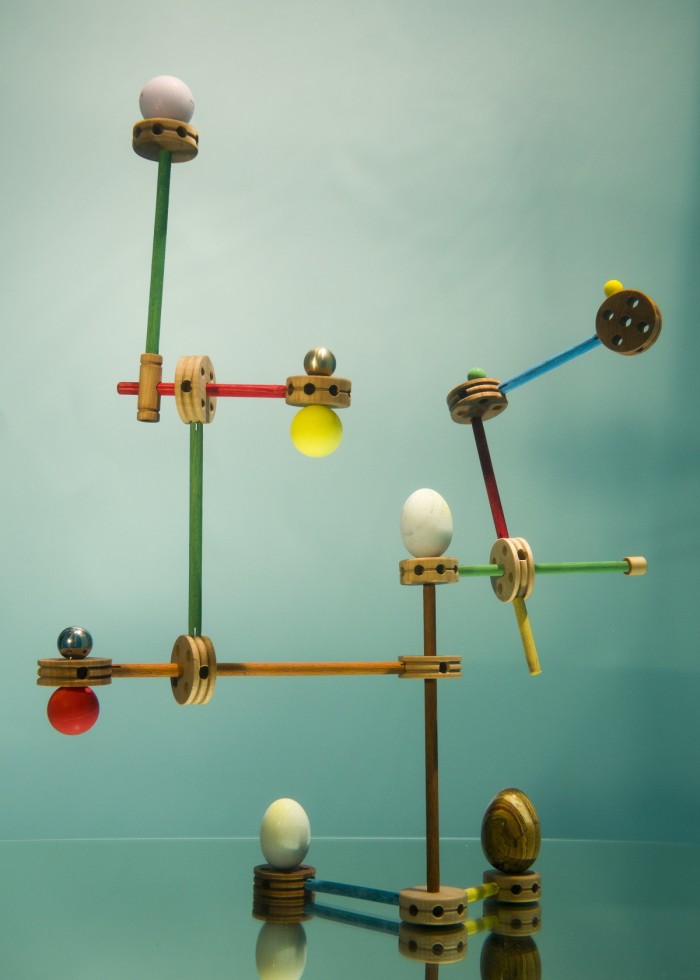 Alejandro Almanza Pereda (1977) creates sculpture, photography, video, public art and art installations which emphasize our affective bonds with objects through artwork that may seem unstable, immaterial or in the apex of disaster.

In All the water under the bridge, the moon and the stars Almanza Pereda presents a new series of sculptures whose artistic discourse has evolved into a deeper consideration regarding the monument and the issues it withholds. He offers a physical confrontation that permeates into the symbolic. A confrontation between spectator and monument, exacerbating its intimidating nature through the materials and physical fragility of these sculptures opposed to the ideological fragility of the referenced monumentality.

In his new series of sculptures Almanza Pereda also strengthens his “enemy of the object” status. He enjoys pushing his structures to the limit and taking them out of their comfort zone, thus forcing them to theatricalize the eternal promise of an oncoming disaster, in an almost sadistic way.

During the past few years he has also shown fascination for classical paintings, specifically those depicting still lifes, leading him to investigate them through their reinvention under the precariousness of the frail structures he’s grown accustomed to explore.

New rules exist in this case, rules that are imposed by composing the images underwater. The artist offers an investigation of the common object and how artists throughout history have represented it, especially by those in the mid XVI-XVII centuries such as Caravaggio or Juan Sánchez Cotán, who he references directly.

This is not disconnected from the rest of the work presented in All the water under the bridge, the moon and the stars. The baroque aesthetic that Alejandro seeks in his work is overwhelming in his videos as well as his photographs and sculptures. The composition of the “impossible” balances he obtains show intentional formal similarities as well. Almanza inverts objects to create a central tension impossible not to relate directly with Caravaggio’s compositional decisions on his Basket full of fruit. Doing this the artist disables the objects he uses by stripping them from their original raison d’être, turning them into mere pawns lined up to accomplish his hubristic intentions.