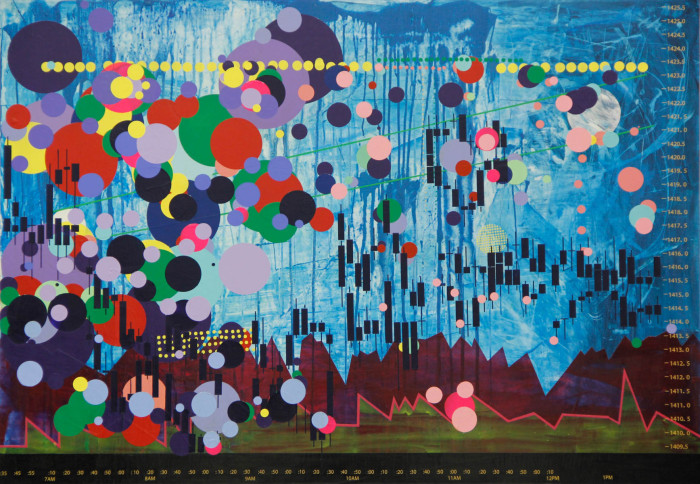 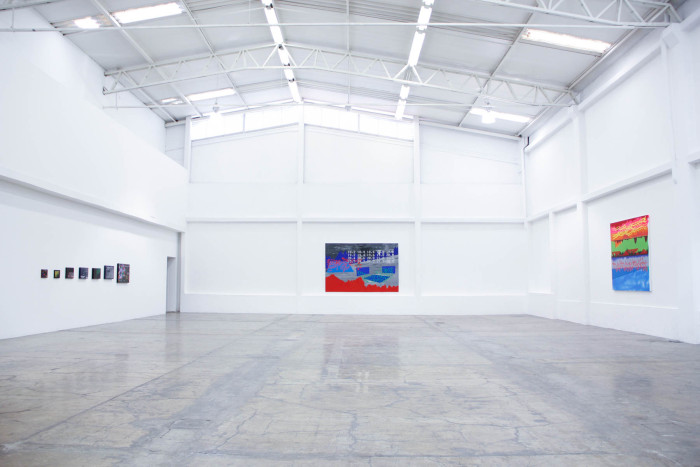 This exhibit’s name draws from the personification effect that, on a recurring basis, is made of the behavior of the capital markets. Every time the state of mind in which markets open or close is referenced, the emotion spectrum defines a space for fiction where financial agents and centres, depending on their behavior, can embody bulls or bears according to their way of hunting or attacking, but can also gather in flocks of sheep, prey like wolves, or as pigs, are led to the slaughterhouse at the first sign of crisis.

In this exhibition, Cecilia Barreto deals with the visuality related to financial capitalism. Charts, markers and other signs of the main entities responsible for mediating these exchanges are appropriated and reused to raise a question about the field of representation that they constitute. Furthermore, the project is part of an investigation about visuality and its relations with power, the tensions between reality and virtuality, as well as the sense of bewilderment produced by the current economic model and its forms of representation.

The artist’s strategy is part of a broader line of research regarding visuality and its relation to power. In that context, she has also inquired about the mechanisms of publicity, the politics of representation within news agencies and the uses of Internet in social protests of recent years.

These interests are also reflected in the selection of materials and techniques. In this series, for example, automotive paint, spray, resins and acrylic paints were used, just like those used by some 20th century artists who opted for these solutions to portray an industrial era.