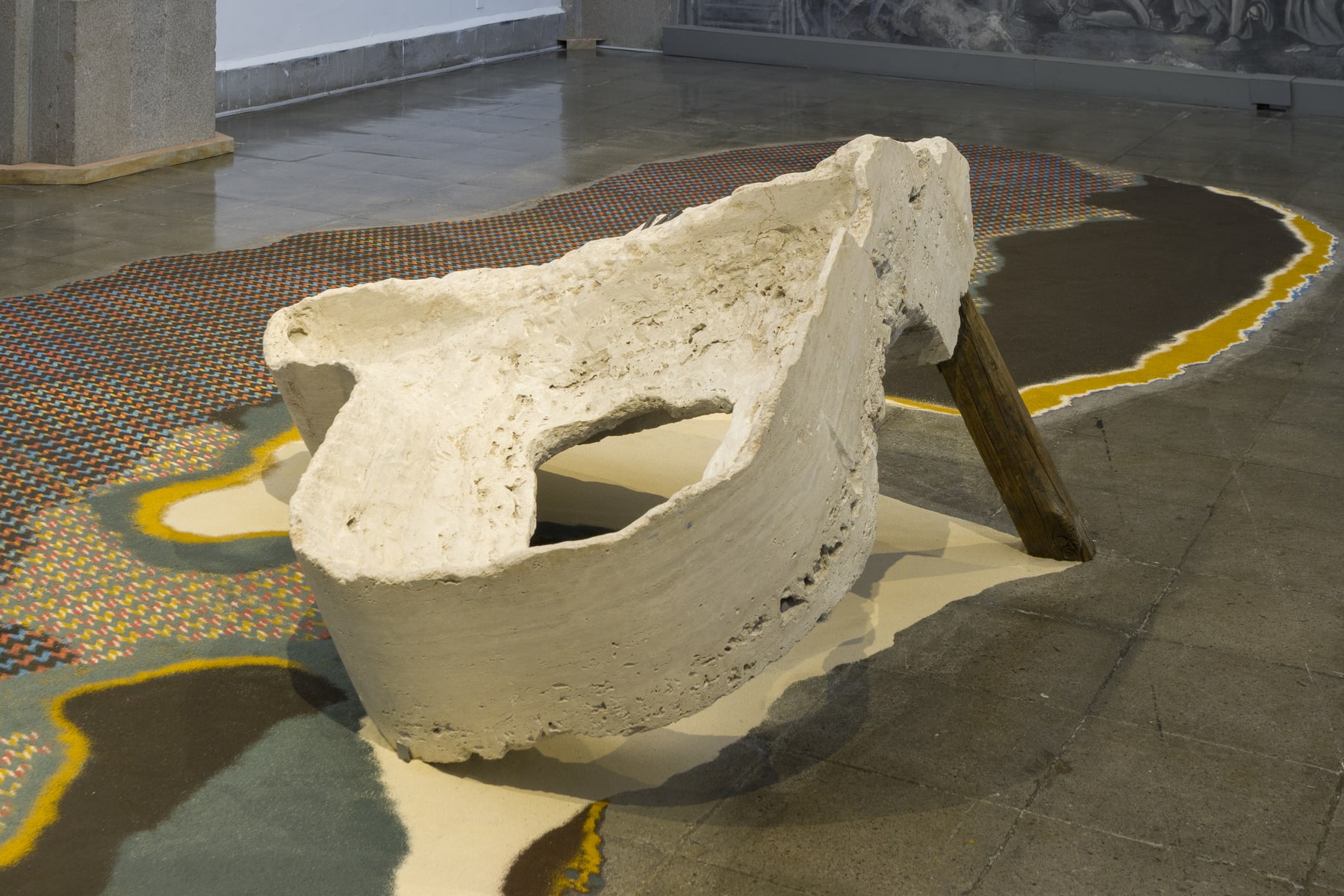 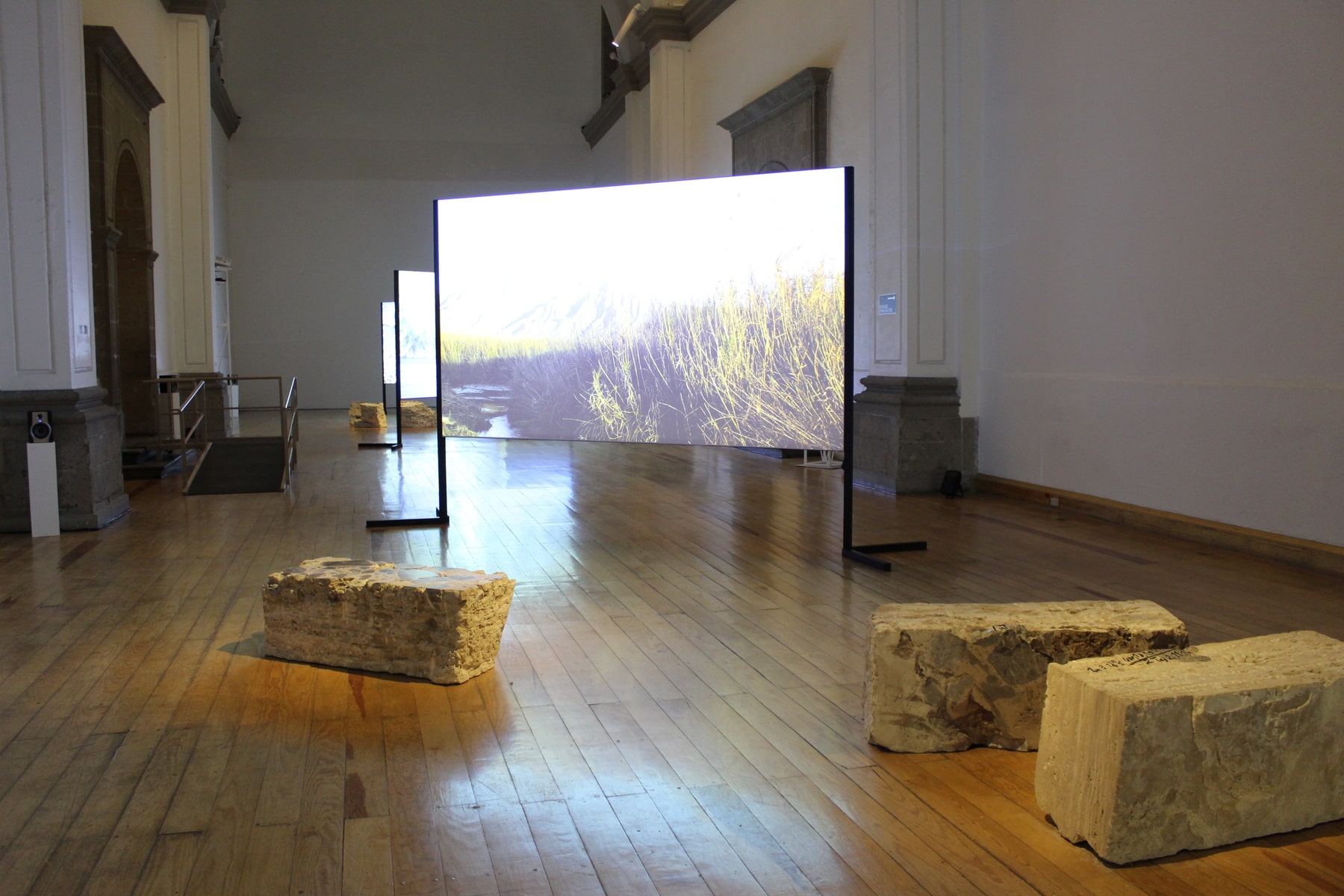 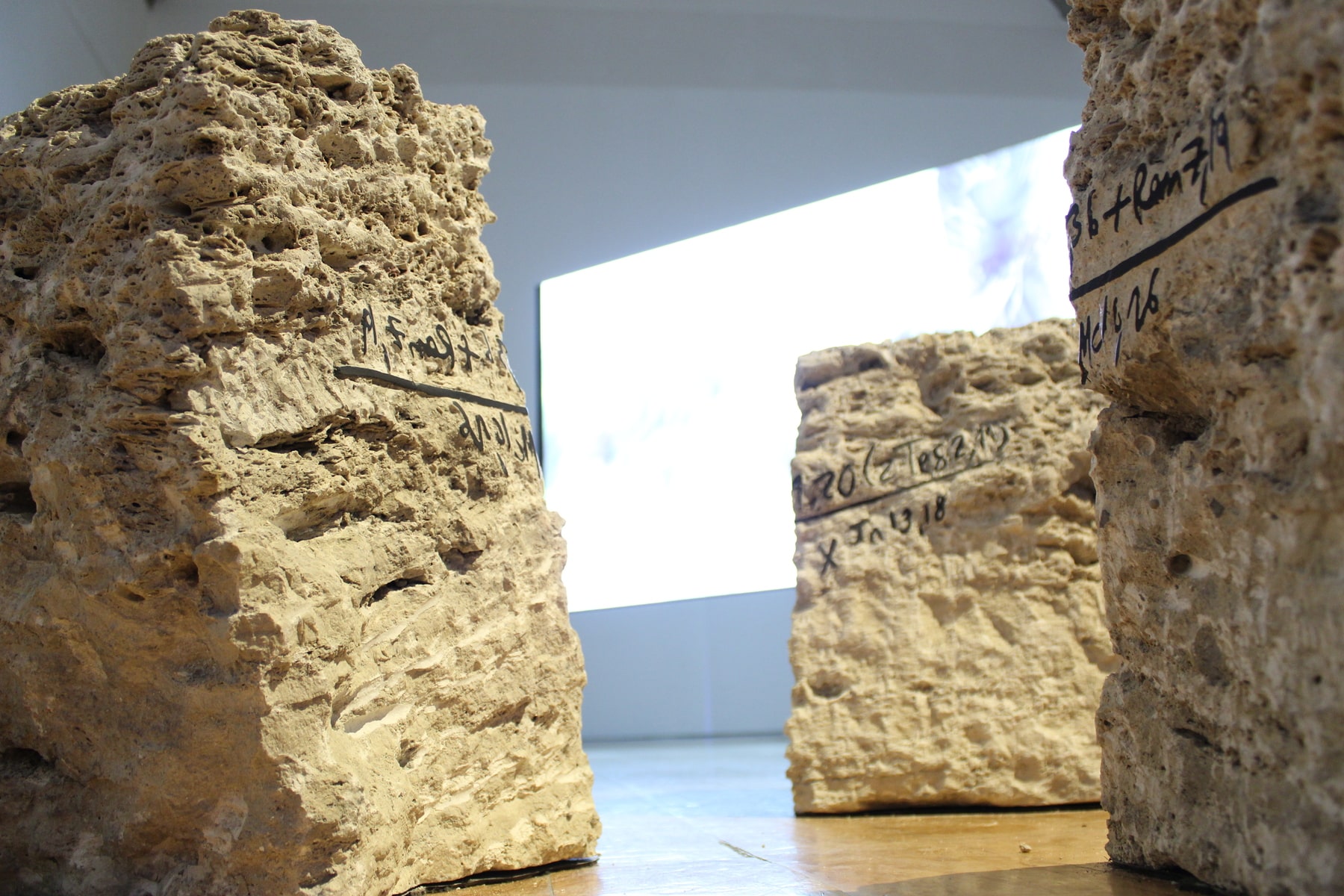 In the threshold between script and Scripture, performance and (dis)belief, Acts of God explores the relationship—sometimes to comic effect—between the unexpected and the prophetic. Based on various episodes recounted by the Gospels with their own distinct perspectives, three looped projections offer different montages of very similar footage: incomplete and inconclusive sequences, outtakes and shots where mishaps and diversions seem to be the norm. The discrepancies, off-key details, and diverging moments in Christ’s life generate a non-linear narrative that raises questions: What if the man who was chosen to redeem humanity had set out to fulfill all the predictions the prophets made about his life without the certainty that he could—or should—accomplish them? Pablo Vargas Lugo has stated that “The point is not to make a biopic about Jesus, but to take certain key scenes and some of the figures that embody symbols and metaphors that we use in our private and public lives, and ask: What would happen if things were not in the right place? … This work is about the need to find another story that will fit the images that are created when the gospels go off script.”

Filmed in the biological reserve of Cuatrociénegas, in the Chihuahuan Desert, Acts of God juxtaposes geological time with biblical narration and makes nature a protagonist in the story. Stromatolites, stratified sheets of microorganisms dating from over 3,000 million years ago and that still thrive in the wetlands of Cuatrociénegas, also find a place in the exhibition as a Microbial Mat that blends layers of pigmented sand into a dazzling and unstable pattern; and the stone blocks brought from the film’s location reveal a ciphered (biblical?) Equation, one that amalgamates disbelief, laughter, fear, treachery, doubt, guilt, and remorse. All, human behaviors codified in religious narratives that still seep into the cultural precepts, social norms, and political and judicial systems that shape our contemporary world.

Acts of God was originally exhibited at the Mexican Pavilion during the 58th International Art Exhibition, La Biennale di Venezia. It is now presented at Laboratorio Arte Alameda in order to revisit one of the West’s founding narratives and re-signify it by placing it in a broader social and political context that transcends the sphere of personal beliefs.

—Text and curatorship by Magalí Arriola