"A. And A again" by Ilê Sartuzi at auroras, Brazil 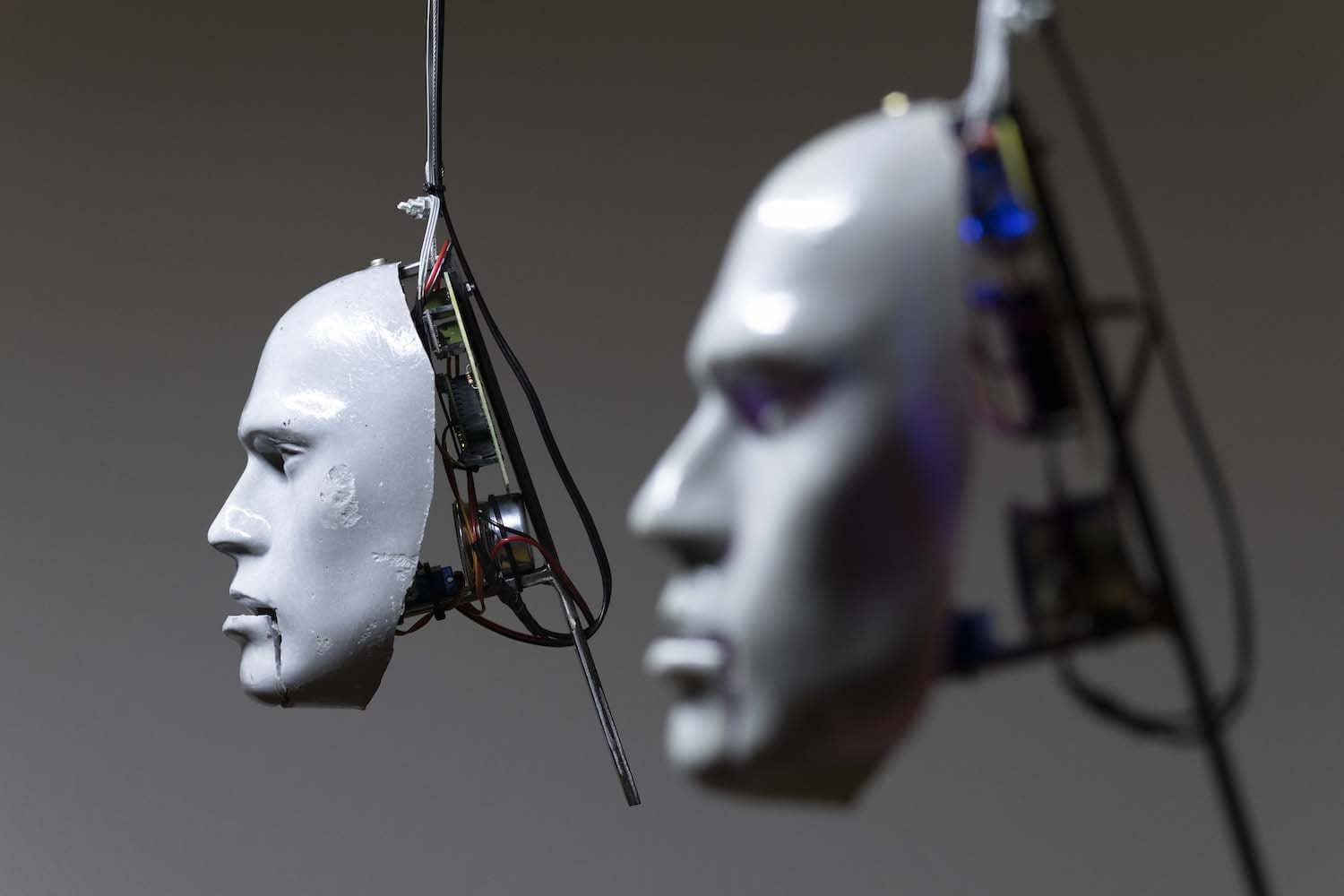 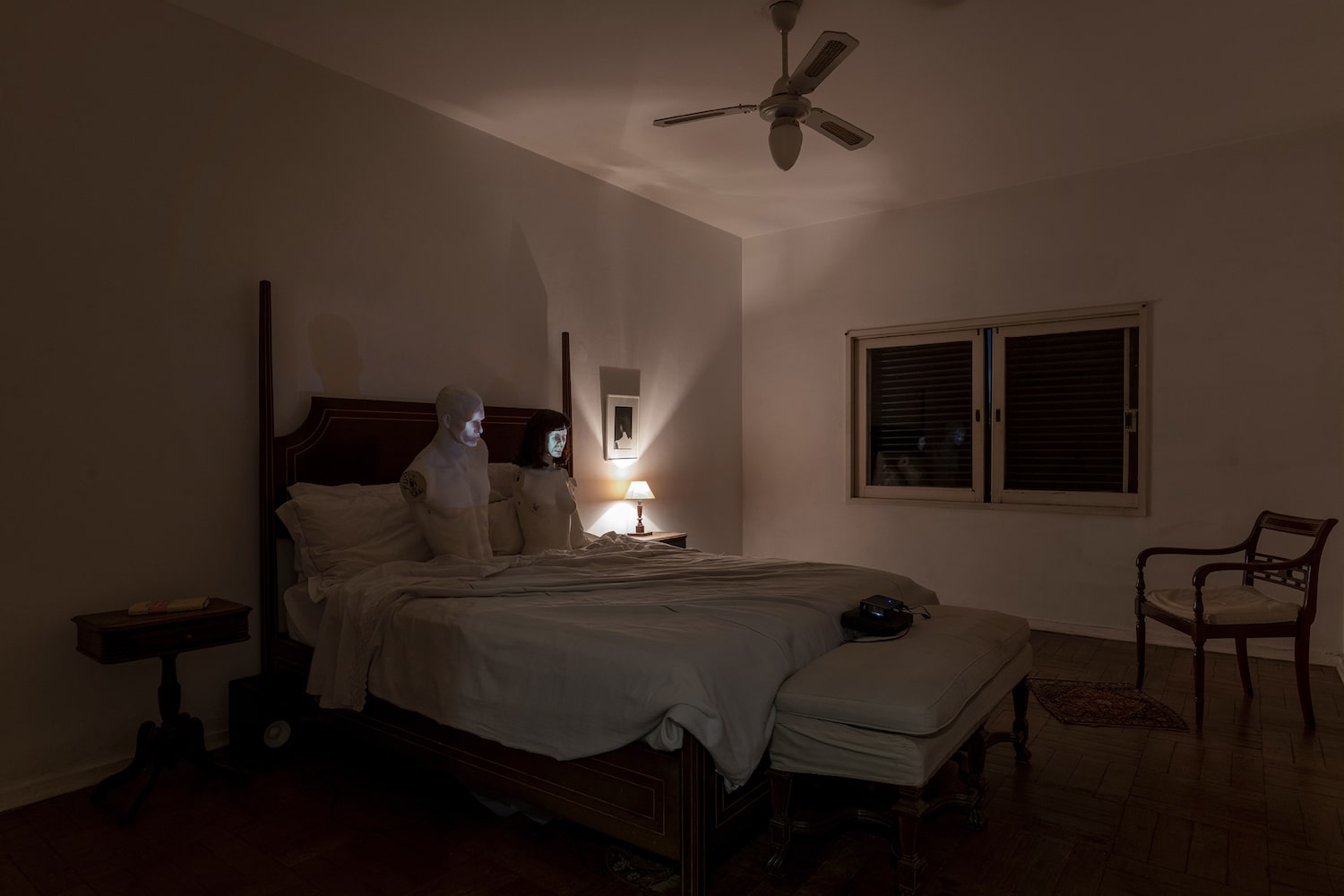 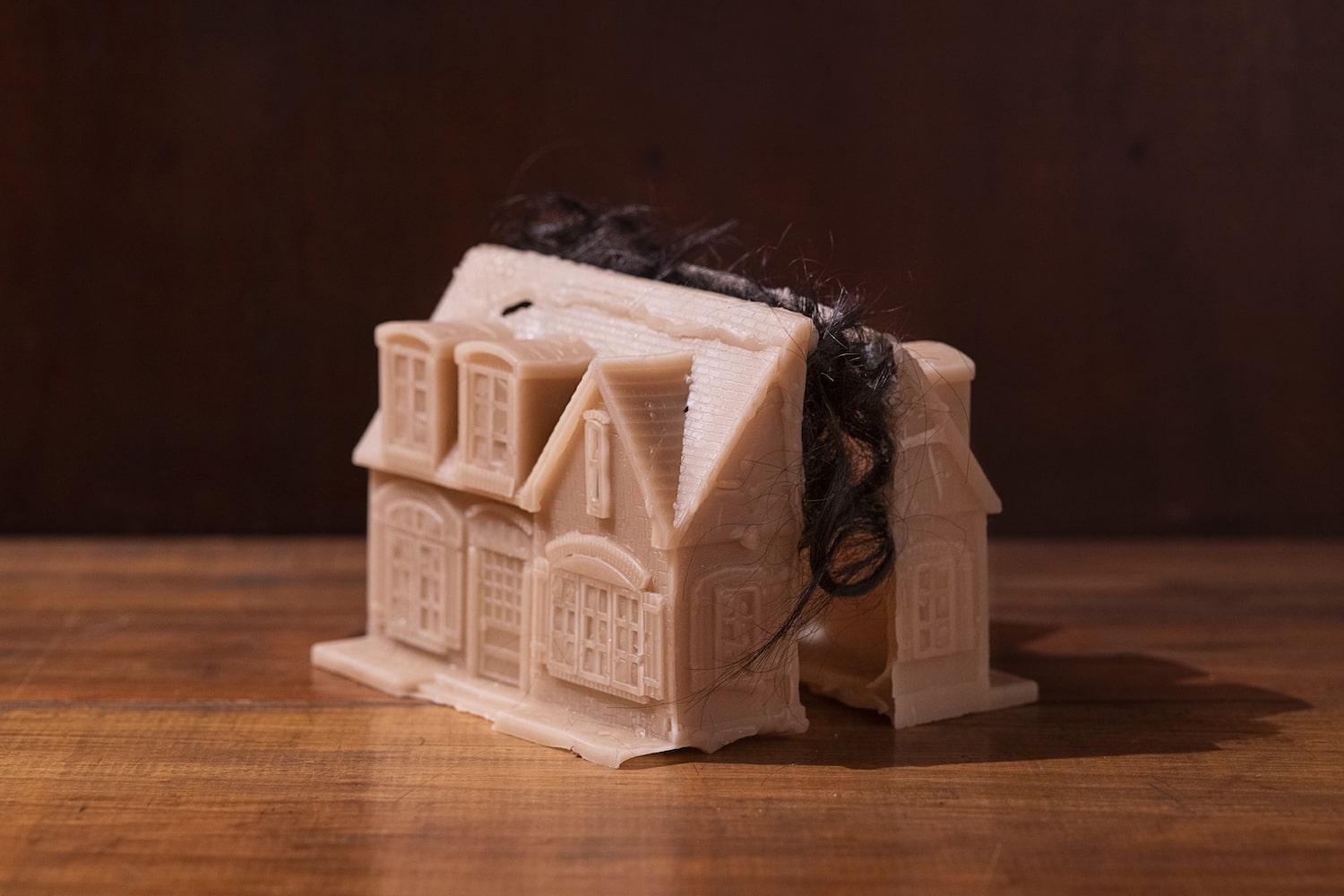 The curtains open, there is an attempt to enunciate something that results only in a vibration, or even this imperative to speak makes it impossible to end a discussion. These small scenes take place in different rooms at auroras, featuring mechanized objects, pre-programmed and random choreographies, light signals, paintings and videos. What they have in common is that they seem to have a certain theatricality in the way they present themselves.

In Ilê Sartuzi’s exhibition at auroras, actions seem to be a beginning that is always postponed, doomed to failure, or they find it difficult to articulate a coherent meaning. The communication attempt emits a red light in morse code from inside the house while listening to noise from other parts. Formally, repetition link these parts together in a loop that encompasses virtually all objects. That is, the “liveliness” of things is programmed so that there are moments of saturation of stimuli and others of more punctual actions.

The scales of the objects range from miniatures, a curtain for small people, something the size of children’s toys, and the standard size of an adult mannequins. They refer to universes of representations, whether through childish imagination exercises or theater elements.

Due to the nature of the works, the visiting hours of the exhibition are changed, starting at dusk. The show remains inactive during the day. In this atmosphere, the house is filled with inanimate objects while a possible narrative of new residents is created.

Ilê Sartuzi (1995, lives and Works in São Paulo) is an artist graduated from the University of São Paulo (USP). His research involves sculptural objects, mapped video projections, installations and theatrical plays addressing issues related to the idealized image of the body, often fragmented or constructed from different parts; but also the absence of this figure in proto-architectural and digital spaces. The interest in the dramatic arts in recent years has given a theatricality to objects and installations that are animated by mechanical movements and interpret dramaturgy and choreographies. Repetition is recurrent either as a constructive element of modular objects, a cyclic structure, or as a dramaturgical strategy.

Lucienne Guedes Fahrer is an actress, founder of Teatro da Vertigem. She is also a director, playwriter, researcher and professor, PhD in Performing Arts from ECA/USP and professor at UNICAMP. She worked as a collaborating artist for several groups, including Teatro de Narradores, Cia. Balagan and Núcleo Bartolomeu de Depoimentos.

Marcus Garcia is an actor, set designer, electronic artist, light designer and director graduated in Performing Arts at ECA/USP. He also has an incomplete degree in Engineering from Poli-USP (2005-2008). Garcia was a founding member of 28 Patas Furiosas and Heterônimos Coletivos de Teatro, and director of Coletivo Karenin.

Sílvio Restiffe graduated as an actor by INDAC, he deepened his studies at the CPT – Centro de Pesquisa Teatral, under the direction of Antunes Filho. He developed his artistic research through several theater companies such as Círculo dos Comedantes, Companhia da Mentira, Mundana Companhia—with the acclaimed production of The Idiot directed by Cibele Forjaz—Companhia Livre, a Velha Companhia and the Free Zone Association. In cinema, Tatuagem by Hilton Lacerda and Jardim Europa by Mauro Baptista stand out as some of his main features.