Ubisoft and Terremoto are proud to announce the 10 short-listed artists for the Artist Residency at Red Storm Entertainment, Cary, North Carolina (USA) that will take place in Spring 2020. The artists were selected by a preliminary jury composed of micha cardenas (artist, PhD and Assistant Profesor of Art and Design at UCSC) and Bernardo […]

Ubisoft and Terremoto are proud to announce the 10 short-listed artists for the Artist Residency at Red Storm Entertainment, Cary, North Carolina (USA) that will take place in Spring 2020. The artists were selected by a preliminary jury composed of micha cardenas (artist, PhD and Assistant Profesor of Art and Design at UCSC) and Bernardo José de Souza (Brazilian independent curator, writer, and educator based in Madrid, Spain)

The residency will offer unprecedented access to vanguard technologies that are seldom available to emerging artists in Latin America. The objective of the residence is to encourage research within the video game and virtual reality industry in general while allowing Ubisoft and RSE to reflect on their mission, values and creative processes that make up their daily operations—producing a valuable reflexion to the company’s contribution to culture in general.

Upon completion of the program, the work will be exhibited at an allied art institution in late 2020 and early 2021.

The 10 selected artists will prepare a more detailed proposal of their project that will be examined mid-February by an independent jury and Ubisoft, RSE and Terremoto’s members, and will be announced shortly after. 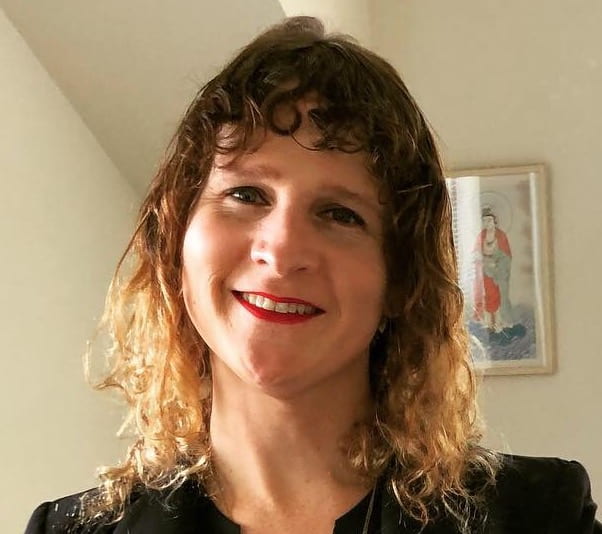 micha cárdenas, PhD, is Assistant Professor of Art & Design: Games + Playable Media, and Critical Race and Ethnic Studies, at the University of California, Santa Cruz, where she directs the Critical Realities Studio. cárdenas is writing a new algorithm for gender, race and technology. Her book in progress, Poetic Operations, proposes algorithmic analysis as a method for developing a trans of color poetics. cárdenas’s co-authored books The Transreal: Political Aesthetics of Crossing Realities (2012) and Trans Desire / Affective Cyborgs (2010) were published by Atropos Press. Her artwork has been described as “a seminal milestone for artistic engagement in VR” by the Spike art journal in Berlin. She is a second generation Colombian American. 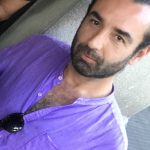 Bernardo José de Souza makes exhibitions, writes and teaches. For the last couple of years, he worked as Artistic Director of Fundação Iberê Camargo, in Porto Alegre – Brazil, from where he departed in early 2019 to work as an independent curator based in Madrid. He was part of the curatorial team of Videobrasil Biennial, held in São Paulo in 2015, and also a member of Sofia Hernandez Chong Cuy’s curatorial team in the 9th Mercosul Biennial | Porto Alegre Brazil in 2013. From 2005 until 2013, he worked as the Director of the Department of Cinema, Video and Photography at the Secretary of Culture of Porto Alegre, Brazil. 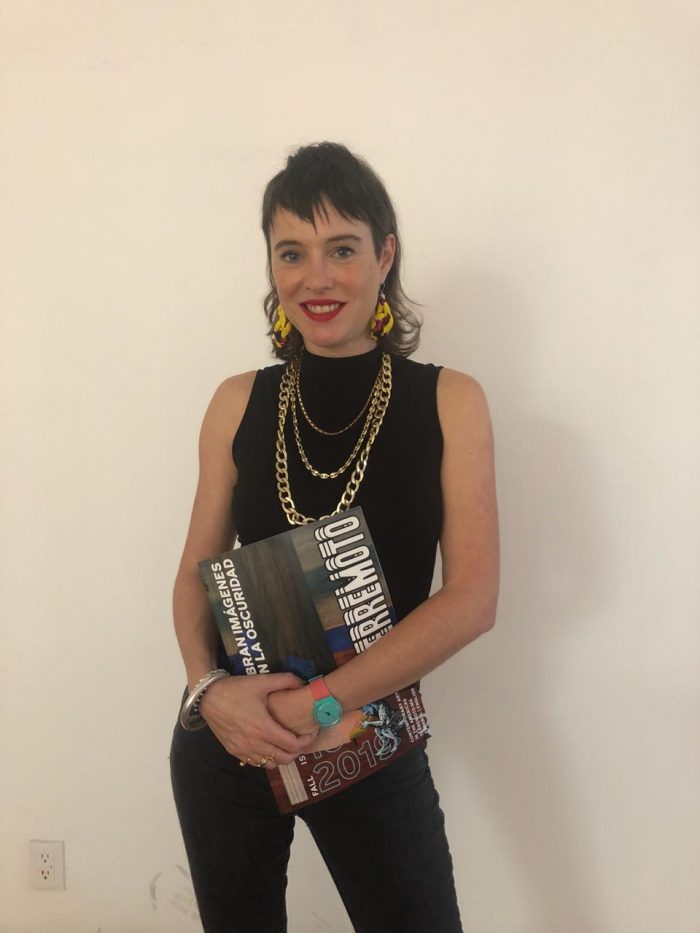 Dorothée Dupuis is a contemporary art curator, art critic and publisher. Her practice focuses mostly on the intersection of arts and politics, and is informed by feminist, post-Marxist, and decolonial theories. Dupuis is the director and founder of the magazine Terremoto, based in Mexico City. Prior to moving to Mexico City in 2012, she was director of Triangle France, a non-profit exhibition and residency program in Marseille, France, from 2007 to 2012, and assistant-curator at the Centre Pompidou from 2005 to 2007. Since 2012, Dupuis has been curating independently and has been writing about art in the Americas, as much in Terremoto as in international publications. 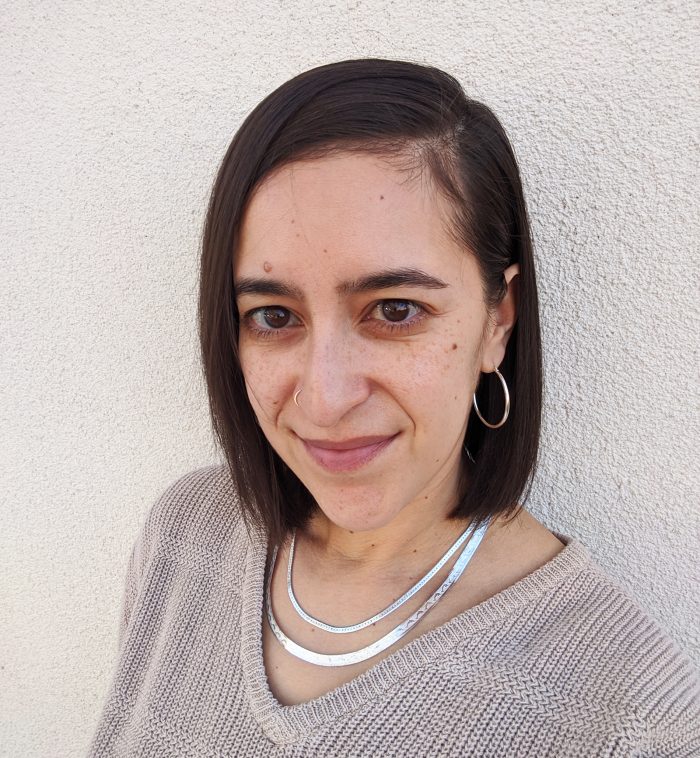 Julianne Aguilar received her MFA in Electronic Arts from the University of New Mexico, where her graduate thesis focused on Final Fantasy XI, and the legacy of online worlds. Julianne is an artist and writer. Her work is inspired by the literal and figurative landscapes of the internet and video games. Besides, she is interested in the ways people craft their identities on these platforms, and how they navigate the line between online and offline world. This is why she has long been interested in how online lives merge with offline lives. She lives in Santa Fe, New Mexico, where she is a narrative designer and writer for Meow Wolf. 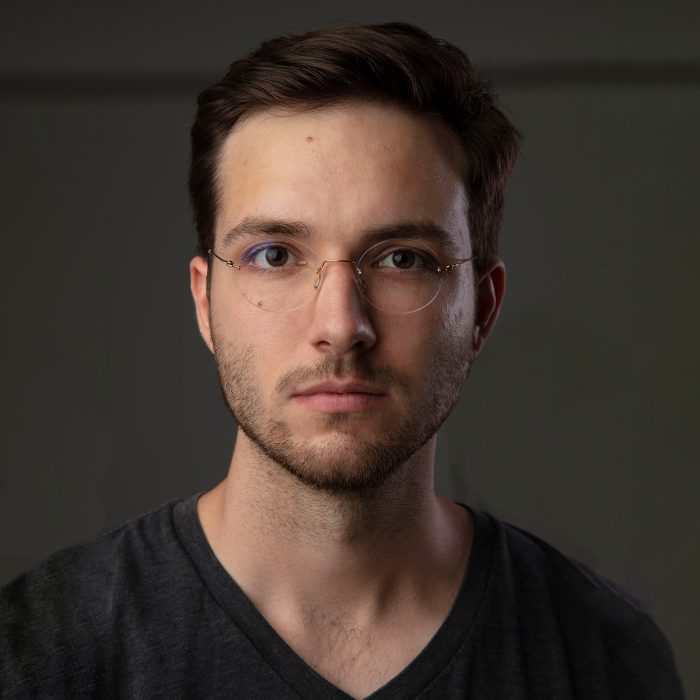 Nicolas Canal is an audiovisual artist who centers his artistic practice around historiography and archive. He identifies himself as Latinx, as he is descendent of the Cuban diaspora. This is why much of his work has been informed by this fractured relationship with Cuba.

He has transitioned into fine art from industrial design and his work has evolved to different techniques such as installation and filmmaking. His artistic practice focuses on the construction of historical narratives through the material remnants of time passed and how this objects, whether historical or personal, become abstracted as time passes.

Although his work is not confined to one specific medium, it does subscribe to a focused and consistent methodology. Whether he is working in film, audio, or sculpture, his work has to do with the construction of memory; it is an artistic practice grounded in confabulation, oscillating between personal narratives, and the wider sociopolitical contexts which envelops them. 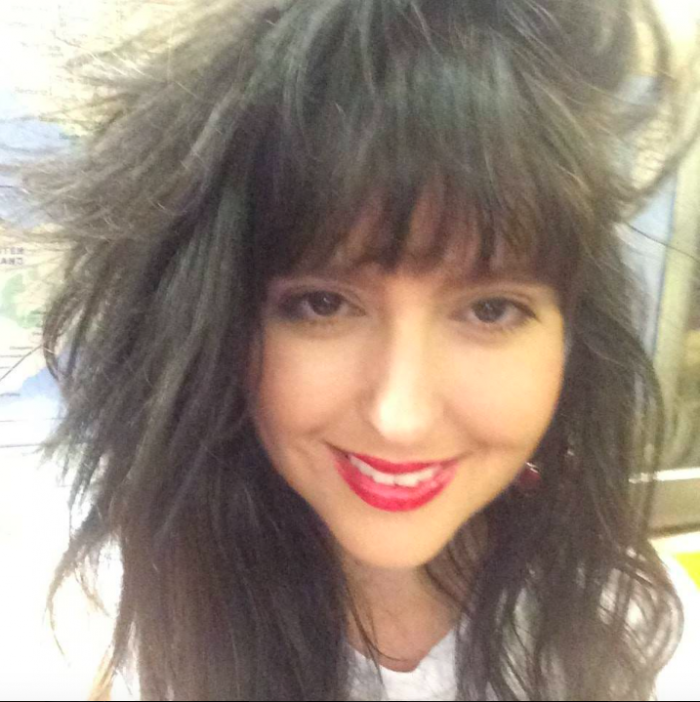 Anna Costa e Silva is a visual artist and director from Rio de Janeiro, Brazil. She currently lives and works between Rio de Janeiro and São Paulo. She’s interested in the intersections between film, visual arts and performing arts. In 2014, Anna won the Caixa Cultural Award. Since then, she has done 11 solo shows in different museums and cultural institutions.

Her art practice explores the limits between fiction and documentary, character and actor, as well as how the crossing of subjectivities might open space for extraordinary and anti-productive interactions to happen.

She’s also intrigued by how each individual exists in the world, how one chooses to spend his time, what are the affections that move a person to wake up every day and feel alive in such a contradictory system we are in. 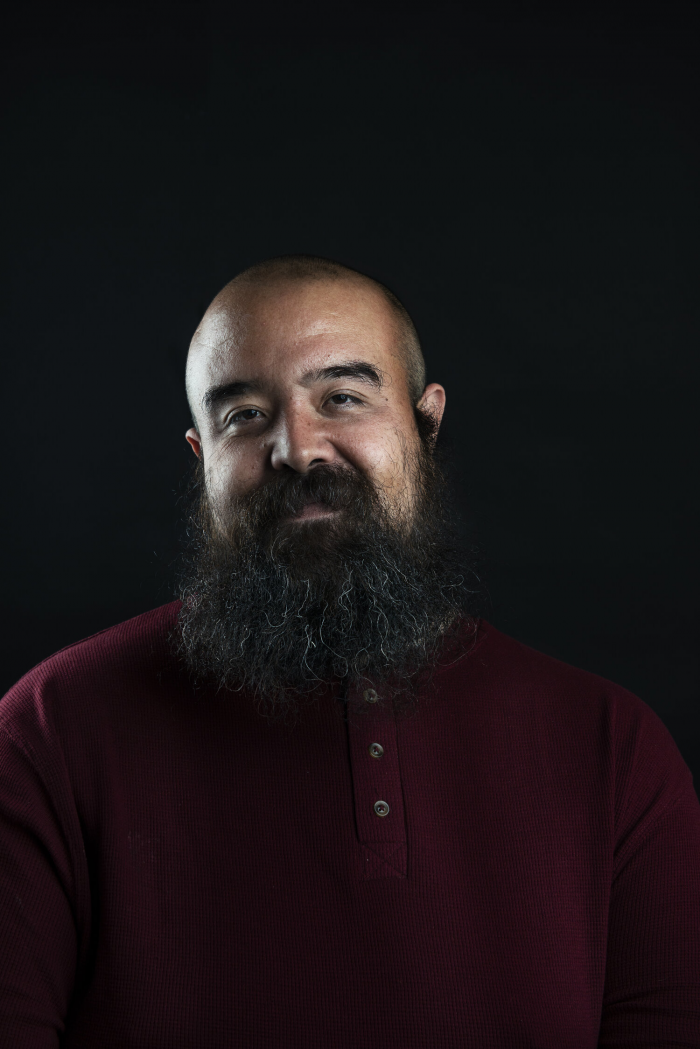 The son of Mexican migrants, Edgar Fabián Frías was born and raised east of Los Angeles. He studied visual arts at the University of Riverside, California, as well as in Leeds, England. As an itinerant artist he has lived in Berlin, Portland, Oakland and Los Angeles.

Edgar Fabián is an interdisciplinary artist. His work explores different levels, among which the intersections between discordance and resonance stand out; the interstices of cognition, representation and relationships; as well as the complexity and historicity of colonial landscapes. In addition to being an artist, Edgar is a psychotherapist specializing in neurobiology. That is why he has centered his work around consciousness, by incorporating different methods that range from indigenous ceremonial practices, to the use of digital technologies.

In addition, with his artistic work he intends to highlight the effects of inequality, in the same way that demonstrates the importance of indigenous and Latinx community epistemologies in thinking—from resistance—of current phenomena. 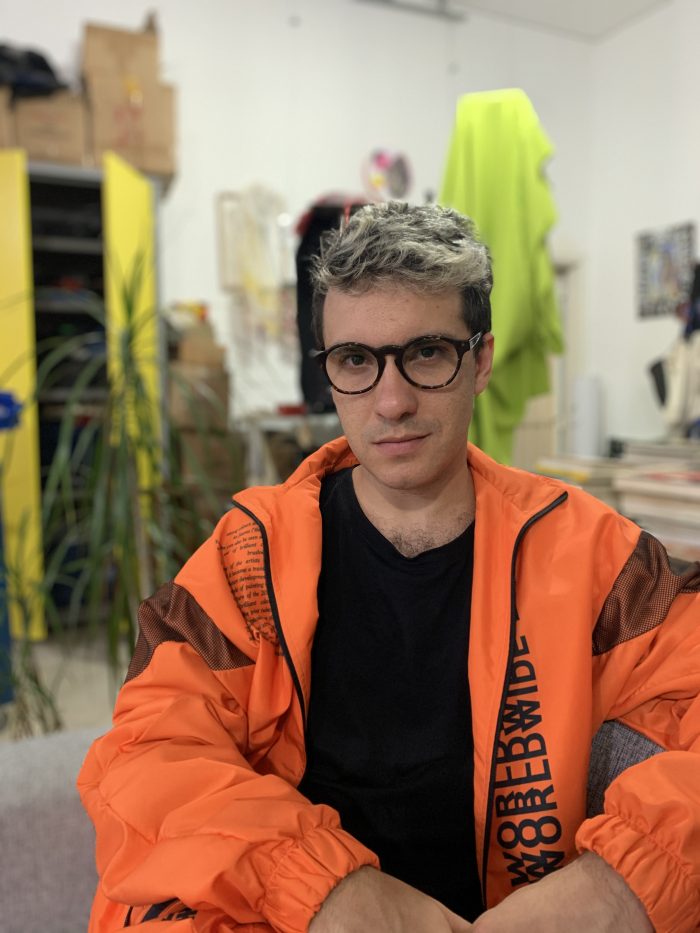 Pedro França is a Brazilian artist born in Rio de Janeiro in 1984. His artistic career began in 2011 after a traumatic experience as assistant curator at São Paulo Biennial. Since that year he has been working with UEINZZ Theatre group.

He got into AR/VR after the burning of Museu Nacional in Rio de Janeiro (where he made research for 6 months in 2005). As an artist he’s been wondering about crossovers between actual and virtual world (aumented and reduced reality) using the museum as a model. His daily practice consists of drawing and writing, which unfold into different media projects.

Pedro believes in a radical principle of de-hierarchisation: no thing (idea, material, image, person) is (goes) better than (with) any other thing. This idea of de-hierarchisation pretends to be a strategy of collective survival, since he feels that the current social and political situation in the world calls for the radicalisation of modes of living and creating, and art can help freeing imagination and desire of different futures. Likewise, he considers that art should be up to the culture of its time, and he thinks that today it means addressing visual and poetics issues related to virtual reality, games and other digital image devices. 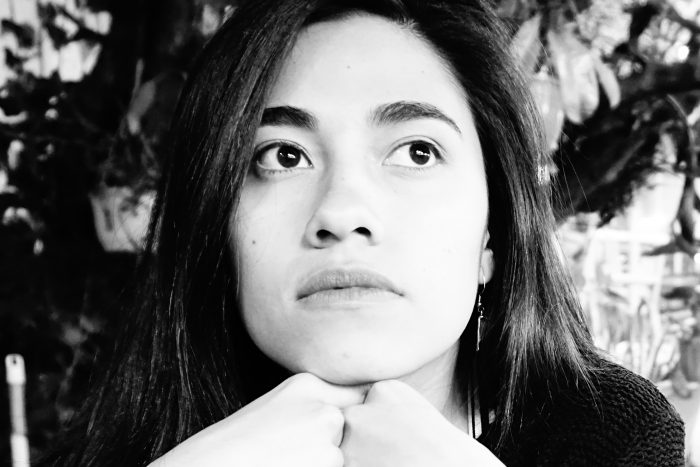 Mónica Herrera is a Colombian artist, she graduated in Fine Arts in 2018 from the Escuela de Artes y Letras of Bogotá. Her work and artistic research mainly focus on the relationship and limits that exist between art and science, as well as the questioning of the models established to understand reality.

She is currently working on the Quantum project, where she explores quantum mechanics and neuroscience topics through her art. Her interests are about the perception of reality, artificial intelligence and the discussion between virtuality/reality. To develop her work she uses video, interactive installations, prototypes and digital media, contrasting them with similar techniques of artistic creation, such as painting, drawing and photography. 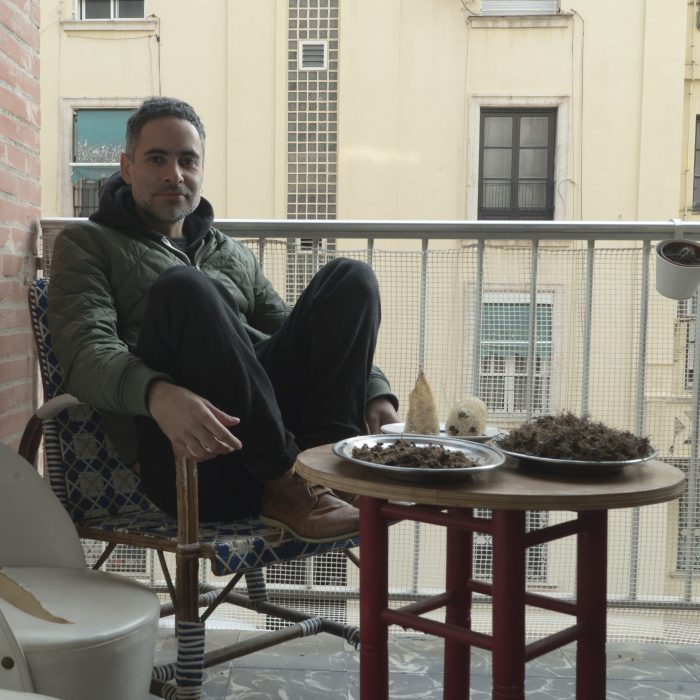 Esteban Rivera is a Colombian artist who resides in Berlin since 2013. Video installation is his main practice. He did a Meisterschüler Studium in Art and Media at the Universität der Künste Berlin (UdK), where he graduated with a film trilogy that is now part of the collection of the Film Institute in the UdK and was awarded in several film festivals.

Esteban sees filmmaking as a possibility to establish connections between topics that are not possible without an interdisciplinary approach. That’s why his films should also be understood in a holistic way. His film work is characterized by the use of multiple sources, styles and narrative strategies to refer art history and make the research visible in the films, while his audiovisual work is a mix between fiction and documentary. 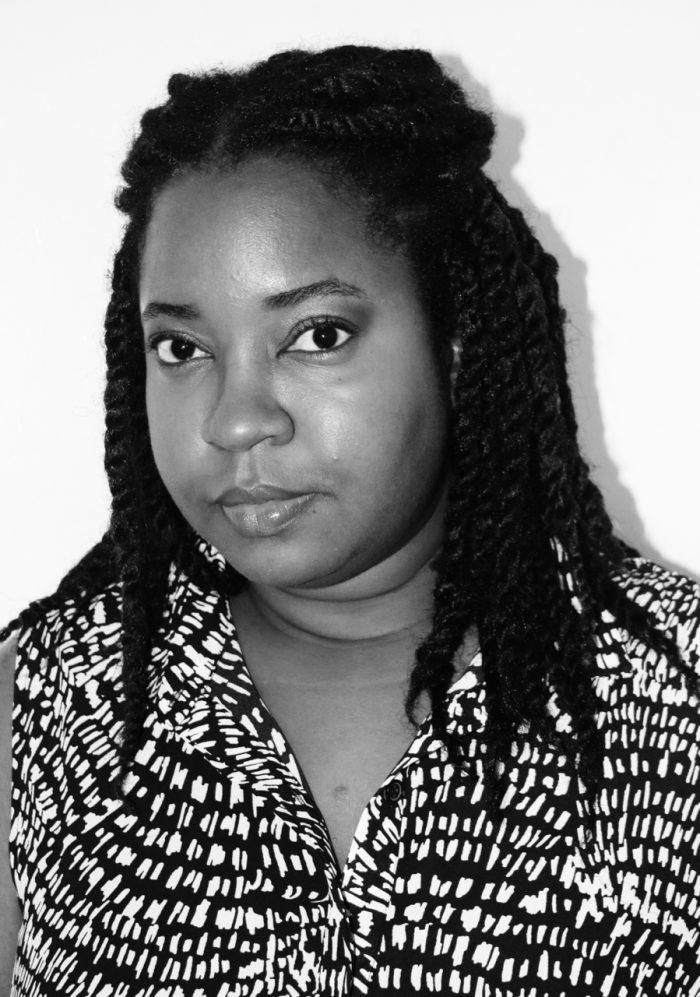 Oneika Russell is a Jamaican artist concerned with studying and representing the hybridization and fragmentation of the Caribbean identity. For Oneika, the social structures and space of both Jamaica and the Caribbean are closely related to their modes of representation in Western culture.

Oneika’s work explores Caribbean visual culture while contrasting the notions of “exoticism” and “paradise” with local life experiences. In his attempt to reflect cultural hybridization, she has focused his work on the visual study of tourist paraphernalia, as well as images of cinema, television, literature and history.

She is currently working on digital art and video art projects that touch on issues related to the invisibility practices of Afro Caribbean cultures, the visual culture that surrounds the tourist advertising industry and the dichotomy of exploration and consumption of Western narratives towards Tropical countries. 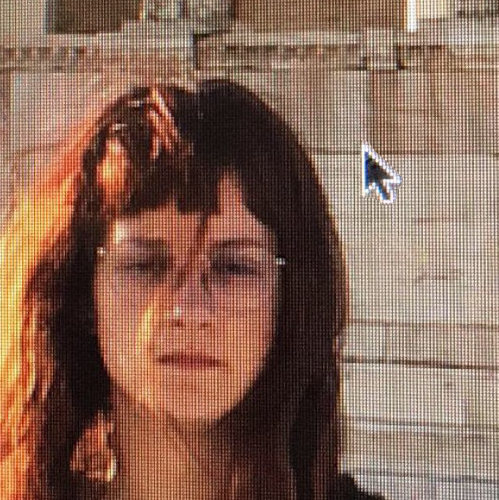 Gabriela Torres-Ferrer is a researcher and multimedia artist born in Puerto Rico and settled in Barcelona. Her work challenges viewers to untangle their complex networks of literary, artistic and historical references, while simultaneously inviting them to reconsider their own relationships with the works and the general culture that frames them. It mainly consists of subverting hegemonic narratives in order to open questions about possible futures, often addressing new realities, such as the digital reality we live in and the structures of power and means of production and exchange in this age of the internet and cybernetics. 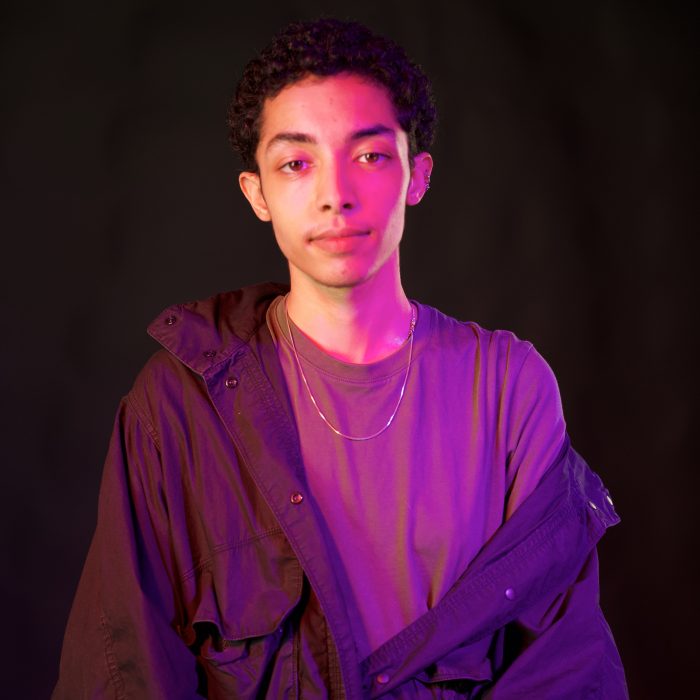 BB Devan Symone Worth is a digital animator and creator of stories based in New York. As the son of US Navy officers, he grew up in different parts of the world. For this reason his work talks about global issues such as injustice, violence, mental illness, philosophy, gender, etc. Through his stories, Beau Bonnet represents everyday and controversial issues using digital media, with the intention of inviting viewers to be critical and curious about the world around them. Thus, to achieve its objective, research is a fundamental part of its work.

The editorial body of a digital exhibition

On the occasion of the digital exhibition DECLARACIÓNES CUERPO held at the Cetro de la Imagen (Mexico City), Temblores Publicaciones published the book that accompanies this exhibition. Join us for its presentation entitled “The editorial body of a digital exhibition” on Wednesday, October 13.

We are delighted to announce that Duen Sacchi will be the guest editor/curator for the 2021 – 2022 period.

Visit us at CLAVO fair this weekend!

We are happy to announce that the book José Clemente Orozco: Final Cut, edited by Temblores Publicaciones, received an honorary mention in the “catalog” category of the Antonio García Cubas Award in its XXIII edition.