Luciano Concheiro reflects on resistance to acceleration and advocates for an alternative understanding of the passage of time. 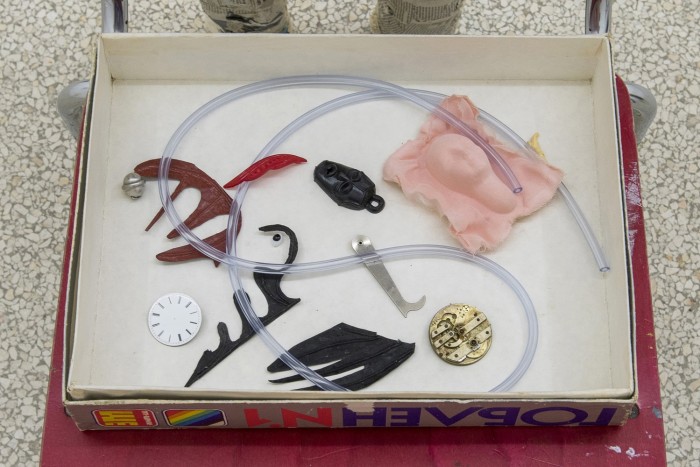 Stillness—
the cicada’s cry
drills into the rocks

The French Revolution began a particular way of thinking about politics and history. It was assumed that reality is transformable and improvable and —no less significantly— that Man can be the agent of that improvement. An excessive optimism was instituted and became the backbone of political philosophies conceived during the Modern period. A veritable honeymoon with Man ensued; he was thought capable of freely molding his political and social reality. Put another way, it gave rise to a politics of macho, loaded and haughty.

The proposal we’re floating here is to go against the notions the moderns advocated; to flee rather than to try to transform anything. Or assume (at least for now) that we cannot improve our reality overnight. To follow the principle children do, to enormous success, and in opposition to the presumption of those who felt capable of changing the course of history and deposing whomever they chose: when you cannot destroy or neutralize the enemy, the smartest thing is to run away from him. Let us call this new way of thinking about subversive political vocation tangential resistance: a resistance that moves away from confrontation and suggests in its place turning one’s back, slinking away.

Sun Tzu’s The Art of War reveals itself to be the most interesting of military manuals because it is an anti-war military manual, a war manual that explains how to avoid war. Its basic teaching is that “submitting to the enemy without doing battle is the most advisable course.”† The objective becomes, above all, to suppress combat: to vanquish without ever arriving at a confrontation.

The good strategist is not the strongest or the most aggressive, but rather, he who “submits to enemy forces without fighting, who takes enemy fortifications without attacking them, who dismembers rival states without allowing military actions to be prolonged. By which means he can conquer the entire world while conserving all his energies; his army does not weary and its riches remain intact. This is how attack-plans work.” 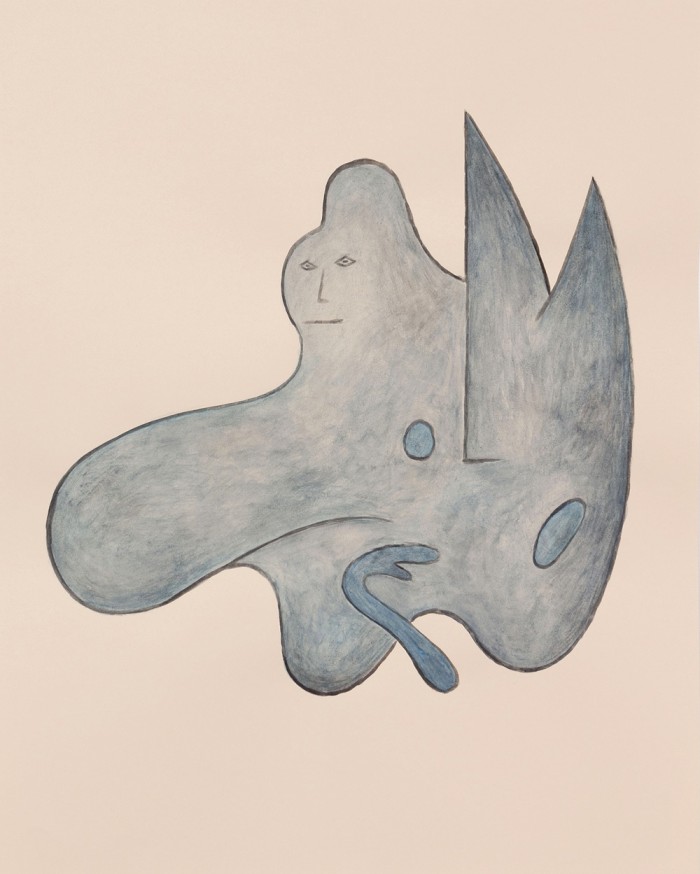 Dispossessed of faith in Progress, tangential resistance does not assume History is headed toward a loftier goal or that the present situation will gradually improve. Neither does it aspire to improve the world. It calmly accepts things will likely grow worse. It will be a pessimistic, disenchanted resistance, stripped of the notion of any hopeful future.

Tangential resistance does not seek to take up a radical transformation of our current condition. It’s after something more secular: a breather when it comes to speed. Ultimately, it hopes only to be a sporadic escape from acceleration.

Gabriel Orozco declares “We always disappoint someone. Art disappoints. It’s not spectacle and it’s not entertainment. It’s a path. A light-source, noise. It’s no big thing from another world. It’s purposeful deceit, an almost real and boring thing for the spectacle’s spectators.” The same thing happens with tangential resistance: it disappoints and bores those who imagine of politics and disobedience as an heroic act, composed of portentous moments and generous infusions of adrenaline. The place of tangential resistance is the everyday. It resists without producing heroes or statues. The (large-scale) battles, the flashes of strategy and blood shed for transcendent causes. Great expectations are to be disdained. There is no concern for impressing one’s neighbors, nor posterity.

If the world cannot improve drastically for now, maybe what we need is to start an aesthetic relationship with it.

We would be wrong to confuse tangential resistance with passive resistance. The latter is based on a forward-facing refusal and follows, as a basic tenet, the Camusian principle (“What is a rebellious man? A man who says no. Yet if he refuses, he renounces not: he is also a man who says yes from his first movement”). The paradigmatic case for this kind of resistance is Herman Melville’s Bartelby. A pencil-pusher, he responds to any of his boss’s requests with “I would prefer not to.” By means of no, he manages to avoid tasks others would impose. In contrast, tangential resistance avoids confrontation —even if through lack of action. It’s an escape.

Tangential resistance is by no means the civil disobedience Thoreau proposed, nor is it Gandhi’s “peaceful resistance” (satyagraha). Key to this last is not cooperating with the system thought to be unjust. There should be direct action against the oppressor, but with no resort to violence. Its tactics are well known: peaceful protests, boycotts, hunger-, labor- and zeal-related strikes. Tangential resistance lies far away from actions seeking to resist the current situation because it does not aim at changing the system from within, but rather, seeks to live provisionally outside of it. It is for this reason that non-cooperation appears to be no way out. In opposition to the very fundaments of civil disobedience, tangential resistance is based on a renunciation of conflict. 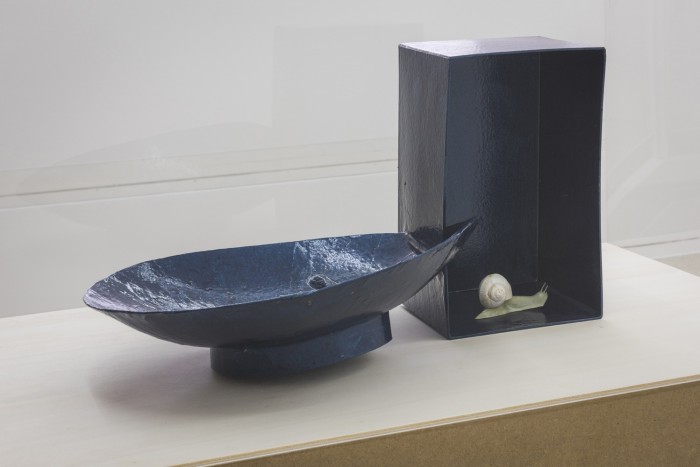 If there’s anyone you could associate with tangential resistance, it is the Cynic philosophers of Ancient Greece. The Cynics believed a capacity for flight was central; i.e., the best way to avoid suffering. The story goes that Diogenes —one of the greatest Cynics— remarked that “even the beasts have understood perfectly. Storks, for instance, leave summer’s torrid heat in search of more temperate climes; they stay there as long as it’s pleasant and then they fly off again, abandoning the spot to winter, while cranes, who tolerate winter well, come in the planting season in search of food. Roe deer and hares, in turn, come down from the mountains to plains and valleys when the cold sets in. They nest in suitable trees, protected from the wind. But when the cold grows bitterest, they retreat to forests and regions more to the north.”

Few concepts are as similar to tangential resistance as wu wei, a core Taoist tenet. The concept translates literally to “non-action” or “non-intervention.” This should not, however, be confused with passivity, asceticism or sloth. It does not mean not to do but rather to do by not doing. Put another way, doing things effortlessly. “Wu wei is not inactivity. It is doing things spontaneously, naturally” (Huainanzi). Above all, wu wei is simplicity: doing the least possible. Calm and weakness are maximum virtues. We read in the Tao Te Ching that “the soft and the weak triumph over the strong.” The key resides in hanging back, and beneath, not in front nor on top. To fold in rather than move forward. Wu wei followers “do less and less until they stop intervening in the course of things. They do not intervene in the course of things yet nothing remains unfulfilled. The world can reign only when we do not intervene.” With tangential resistance, you resist without really doing so. You don’t confront head-on; you seek to flow amid what comes to pass, to take advantage of given circumstances perspicaciously. This is the reason there is no pre-existing plan. Very little is strictly necessary: agility, being spontaneous. We know how to parry with what hits us; to elude what gives rise to dissatisfaction or what oppresses us. To be like water that resists from its weakness:

There is nothing in the world softer and weaker than water,
yet nothing can beat it for defeating the solid and hard,
since nothing in it can take its place.
Water defeats the hard,
the weak defeats the strong. 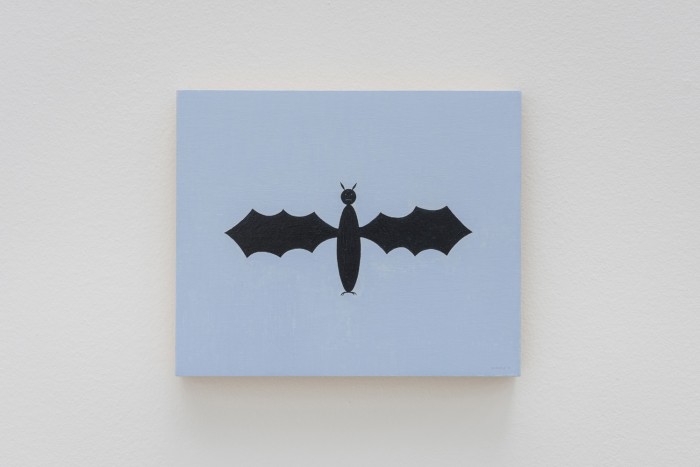 The capitalist system is capable of assimilating subversive acts and incorporating them into its logic. Once detected, they become commodities, configured according to mercantilist principles. It’s strange: visibility, that in other eras would have been considered a positive and necessary element, is today a curse. The greater a social movement or a leader’s strength grows, the more likely it is to be neutralized through a transmutation into a consumer good that —like any other merchandise— is to be quickly used and discarded. Regardless of how biting it may be, critique, when made visible, is reified.

Tangential resistance fully understands this and seeks at all cost to avoid discovery. It detests spotlights and megaphones. It is always practiced secretly, in the shadows. It eschews belief in the public forum’s vitality and power, thus it operates in more intimate spaces and moments. In the widest sense of the term, it is microscopic. It is effected largely without accomplices. It knows collective action is dangerous today because it gives rise to the chance of being detected —and consumed.

Since Ancient Greece, politics is understood as something related to the public. The word comes from the Greek polis, meaning city. But here, city —more than being a spatial entity— means “community of citizens” (Aristotle). Politics, politiké techne is, therefore, the art of living in society. It concentrates on structuring and regulating the life of the polis, social life, to achieve a common happiness and to achieve as much in common.

Tangential resistance is concerned with something else: the private sphere. It is little interested in more just governmental organization or the ideal political system. Its objective is to have a bearing on personal behavior. Tangential resistance operates in an inverted sense to traditional politics; it situates the private as the center of its concerns. The res privata takes precedence over the res publica.

Every time tangential resistance is implemented, specificity and singularity are its point of departure. It does not exist as a duty or any transcendental imperative; it is a gift. As such, it must be received, loosely, and free from both obligations and expectations.

Note: The above is an excerpt from Contra el tiempo. Filosofía práctica del instante, recently published by Anagrama. The book was First Finalist of the Anagrama Essay Prize 2016.

†Unless otherwise noted, all quotations are the translator’s rendition of the author’s Spanish-language citation.

An act of construction