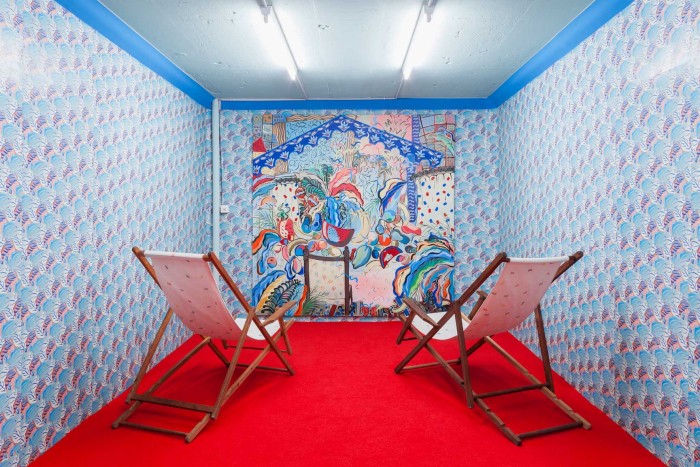 Sol Calero is a Venezuela-born artist currently living in Berlin. In her recent projects, she explores ideas around cultural commitment and identity. With daring installations and social projects whose aesthetics often flirt with kitsch, Calero highlights that when looking at the history of Latin American Art with the eyes of an immigrant, the game of influences is anything but unidirectional. 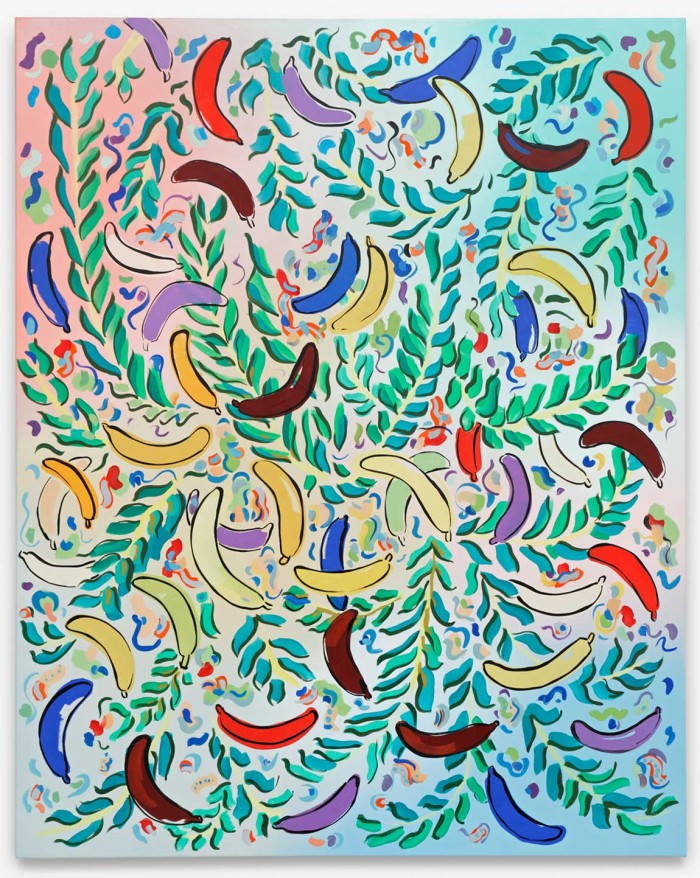 Elise Lammer:  Sol, your recent Fruit Painting series and semi-domestic installations are colorful, saturated with exotic fruits and flowers, and contain a happy mix of symbols and stereotypes appropriated from different Latin American countries indistinctly. Are you suggesting that the audience you’re addressing doesn’t know about the specificities of each country or are you operating this simplification on purpose?

Sol Calero: When I started looking into this topic three years ago, I realized that Latin American art had become more popular among Western curators and artists, and that identity was at the core of most of the projects I came across. Yet, “Latin America” is still often presented as a global and simplified version of all the countries that spread over a wide geographical area. As you suggested, every country has its own identity and history with the associated cultural heritage this involves, but I’m particularly interested in the cultural stereotypes that operate inside and outside of those countries. To me, when dealing with identity, simplification is as problematic as it is fruitful; it boils down to the perception and mediation of the other.

Unlike Mexico, Venezuela–where I was born and grew up until I was 17–has a very different relationship to its own history, mostly because Pre-Colombian Venezuela was populated by nomadic tribes that left little trace of their existence. Lacking the ancient visual markers that other countries have constructed visual identity upon, Venezuela has instead focused on its natural resources and built a visual vocabulary based on representations of the Caribbean, becoming one of the most exotic places in the shared unconscious. My question then became: what would be the essence of the Caribbean if I had to represent it?

You mentioned the bright, primary colors as markers of clichés, yet some of the elements I use in my work refer to specific historical moments. Think of the “Good Neighbor policy,” the political strategy that was promoted by US President Roosevelt in the early 1930s, designed to improve diplomatic relations between the US and Latin American countries. A lot of money was invested in order to promote a certain idea of Latin America, fight xenophobia in the US and most importantly, protect the oil business. This in turn created a whole new identity, and though it was tailor-made for that specific moment and followed a clear political agenda, some ideas and symbols transcended the American territory.

The most interesting part is that such constructed identity in turn influenced people from the countries whose cultural symbols had been appropriated in the first place, leading them to recycle such narratives and adopt them as part of their culture. For example, while artists of Modernismo took great inspiration from French Symbolism during their numerous trips to Europe, Josef Albers’s formalism was clearly influenced by pre-Columbian Art, and countless similar examples. As a kid, I remember often being confronted with representations of the Caribbean that were not far from an earthly Eden. I think the country understood that it could benefit from such stereotypes, at least on an economic level, and learned how to manipulate those symbols to it’s own advantage.

In my work, I try to bring attention to such phenomena, but I always try to avoid being too dramatic about it. My research of Latin American art from the 1960s and 1970s brought to my attention that in many countries controlled by oppressive dictatorships, art was more political and operated as a tool for protest, yet didn’t always portray violence directly. Such strategies inspired me to think of ways to deal with the long and often painful political histories of the countries I’m investigating in a less dramatic way. Venezuela being nowadays one of the most dangerous countries on the planet, I feel a responsibility to engage with my country through my art, yet I don’t feel that simply showing the corruption and resulting crime is the most efficient way to proceed. 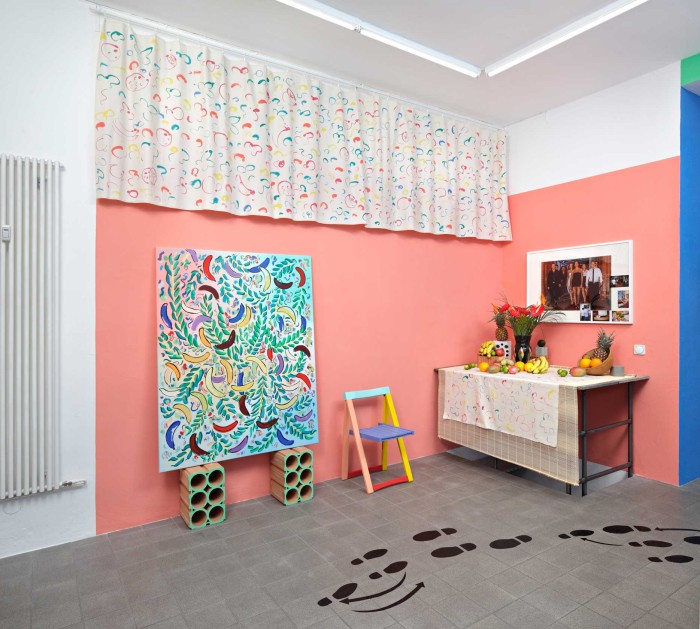 EL: You grew up in Venezuela but studied art and developed your career in Europe, between Spain, Germany, and the UK. Your work bears the influences of all the places you lived in but you also admit to making subtle references to some Latin American painters, with motives borrowed from Diego Rivera and the conceptual approach of Joaquín Torres García. I’m saying “subtle” because I believe the untrained Western eye might not identify them, yet they are obvious references in the Latin American painting tradition.

SC: My work emphasizes that I’m not from either side. I have all the symptoms of the immigrant, who very often needs to simplify her own references in order to blend in a new environment. Having had the privilege of escaping Caracas and having managed to settle and thrive in a safer environment, there is no option for me to go back to Venezuela for more than short periods of time. The current political situation is so desperate that very little of Venezuela’s rich cultural heritage has been able to travel beyond its own borders. This implies that it’s only possible to conduct a thorough research by going there and spending enough time to get first-hand experience; by interviewing people, visiting libraries and exploring the collections of the museums. This to a large extent explains why I use the most obvious references and like to exaggerate them: it reflects my, and by deduction many people’s inability to dig deeper into the country’s history and therefore change the superficial ideas that circulate about it. On the other hand, as a result of a long line of corrupted governments, the history of the country has be rewritten many times in order to match and serve any given political agenda. 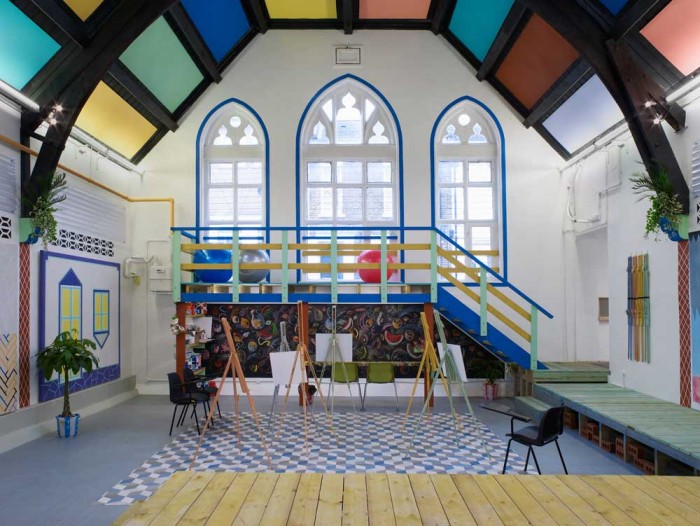 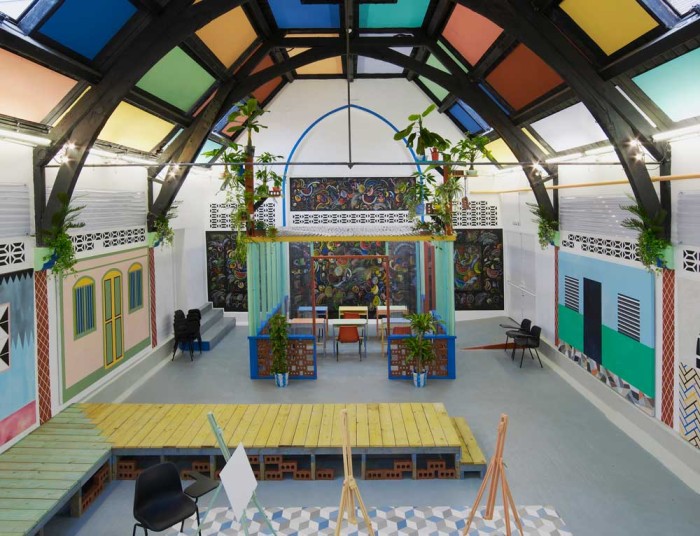 EL: Do you know anything about how your art is received in Venezuela?

SC: The art community is rather small, yet I can’t really tell how my work is perceived there. The first time I exhibited in Caracas, it was on the occasion of the Premio Salón Banesco Jóvenes con FIA in 2014, a national art competition for which I was awarded the 3rd prize and later invited to do my first institutional exhibition (Interacciones, Sala Mendoza, July 2015). For that, I decided to invite all the nominated artists who didn’t get a prize, which led me to conduct many studio visits and learn a lot about what my peers were doing; it was a wonderful experience during which I learned a lot. I felt that in general, artists seemed careful when discussing art, which is probably another by-product of the tense political atmosphere. It’s easier to speak for my fellow Venezuelans living outside of the country; every time I do a show in Europe, strangers come to greet me. They don’t necessarily like the work but there is definitely a sense of pride. The bottom line is that I don’t know if everyone understands my approach and the game behind it. Once a curator invited me to do an exhibition, but only wanted to show my abstract paintings, as they corresponded to a more recognizable canon of art than the Fruit Paintings, which look so typically “Latin American.” I realized that the exact issues I was trying to fight were actually sustained by the same people who had the potential (and admitted will) to solve them. But this is only an anecdote and doesn’t reflect what the younger generation of artists I know thinks, so it might be a generational problem. 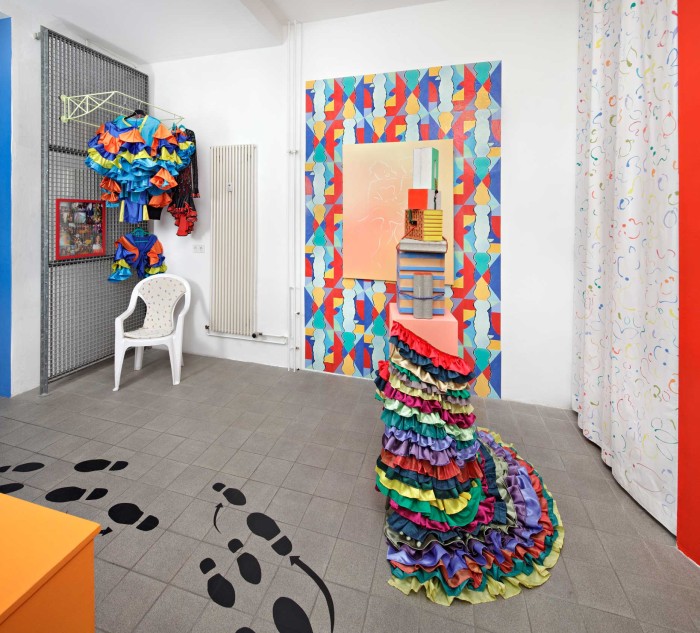 EL: I would like to know more about your background in design. Very often your work materializes in environments that are very carefully arranged, with objects and props that evoke a domestic space where your paintings are integrated in a broader artistic context. Exceeding the agenda of an art object, those props can often be manipulated by the audience in what becomes a stage for social situations to materialize.

SC: I have a background in design and I’ve always been fascinated by architecture, interior design and fashion. That explains why my work is so aestheticized. When creating such social spaces, I’m trying to outgrow the usual function of an art exhibition. In the search for my own identity and in a surge of romantic nostalgia I often need to create environments that encourage people to meet and exchange ideas. Venezuela has a strong street culture and the fragility of the political situation is often translated with the motto “anything can happen,” which is a very rich and fruitful philosophy that I try to translate in my creative process. This spontaneity is very much the opposite of what you experience in Germany, where I’m currently based. It’s also a way of questioning the sacredness of the white cube, which is also a Western invention. Very often the only time the space is activated is during the opening is after everything is pretty much dead. I’m interested in the idea of commitment both from the artist and the audience and I am devising situations that allow for things to slow down while challenging the usual limitations of art institutions. I get quite sad when I get an email asking me when I’m planning to de-install, weeks before my show has even opened! To me this highlights how commodified art has become and leads us to forget why we (artists, curators) are making projects in the first place. 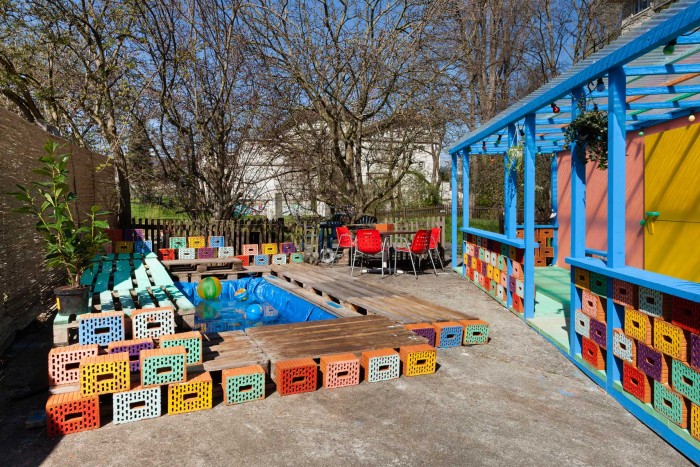 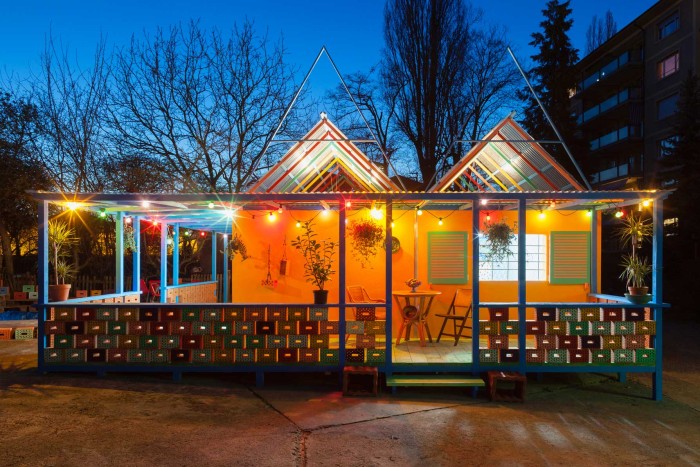 EL: The project we did together at SALTS (El Buen Vecino, Basel, April 2015) was dealing with the community of neighbors living in the residential buildings surrounding the gallery. I remember that the first time you came to visit the space you immediately noticed that, as often in Switzerland, the neighbors didn’t know each other although they shared a garden or had been living on the same floor for years. Your reaction was to create a project that would allow them to meet each other. As in other projects, you consciously instrumentalized your own work in order to encourage interactions that were ultimately out of your hands. Days after the opening, the colorful Caribbean pavilion we built in the garden of SALTS became a hang-out spot for some neighbors.

SC: It was great to find out that it worked out and that some people appropriated this newly created space. Inspired by colonial architecture, it had a front porch and the inside displayed some elements that evoked a domestic space. The shape and colors of the pavilion contrasted so strongly with the surrounding architecture that one could spot it from the other side of the river! Such a simple strategy proved to be successful.

I did something similar with the project Salsa (Gillmeier Rech, September 2014), during which I redecorated a salsa school in Berlin and organized free dance classes. Only German teachers worked there and the project proved how anyone can appropriate anyone’s cultural identity. Not only were they great dancers, they had developed a very “Latin” attitude that could not have symbolized the “exotic” better. In both cases, I built environments that were able to alter and question the behavior of the people activating it, bringing a new reality that to me is truly hybrid.

Clemente Jacqs is not a brand of ketchup

"Crimes Against Nature": Words to Tread the Paths of Resistance