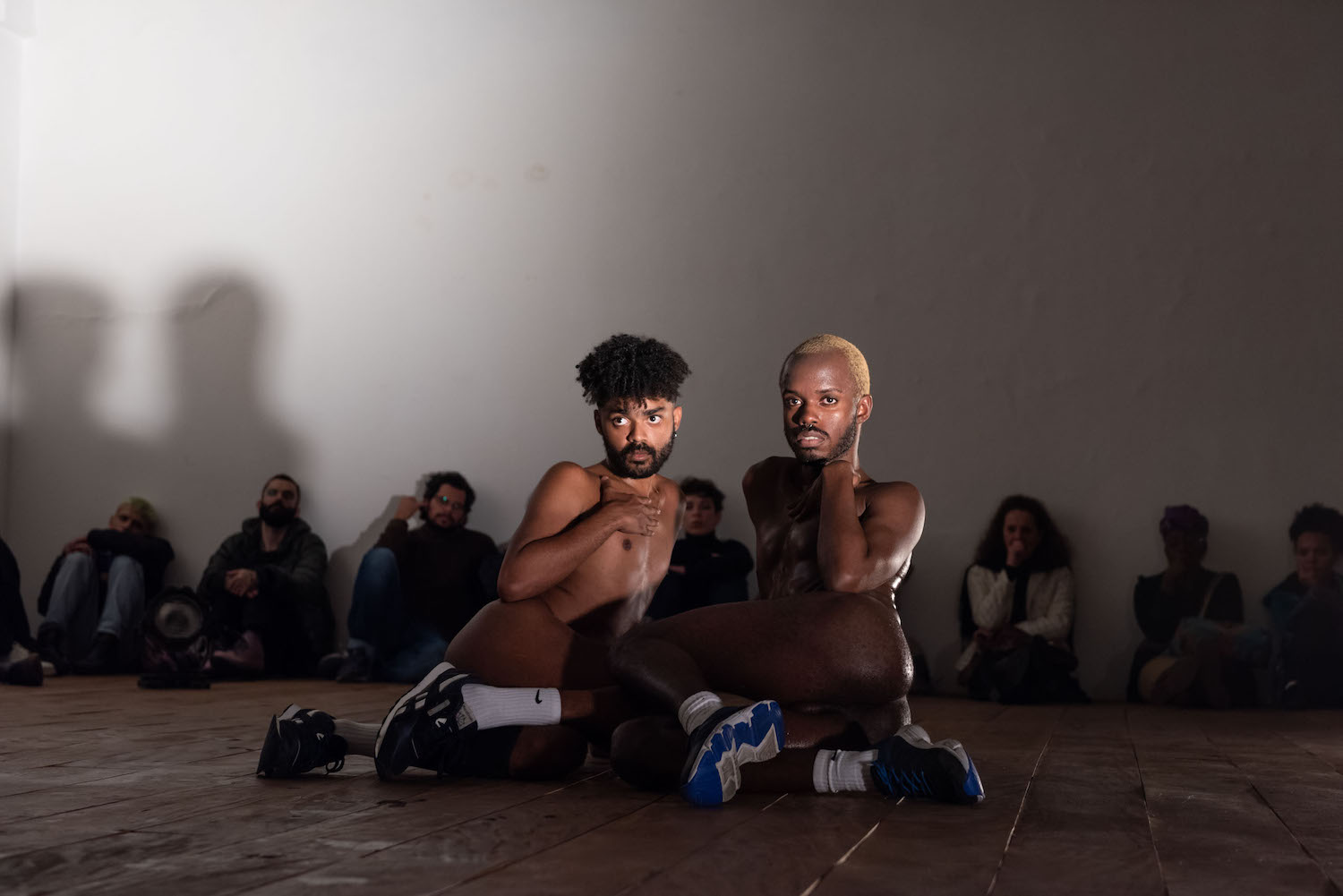 Today, the third edition of Valongo, Festival Internacional da Imagem, opens in Santos, São Paulo. Created in 2016, Valongo aims to “investigate the different forms of conception and production of visual narratives that accompany the contemporary debate” through exhibitions, conferences, workshops, and shows. We present here an interview with Diane Lima, curator of Valongo 2019 to learn more about her curatorial line and the context where it unfolds.

Terremoto: Created in 2016, the Festival Internacional de Imagem has as its main objective to “investigate different forms of conception and production of the visual narratives that make up the contemporary debate”. I would like to begin this interview by asking you to contextualize the cultural context that encompasses the articulation of visual narratives in the artistic community in Brazil, of which you are part of, in face of the fascist and mediocre cultural policy of Jair Bolsonaro, who has censored precisely those images that project other ways of seeing and conceiving the world on the grounds of “preserving Christian values” –values that include an exacerbated racism. What do you face today in Brazil as cultural and art workers in the visual culture field? What is the importance of spaces like the Valongo Festival?

Diane Lima: I think of censorship not as everything that is only made visible and public through prohibition, but as the whole process of reduction that precedes the visibility of the debate. I understand that before something is materially repressed in terms of a democratic fiction, we have been the target of systematic containment attempts that, through different legalized procedures, aim to make invisible, turn off, silence and make impossible our ways of seeing and expressing in the world.

In this game between the visible and the invisible, which throws us daily into a place of vulnerability and impotence by updating and reassembling the old neo-colonial-liberal strategies, I realized that part of our work as cultural producers has been to negotiate with the effects of contradiction. As racialized and dissident bodies, moving through the changing terrain of the conservative ethical nonsense in Brazil has been a daily exercise that involves strategies for incorporated knowledge production, language exercises and access to the invisible; of temporary speculation, optical games, production of wellbeing and, above all, from my part, the destruction of the conditional regulations on the understanding of “the feminine” through a review of affections, feelings, and all the biologizing fictions: the creation of a porous body, oceanic, monstrous and, therefore, supernatural. In terms of art, it implies observing the effects of our lack of liberation and excessive control of the imagination to think of ways of seeing and conceiving the world that historically have not been available to us.

In this sense, I see that Valongo has been one of those deserts where it is possible to experiment with an exhibition policy that involves us from the personal and emotional, and that today, it has become one of the main references in the country to bring together a production that has tried to move away from the hegemonic values of politics, of the body, and therefore, of contemporary art. 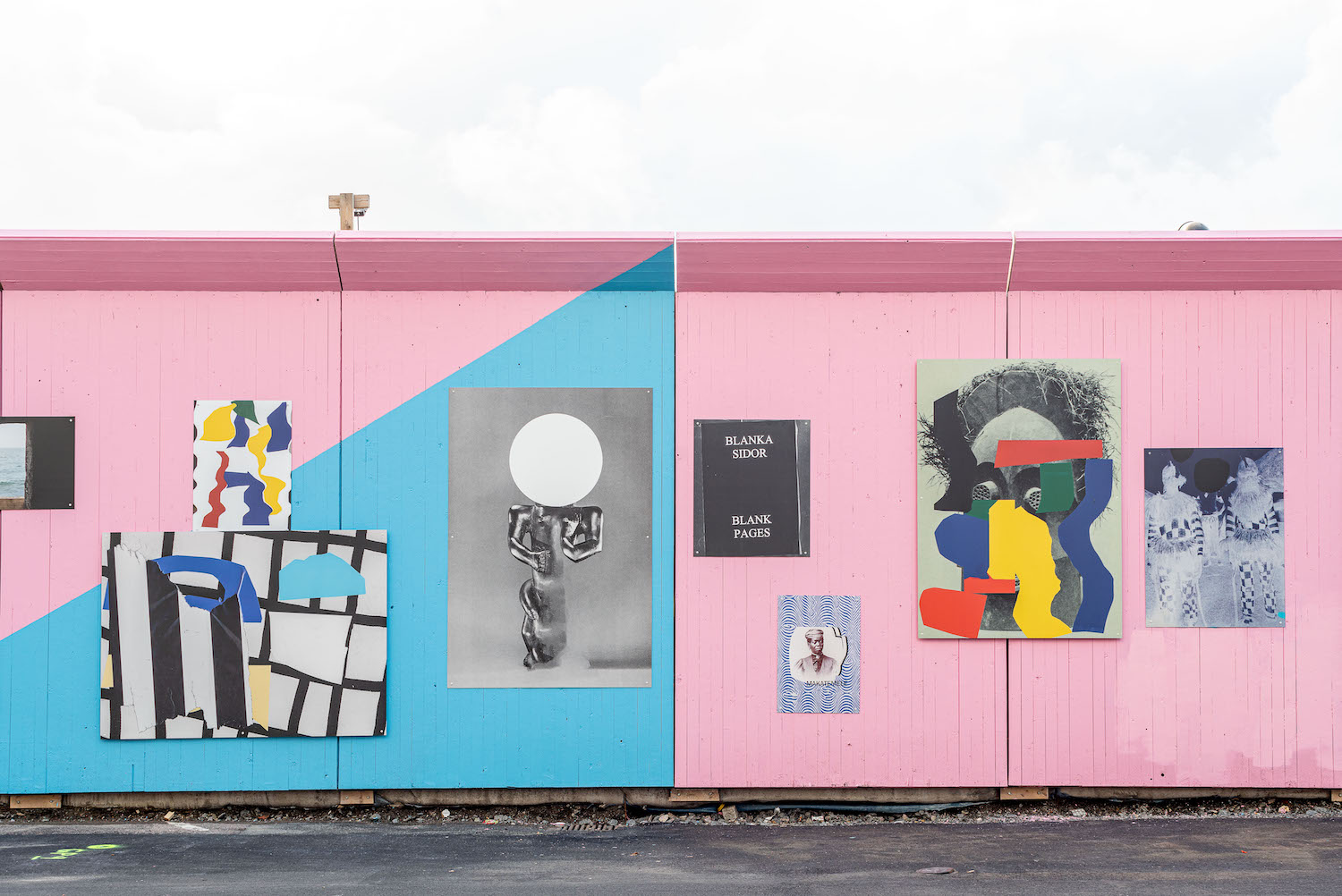 T: Following from this, we would like to approach your curatorial process for the Festival through the emphasis that you have placed on the “delay” in your curatorial text, lethargy as a reminder that “acting and living”—borrowing words from that text—is a weaving of language that communicates when the experience is recognized as something shared. Tell us about your reflections on the power that lies in the multidimensionality of language in terms of enabling the common, remembering that the common is only possible through a series of discounters.

DL: The title of my curatorship was a bit of farewell advice that I first heard from my mother’s sister, my godmother Darlúcia, who said: “The best thing about the trip is the delay.” The lesson has to be decoded in the journey ahead, it would take as its main secret the fact that the only way to understand it is through the lived experience: like every proverb, only what was said when acting and living is understood, and it can only be said, having been experienced and learned.

I believe, then, that the power of the title refers both to the set of reflections around the incorporated and common knowledge and to the movement that invites us to realize this knowledge when it is enunciated through an experience that has its meaning understood and manifested in language itself. This means that as a word-frequency, which speaks of itself and from itself, the waves and radiations impregnated in the act of pronouncing, reveal a cosmology as well as an experiment that inaugurates dissident forms of expression and imagination by materializing in its own way of expressing. Such questions have been fundamental in my practice since they lead me to experience an exhibition policy that starts from our own production of knowledge, performing on what is aesthetically visible but expanding, from an ethical point of view, on its structures. I cling to that common with all the conflict it contains, the concretion of its own delay, so Valongo 19 researches the visionary potential of images capable of realizing our multiple ways of being.

T: Can you expand on the ethics you refer to in terms of exhibition policies in contrast to the whiteness that is at the center of contemporary art structures? How does this condition the visionary potential?

DL: In view of the modification processes that seek to rethink the forms of exhibiting that we know, I have been thinking how—and if its possible—to create in the projects that I have been carrying out, not an “exhibition policy of the other” but an “exhibition policy of an us” that calls into question the regimes of truth and visibility of the hegemonic epistles of contemporary art. A policy that at the same time allows us to perform our knowledge from an ethical and aesthetic point of view, spaces where we can exercise these potential visionaries.

Said perspective resonates in a text I wrote recently called O nascimento da forma [The birth of the form]. In it, I reflect that if we understand that any initiative committed to decolonization—its exercises, gestures, and acts—by ontological condition, will begin with the presupposition of the creation of shapes that do not exist, so that the possible creation of conditions is presented as our challenge so that what is trying to take shape in the world reaches its meaning: the action of a political body whose voice in the world takes place in the very gesture of dismissing the need for a descriptive and categorical way of talking about it, moment in which we see the birth of the shape. 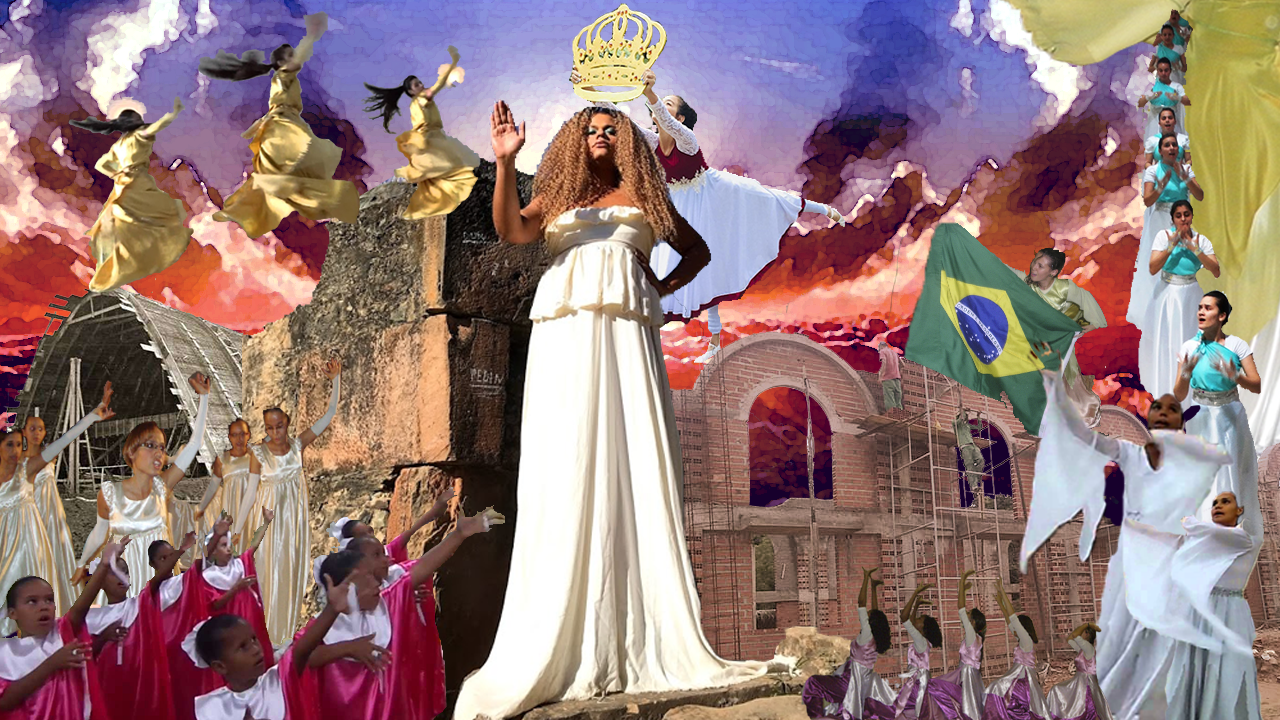 T: Departing from what you just said, what can we expect from your curatorship for Valongo 2019 in relation to the multiplicity of being?

DL: Dialoguing with ruins, monuments, squares and historical buildings, as well as an artistic residence, an accompanying program, educational activities, performances, shows and a collective exhibition—which is the product of three open-calls with a total of almost 50 artists/researchers—in this edition, various works propose to erase the limits of representation through a political exercise of imagination. In the meantime, we can cite the work of Ventura Profana who, affirming herself as an apocalyptic body through music, performance and visual arts, inaugurates the festival with a research around two processes of translation and interpretation of biblical texts quarreling over dissident narratives in terms of the spiritual produced by non-normative bodies.

I would also like to mention the Swedish-Senegalese artist, Eric Magassa, who through a mixed-media installation with a palette of bright colors and abstract pictorial elements, questions how wandering, drifting and disorientation can stress our mental and terrestrial geography by experimenting with ways of re-defining our imaginary and colonial archives.

On her part, the artist Malú Avelar brings the Sauna lésbica [Lesbic Sauna] installation, a space of viscous imagination to slide and celebrate the presences and experiences of lesbian women. During the three days of the Festival, the installation will be activated with performances, readings, parties, experiences, and audiovisual works.

From her experience with metalwork, artist Rebeca Carapiá presents the series Como colocar ar nas palavras [How to put air in words]. Composed of a set of 6 large iron sculptures and a set of canvases with sculpted copper drawings, the artist has created a whole cosmology that presents the deconstruction of female geographies to enable other ways of noticing the difference without explaining it.

And finally, I would like to mention David Pontes and Wallace Ferreira who present Repertorio No. 1 [Repertory No. 1] where they invert the idea of dance as self-defense by using mimesis and ritualized repetition of gestures to produce a study on images choreographed by dissident bodies, in an attempt to present actions that develop resistance, conjure up ways of remaining in the world and inventing what has to succeed it. 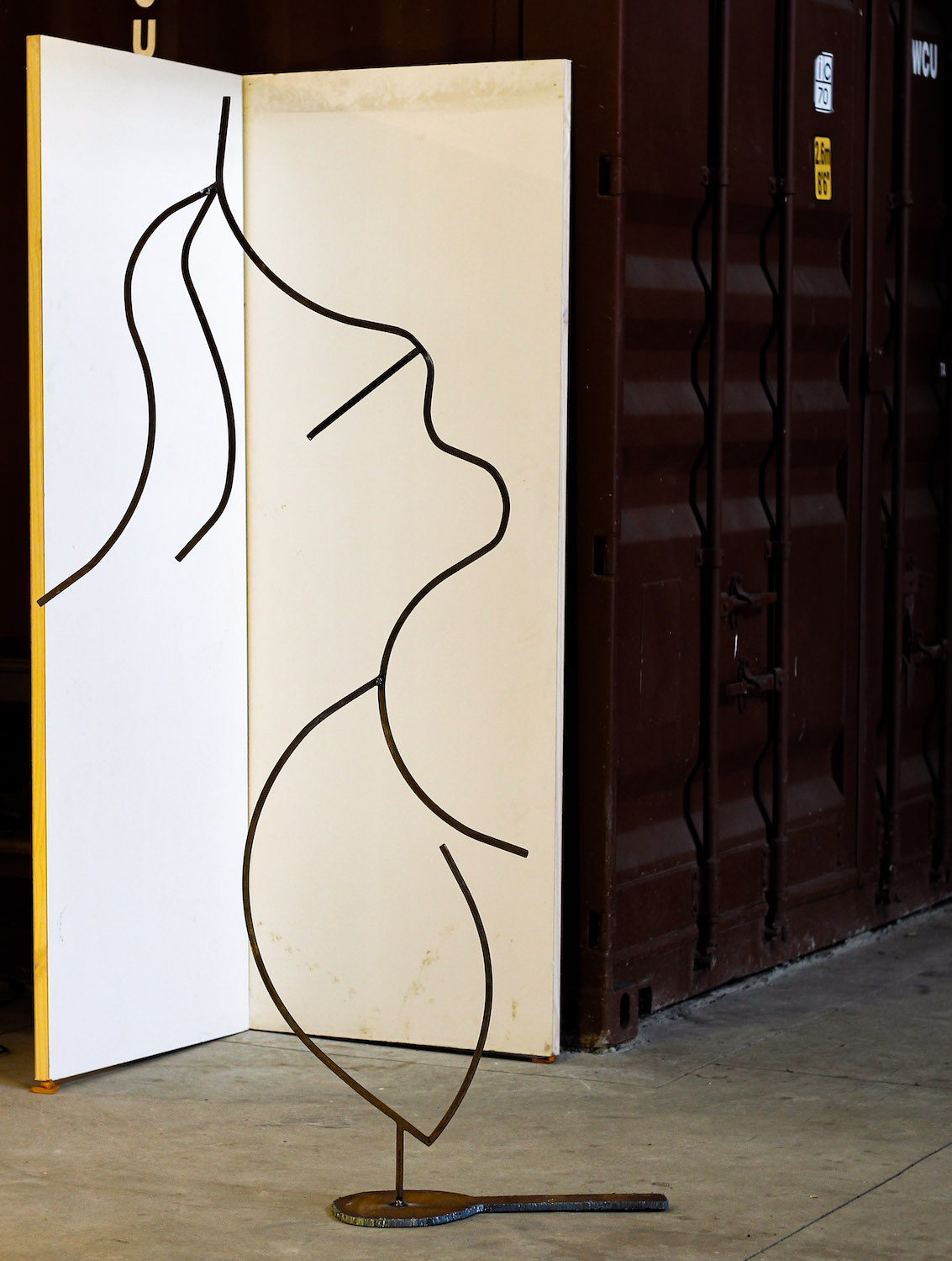 T: To conclude this brief interview, I would like to ask you about those artistic and cultural projects with which this edition of Valongo presents as part of a dissent and resistance network in light of the whiteness that crosses the Brazilian cultural context from its public instances to the contemporary art system.

DL: Nowadays the festival has a network of collaborators that I believe not only goes through an institutional articulation but, above all, through the networks of affection of all the people who are supporting us and that are fundamental in our attempt to think about access economies and the contradictions that arise in these negotiations in view of the precariousness of the cultural system in the country. In this sense, I could not refrain of mentioning Mova Produtora, my lifelong partners, who were fundamental to the realization and wellbeing of the Festival; the Galpão Base that was in charge of our museography; or Fabiano Procópio, designer who created all our visual identity; to researcher Tarcísio Almeida for his contributions to curatorial research, as well as to our extensive communication team with names such as Gabriela Monteiro, Mariana Rodrigues, Lara Rivetti, Rafaela Candido and Vitor Reis. It is also important to mention the communication that the founder and director of Valongo, Thamy Matarozzi, has created with all the cultural institutions that support the Festival. Also, partners alike Midia Ninja, the Burako’s cultural center and Armazém 33 were fundamental, not counting all the artists who mobilized and made this Festival possible. To all, my greatest gratitude.