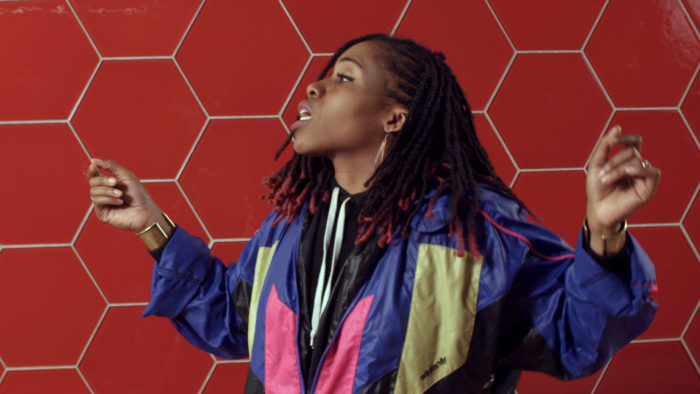 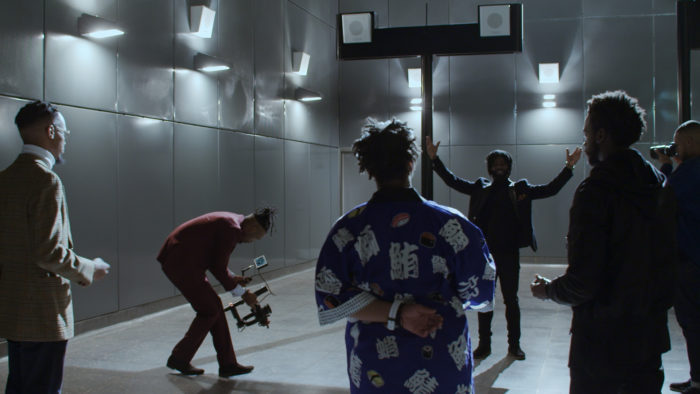 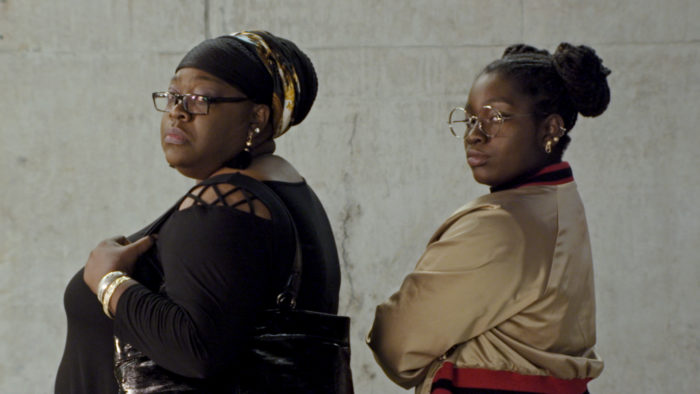 Fortes D’Aloia & Gabriel presents RISE, the first exhibition by Bárbara Wagner & Benjamin de Burca at Galeria, showing the most recent film collaboration from the duo. Commissioned by AGYU (Art Gallery of York University, Toronto), the piece investigates the musical universe of a community of young poets, rappers, and singers who meet weekly at a community center in Scarborough, on the outskirts of Toronto, Canada.

RISE—acronym for “Reaching Intelligent Souls Everywhere”—is a movement created by the Canadian poet Randell Adjei around the practice of spoken-word, which since 2012 organizes meetings where poetry and music are used to share stories and personal experiences. Six years after its founding, RISE has become an expanded art platform that encourages the introduction of Torontonians to the field of performing arts through the concept of edutainment—a mix of education and entertainment. The movement is made up of historically marginalized slices of the city’s population, which are comprised mainly of young people from the first generation of African and Caribbean descendants born in Canada.

In the film, Bárbara Wagner & Benjamin de Burca direct their gaze towards this new generation of artists whose poetics subvert the usual codes and signs of the American rap and hip-hop industry, such as the glorification of crime and objectification of the female body. In exchange, the narratives of the film’s cast come into play—all textual and musical material of the film was created by the characters—, highlighting values such as love, work, and justice. The performance for the camera takes place in a subway station, part of a newly inaugurated line that has undergone building work for about 20 years. Toronto’s new underground galleries symbolize the connection between the city center and its outskirts, such as Scarborough, thus revealing the allegorical dimension of choosing them as a setting. In their body of works, Bárbara and Benjamin develop a collaborative practice in which decisions are taken bilaterally between the duo and the ones they portray. Their films take the form of musicals that defy conventional
notions of genre insofar as the fictional and documentary dimensions become hybrid in order to establish a third language-territory. As in a hip hopera in four acts, RISE employs rhythm and poetry as catalysts of a complex diasporic and multicultural context.

See You on the Flipside